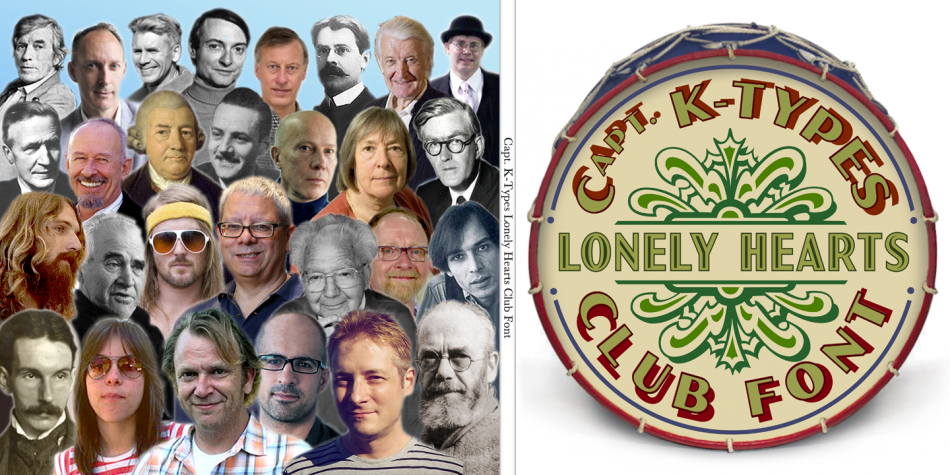 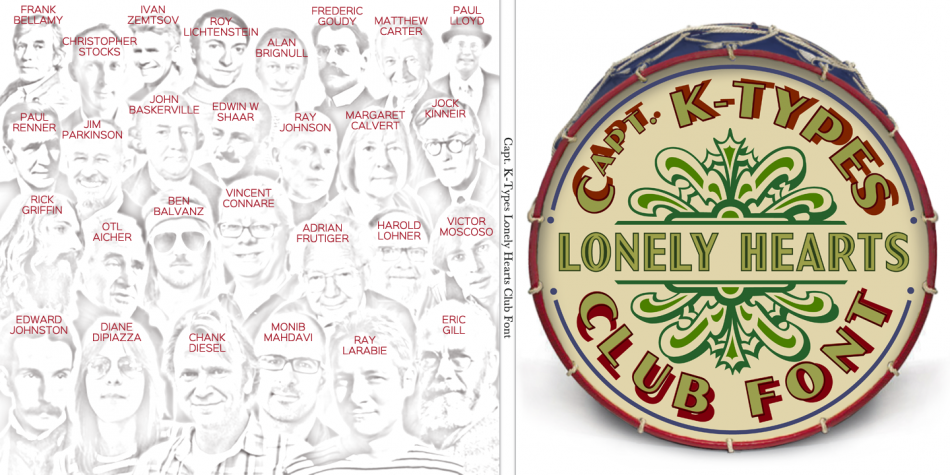 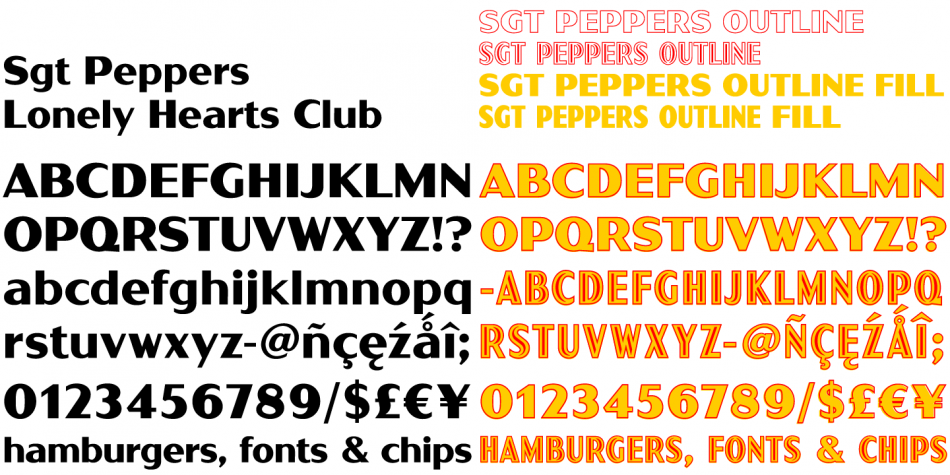 Sgt Peppers Lonely Hearts Club is a sans serif and art deco font family. This typeface has three styles and was published by K-Type.

SGT PEPPERS LONELY HEARTS CLUB is a typeface inspired by the capital letters on the bass drum in the Beatles’ Sgt Pepper album cover. The original lettering was hand painted by fairground artist Joe Ephgrave during March 1967 in an art deco style he called ‘futuristic’. The font completes the uppercase, adds a lowercase, and includes a full complement of over 400 characters.

SGT PEPPERS OUTLINE and SGT PEPPERS OUTLINE FILL are two fonts with matching spacing and kerning that can be overlapped for creating bicolor/multicolor effects and faux drums. The Outline and Outline Fill fonts do not contain lowercase characters, instead they comprise two weights of outline capitals as painted on the Sgt Pepper drum. The uppercase letters are in the wider style from around the outer edge of the drum, and the lowercase keys deliver the more condensed ‘Lonely Hearts’ inline style from the middle of the drum.

The uppercase Y has been flipped to produce a more conventionally acceptable character with the thicker diagonal arm on the left. However, Joe Ephgrave’s reverse Y (with inline) is included in the Outline fonts at the Section keystroke § (Alt-0167 on Windows).

A simplified vector image (mono) of the bass drum without lettering is also included within the Outline fonts at the PlusMinus keystroke ± (Alt-0177 on Windows).