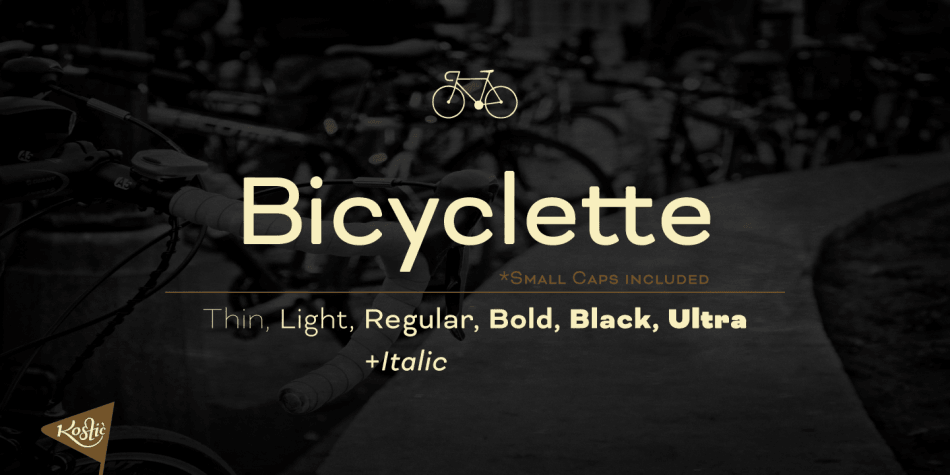 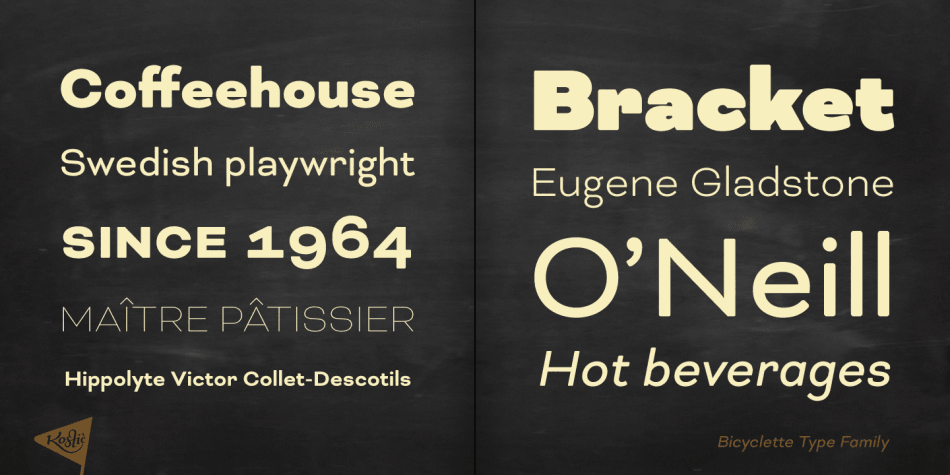 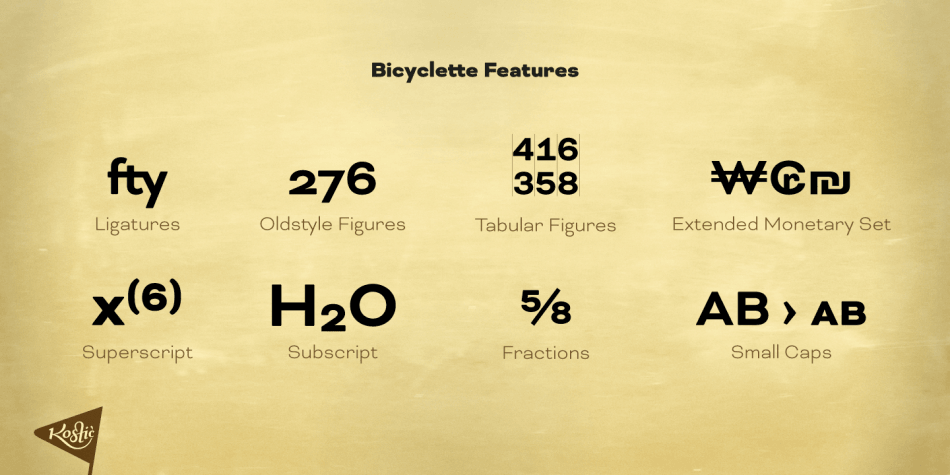 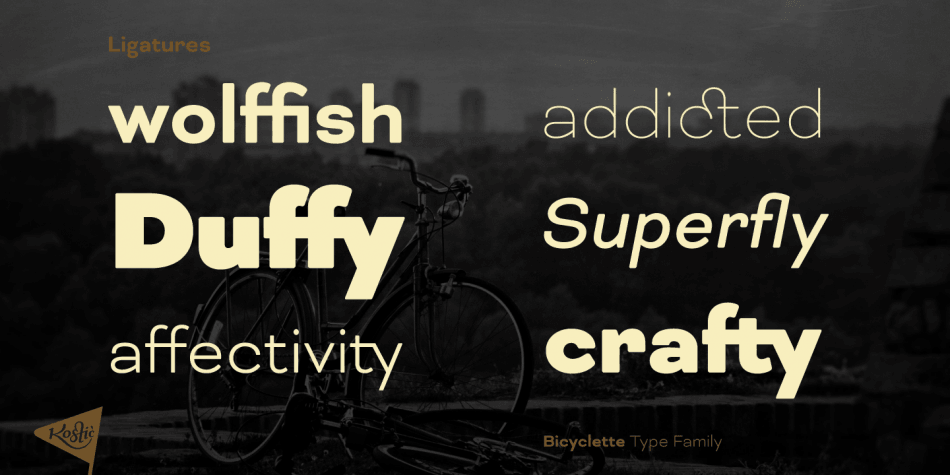 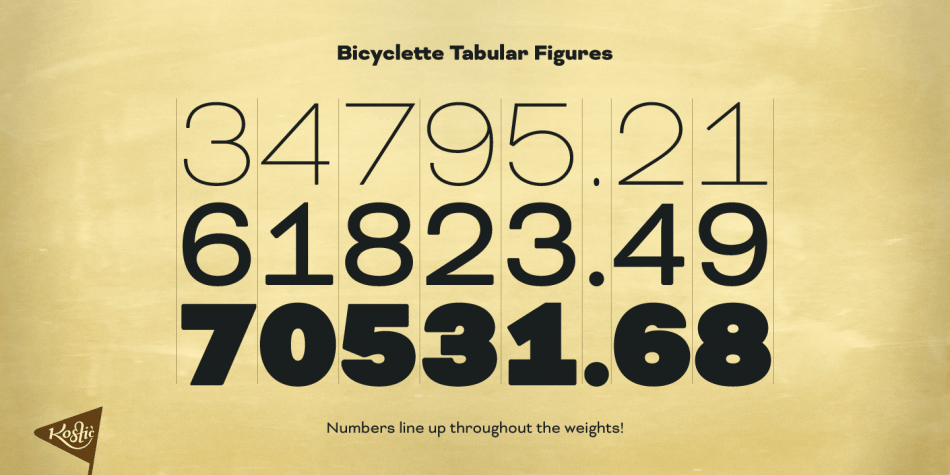 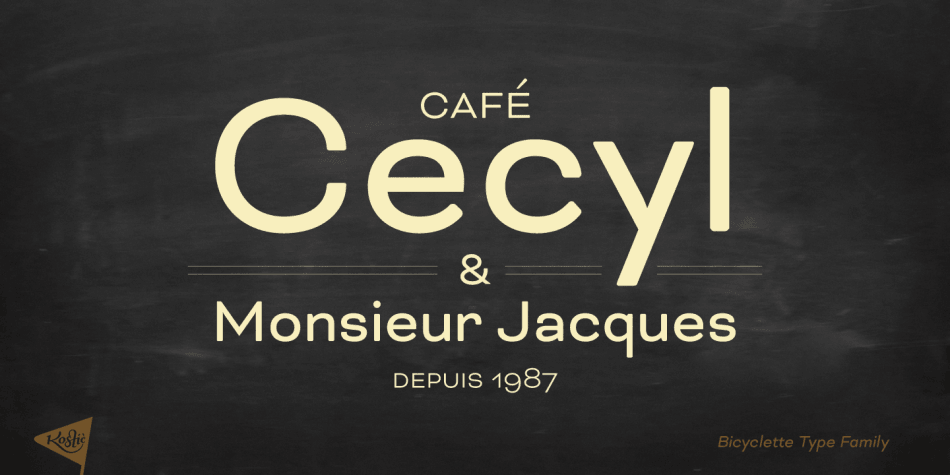 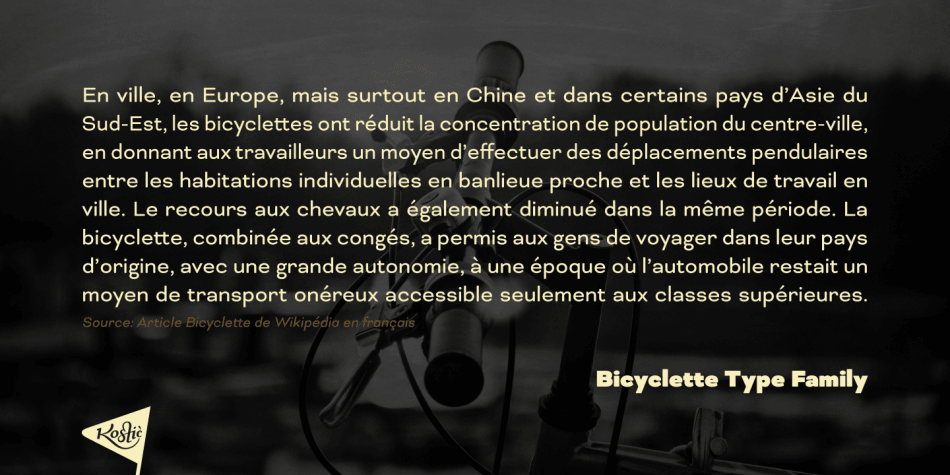 Bicyclette is a sans serif font family. This typeface has seven styles and was published by Kostic Type Foundry.

The name for this typeface was chosen because Bicyclette is all about balance and elegance. The idea was to create a highly contrasted sans-serif family carefully balanced between gentle curves and sharp angles, with large capital letters opposing uncommonly short lower case, trough six distinctive weights. Letters are wide, and capitals pop up in headlines while lower case leaves a lot of white space between the text lines because of its small x-hight. Edges were rounded in detail (not so much for the family to be called rounded), just enough to make the text feel slightly softer, gentler, while retaining some of that technical sans sharpness.