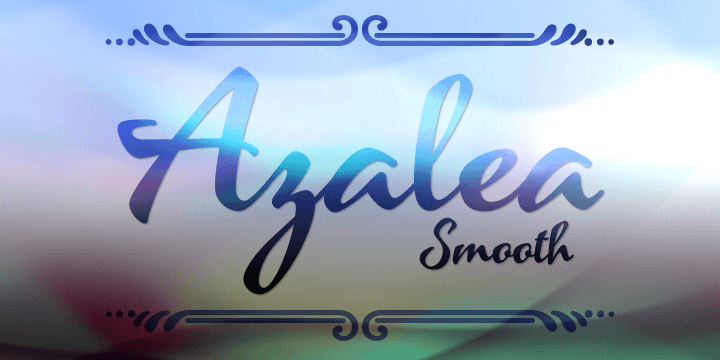 Azalea Smooth is a dingbat and brush script font family. This typeface has two styles and was published by Laura Worthington. 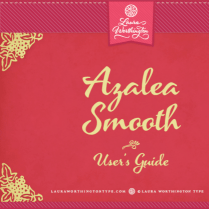 I love big, round, fancy letters – a beautiful flourishing script. But what I love even more in a script typeface, is a design that is distinctly different. A glimmer of the exotic, a touch of the unusual. Azalea is just that, and it possesses the ability to work in many design situations.

Azalea comes in two varieties. The clean lines of Azalea Smooth accentuate it’s jaunty, angular letterfoms, giving it a modern look. Azalea Rough has a rustic, organic feel with a distinct irregularity to the letters that provide it with a unique appearance. Azalea Rough features an alternate set of capital letters that are a bit more casual than the standard set.