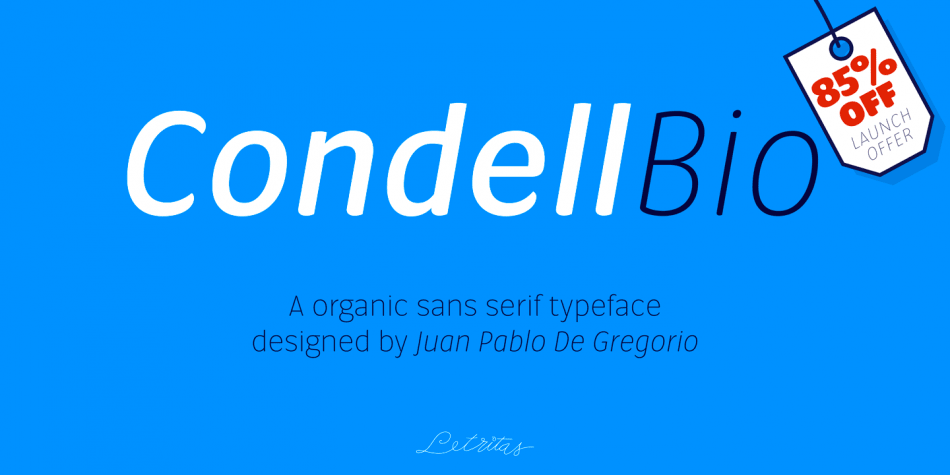 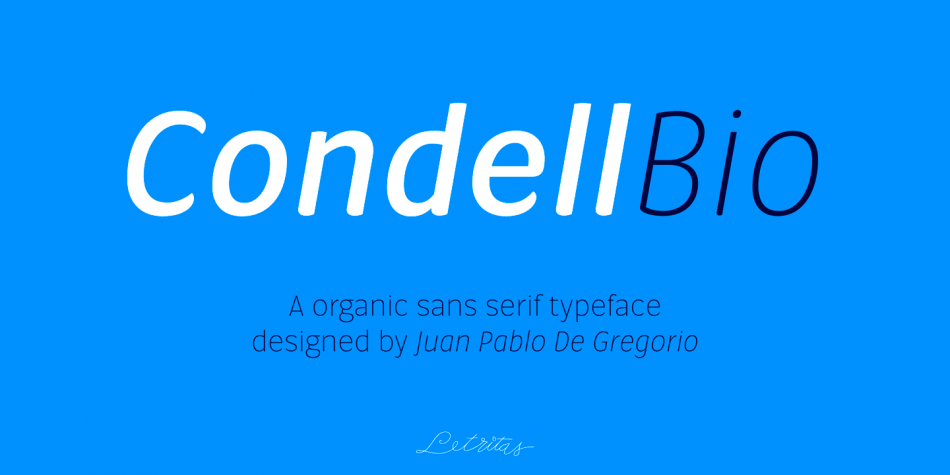 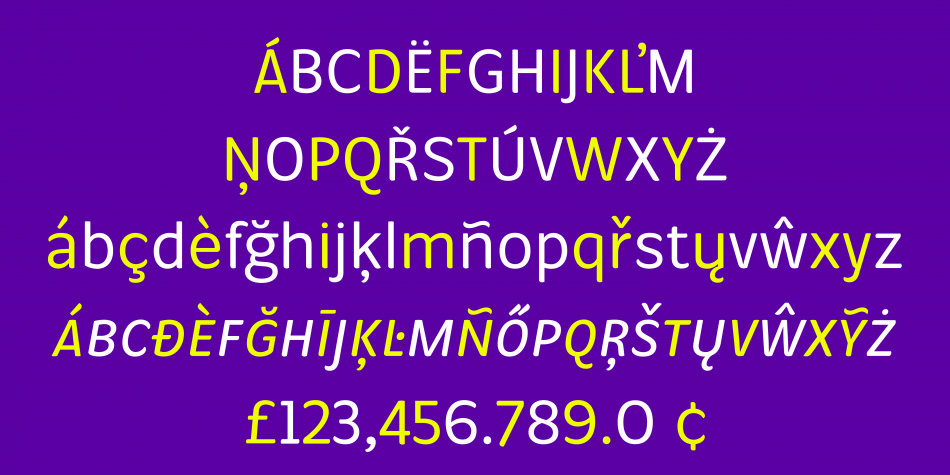 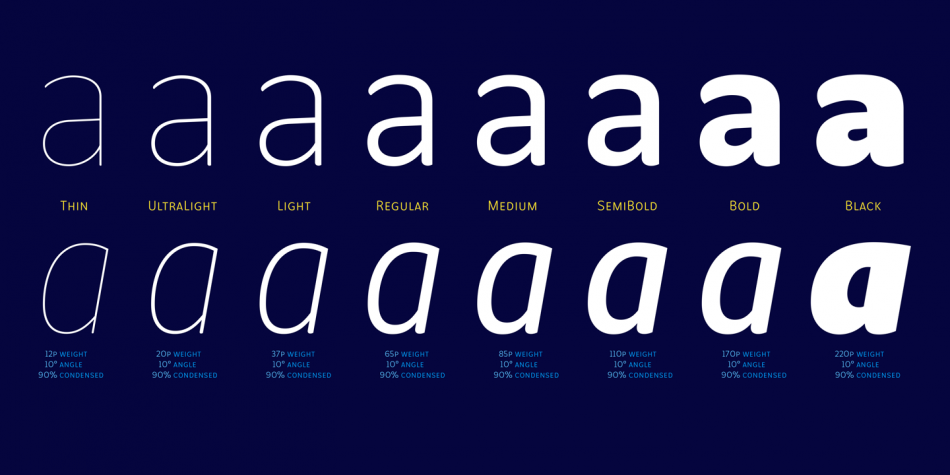 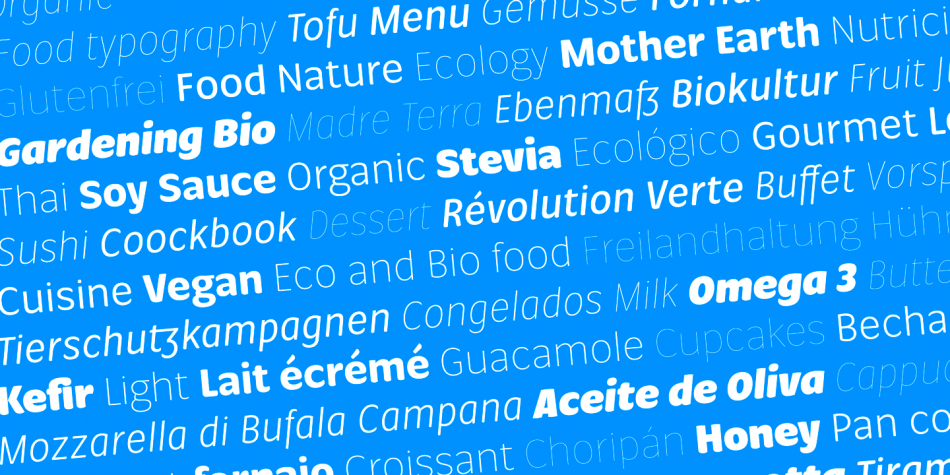 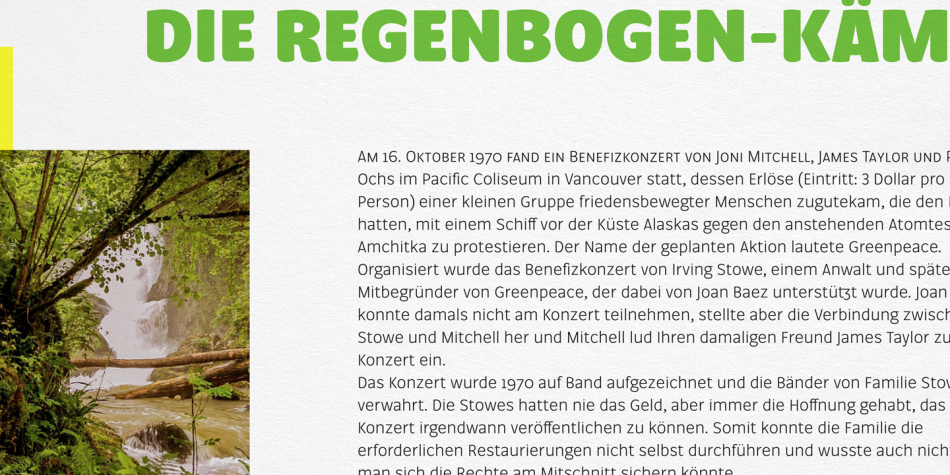 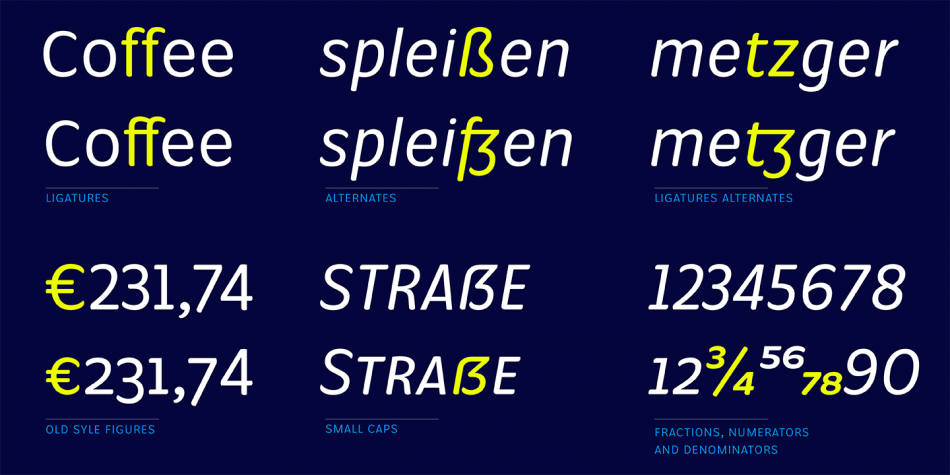 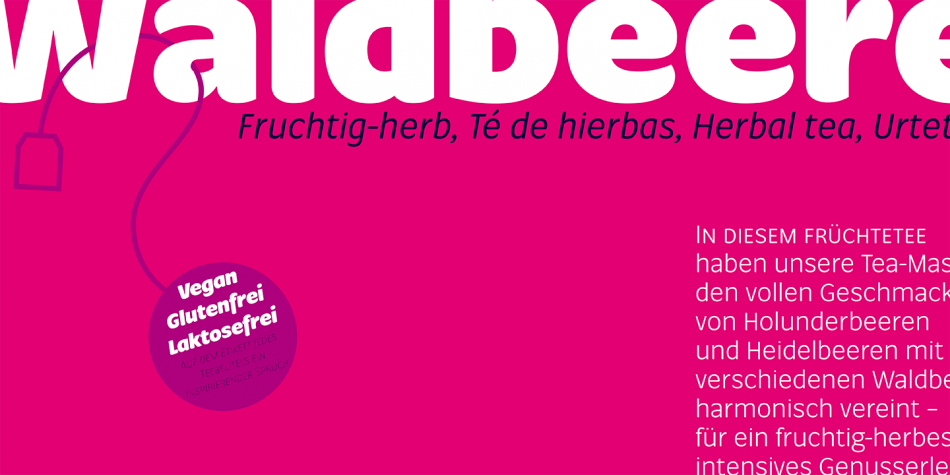 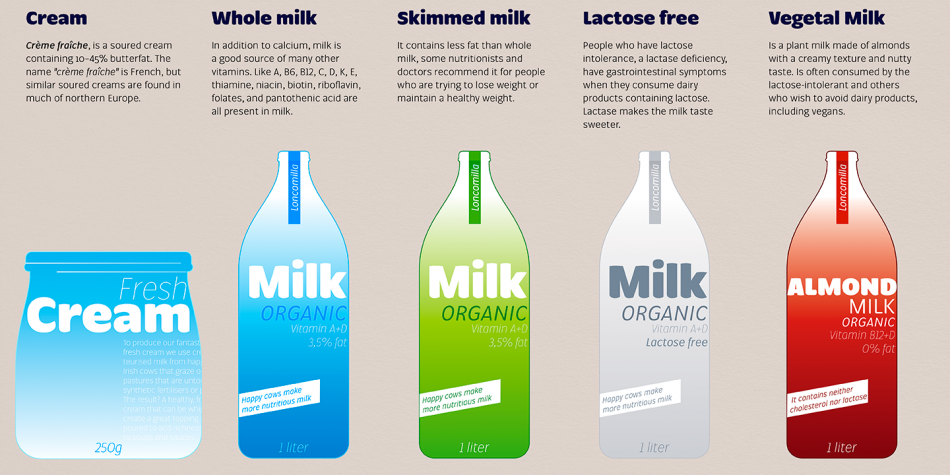 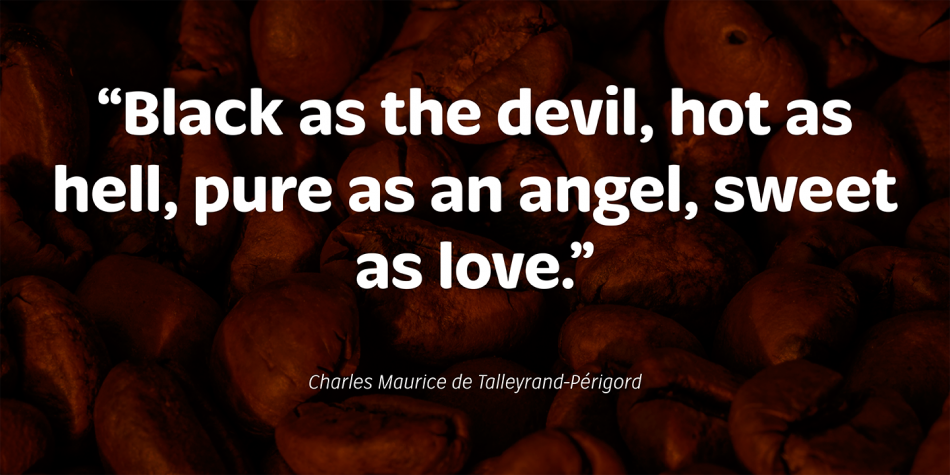 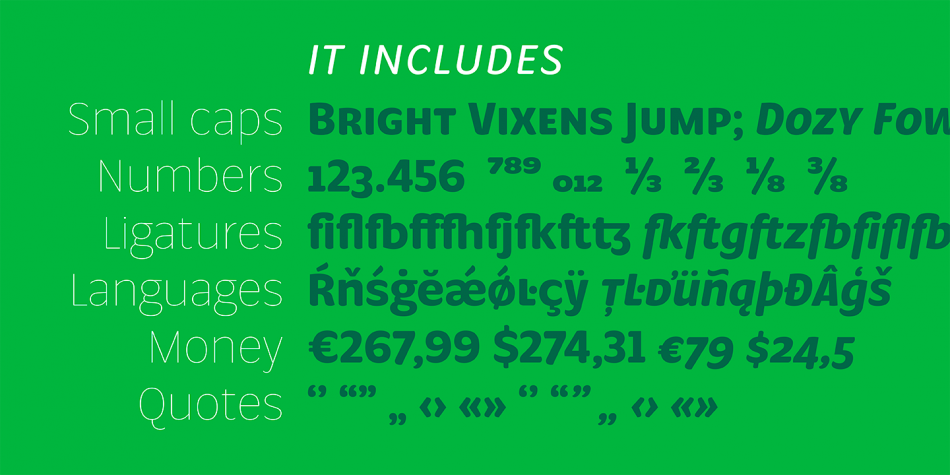 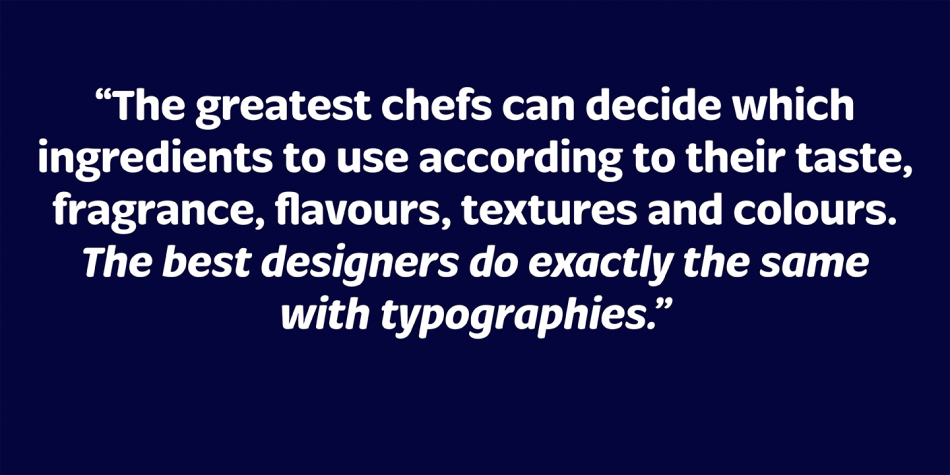 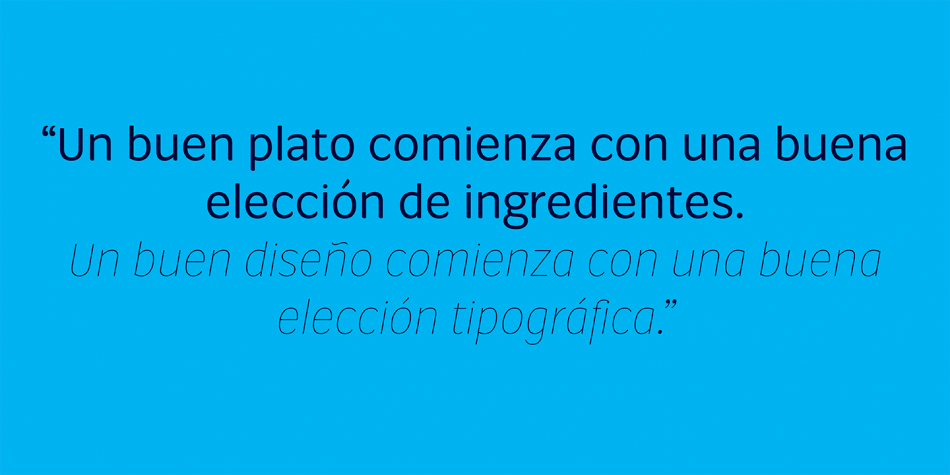 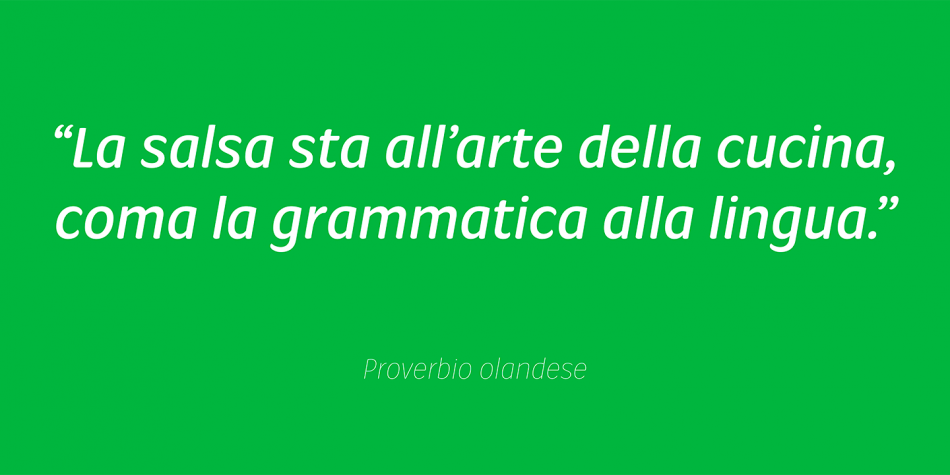 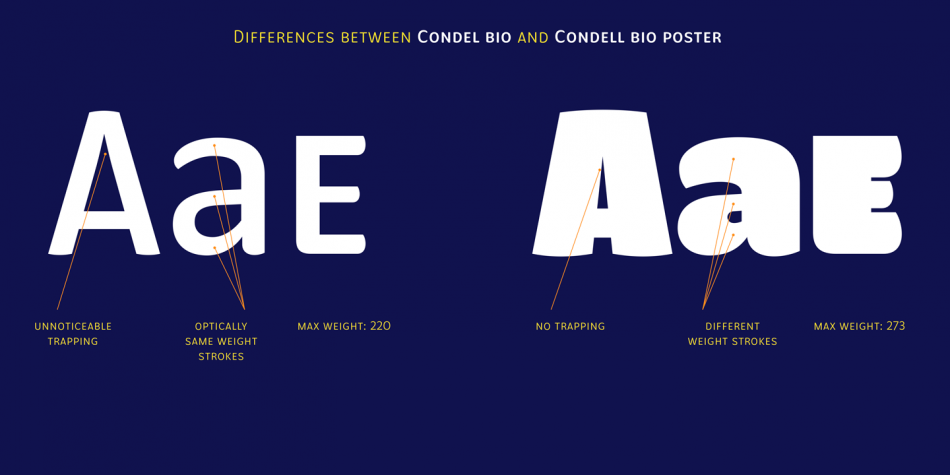 Designed by Juan Pablo De Gregorio, Condell Bio is a sans serif font family. This typeface has sixteen styles and was published by Letritas.

A sixteen font family. This contains every font in the Condell Bio Family.

Condell Bio is part of the bigger Condell family: a project who involves series of typographies and whose early conception and development began in 2006. Unlike its Poster version, with its excessive and eccentric forms, Condell Bio tries to adapt itself to a monolinear shape, but conserving at the same time the organic character of its forms and endings.

In this way, Condell Bio is able to expand its typographical use fields to a vaster scale. Condell’s endings and organic strokes haven’t been conceived in a structural way but stylistically. This means that Condell’s high readability doesn’t change and its original personality and idiosyncrasy as well. Condell can be said the ideal typography for connoting the corporation and brand identity, because of its high readability; especially its “eatable” forms, who collects images of food, are easily adaptable to food industry. Condell is highly recommended for the following products groups: cleansers, dish soaps, toothpaste, all sorts of personal hygiene products (shampoos, soaps,..), industrial cleanser products and also for products which refer to its softness, volatility, and smoothness.

Condell’s soft forms and nice endings, inspired through spontaneous brush strokes, give to the typography a very peculiar pleasant connotation. Its Italic (10 degrees inclination) has been produced singularly and not automatically calculated by the software.
Condell Bio Poster is composed of 16 fonts: from thin to black, whose weights are in regular and italic. Each singular weight has 600 characters and is composed of 206 languages.