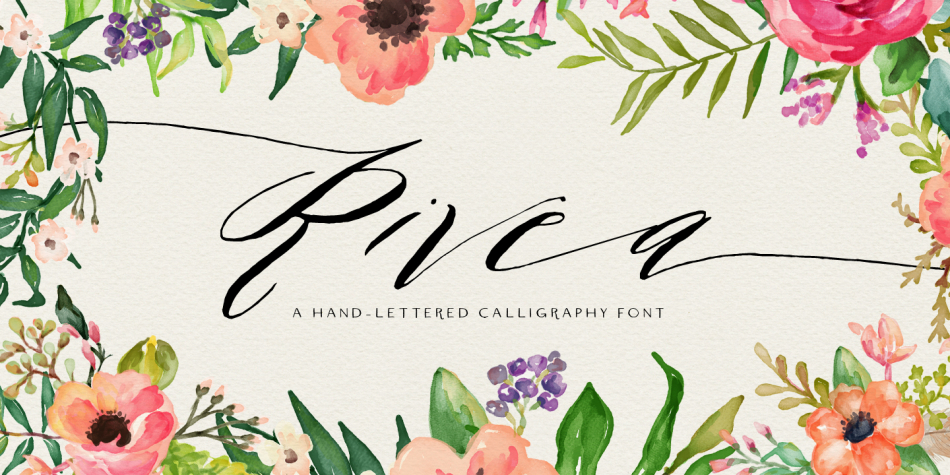 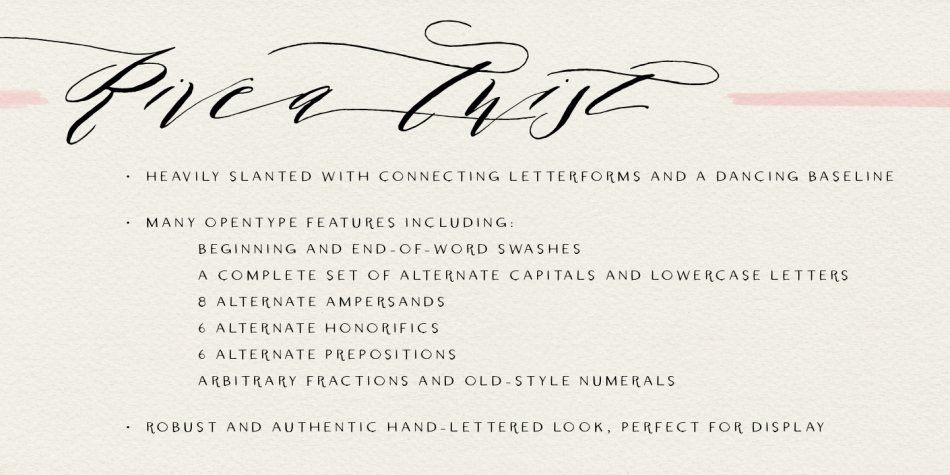 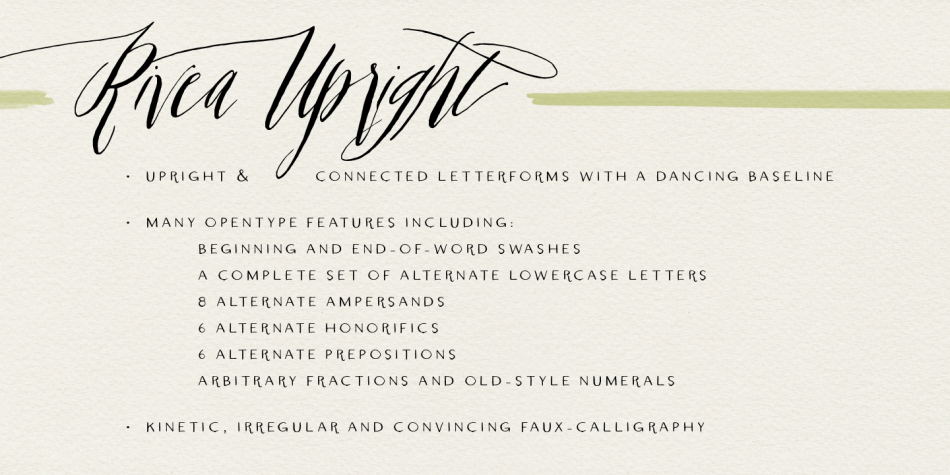 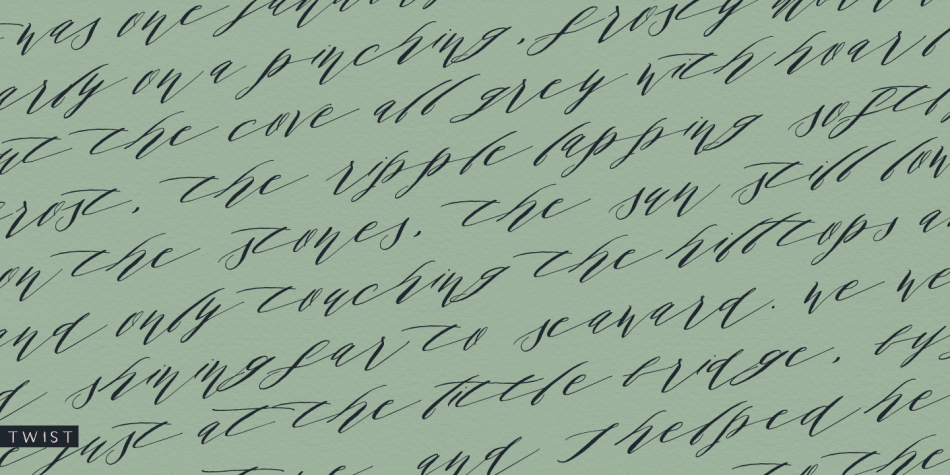 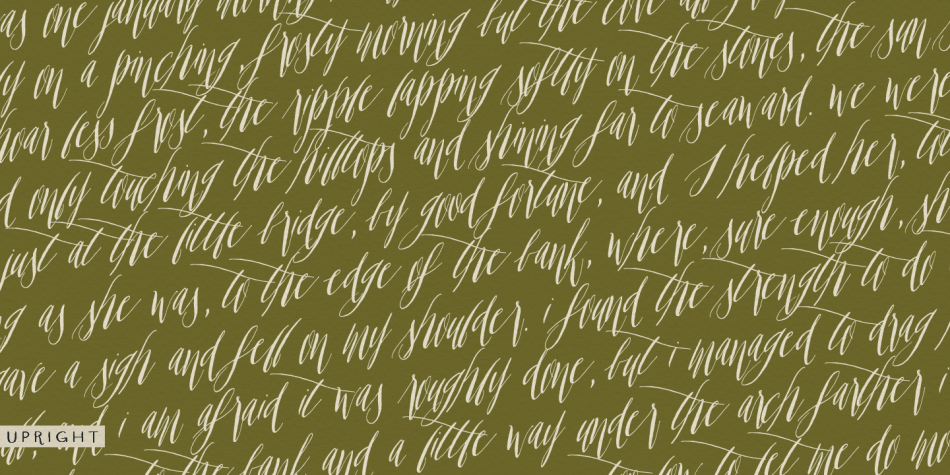 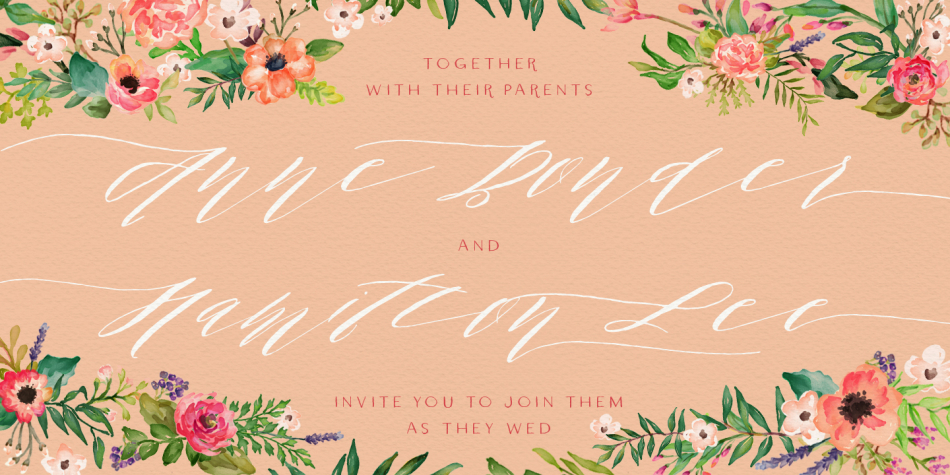 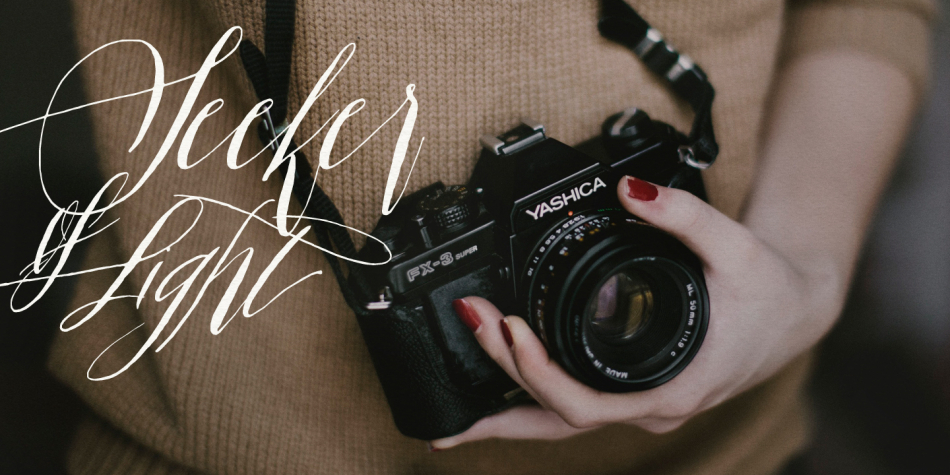 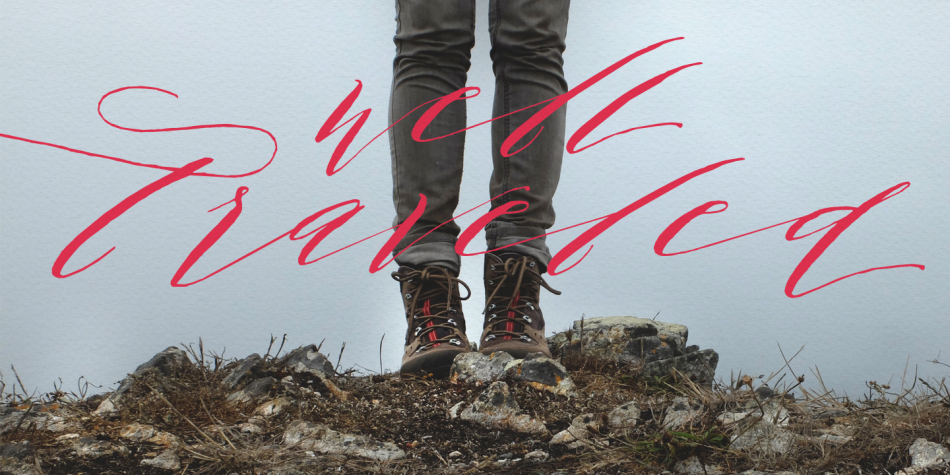 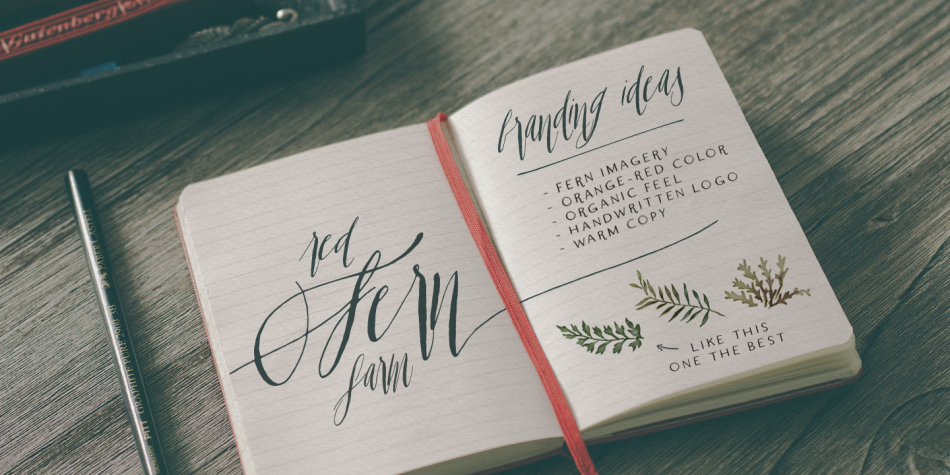 Rivea is a script and modern calligraphy font family. This typeface has two styles and was published by Magpie Paper Works.

Rivea is two-font, hand-lettered script family designed to mimic real calligraphy. Each font dances along a natural, variable baseline and has a distinctive slant. Long, thin upstrokes contrast with rich downstrokes in a style reminiscent of “wet noodle” pen writing.