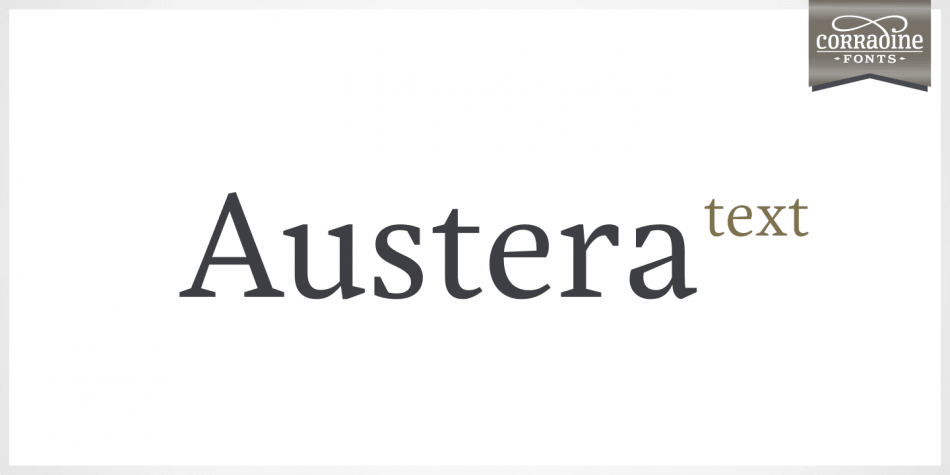 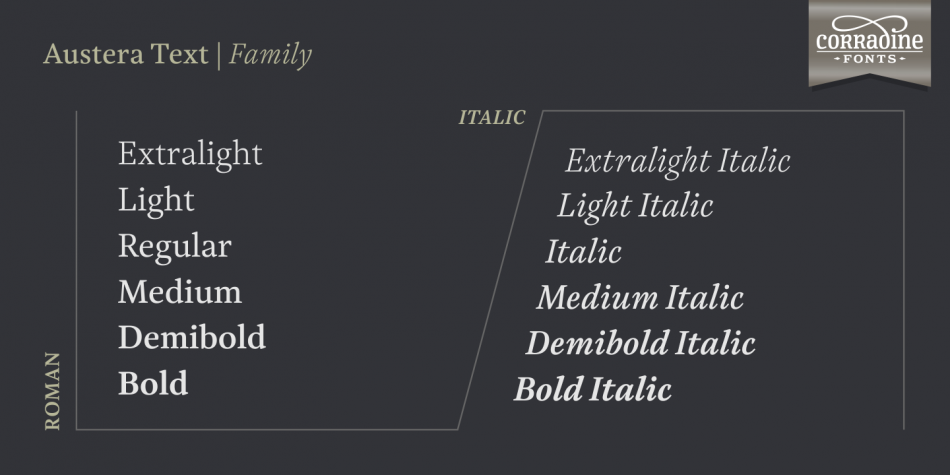 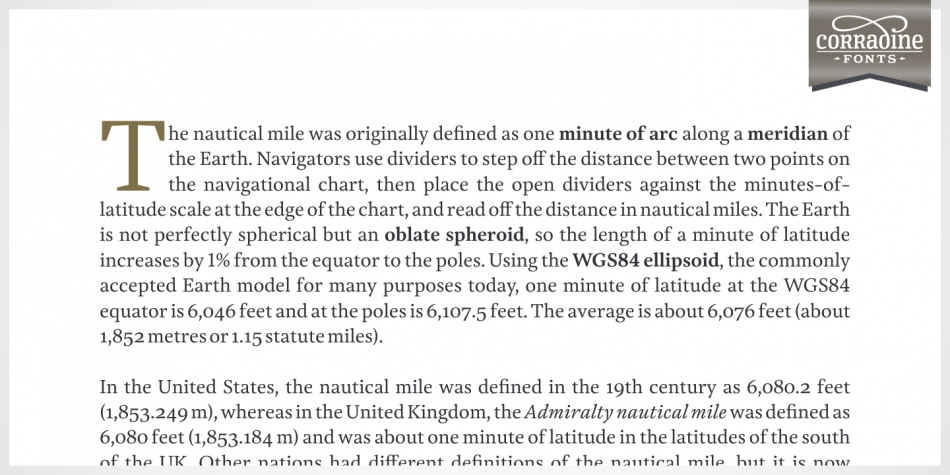 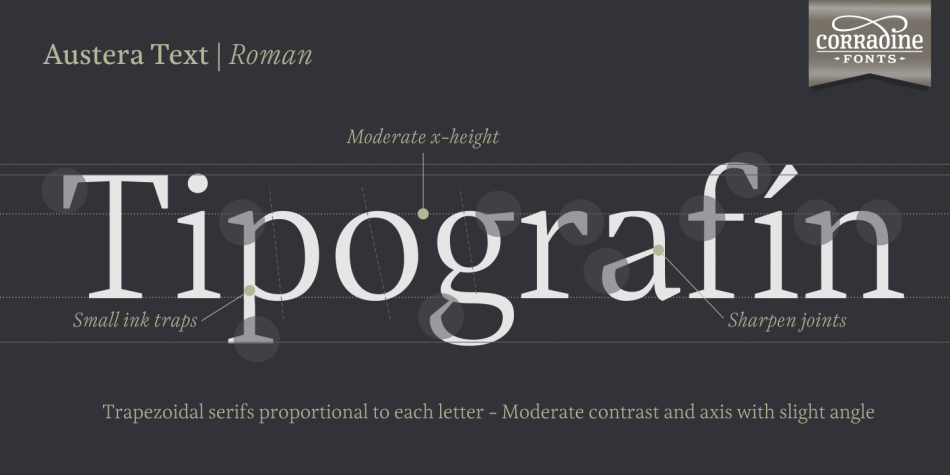 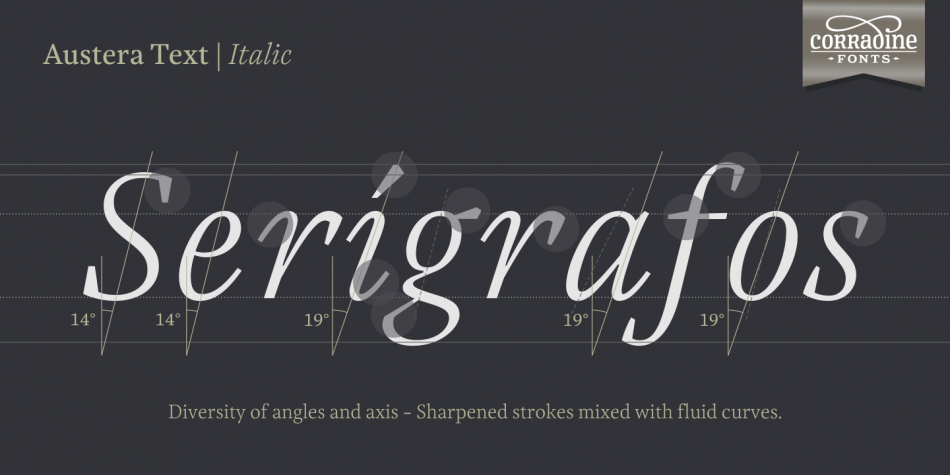 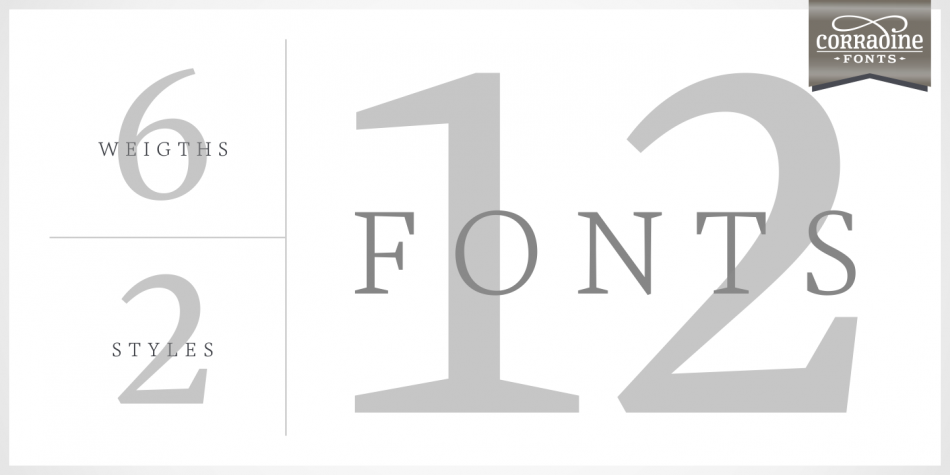 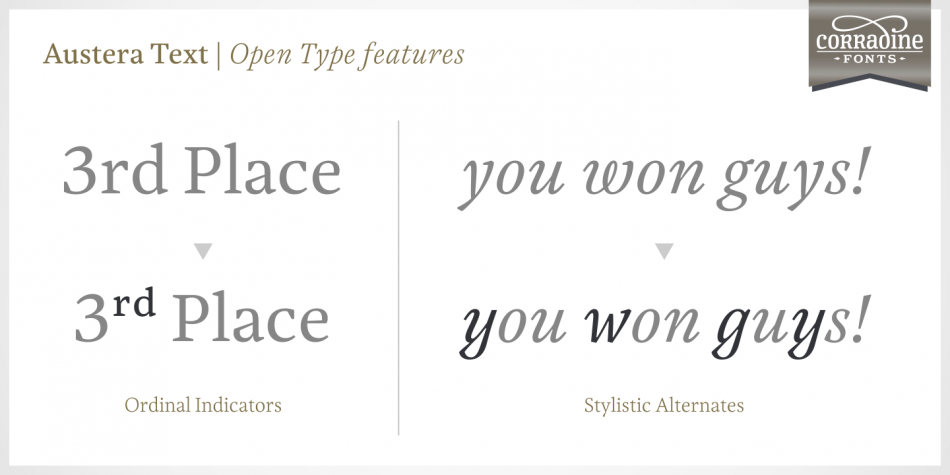 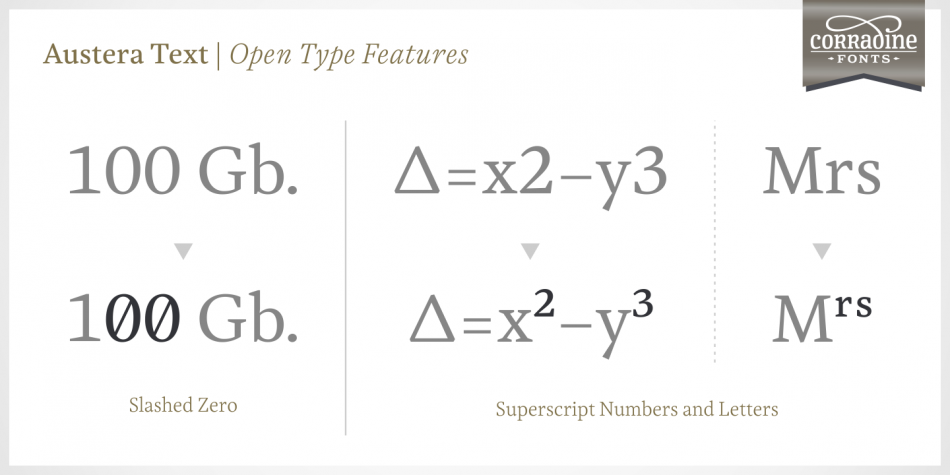 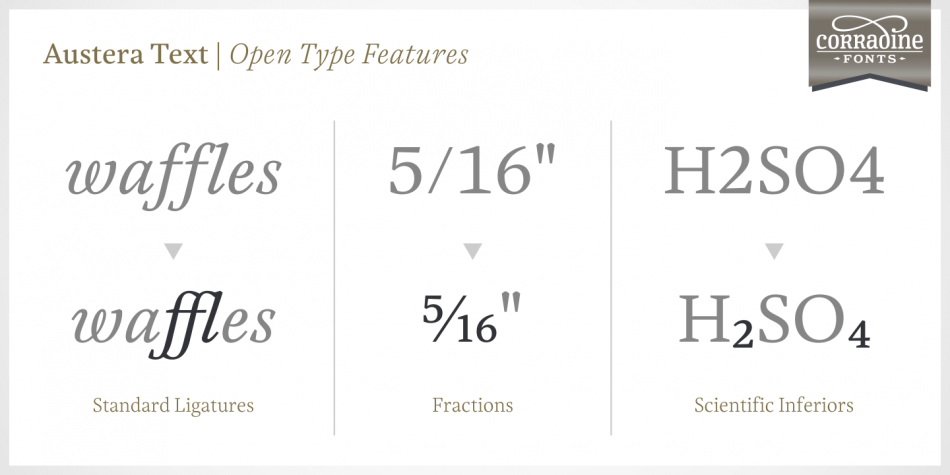 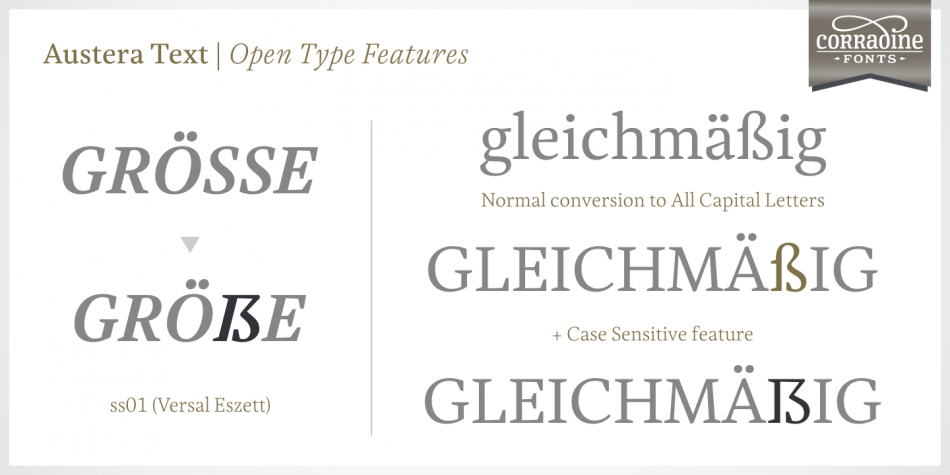 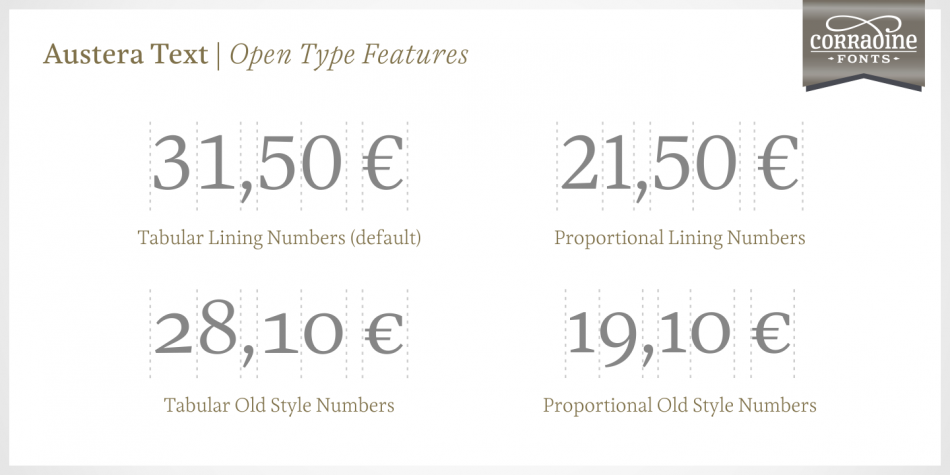 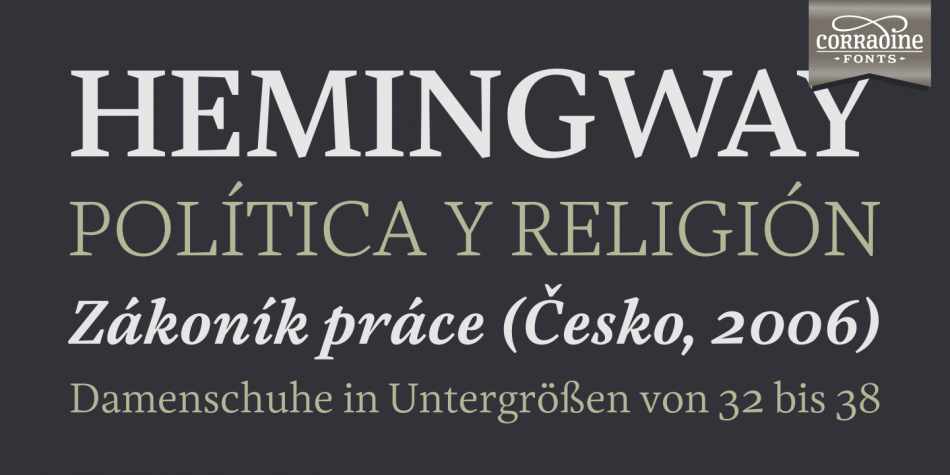 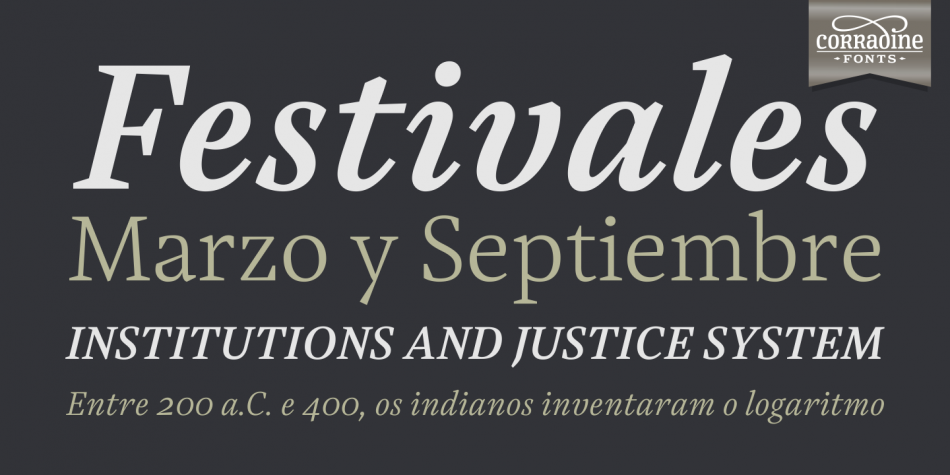 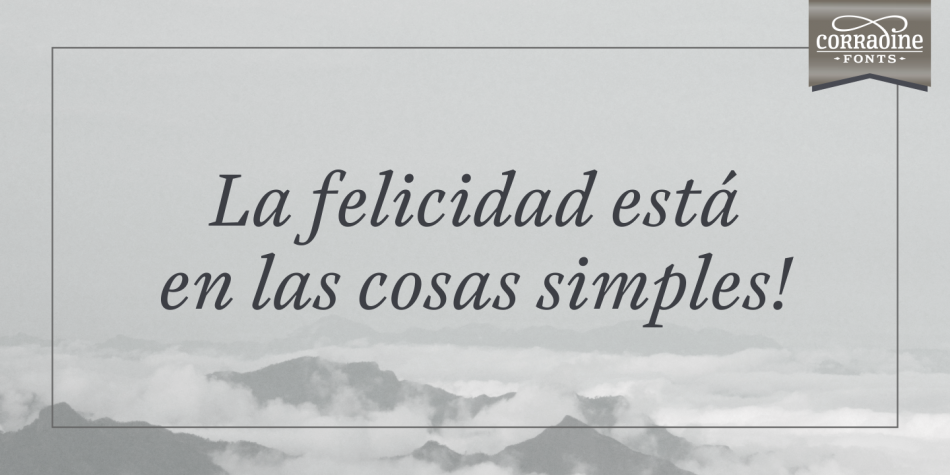 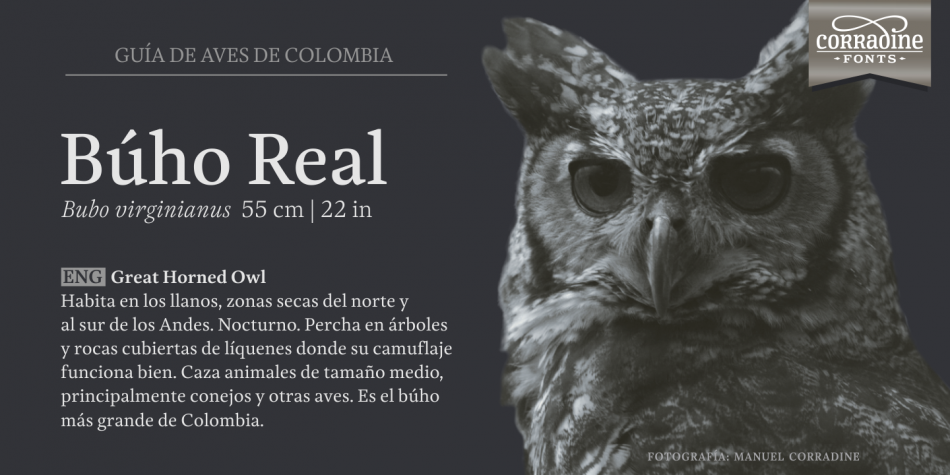 Designed by Manuel Corradine, Austera Text is a serif font family. This typeface has twelve styles and was published by Corradine Fonts.

Austera Text is a clean and structural humanist font face whose purpose is to be clear while don’t interferes with the message concept.

Austera Text is a contemporary serif with moderate contrast, sharp shapes, fairly large x-height and moderate aperture with the aim to make it very legible in continuous text. The italic version has a unique appearance with its pronounced angle mixed whit its elongate beginning and ending strokes.

Despite Austera Text was created to be used in continuous text it also could be applied to many other uses obtaining nice results, from editorial and corporate design to advertising, packaging and digital design.