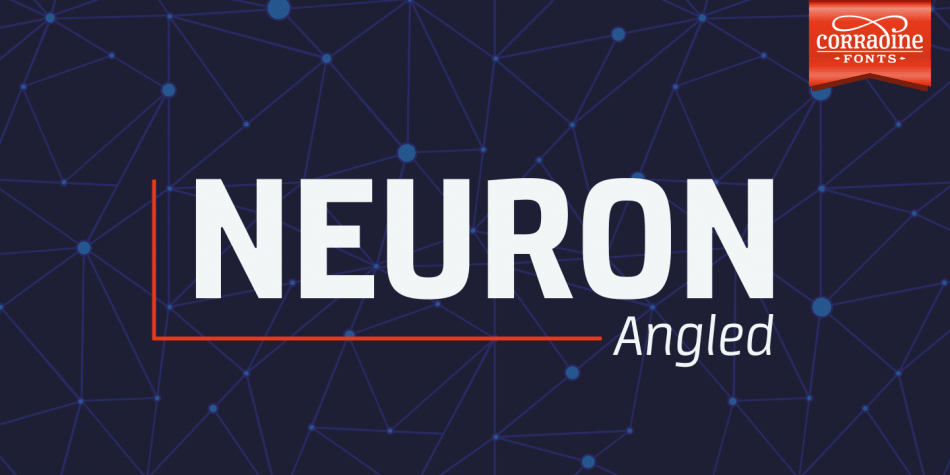 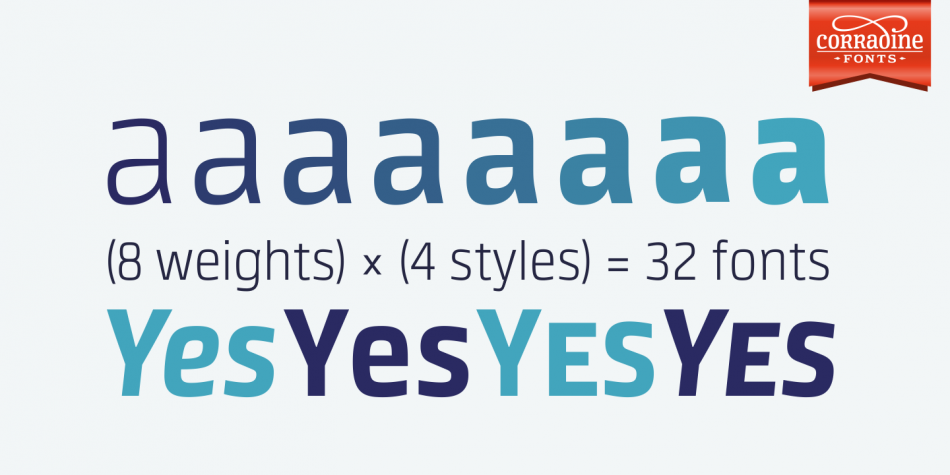 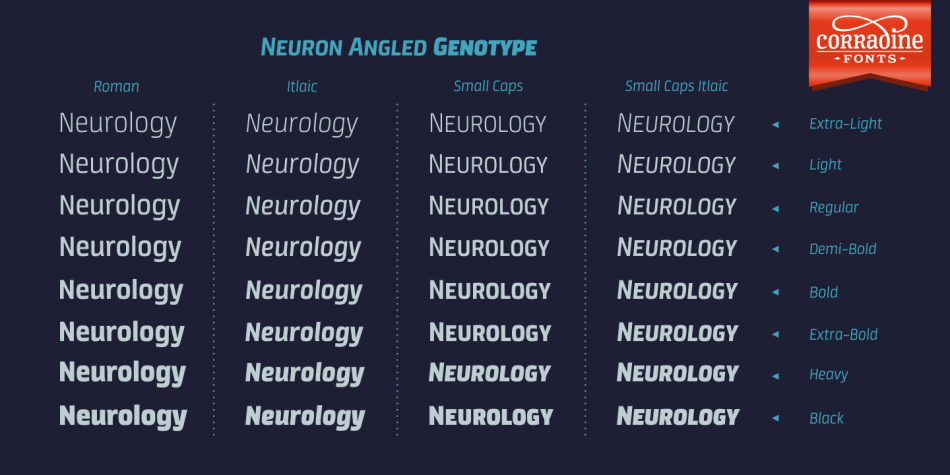 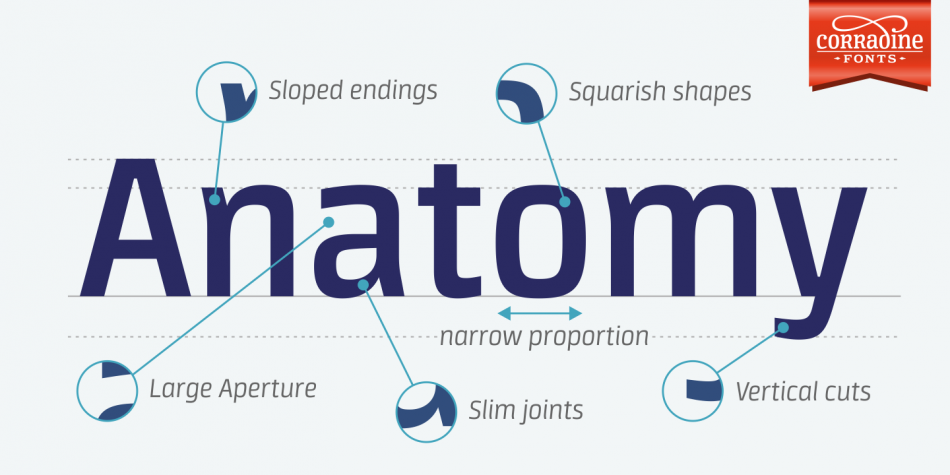 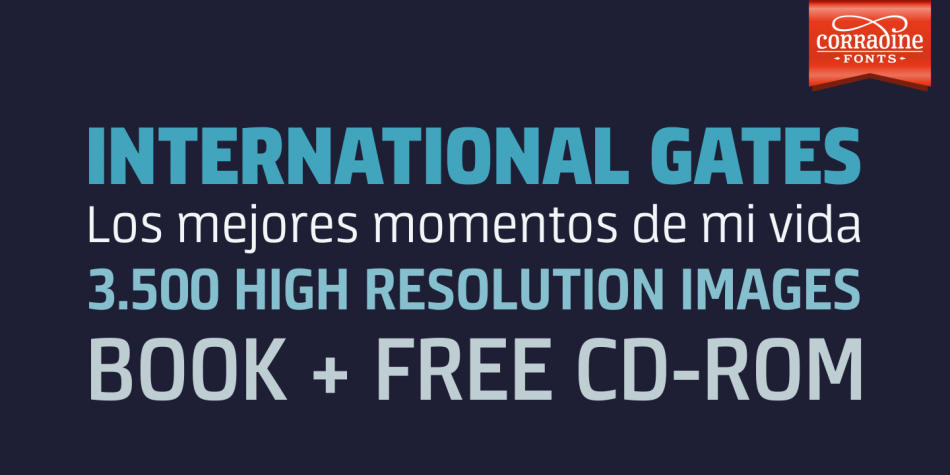 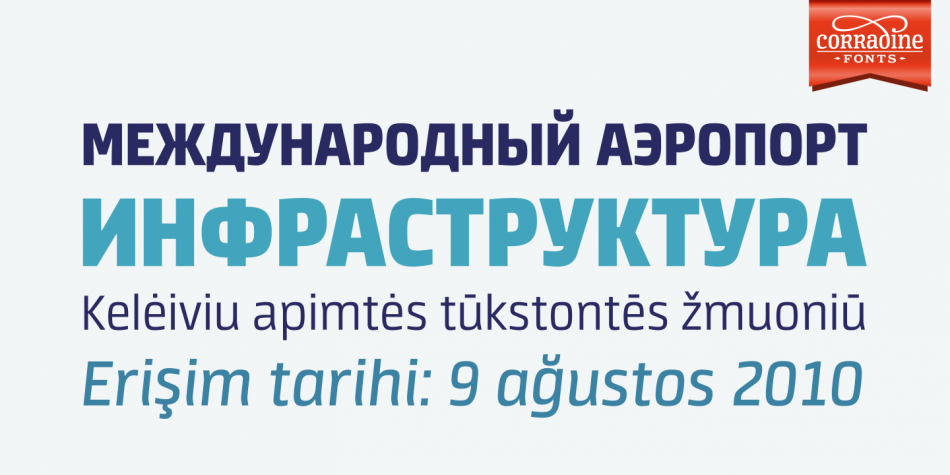 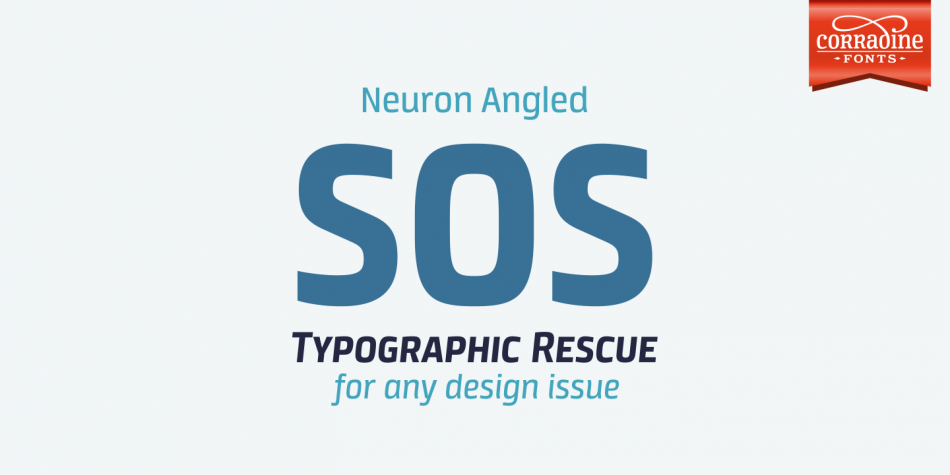 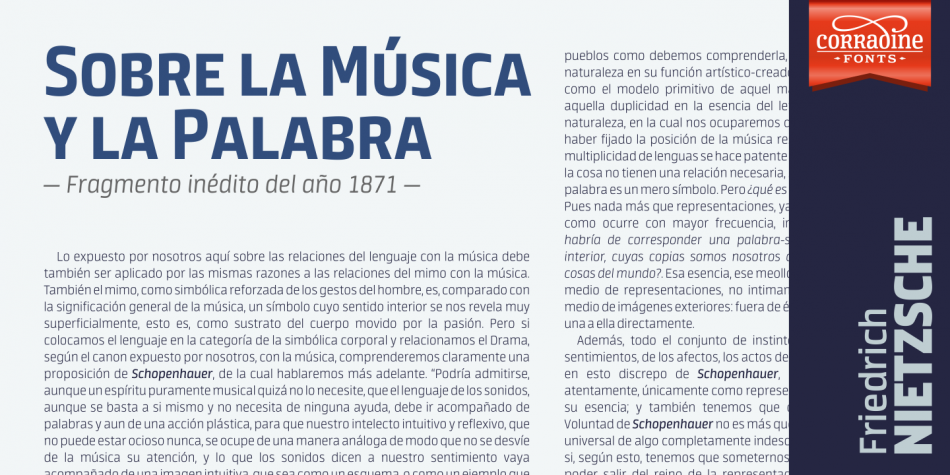 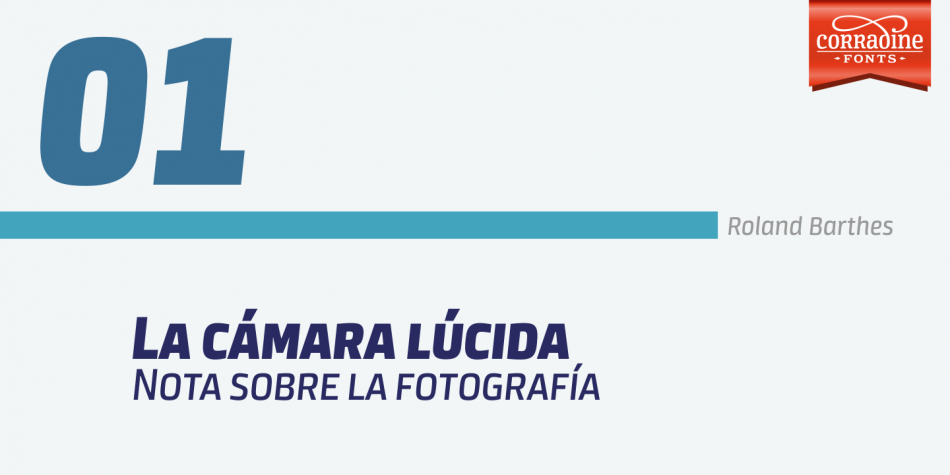 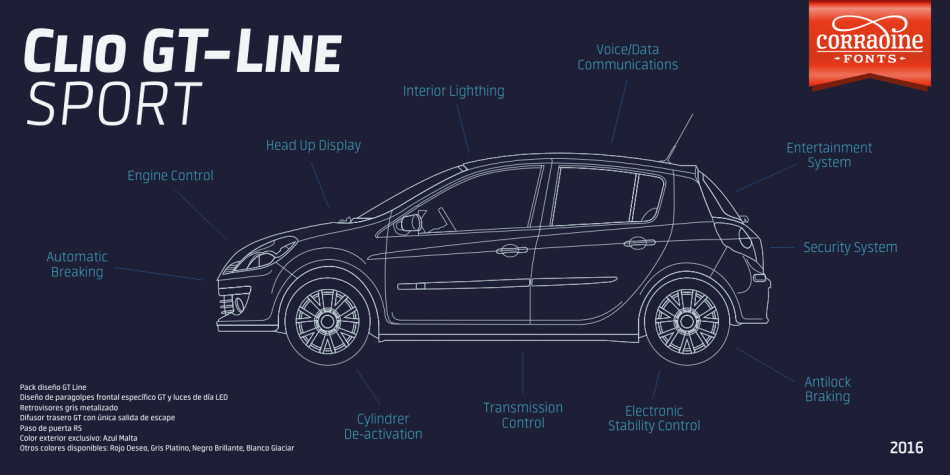 Neuron Angled is a sans serif font family. This typeface has thirty-two styles and was published by Corradine Fonts.

Neuron Angled is based in the idea of Neuron, the original font designed in 2012 by Corradine Fonts’ team, keeping from its predecessor the proportions and slight narrowness. In this version the rounded edges are replaced by sharp contours and flat endings.

A broader typographic system is proposed in Neuron Angled to obtain a versatile and modern typeface without missing its original distinctive style.

The neutral aspect of the family allows its application in a wide range of projects specially in those related with branding, signage and editorial design.
The Neuron Angled family consists of four styles with eight weights each one, for a total of thirty two fonts. The different fonts of the family are not just complementary to each other, but can be used to complement the original version of Neuron.