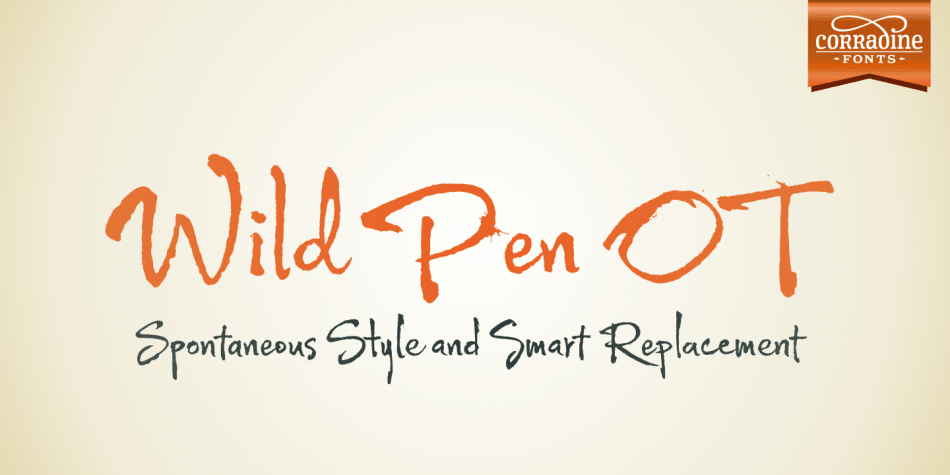 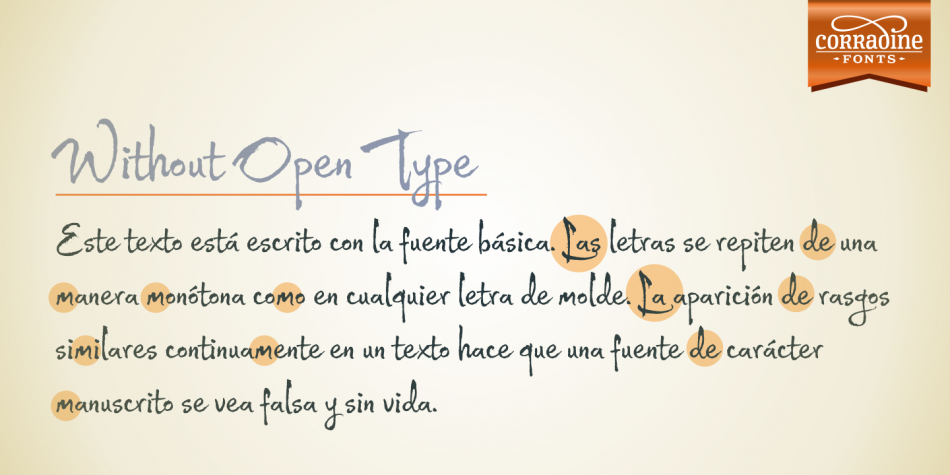 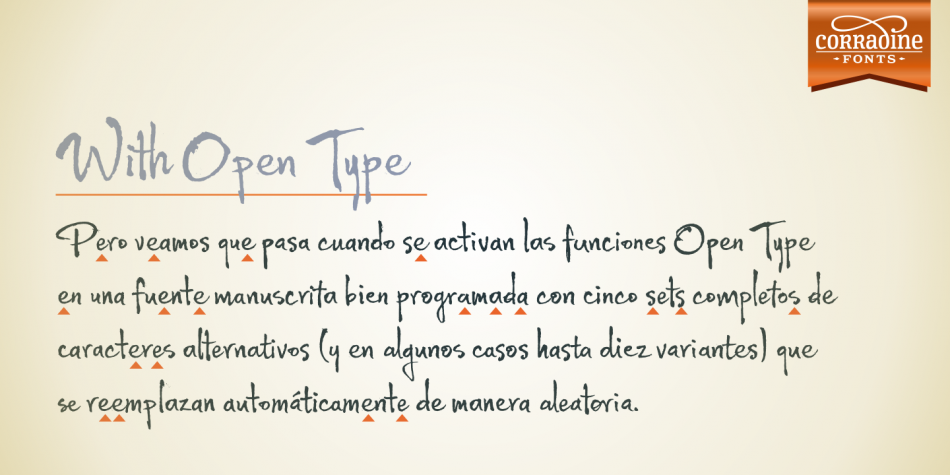 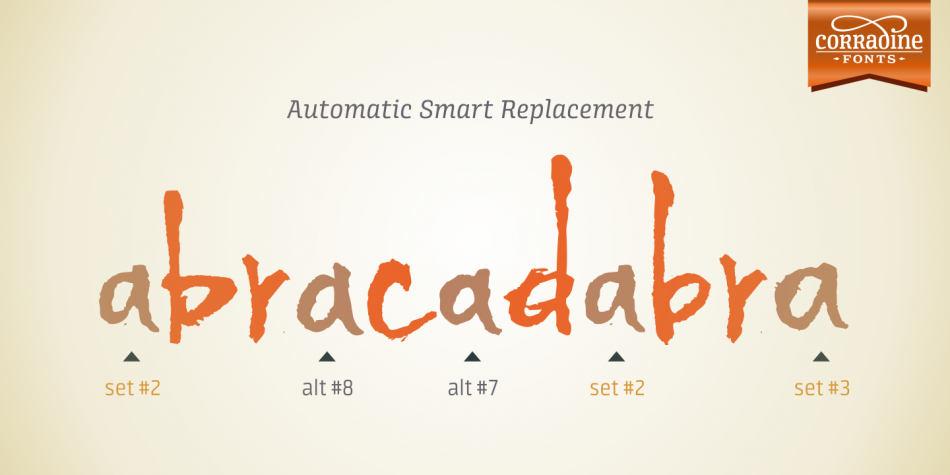 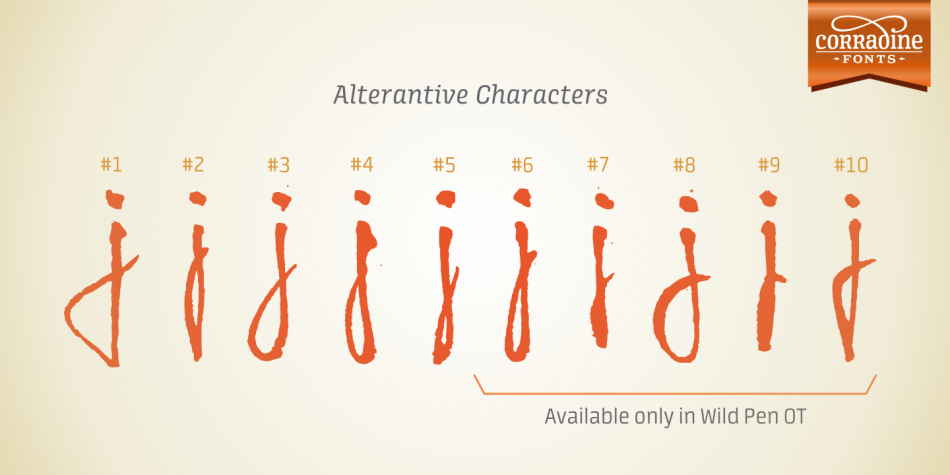 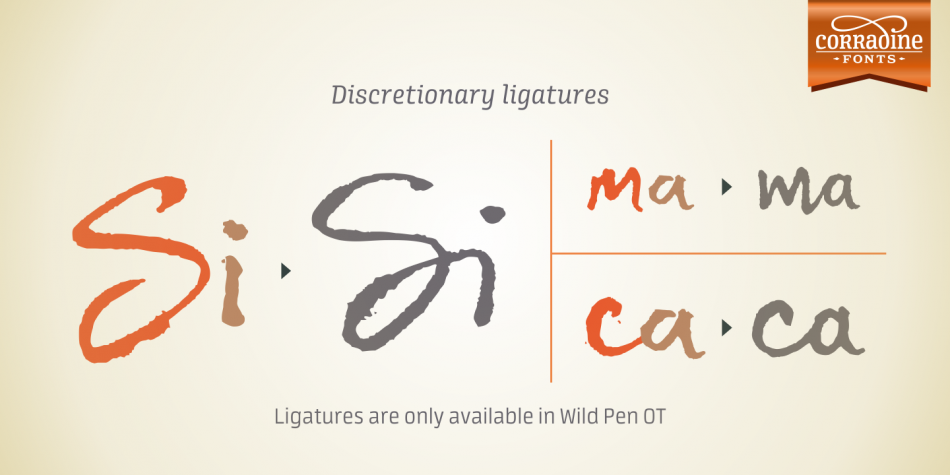 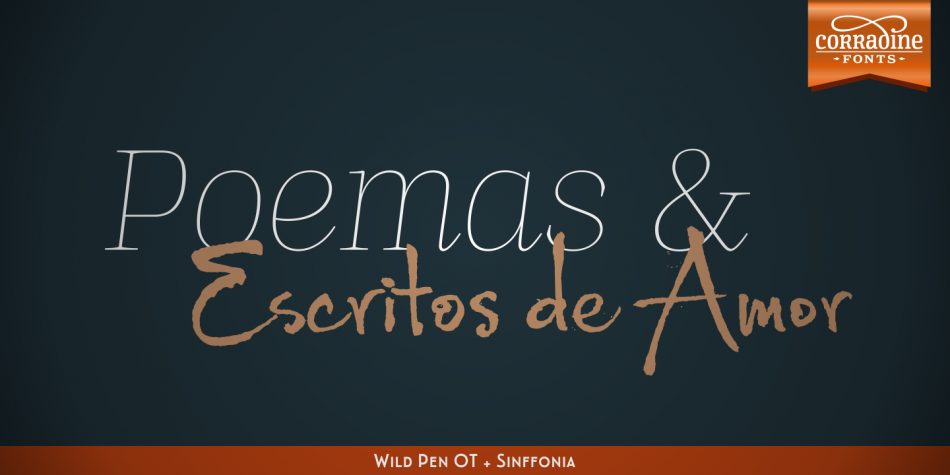 Wild Pen is a handwritten font written with an experimental pen made from recycled plastic bottle. Its spontaneous strokes are very free and allow presence of drops and blots of ink. The complete family consists of five different fonts which have the same feeling and allow mixing them to obtain a lifelike handwriting text.

Open Type users may choice Wild Pen OT, which includes not just the five basic sets but also contains many additional alternative characters and some discretionary ligatures. Wild Pen OT is judiciously programmed to mix randomly the five basic sets and improve the texts with the additional alternative characters which have in some cases up to ten additional letters for each character. Wild Pen OT contains almost 1200 glyphs to cover many Latin languages (Western and Central European).

If you don’t need an Open Type version (because you don’t have an Open Type compatible application or you just don’t know how to apply the Open Type features), you can purchase the plain versions of Wild Pen, then you must to change manually the letters by switching the five fonts.