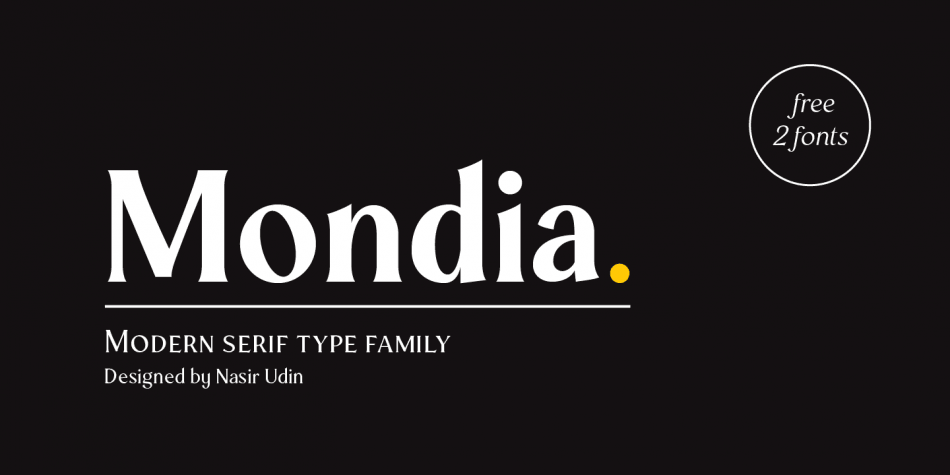 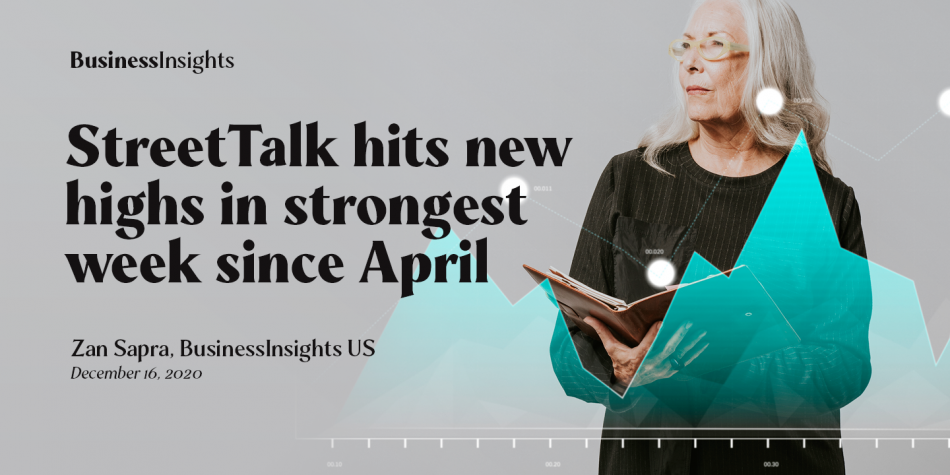 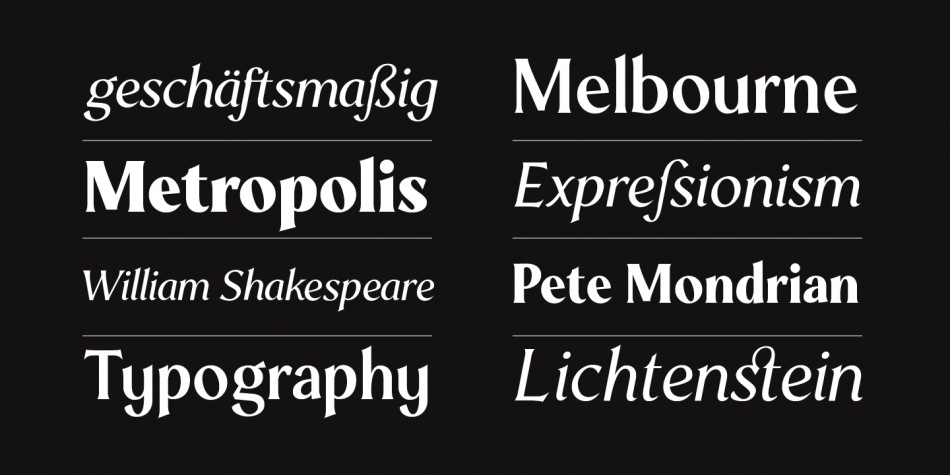 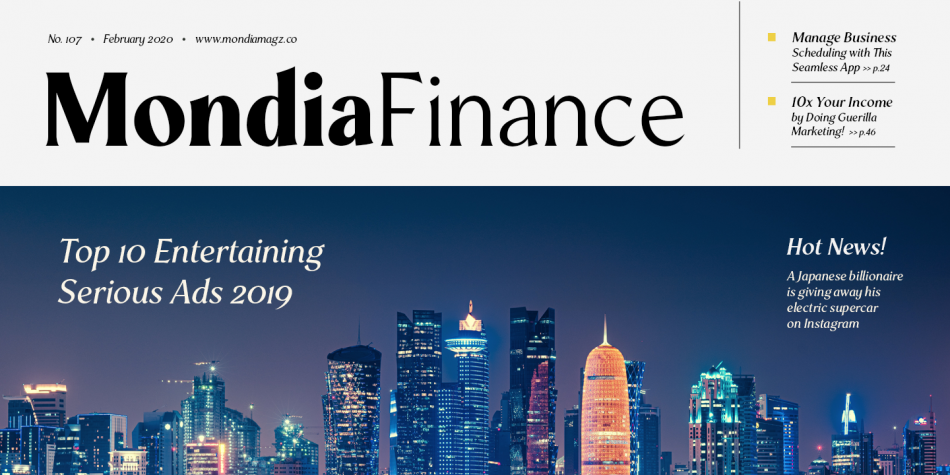 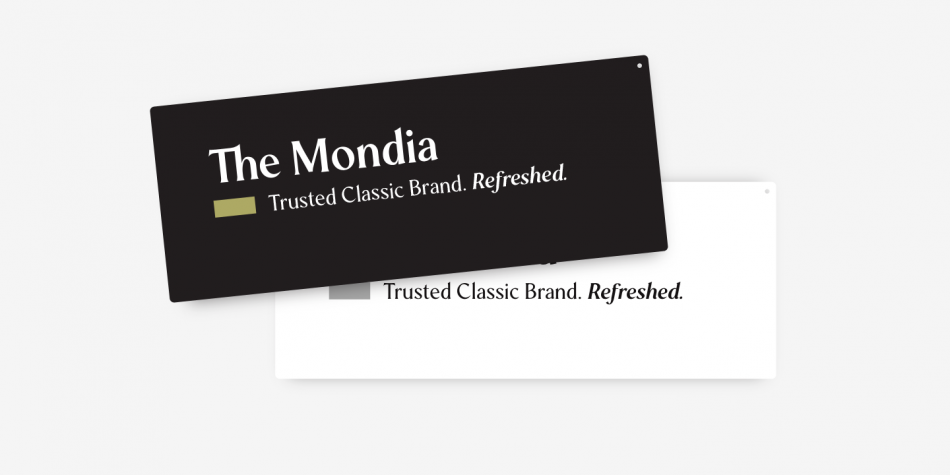 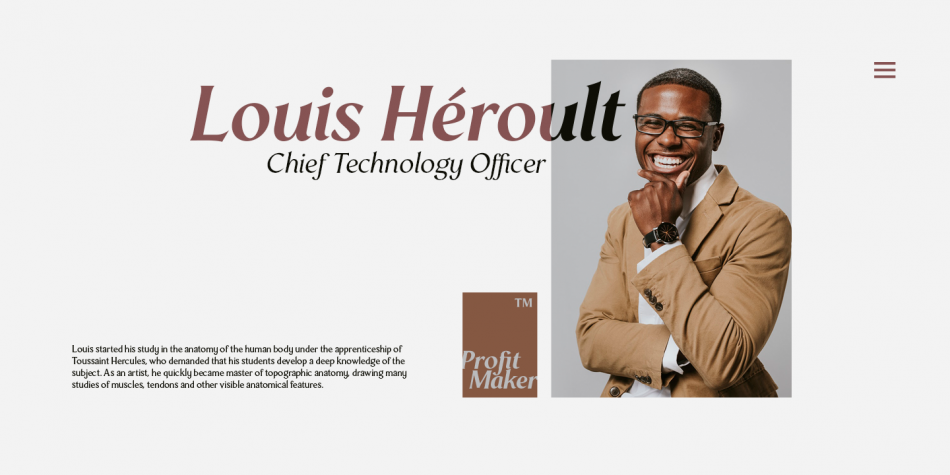 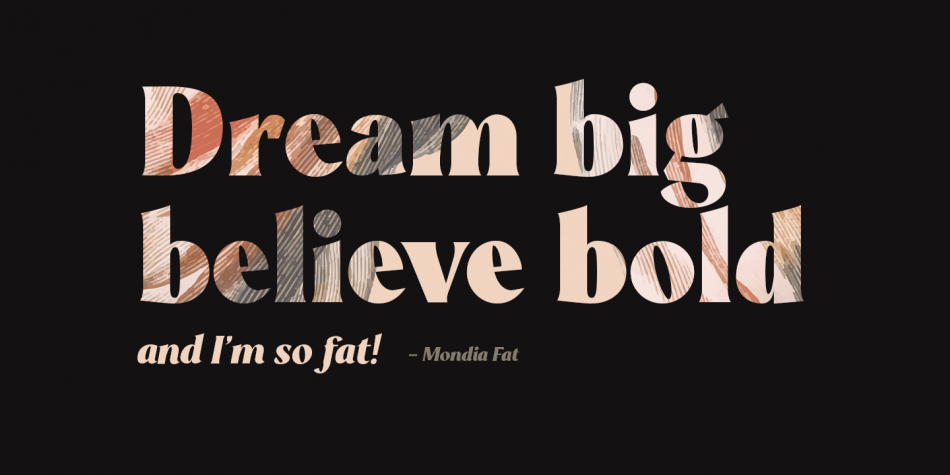 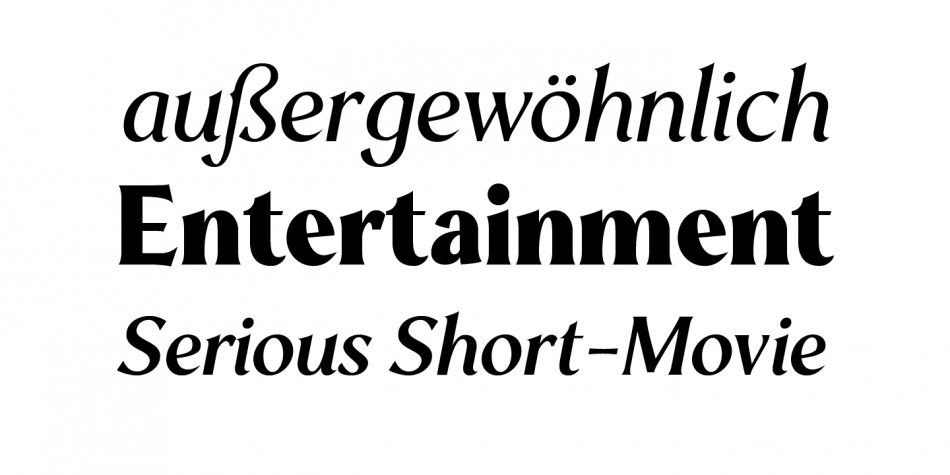 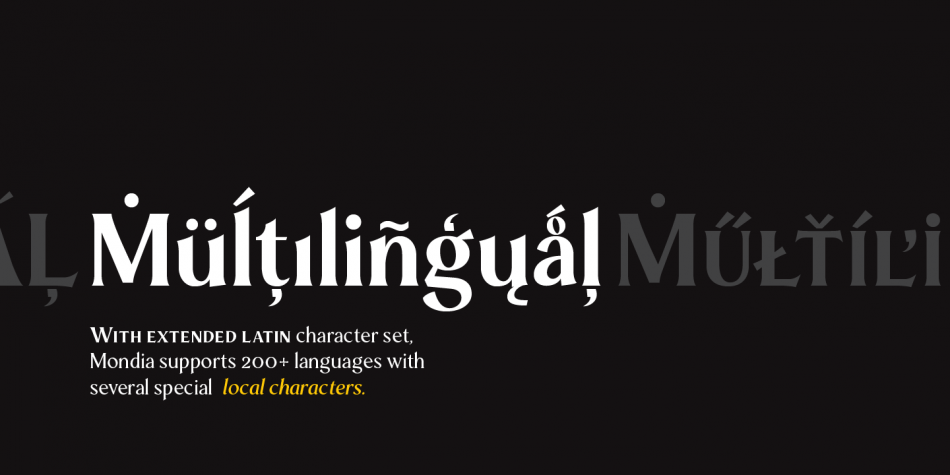 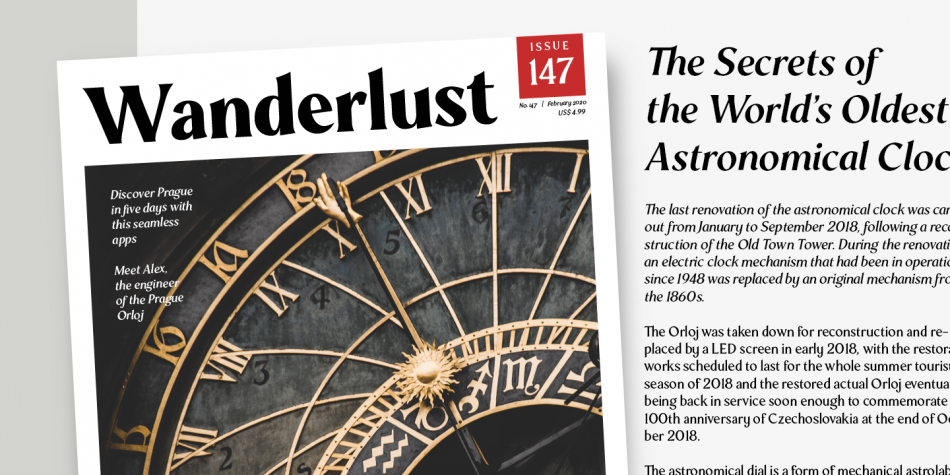 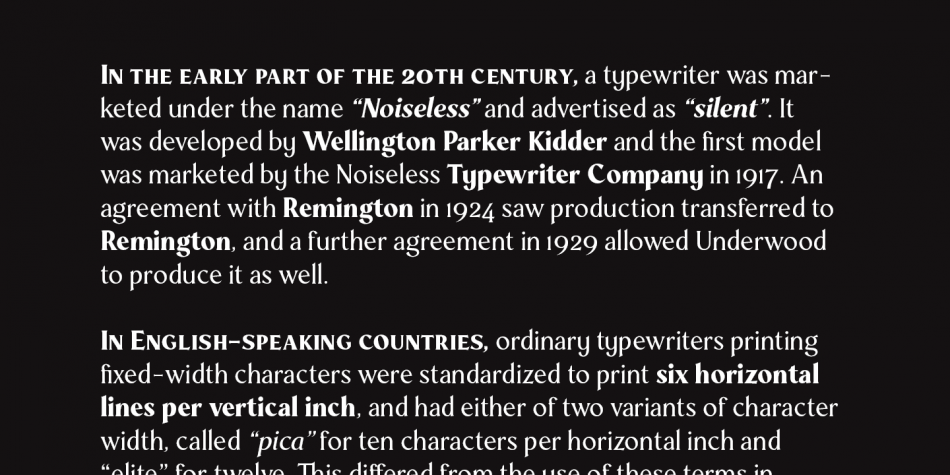 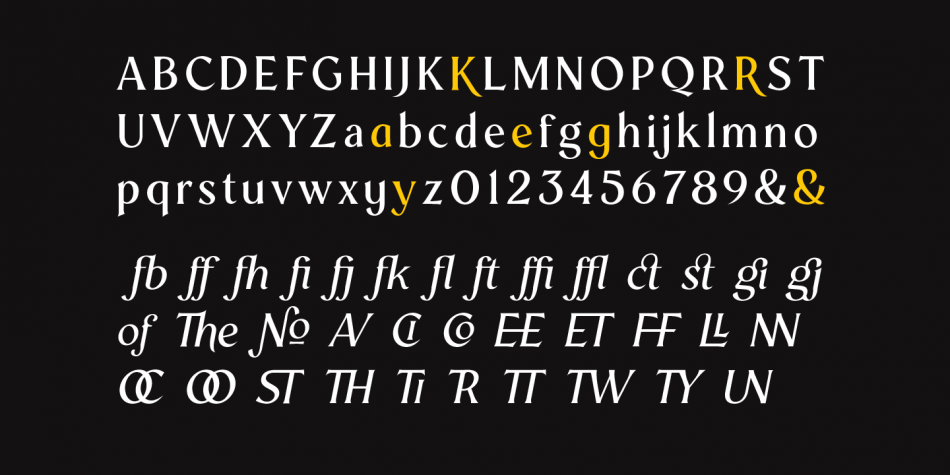 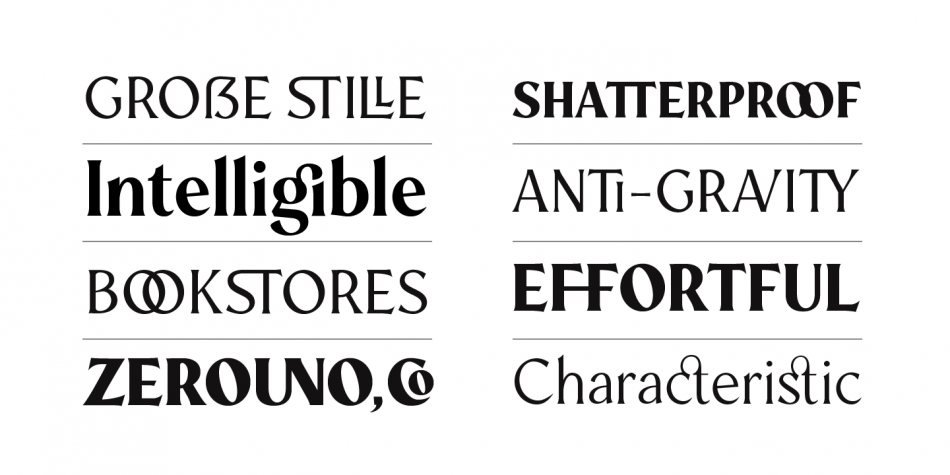 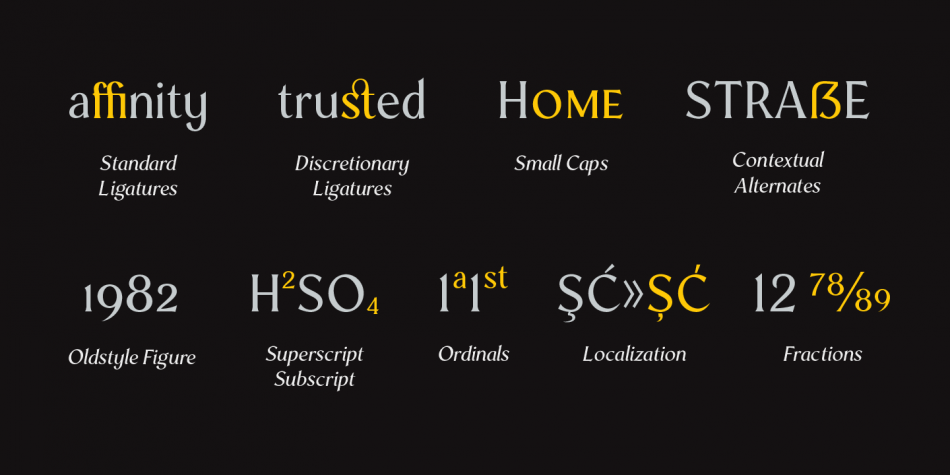 Mondia is a modern serif font family with 18 fonts inspired by transitional and contemporary typefaces. Mondia has been designed with high-contrast character ratio to give an elegant touch, and high x-height to give sentences more legibility.

Ranging from thin to fat with its matching italics, Mondia offers many possibilities to be applied in many graphic or editorial projects. Also thanks to the extended latin characters set so that Mondia supports 200+ latin-based languages.

Mondia also has a complete set of true small caps that integrate beautifully with lowercase letters to give more emphasis to the highlighted texts.

With those features, Mondia is a great choice for headline, branding, titles, also can be perfectly used in small articles.