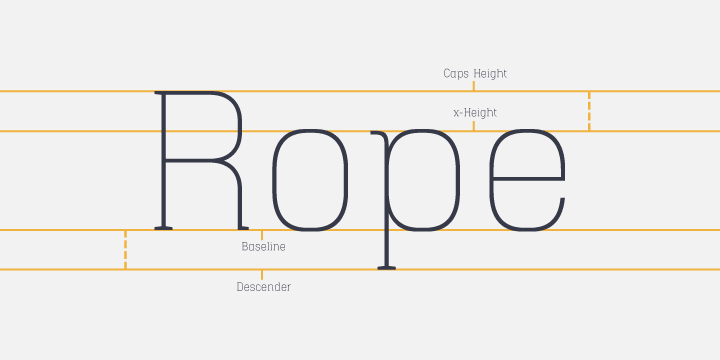 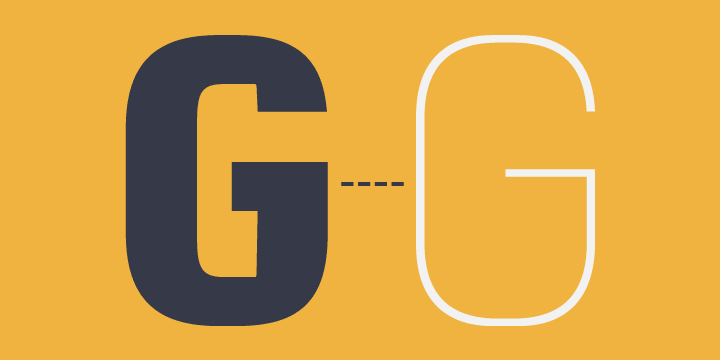 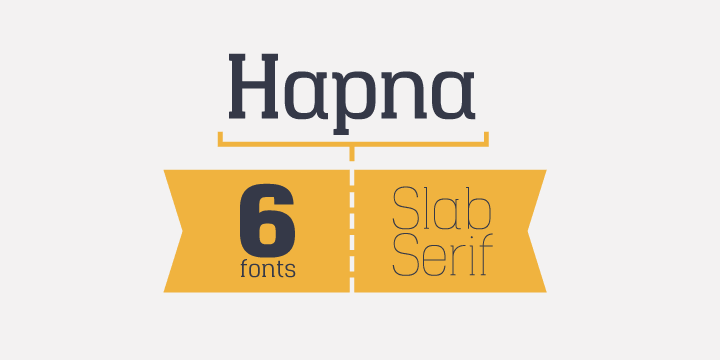 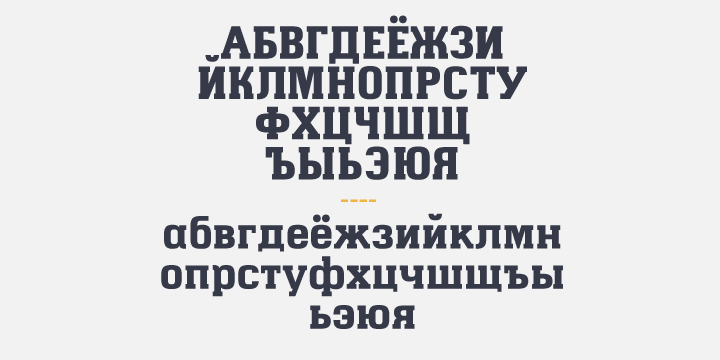 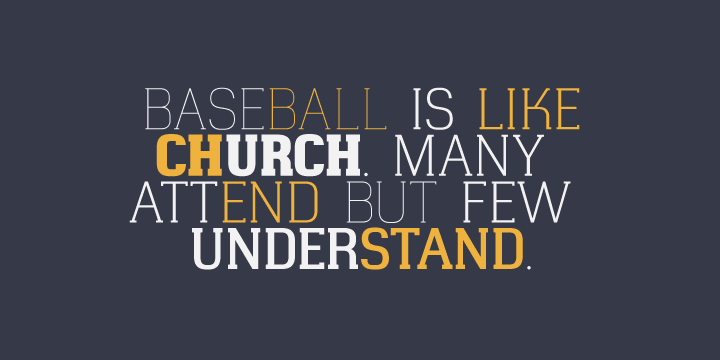 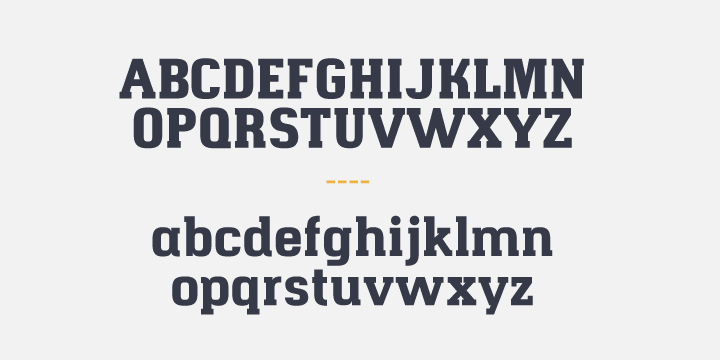 Hapna is a slab serif font family. This typeface has six styles and was published by The Northern Block.

A six font family. This contains every font in the Hapna Family.

Hapna is a geometric slab serif designed as an alternative to other slab style fonts available on the market. The typeface was originally released in January 2013 as a free monospaced single weight slab serif called Hapna Mono. This new design has gone through detailed changes to the characters to help define a more contemporary alternative take on the traditional slab serif style. Hapna was inspired by the baseball culture and the graphic language of the early 1950s. Details include 6 weights, 406 characters and open type features.