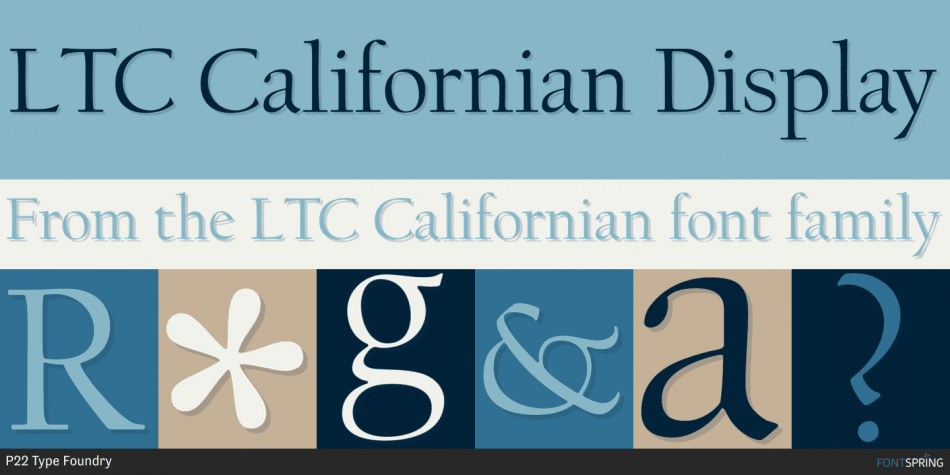 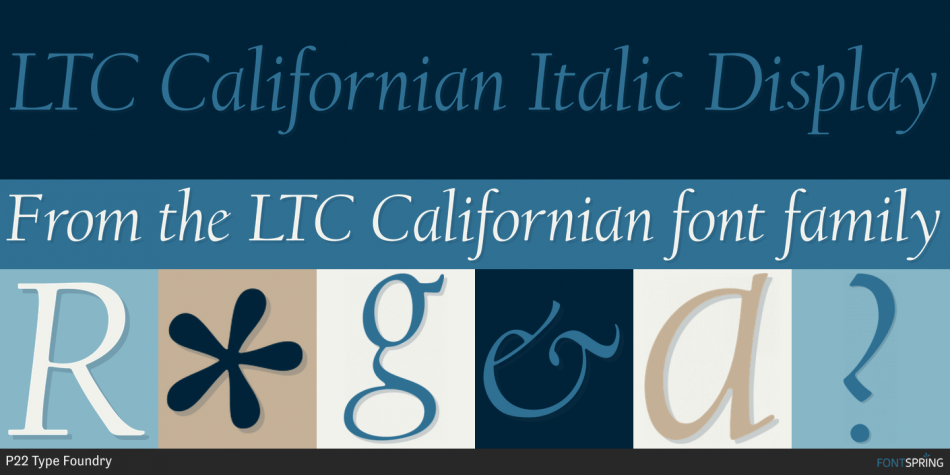 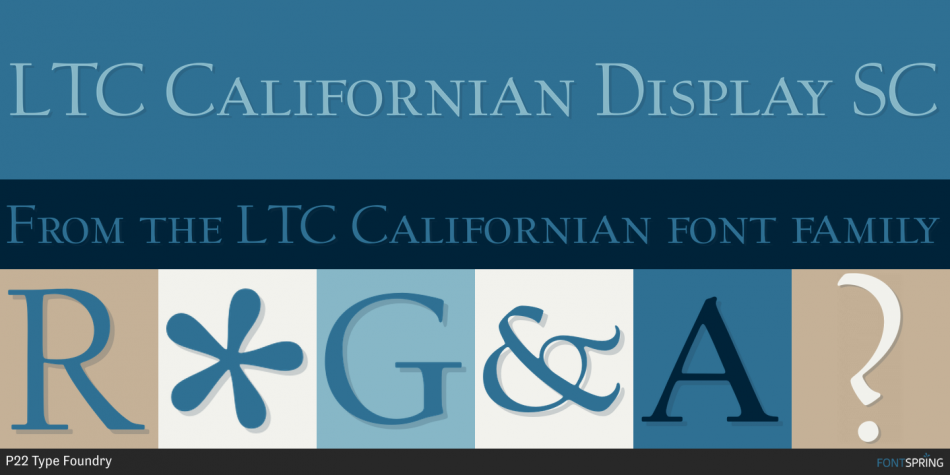 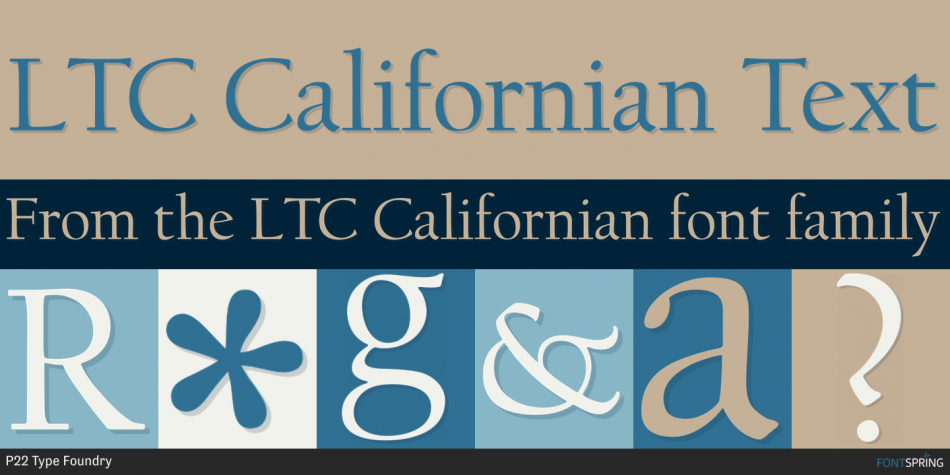 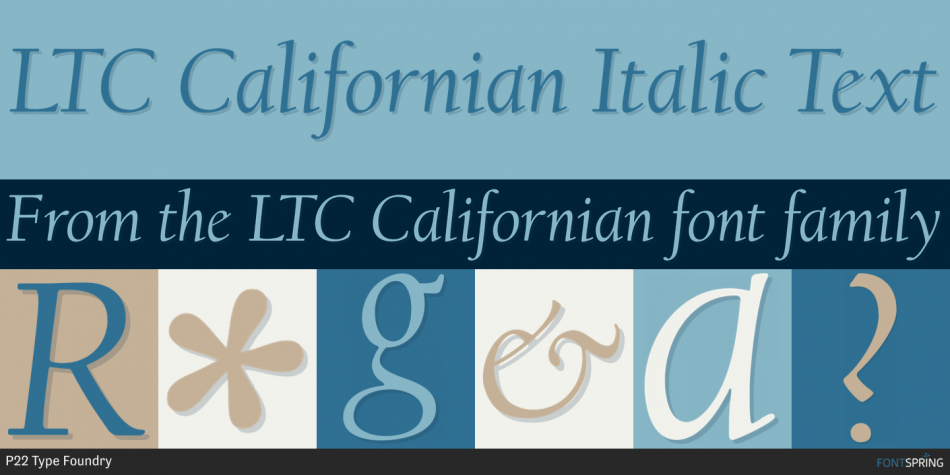 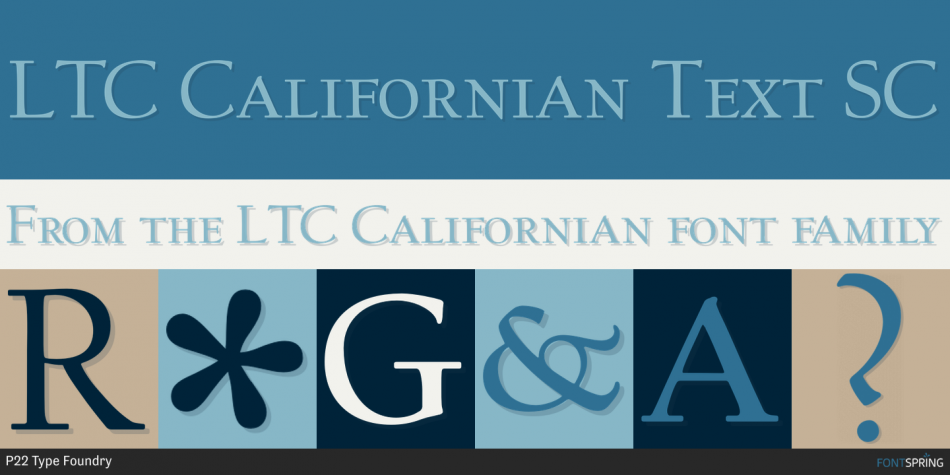 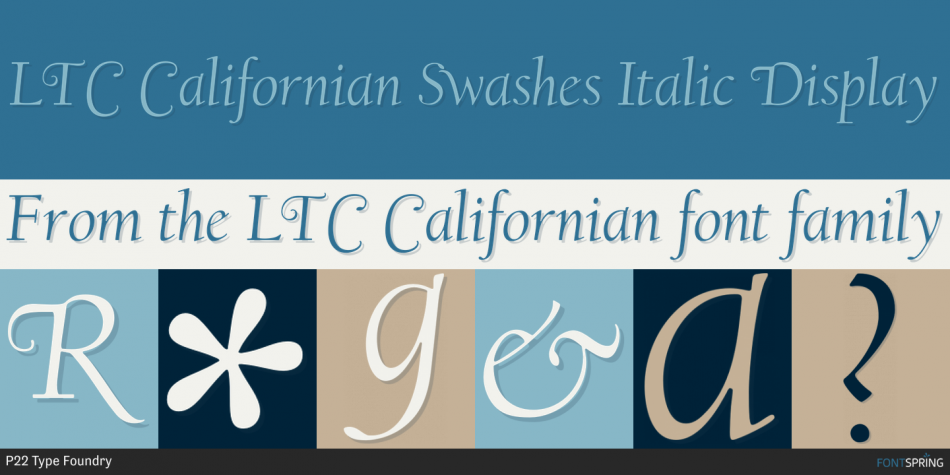 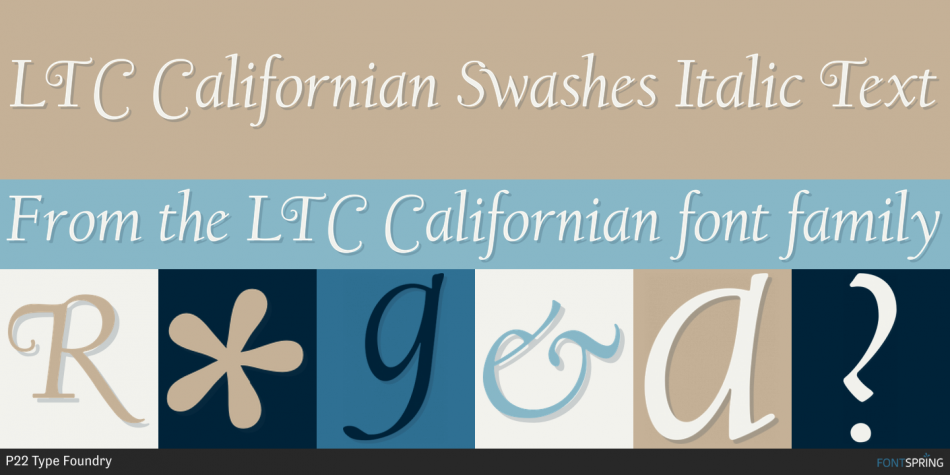 Designed by Frederic W. Goudy and Paul Hunt, LTC Californian is a serif font family. This typeface has eight styles and was published by P22 Type Foundry.

Frederic Goudy designed Californian as a private commission for the University of California at Berkeley in 1939. Californian was later released by Lanston Monotype for general use by designers and printers. There have been various digital versions of this striking roman face, but none so true to the original as the newly digitized LTC Californian. The original patterns from which the metal type was made were used as direct reference in digitizing. In keeping true to the details of the metal type, the face can appear thin. Therefore a slightly heavier weight was made for text purposes while the original weight remains well suited for display settings and setting text for letterpress printing (photopolymer).