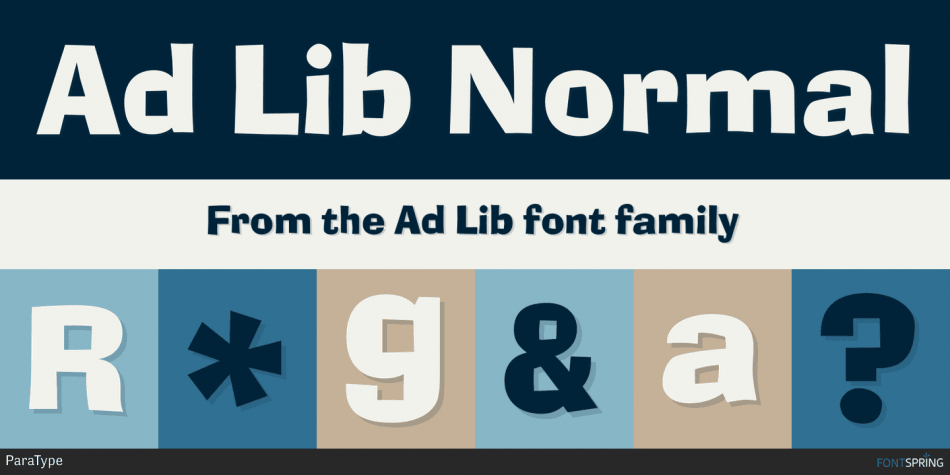 The Bitstream version of Ad Lib designed by Freeman Craw for the American Type Founders (ATF) in 1961. It is a bold Grotesque with irregular rectangular counters in round characters. This type was designed by cutting the letter images out and thus infusing some wood-cut character. Some of the lower case characters have slight inclination. Many numerous alternative characters were provided.

Unusual shapes make this typeface useful for advertising and display work. The Cyrillic version was developed for ParaType in 2000 by Vladimir Pavlikov.