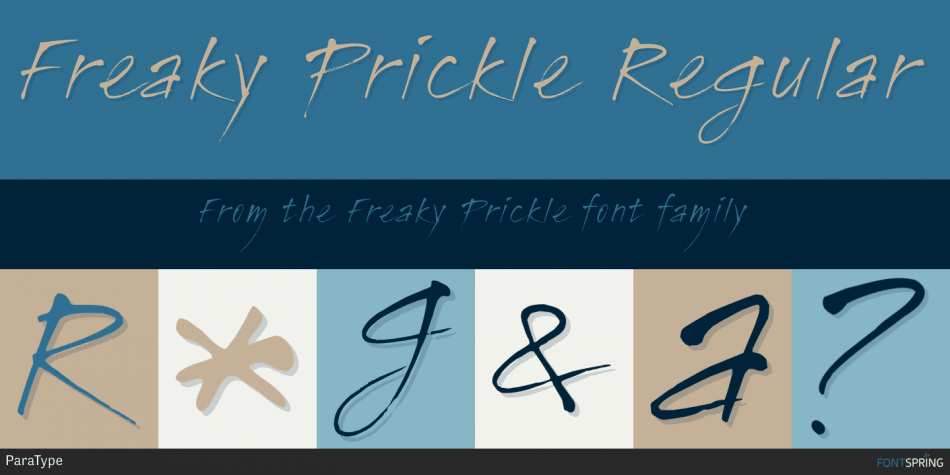 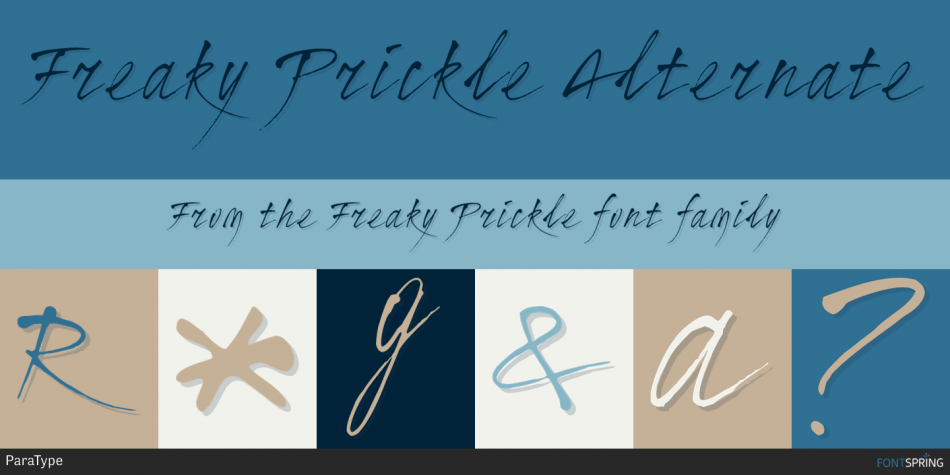 Designed by Marina Bakhireva, Freaky Prickle is a hand drawn font family. This typeface has two styles and was published by ParaType.

Freaky Prickle script was written using ink and various wooden sticks and digitized. Autor’s target was to create the spontaneous, light, flying script with dynamics and energy at the same time. Upright and cursive styles are available. The type was planned for use as headline in fiction and display matter. Font was designed by Marina Bakhireva and released by ParaType in 2009.