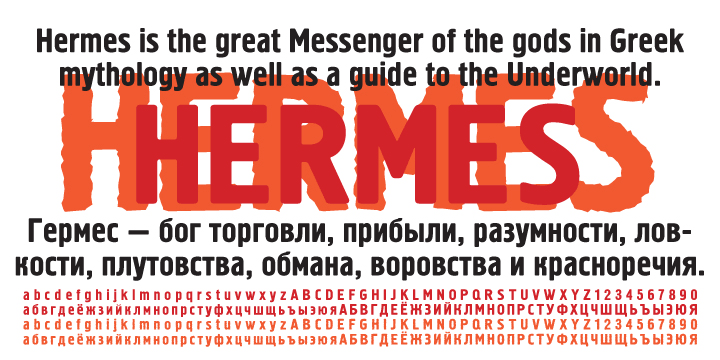 Designed by Tagir Safayev and Alexander Tarbeev, Hermes is a sans serif font family. This typeface has two styles and was published by ParaType.

The typeface was designed at ParaType (ParaGraph) in 1993 by Tagir Safayev. Based on Placard typeface (Hermes Grotesk) of the Lange type foundry (St.-Petersburg), an adaptation of Hermes Grotesk, of the Woellmer type foundry (Berlin, middle of the 19th century). This sans serif with its old-fashion stability looks well in advertising and display typography. Additional decorative style, designed by Alexander Tarbeev, was released in 1996.