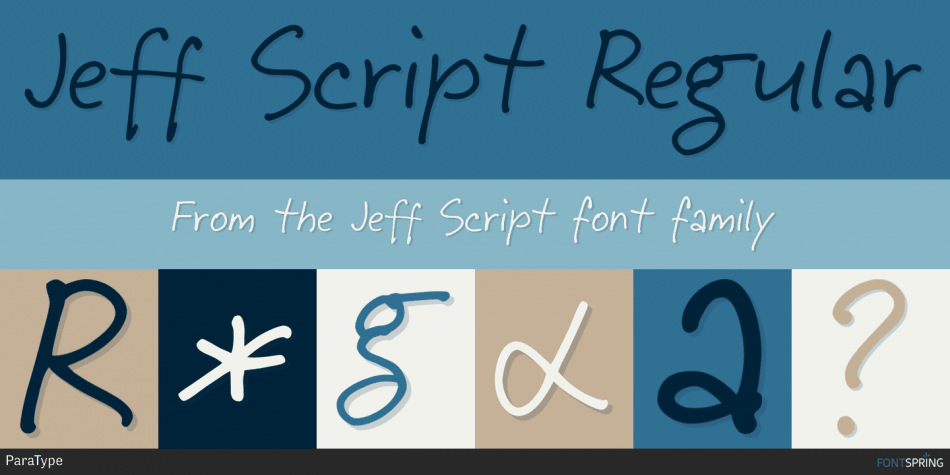 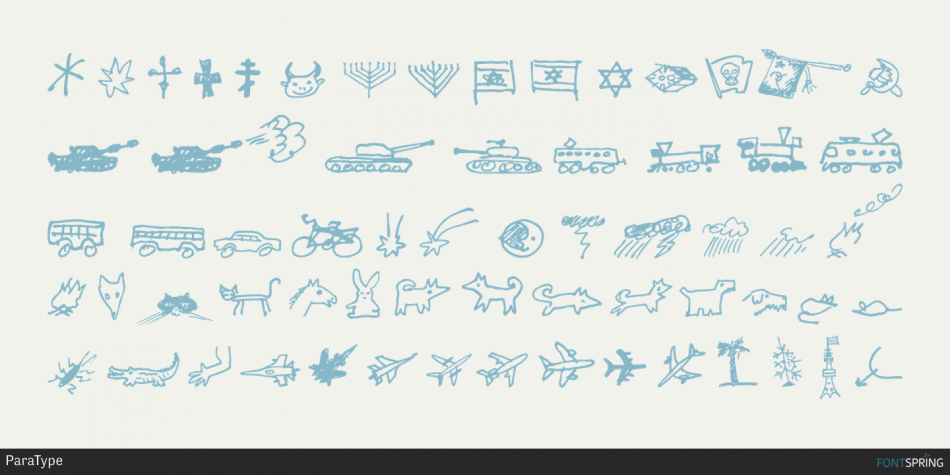 Designed by Gennady Fridman, Jeff Script is a dingbat and hand drawn font family. This typeface has two styles and was published by ParaType.

Jeff Script is based on the original handwriting of a renowned Russian type designer Vladimir Yefimov. Vladimir designed a plenty of Cyrillic fonts that became classical among contemporary Cyrillic type designs.

Being extremely busy with type projects, he never had time to digitize his own script and this lacuna was filled by Gennady Fridman. The font was developed for the 60th anniversary of Maestro and released by ParaType in 2009.

Jeff Pictures is based on pictures from Vladimir Yefimov’s sketch-books. It seems quite spontaneous, because the face was collected from small sketches, artistic works or marginal notes. It gives full scope for imagination in display typography and may be even used for comic books.

The typeface was digitized by Anna Shmeleva and released by ParaType in 2015 as a supplement for Jeff Script.