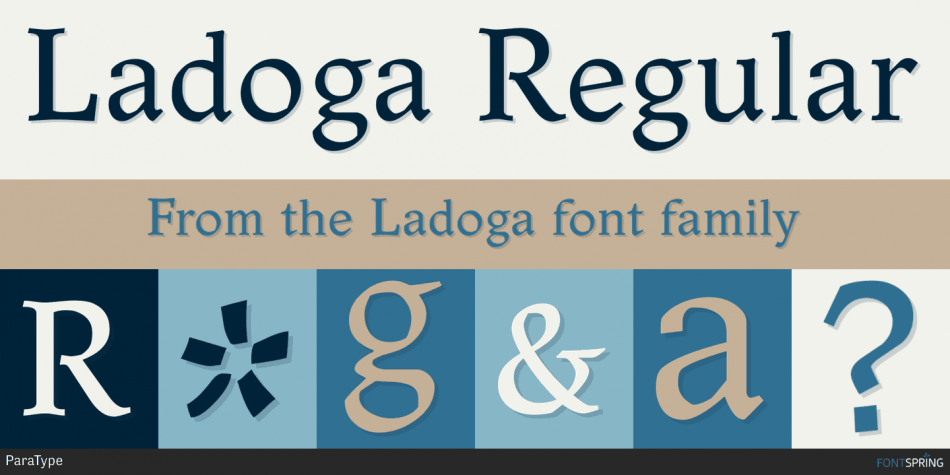 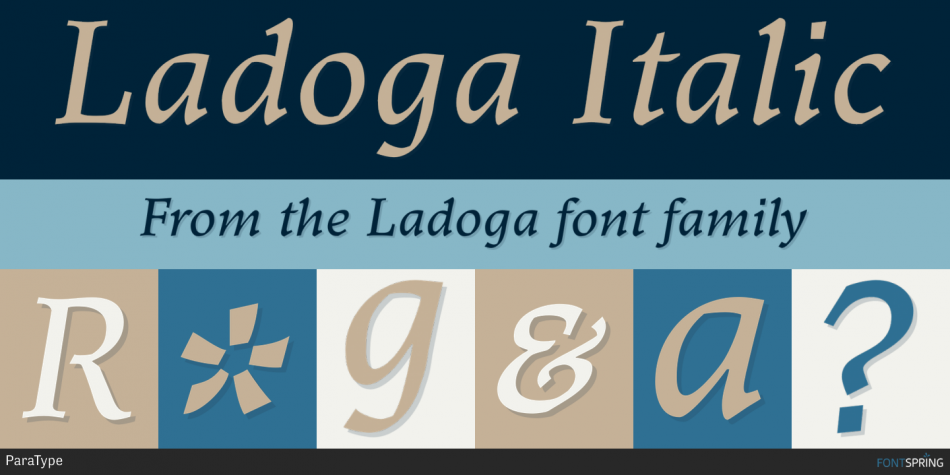 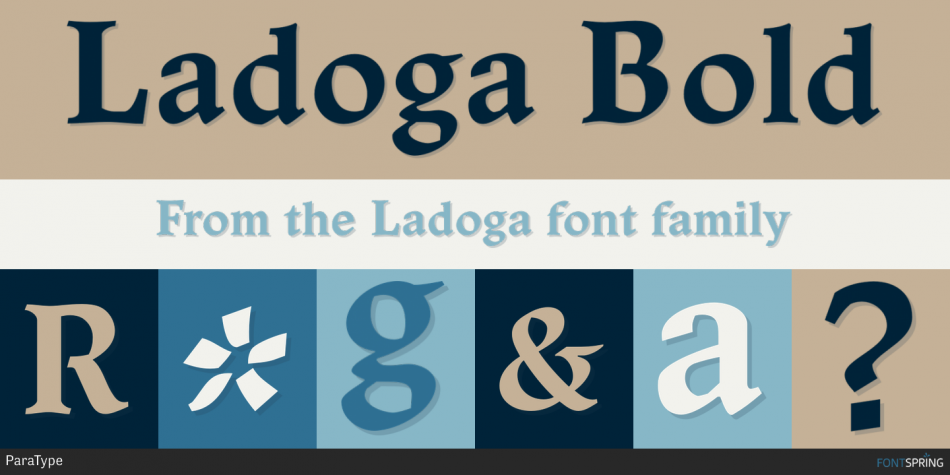 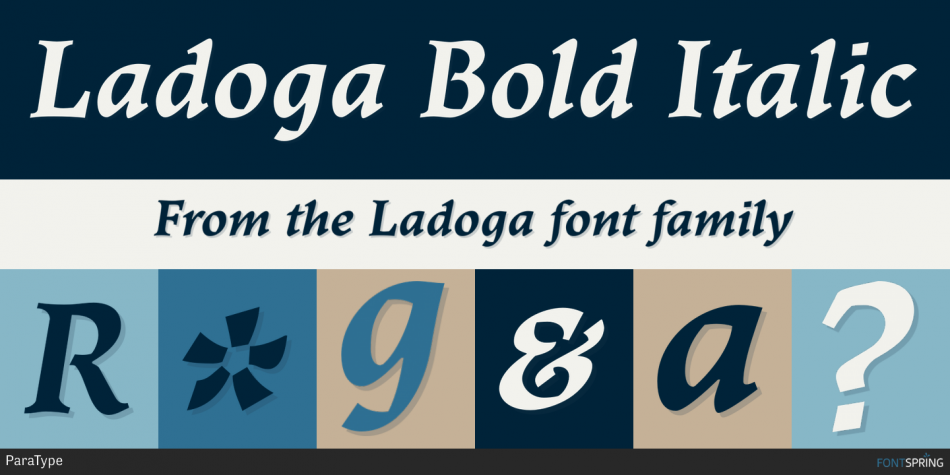 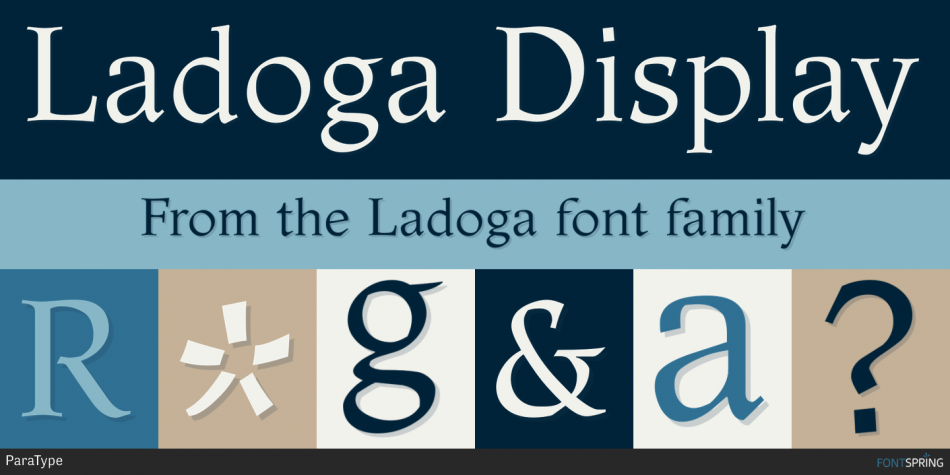 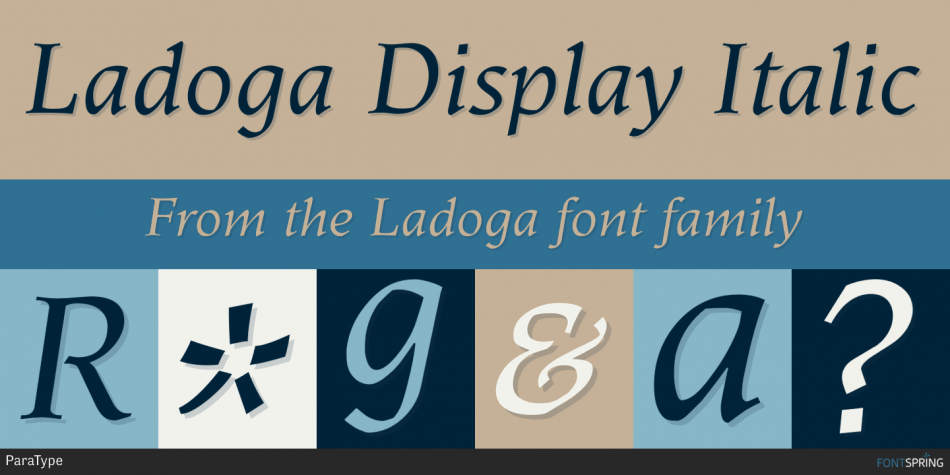 Designed by Viktor Kharyk and Anatoly Shchukin, Ladoga is a serif font family. This typeface has six styles and was published by ParaType.

Ladoga is one of the most beautiful Russian designs from the soviet period. The type family was developed for Polygraphmash in 1968 by Anatoly Shchukin based on his own lettering for book covers and titles. It was one of the first attempts to create a Cyrillic text face in a style of renaissance antiqua. Stylization of broad pen calligraphy resembles early forms of Latin types associated with handwritten humanistic minuscule. Unique in its character set digital version of Ladoga was designed by Viktor Kharyk on the base of artworks of Shchukin for ParaType. The family consists of roman and italic styles in display version and contains 4 basic styles in text version. The fonts include characters of original shapes as well as more modern alternatives. Besides there is a set of additional characters, old style figures and small caps. Ladoga is gorgeous in display sizes and pretty readable in texts. It’s well suitable for fiction literature, historical books, art criticism, religious and philologist works. The first version of the family was released in 2010. In 2013 two bold styles were added to the text version.