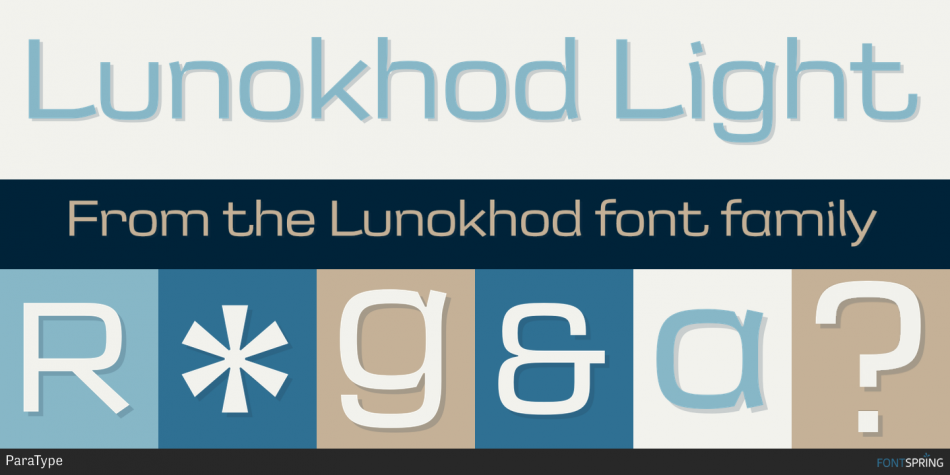 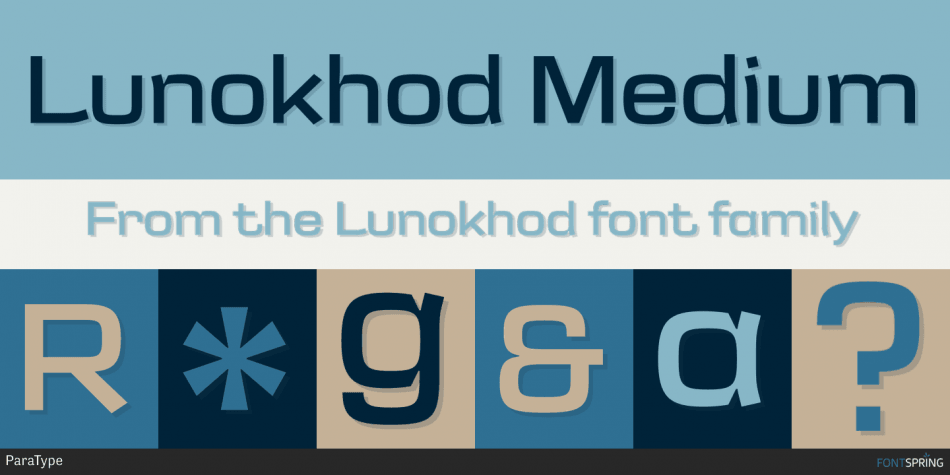 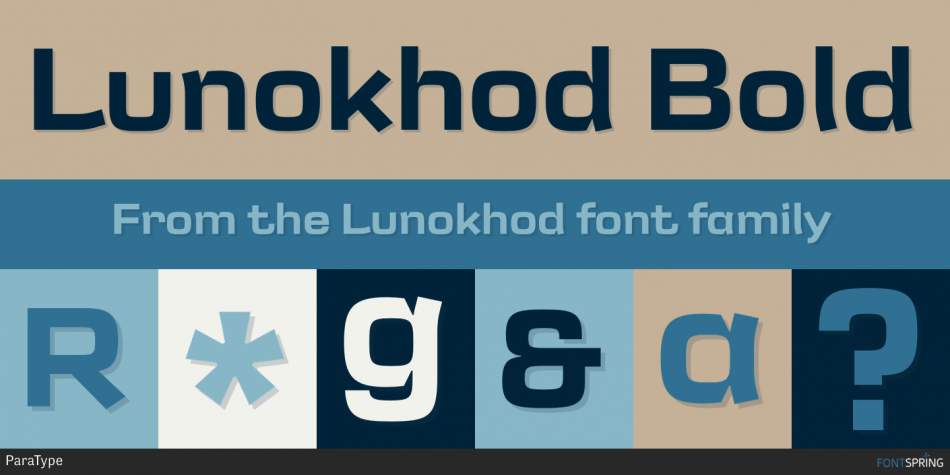 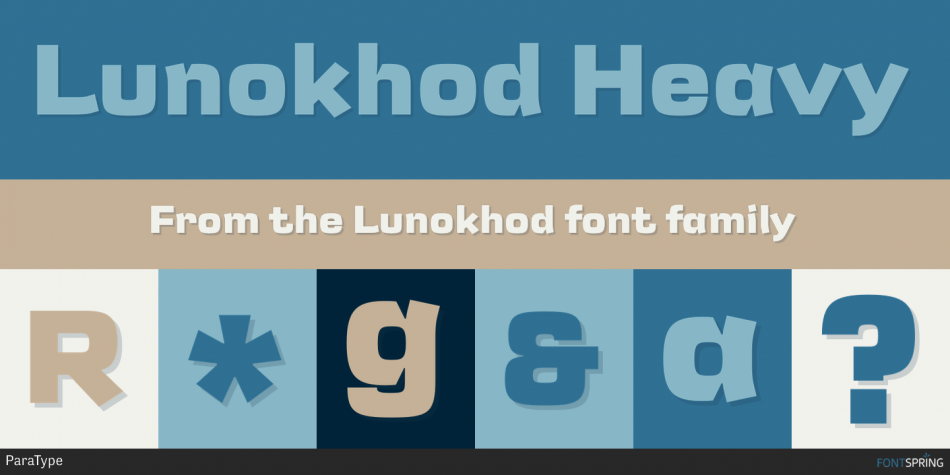 Designed by Oleg Karpinsky, Lunokhod is a display sans font family. This typeface has four styles and was published by ParaType.

Lunokhod type family (four weights) was designed by Oleg Karpinsky for ParaType in 2005. Lunokhod is an original wide sans serif with square shapes of oval glyphs. Several Cyrillic glyphs such as Н, У, Ч, г, д, т have alternate letterforms. For example capital H has two shapes: Latin one with diagonal central stroke and traditional Cyrillic with horizontal bar. Capital У and Ч have symmetrical and asymmetrical shapes. For use in display typography and for short text passages.