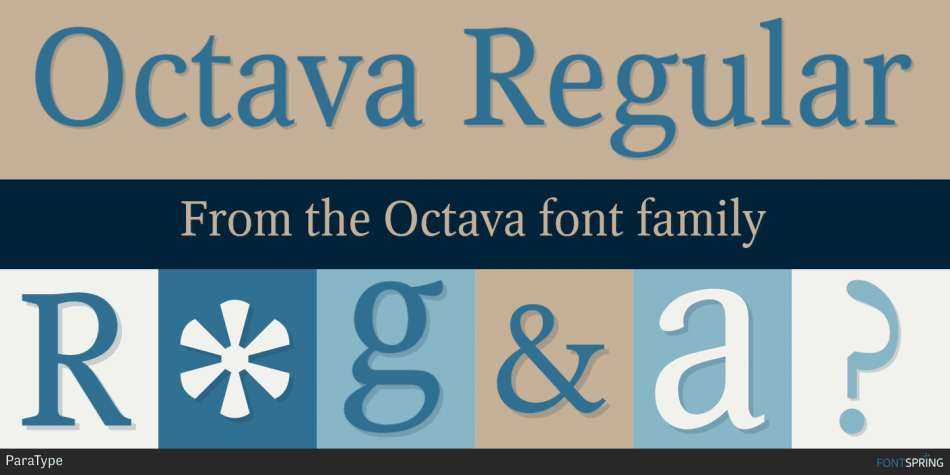 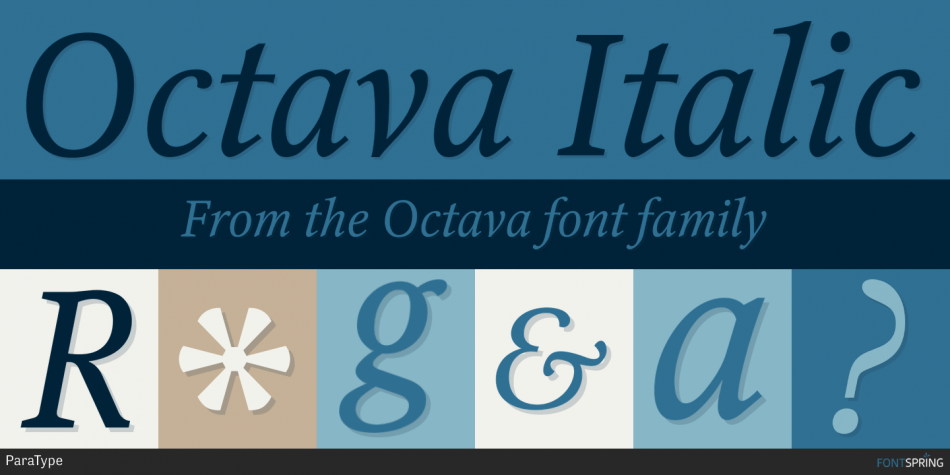 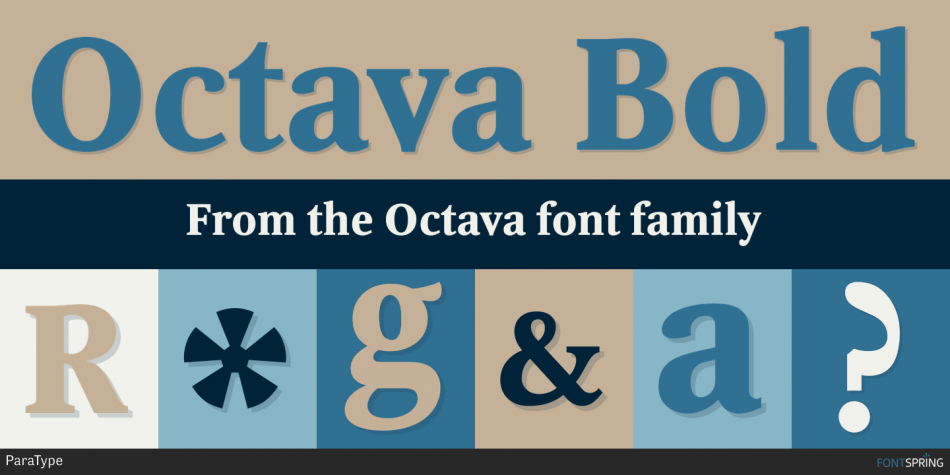 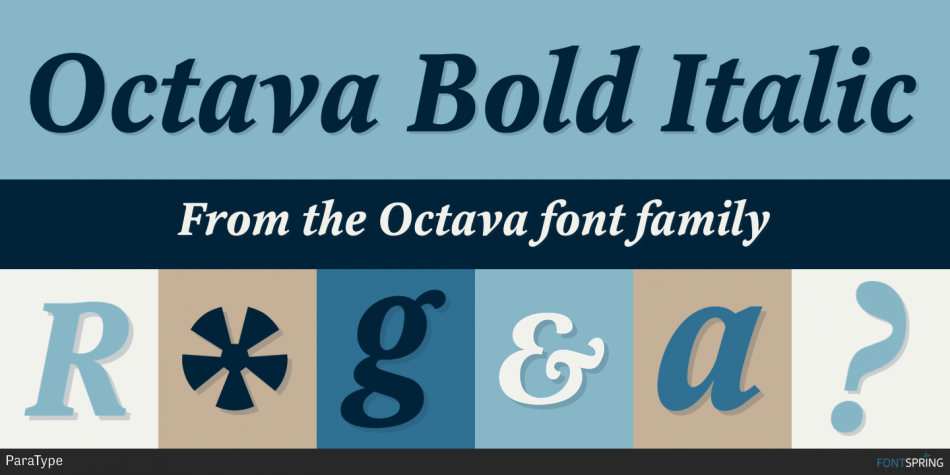 Designed by Vladimir Yefimov, Octava is a serif and slab serif font family. This typeface has four styles and was published by ParaType.

Octava is a contemporary variation of Modern Serif typefaces. It was commissioned by the Russian Bible Society and originally released under the name Scriptura Russica in 1996 in three styles—Book, Italic, Bold and was used for the modern edition of Testimonials in Russain. Lately it was extended by the letters Western alphabets and Bold Italic style was added to the family. Design of Octava was inspired by Lectura (1969) by Dick Dooijes and Stone Print (1991) by Sumner Stone. With it large x-height the typeface is both space saving and quite legible in small sizes. The name Octava means that it was specially designed for the 8 point size setting. All styles include additional set of old style figures and Book style includes small caps. Designed in ParaType in 2001 by Vladimir Yefimov. In 2012 the font was revised and rebuilt with minor additions and corrections.