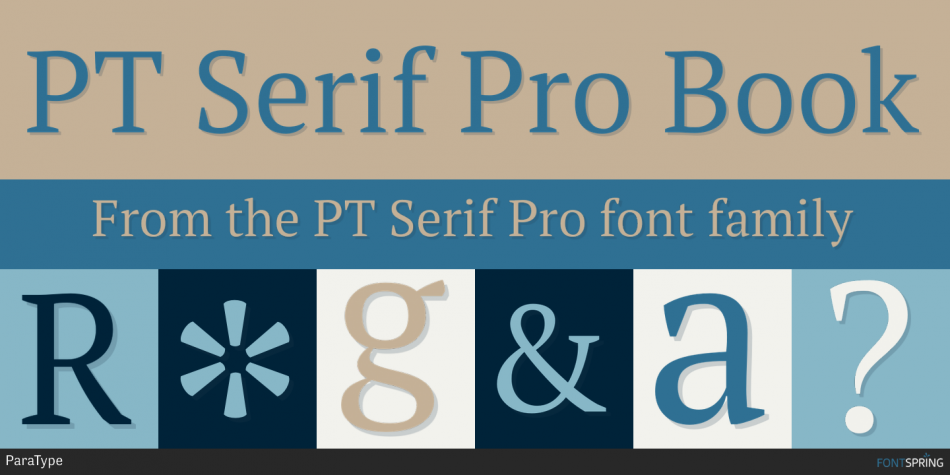 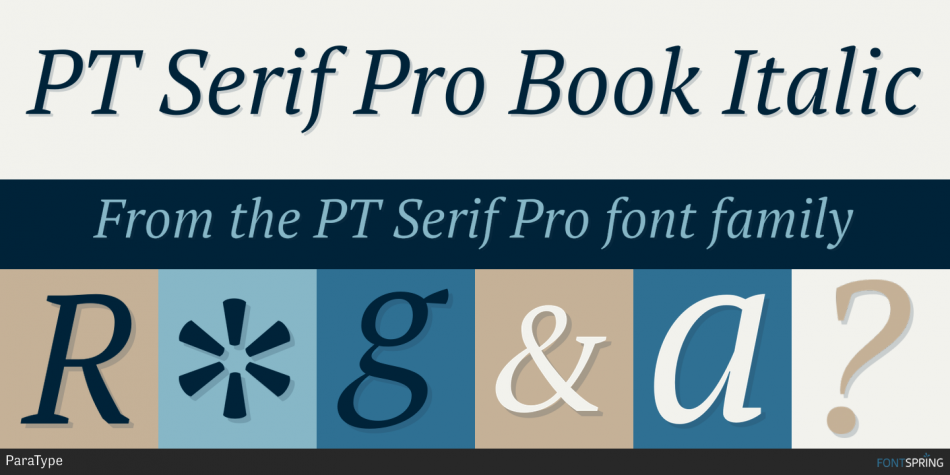 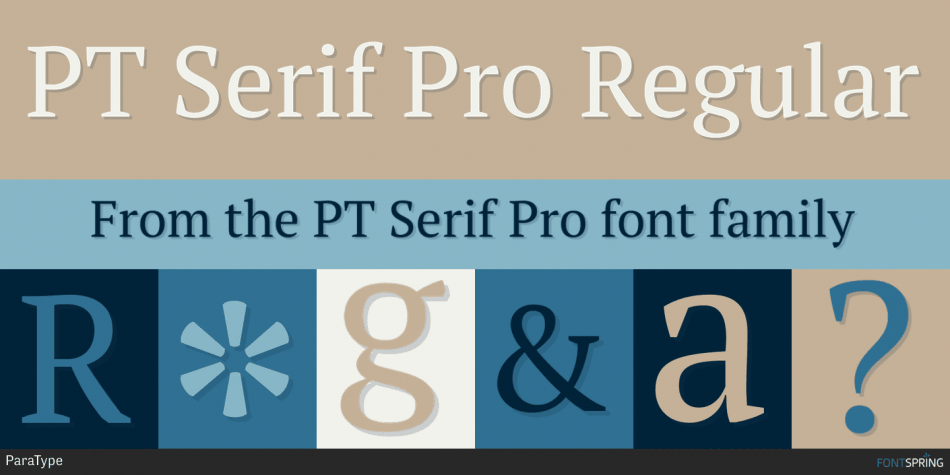 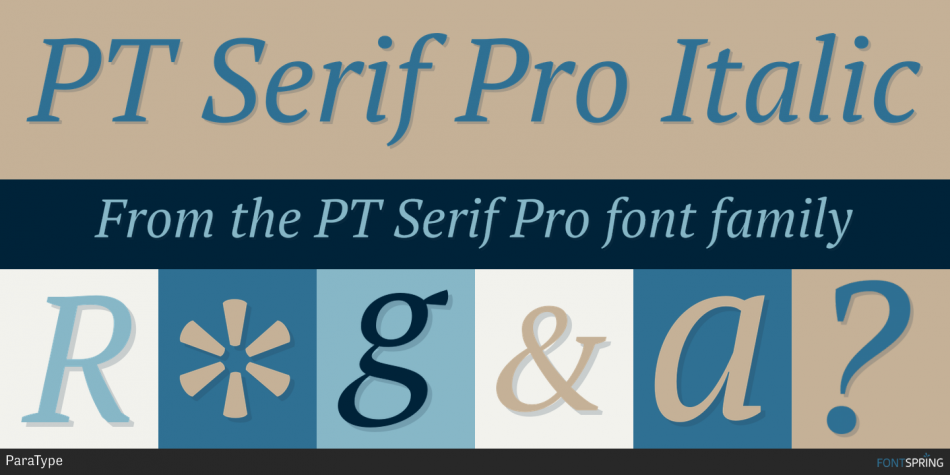 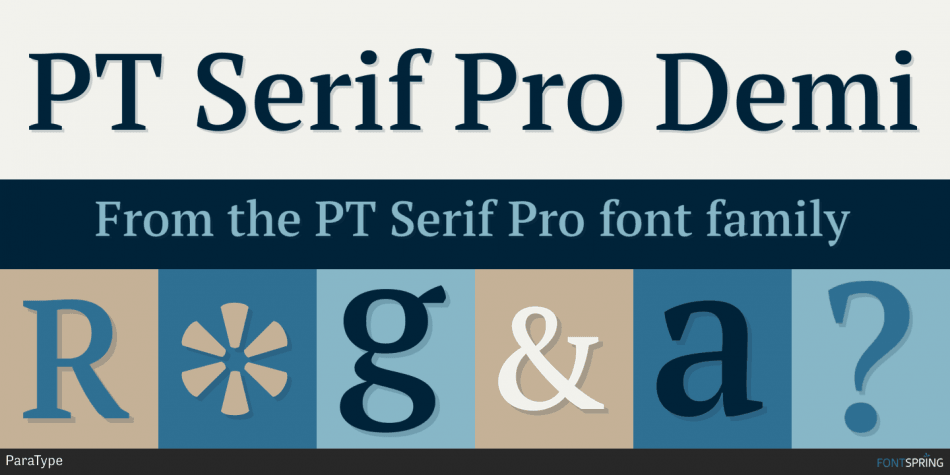 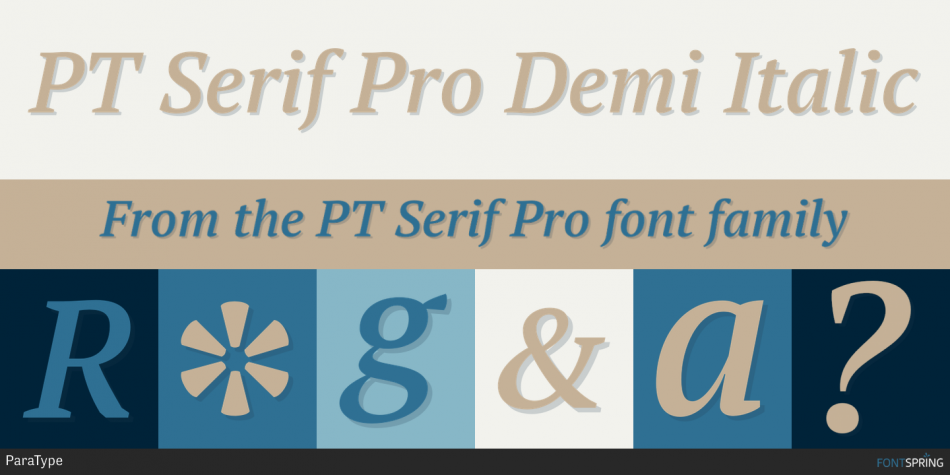 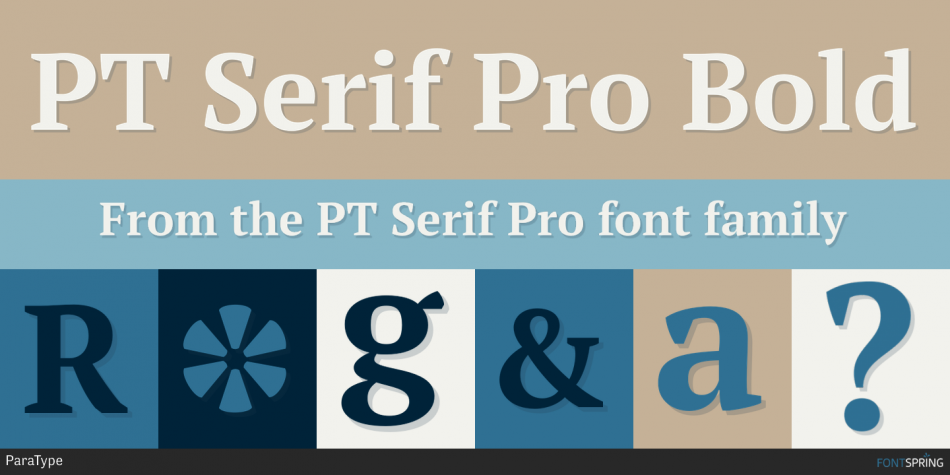 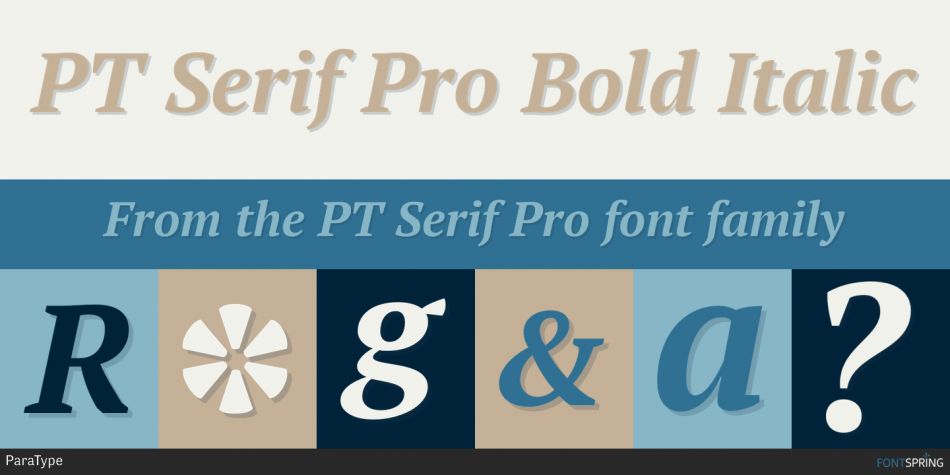 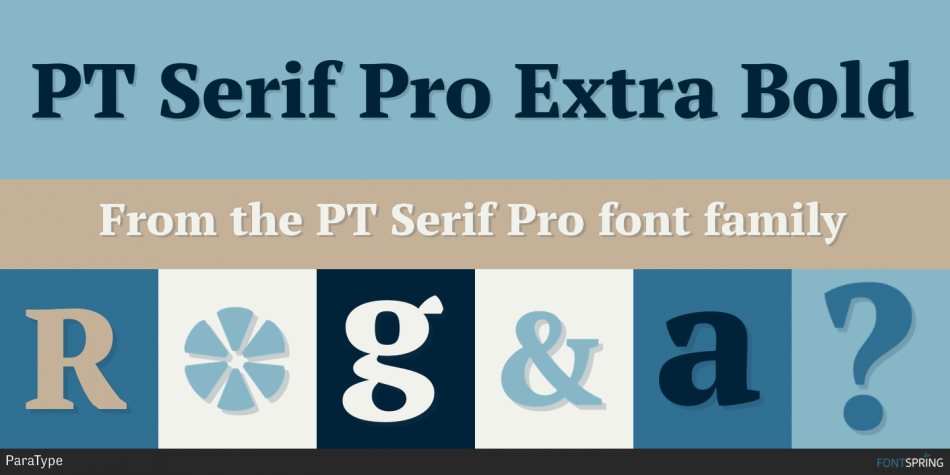 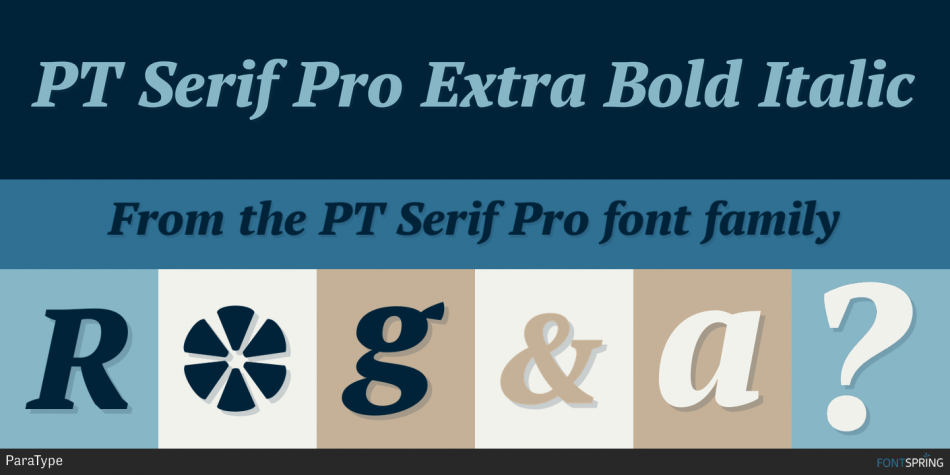 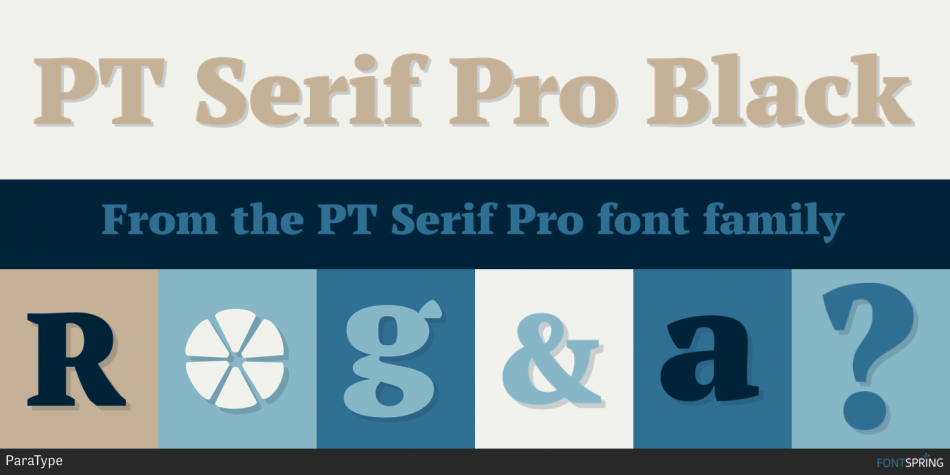 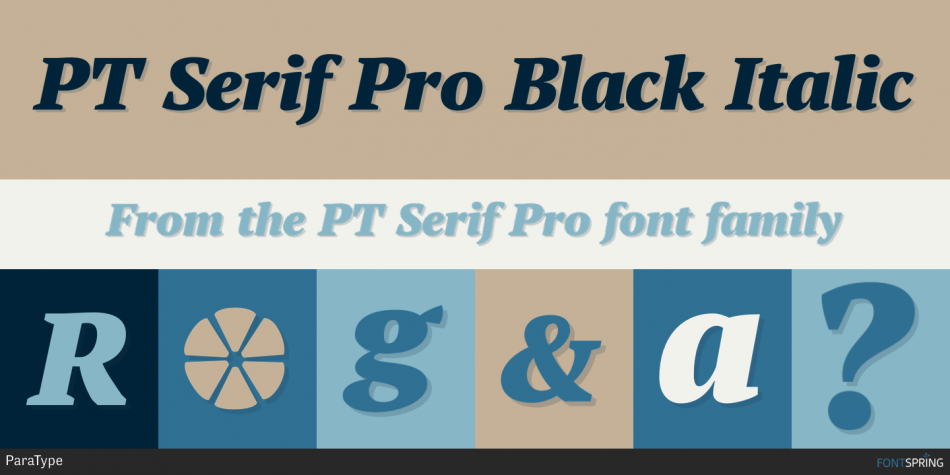 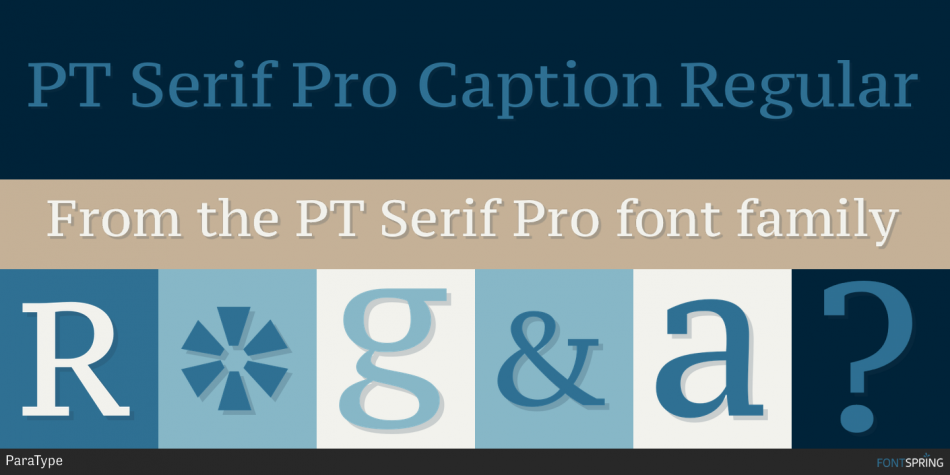 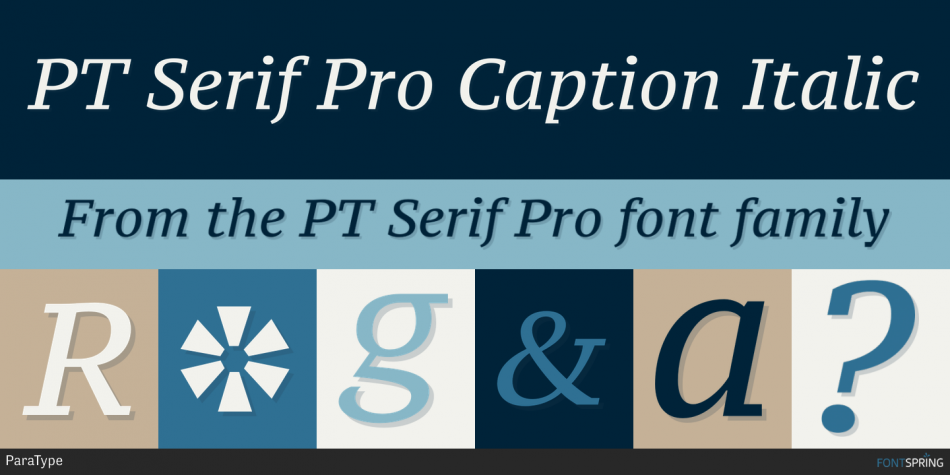 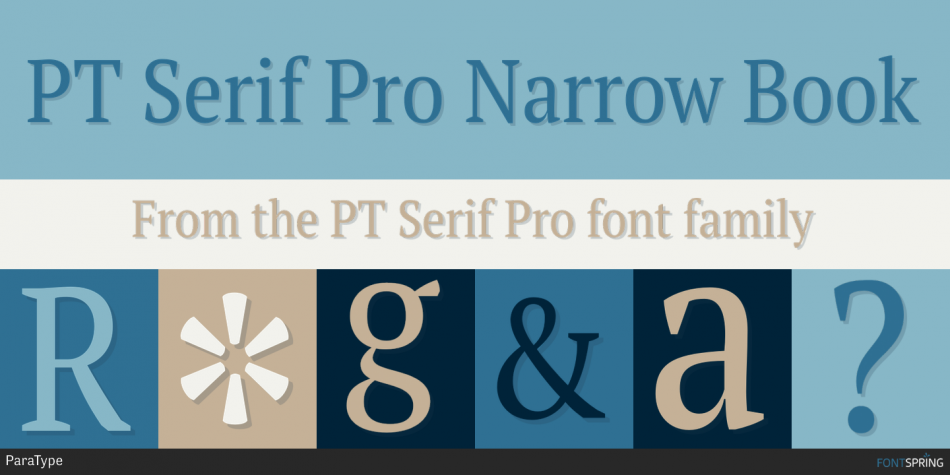 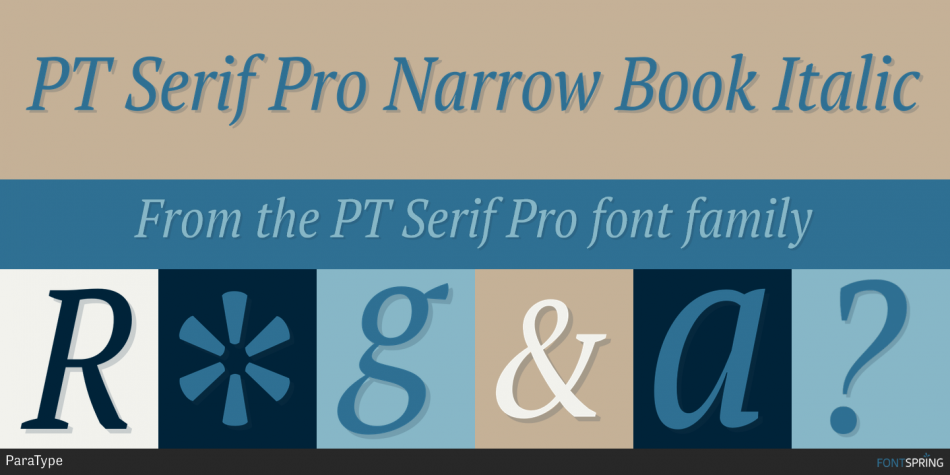 Designed by Alexandra Korolkova and Olga Umpeleva, PT Serif Pro is a serif font family. This typeface has thirty-eight styles and was published by ParaType.

PT Serif Pro is an universal type family designed for use together with PT Sans Pro family released earlier. PT Serif Pro coordinates with PT Sans Pro on metrics, proportions, weights and design. It consists of 38 styles: 6 weights (from light to black) with corresponding italics of normal proportions; 6 weights (from light to black) with corresponding italics of narrow proportions; 6 weights (from light to black) with corresponding italics of extended proportions; and 2 caption styles (regular and italic) are for texts of small point sizes. The letterforms are distinguished by large x-height, modest stroke contrast, robust wedge-like serifs, and triangular terminals. Due to these features the face can be qualified as matched to modern trends of type design and of enhanced legibility. Mentioned characteristics beside conventional use in business applications and printed stuff made the fonts quite useable for advertising and display typography. Each font next to standard Latin and Cyrillic character sets contains alphabet glyphs of title languages of the national republics of Russian Federation and support the most of the languages of neighboring countries. The fonts were developed and released by ParaType in 2011. Design—Alexandra Korolkova with assistance of Olga Umpeleva and supervision of Vladimir Yefimov. In May of 2011 PT Serif family together with PT Sans was awarded by Bronze in Original Typeface category on ED-Awards Design Festival.