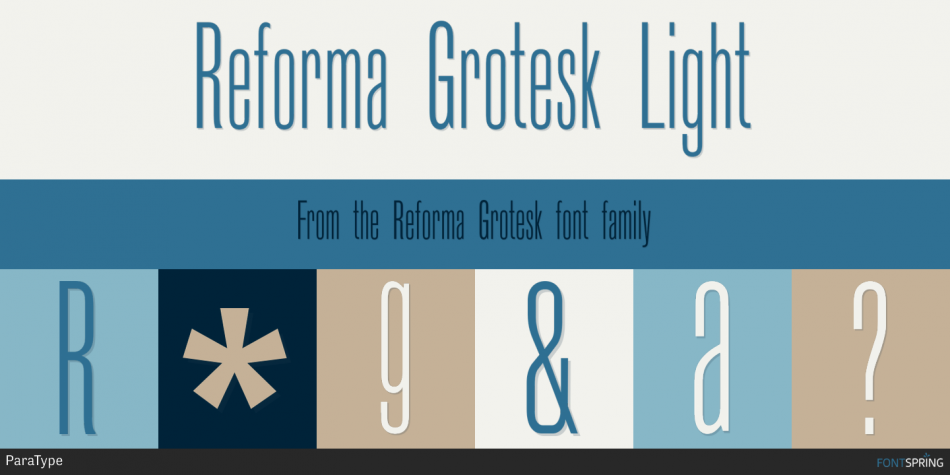 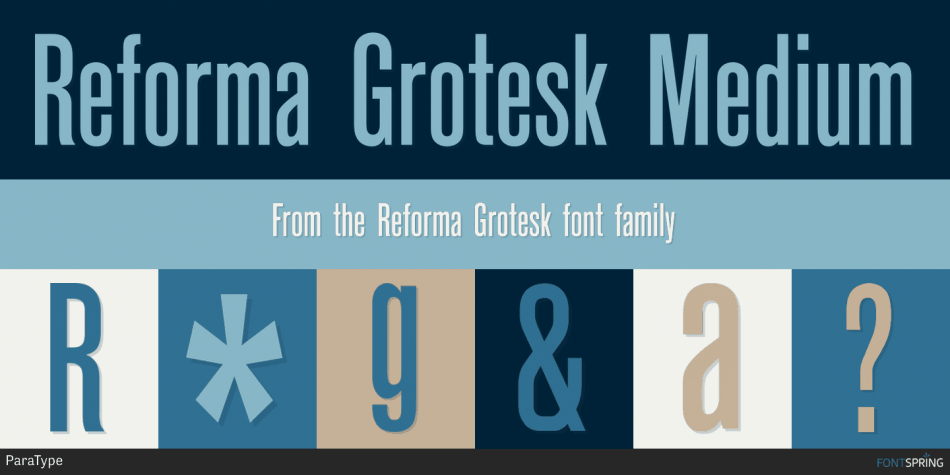 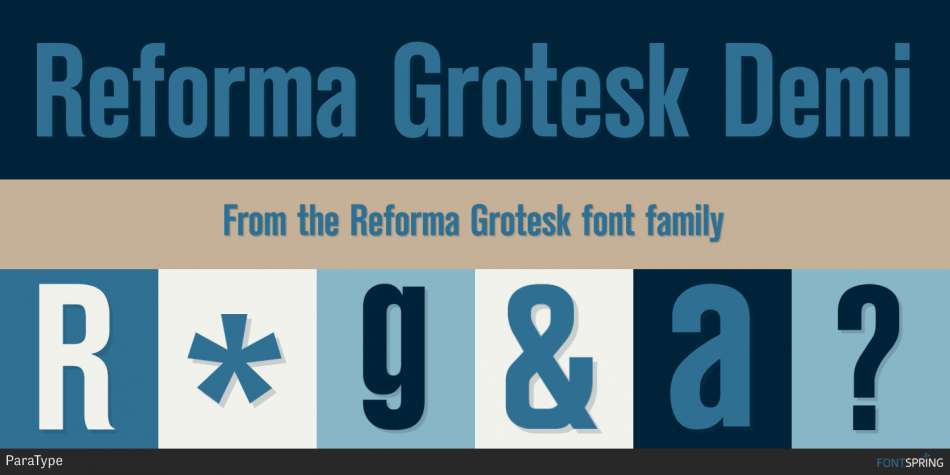 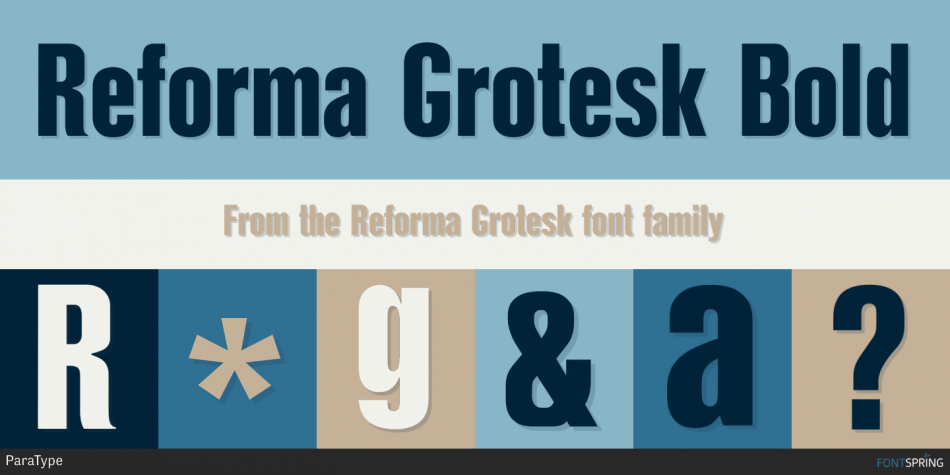 Designed by Albert Kapitonov, Reforma Grotesk is a sans serif font family. This typeface has four styles and was published by ParaType.

The design of Reforma Grotesk fonts is based on the letterforms of Russian pre-revolutionary hand composition typefaces: Uzky Tonky Grotesk («Condensed Thin Sans»), Poluzhirny Knizhny Grotesk («Semibold Book Sans») and Reforma of H. Berthold and O. Lehmann foundries (St. Petersburg). This extra compressed sans serif with distinctive letter shapes is typical for display fonts of the end of 19th and early 20th centuries. For use in advertising and display typography. Rewarded by the “Galina” Prize for the creative exploration of the Russian typographic tradition at “Kyrillitsa’99” international type design competition in Moscow. Designed in 1999 by Albert Kapitonov. Released by ParaType in 2000.