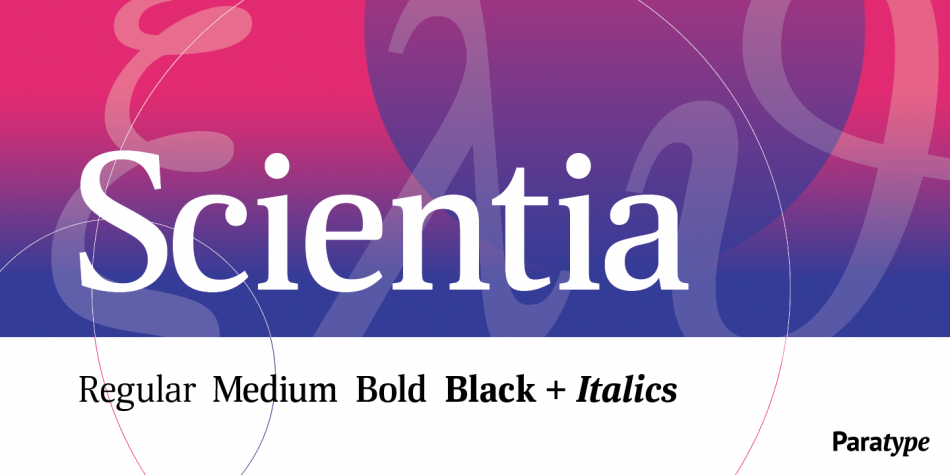 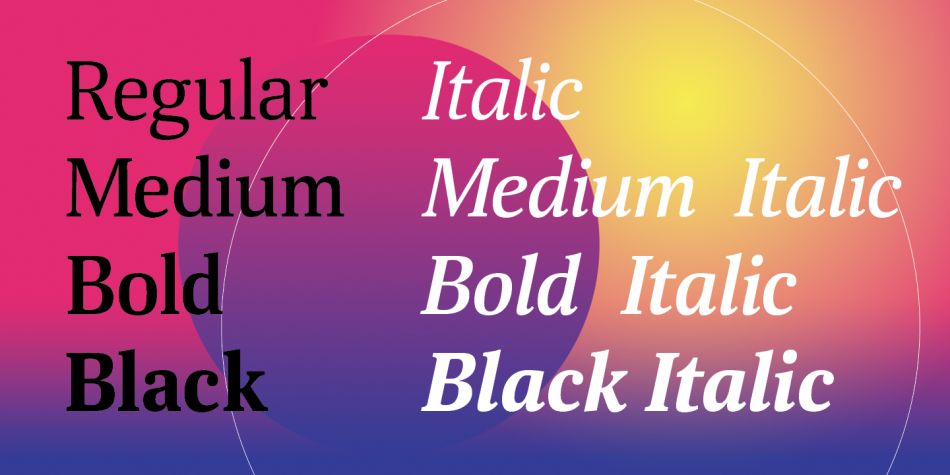 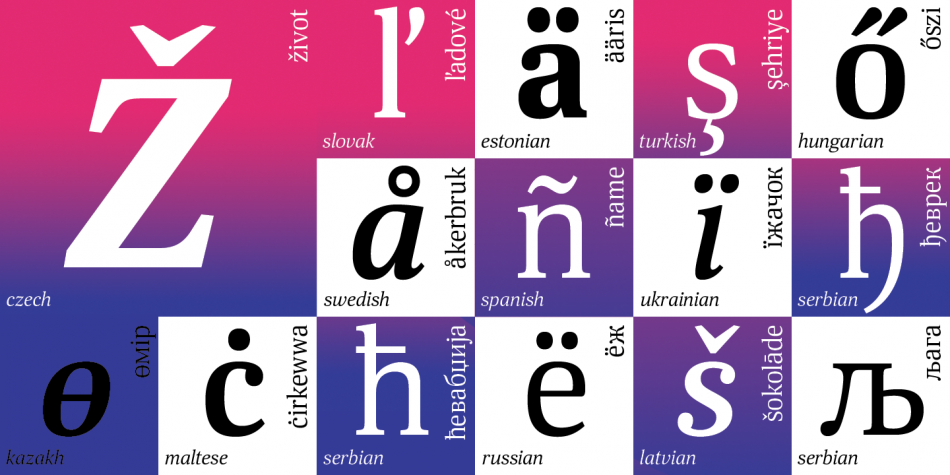 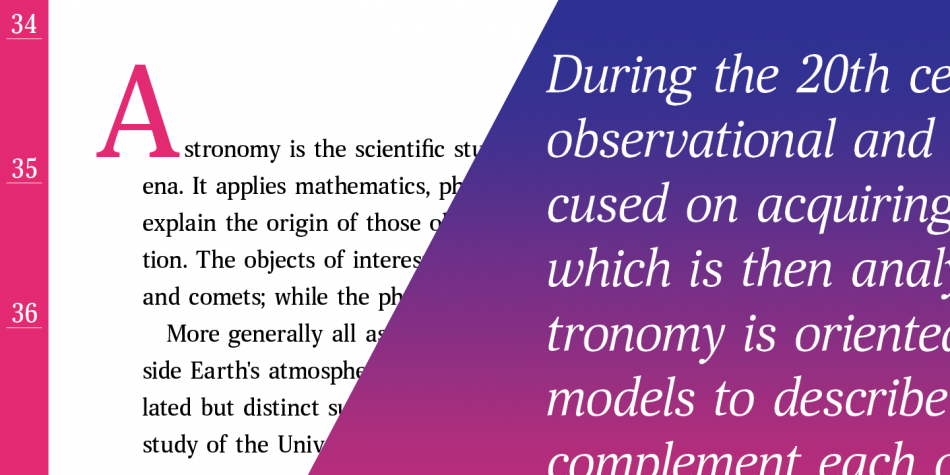 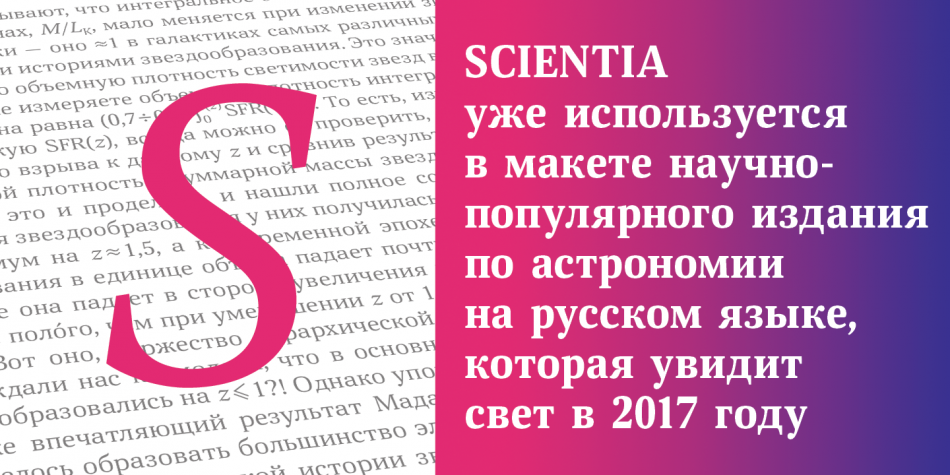 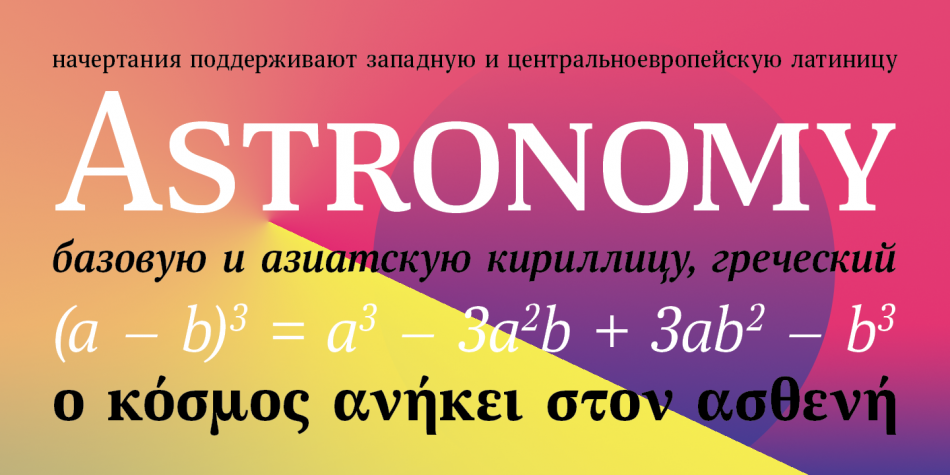 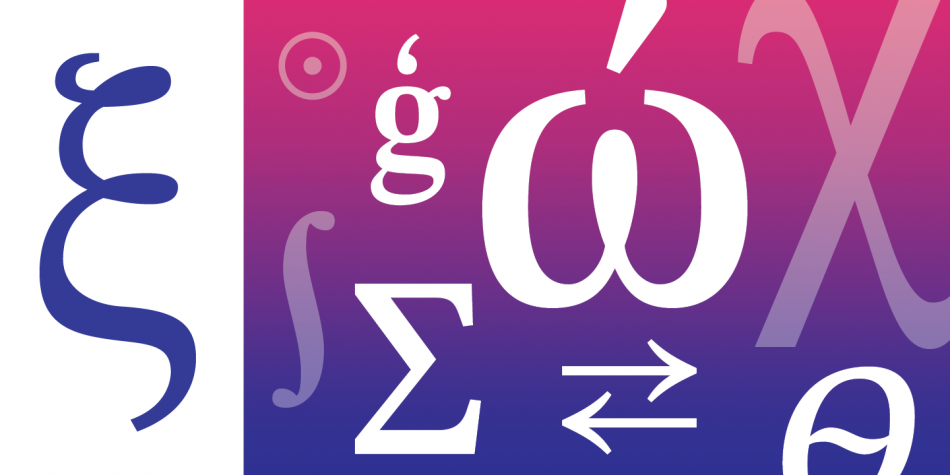 Designed by Natalia Vasilyeva, Scientia is a serif font family. This typeface has eight styles and was published by ParaType.

Regular and Medium styles include smallcaps for all supported languages. In addition to the standard set of non-alphabetic characters Scientia has arrows and some supplemental mathematical symbols.

The font was created by Natalia Vasilyeva. Being a professional book designer, Natalia uses Scientia in astronomy books. Scientia is a good choice for literary fiction and academic non-fiction texts.

The typeface was released by ParaType in 2016.