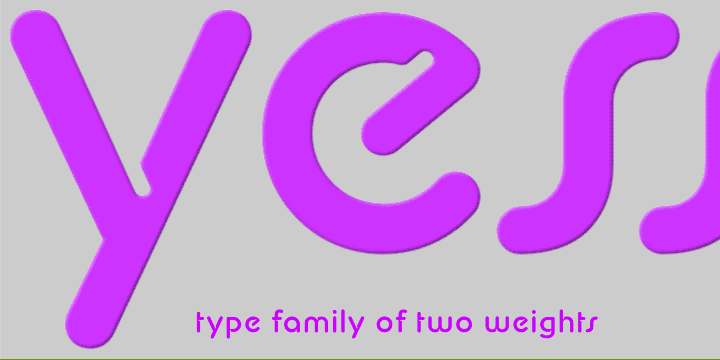 Designed by Oleg Karpinsky, Yess is a display sans font family. This typeface has two styles and was published by ParaType.

Yess is a revival of a typeface designed by Oleg Karpinsky in the middle of the 70’s. It was used primarily in advertising posters for a Soviet foreign trade company named ‘Soyuzchimexport’ in the early 1980’s.

The digital version was made with the addition of a light weight. The typeface was released by ParaType in 2007.