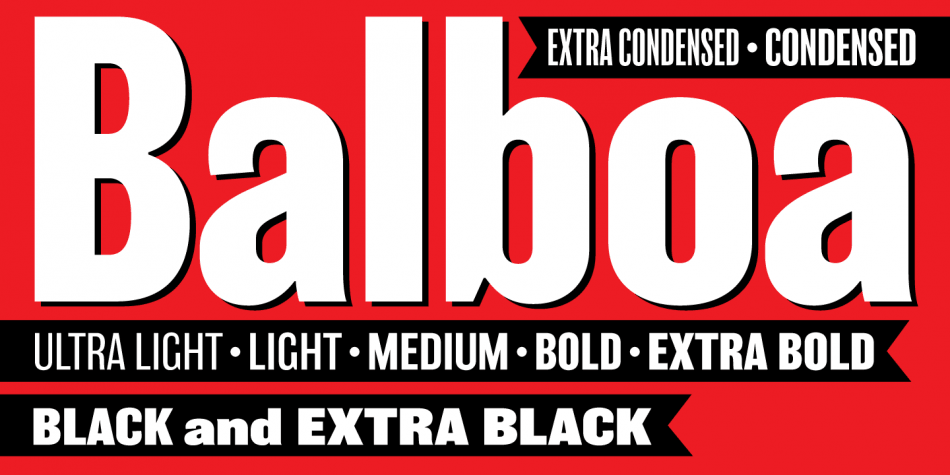 Balboa is a sans serif font family. This typeface has nine styles and was published by Parkinson Type Design. 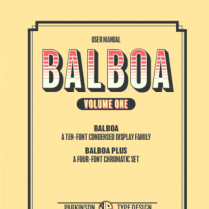 Balboa is a display design combining elements of early sans serif and grotesque types with contemporary types. It evolved from ATF Headline Gothic, Banner (a headline typeface I drew for the San Francisco Chronicle), and Newsweek No.9, a Stephenson Blake-like grotesque I designed for Roger Black’s 1980 redesign of Newsweek Magazine.

Originally released in 2001, there are nine styles, including three new styles that have been added in 2014: Medium, Light and Ultra Light.