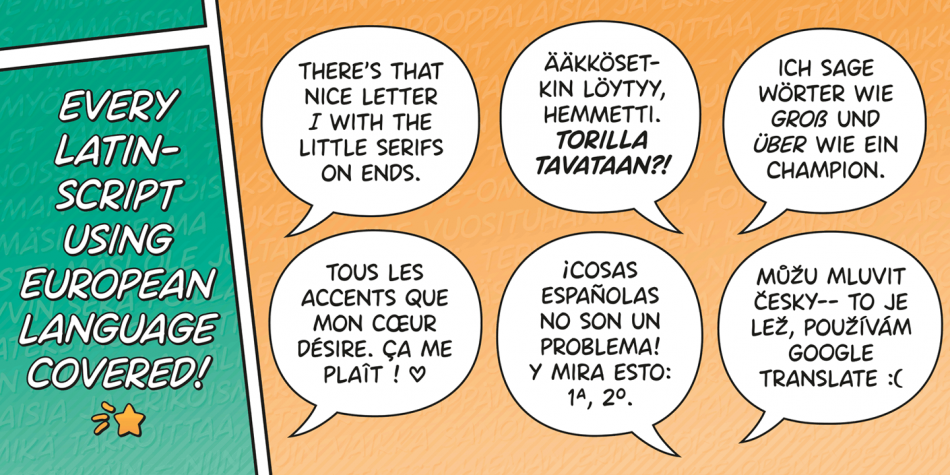 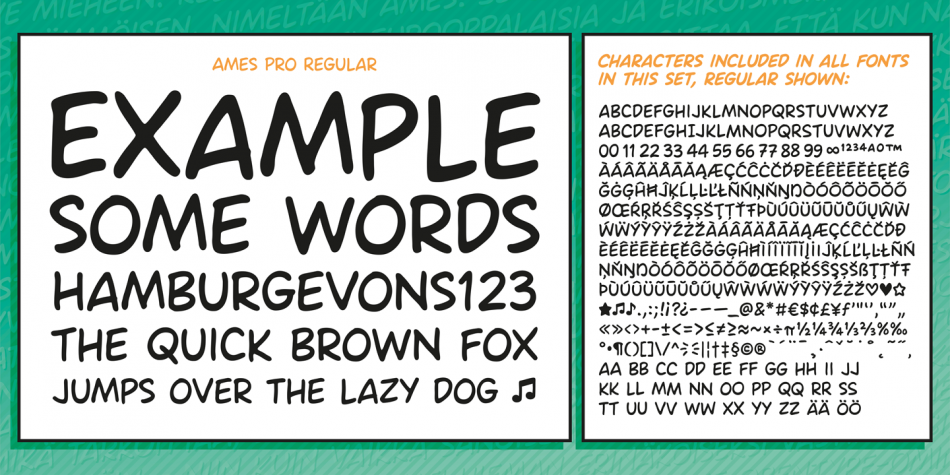 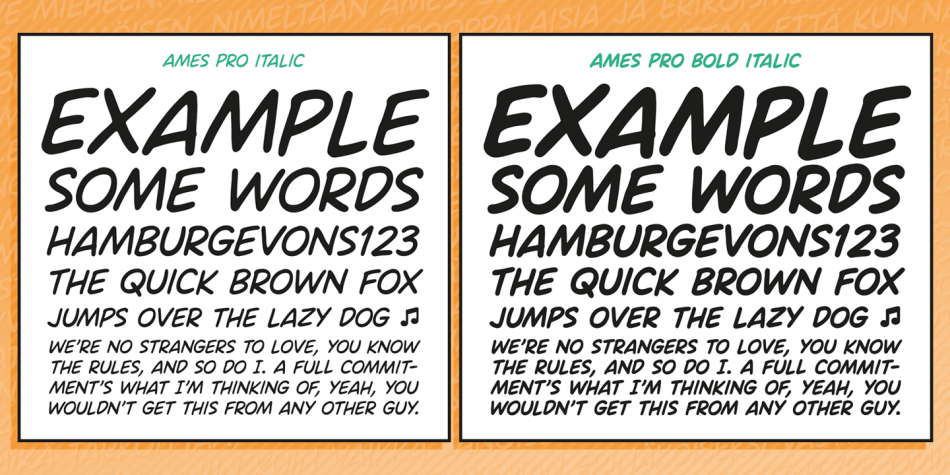 Ames Pro is a comic and hand display font family. This typeface has two styles and was published by Purastik Graphics.

A three font family. This contains every font in the Ames Pro Family.

Seen in many popular LINE Webtoon and Hiveworks webcomics and numerous printed and digital indie comics from all over the world, the free comic font Ames has been an indie comic creator’s pal since 2011. Ames Pro is the updated, commercial version from 2018 that comes with Italic and Bold Italic cuts, improved performance and added extra characters.

Old Ames has been buffed and polished to perform better at lower resolutions and it comes with a new set of digits and dingbats. Now, not only pairs of two identical letters get automatically swapped for pairs where the second letter is a slightly differing alternate, but the number pairs do that as well. Ames Pro supports every Latin-script using European language.