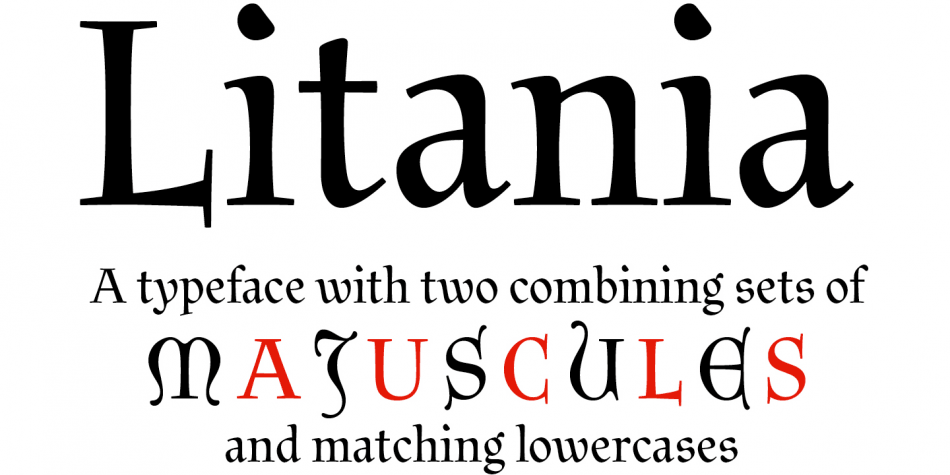 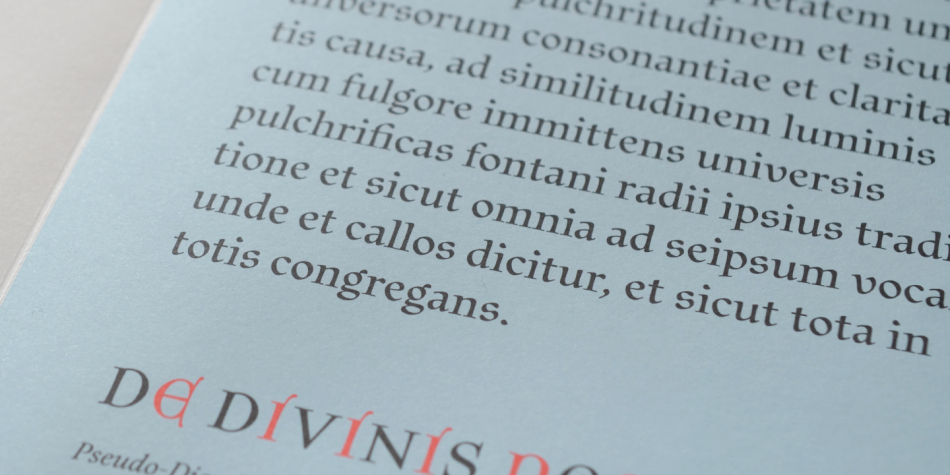 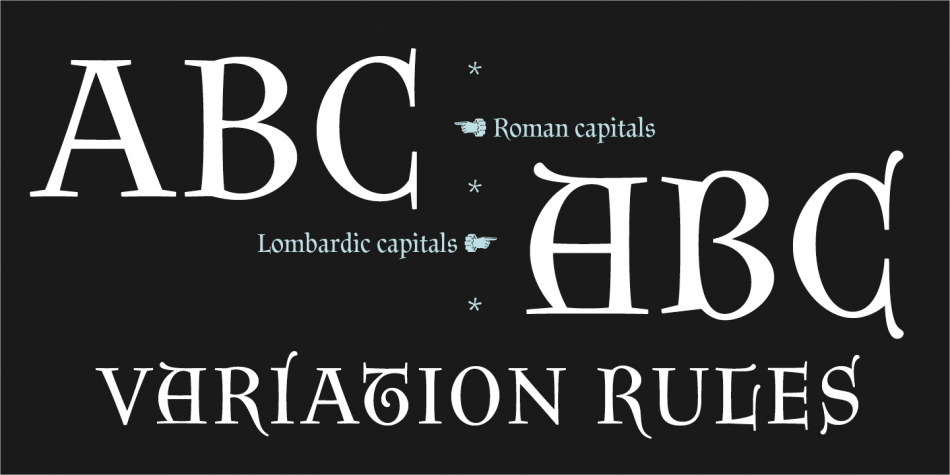 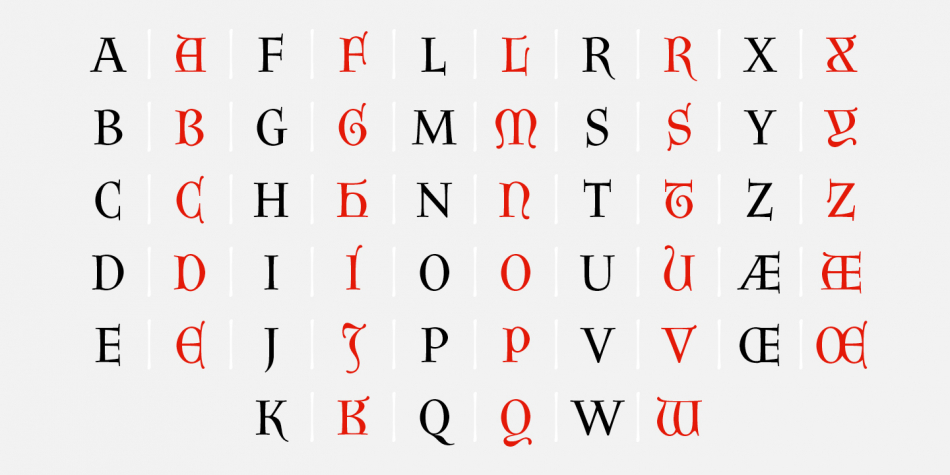 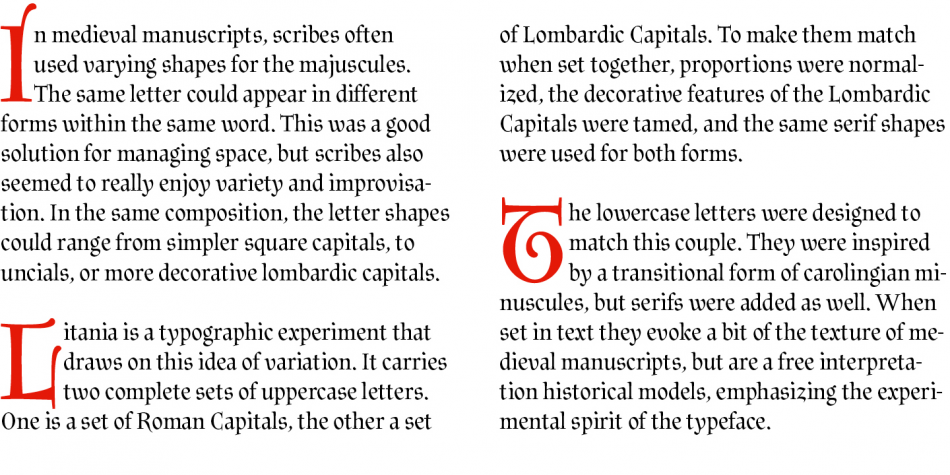 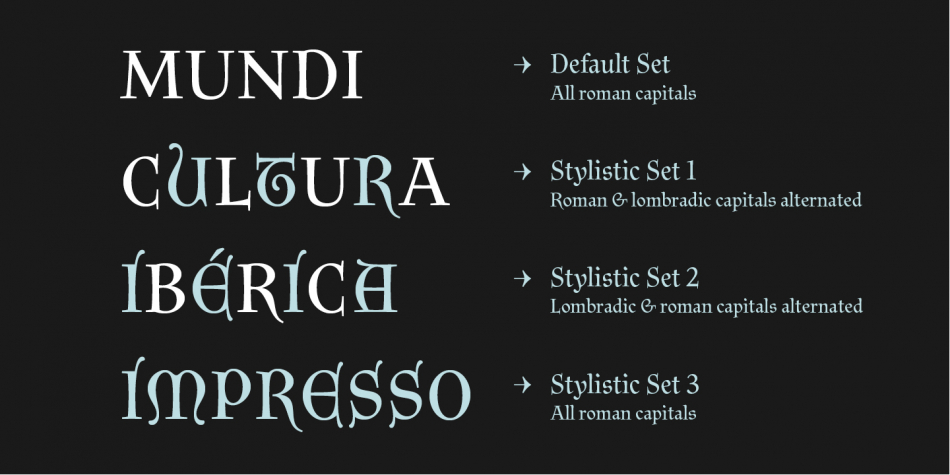 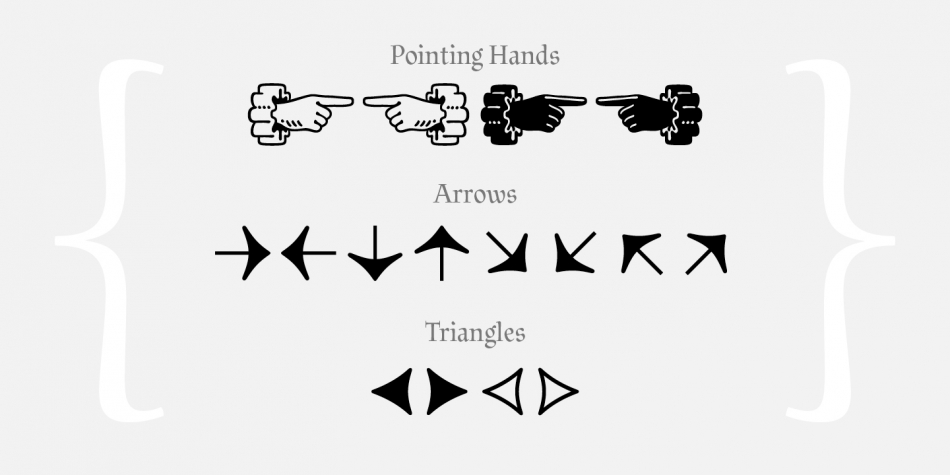 Litania is a historical and serif font published by Rui Abreu.

In medieval manuscripts, scribers often used varying shapes for the majuscules. The same letter could appear in different forms within the same word. This was a good solution for managing space, but scribers also seemed to really enjoy variety and improvisation. In the same composition, the letter shapes could range from simpler square capitals, to uncials, or more decorative lombardic capitals.

Litania is a typographic experiment that draws on this idea of variation. It carries two complete sets of uppercase letters. One is a set of Roman Capitals, the other a set of Lombardic Capitals. To make them match when set together, proportions were normalized, the decorative features of the Lombardic Capitals were tamed, and the same serif shapes were used for both forms.

The lowercase letters were designed to match this couple. They were inspired by a transitional form of carolingian minuscules, but serifs were added as well. When set in text they evoke a bit of the texture of medieval manuscripts, but are a free interpretation historical models, emphasizing the experimental spirit of the typeface.