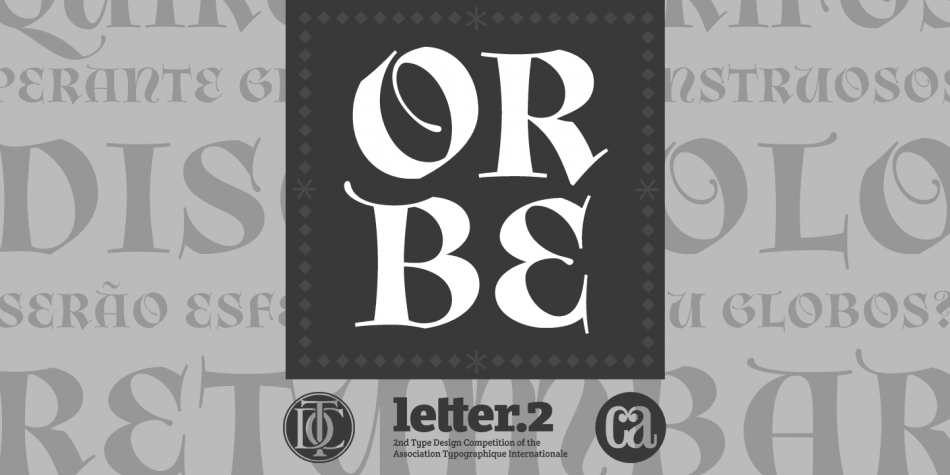 Orbe Pro is a historical font published by Rui Abreu.

Orbe is a typographic interpretation of the Lombardic majuscules. For its beauty and decorativeness, Lombardic capitals were the chosen form for versals in mediaeval manuscripts. These versals were an amalgamation of roman capitals and uncials.

In Orbe some majuscules resemble simpler roman capitals, while others are more ornamental shapes. This mixture allows for the composition of words, something usually hard to do with more conventional Lombardic majuscules. Orbe is available in OpenType and features a full CE supported character set, ornaments and ligatures.

Orbe received a “Certificate of Typographic Excellence” from the TDC in 2009, was one of Typographica’s favourite typefaces of 2008; was selected for the Typography Annual 1 of Communication Arts; was nominated for the German Design Award 2010; was a winning entrie of Atypi Letter.2.