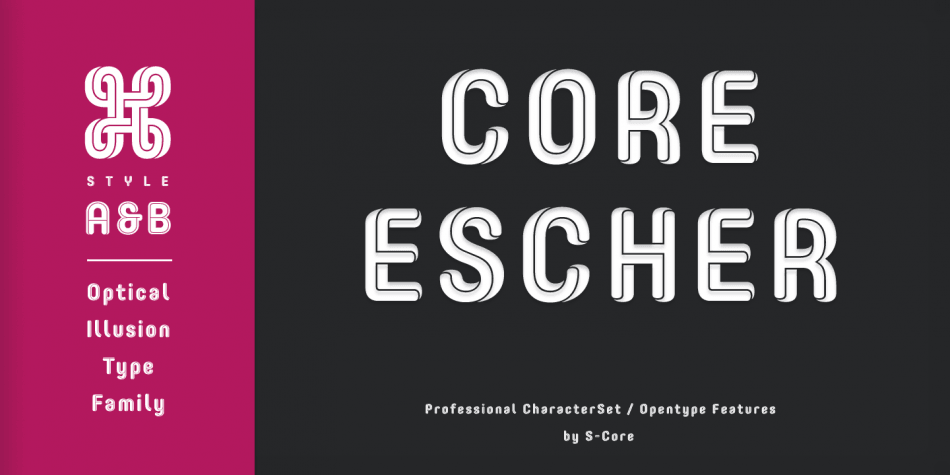 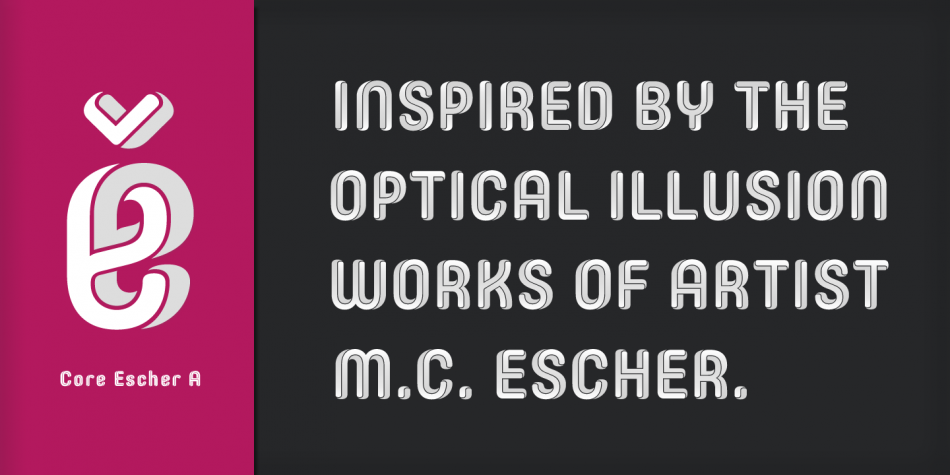 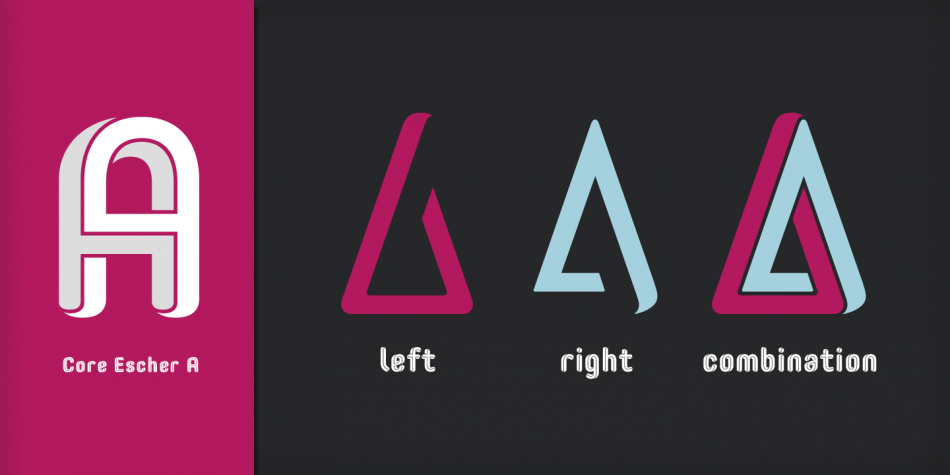 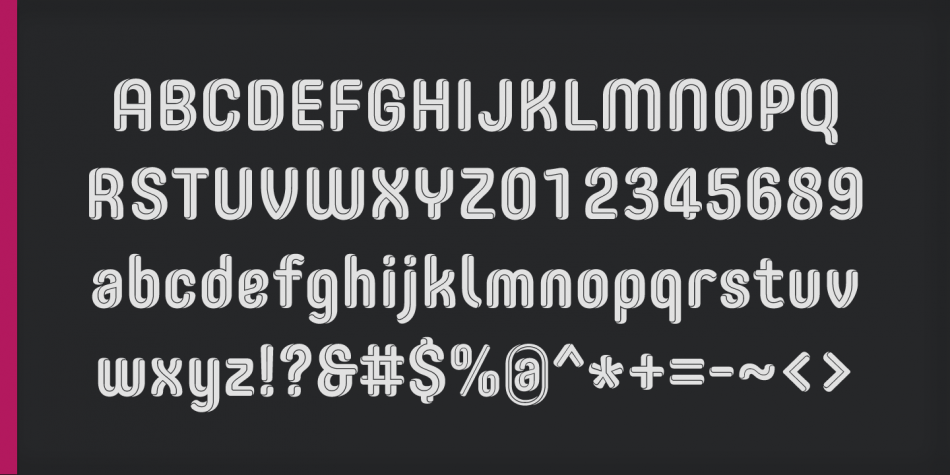 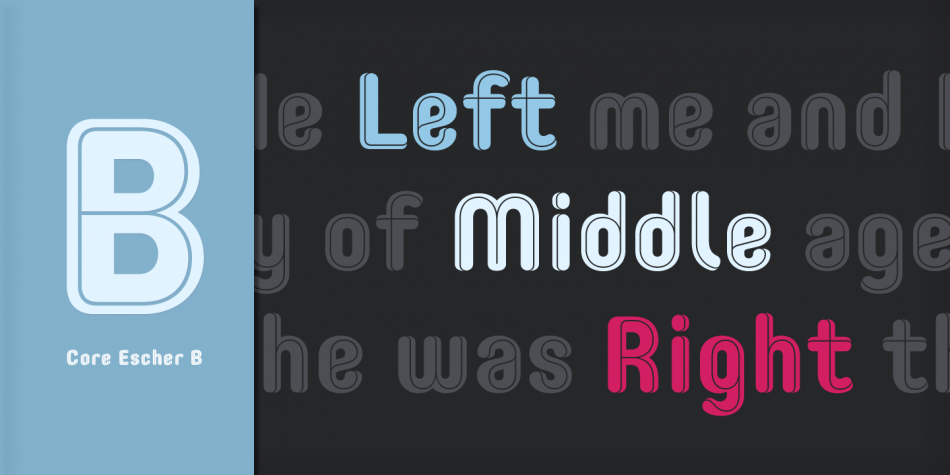 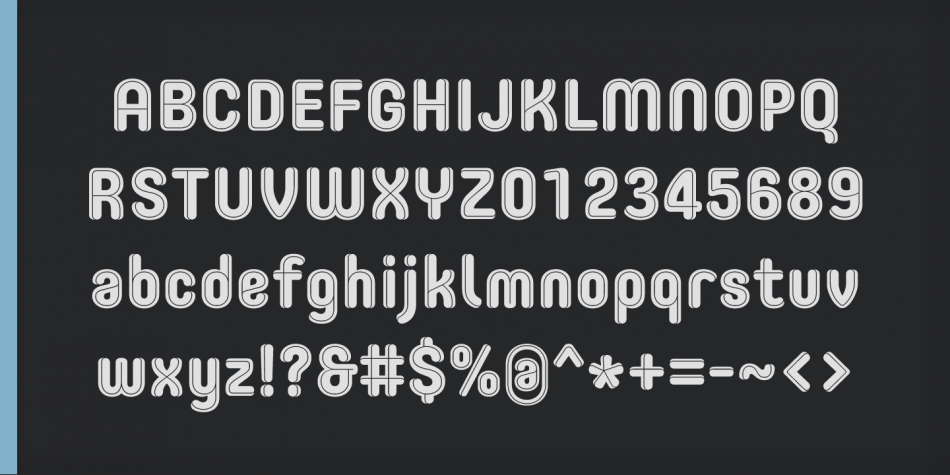 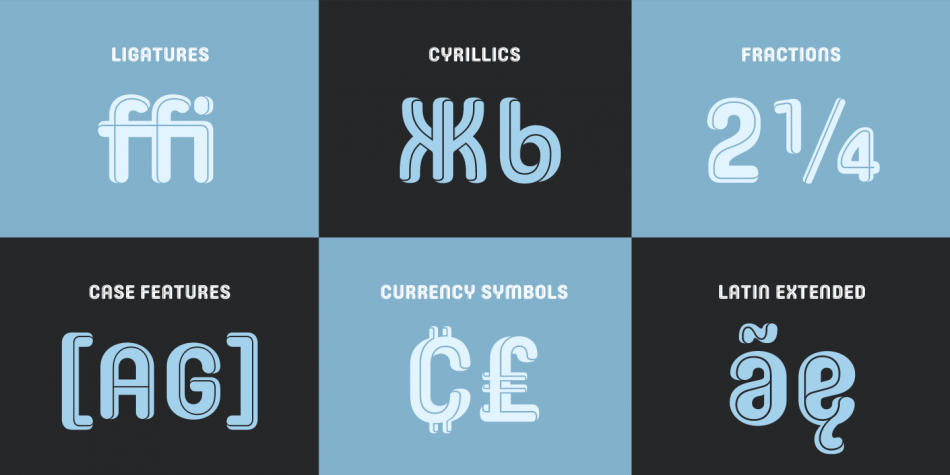 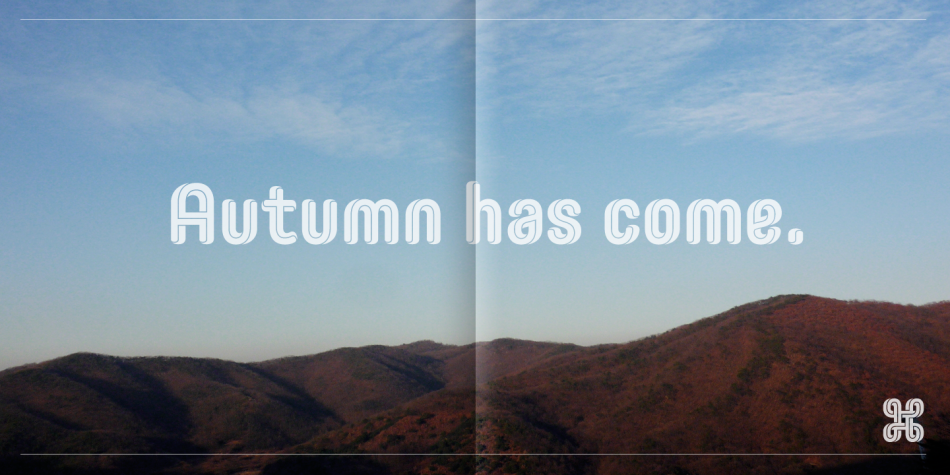 Core Escher is a display sans font family. This typeface has six styles and was published by S-Core.

The letterforms in this type family are structurally twisted and complicated but it looks simple because of its simple strokes. And for easy color variations, it split into two fonts, Core Escher A Left and Right.

Core Escher B has a different kind of optical illusion. The letters of Core Escher B look like three dimentions by just putting thin lines on bold letters. Also B has two sub-families that have different viewpoints.

This family is really nice for book titles, headlines, logotypes and any artworks.