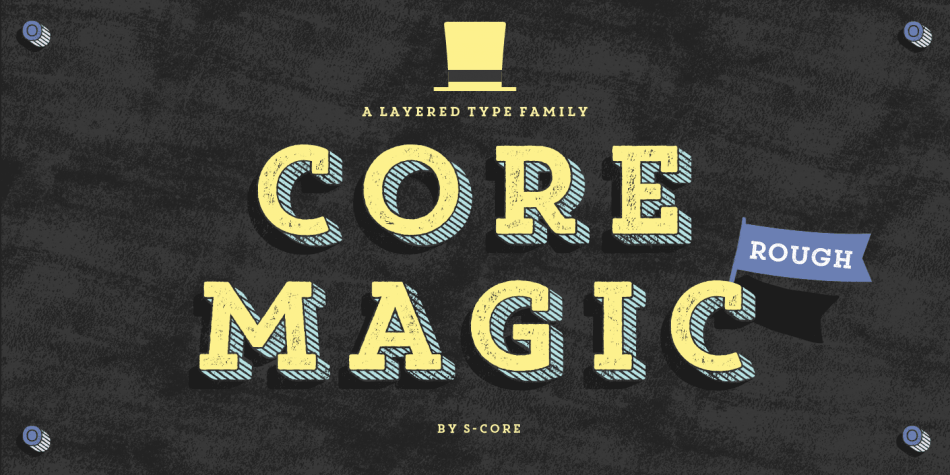 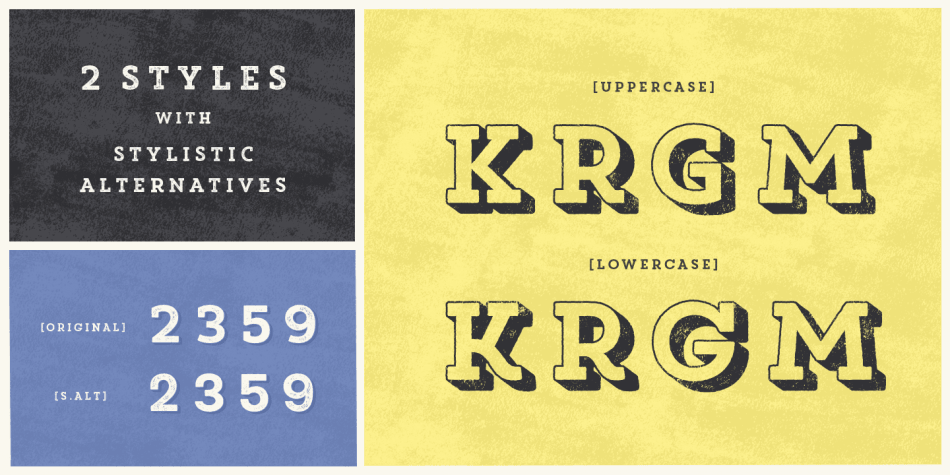 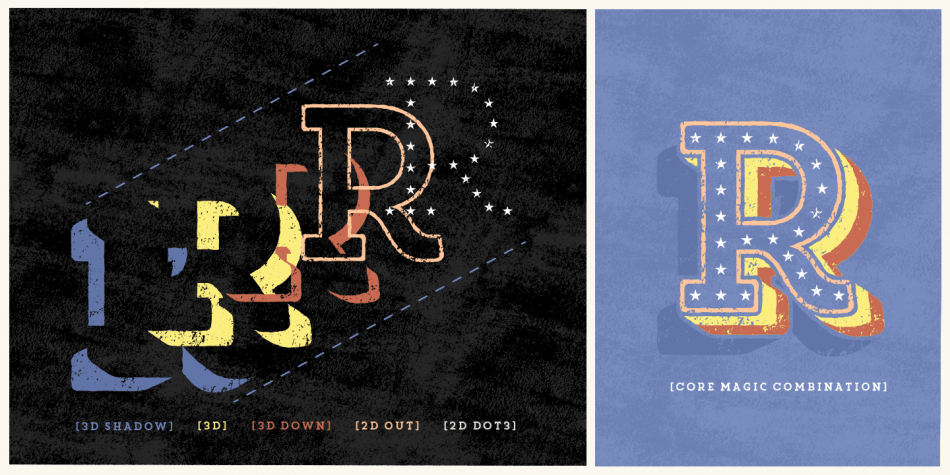 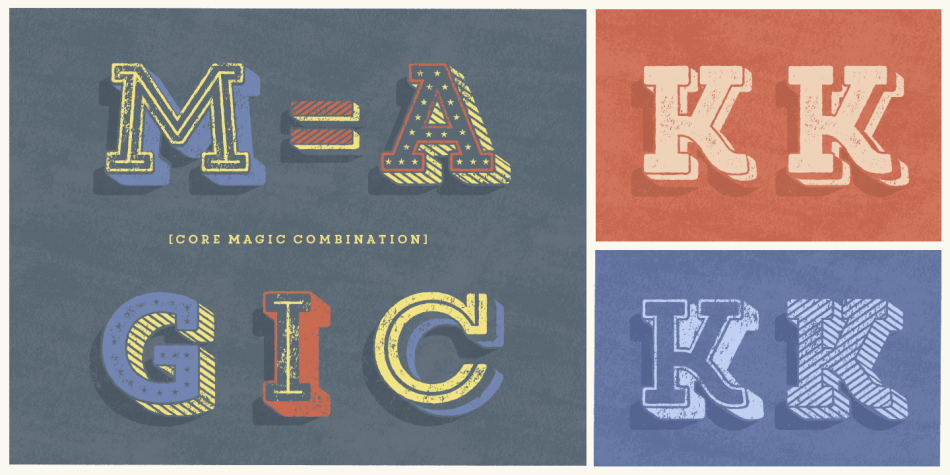 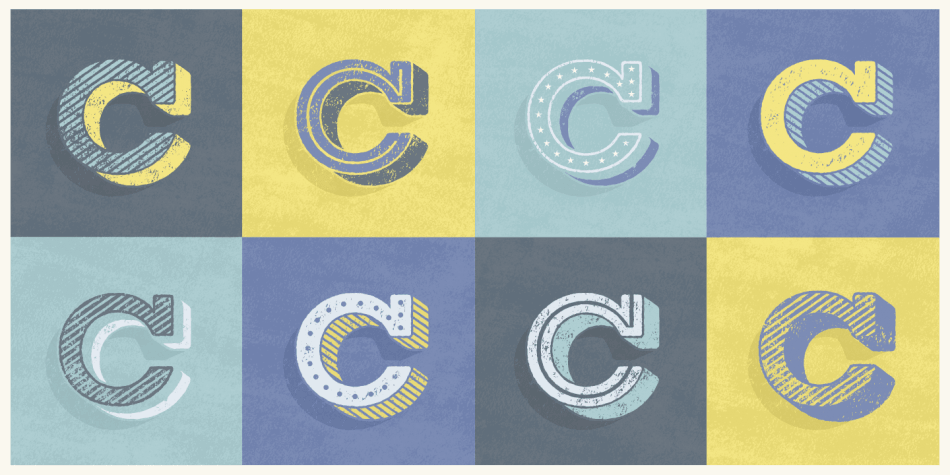 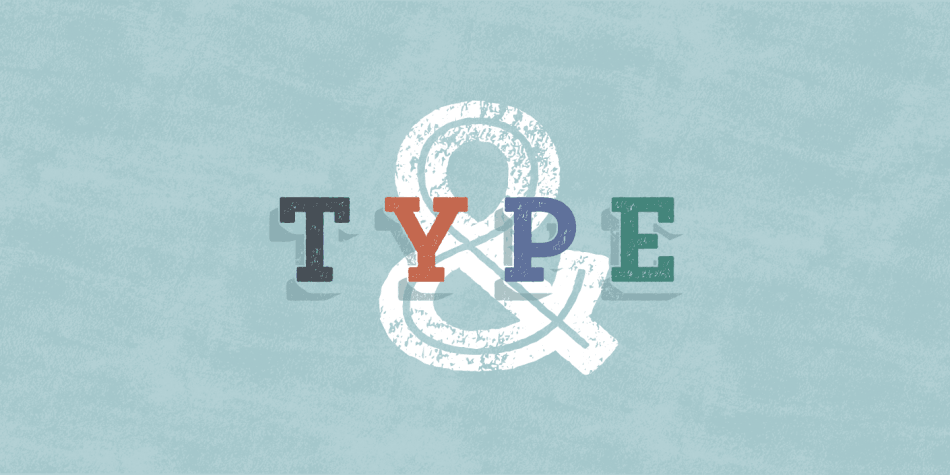 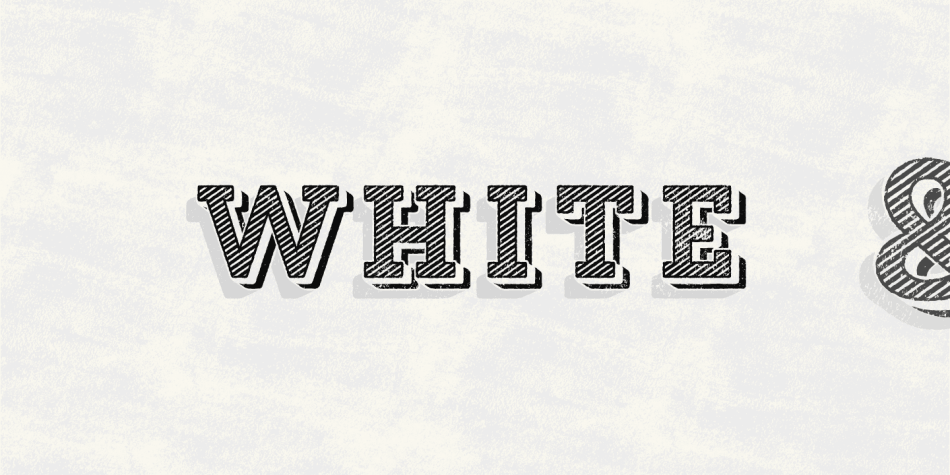 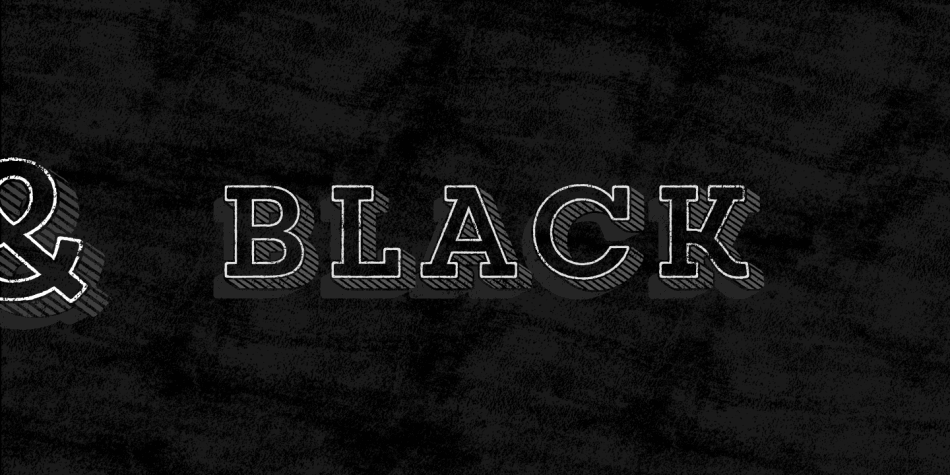 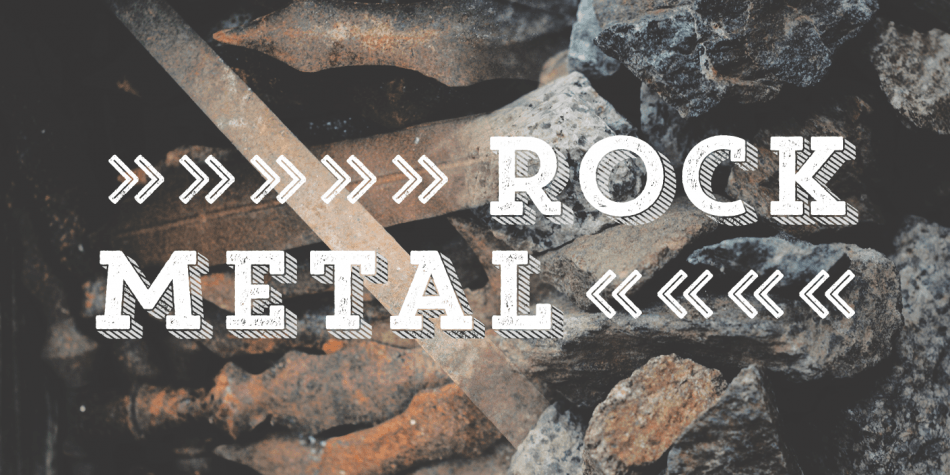 Designed by Hyun-Seung Lee, Core Magic Rough is a display slab font family. This typeface has seventeen styles and was published by S-Core.

Core Magic Rough is a texturized version of Core Magic which is a layered type family consisting of seven 3D effect layers, eight 2D effect layers and one shadow effect layer. Uppercase and lowercase letters are separated by such features that counters are opened or closed. Core Magic Rough provides other closed counter styles such as numbers with opentype feature (Stylistic Alternatives). Using Core Magic Rough with Core Circus Rough could make your works more charming and special with endless combinations (at least 262,551 kinds). This family is really nice for book titles, headlines, logotypes and any artworks.