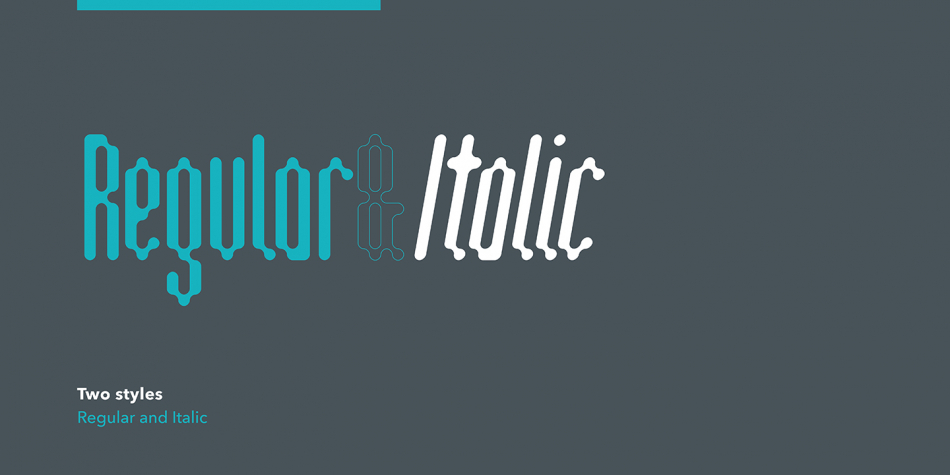 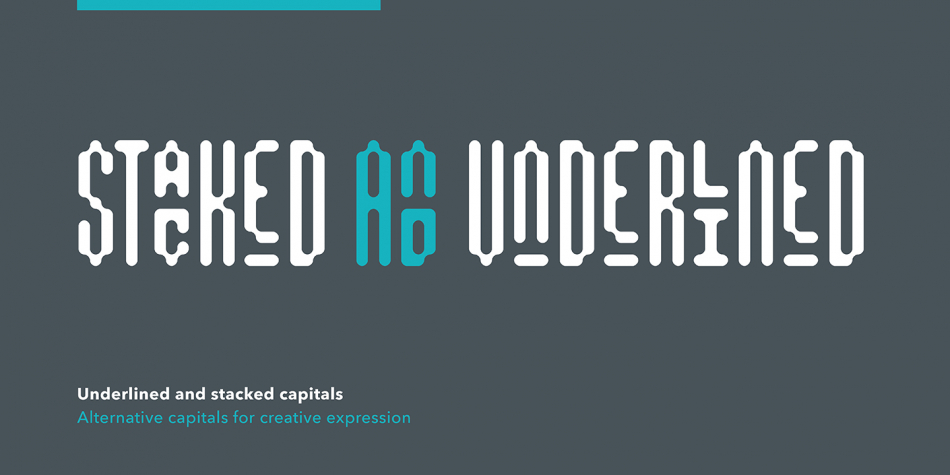 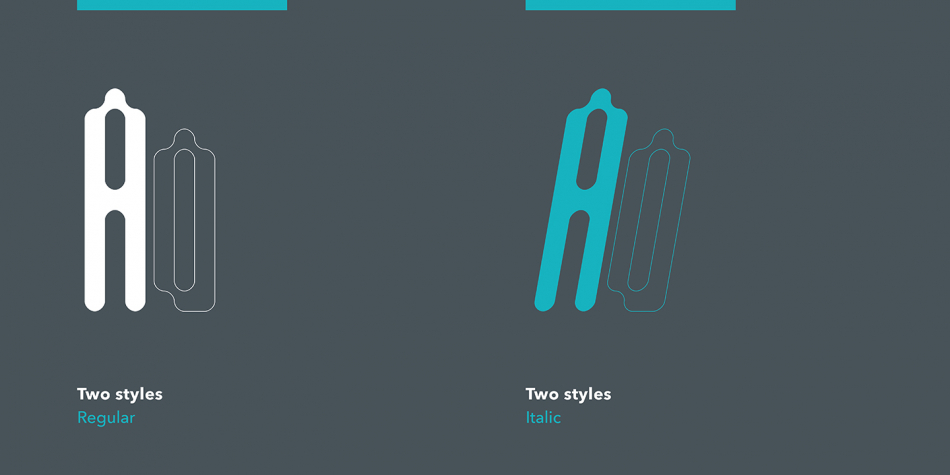 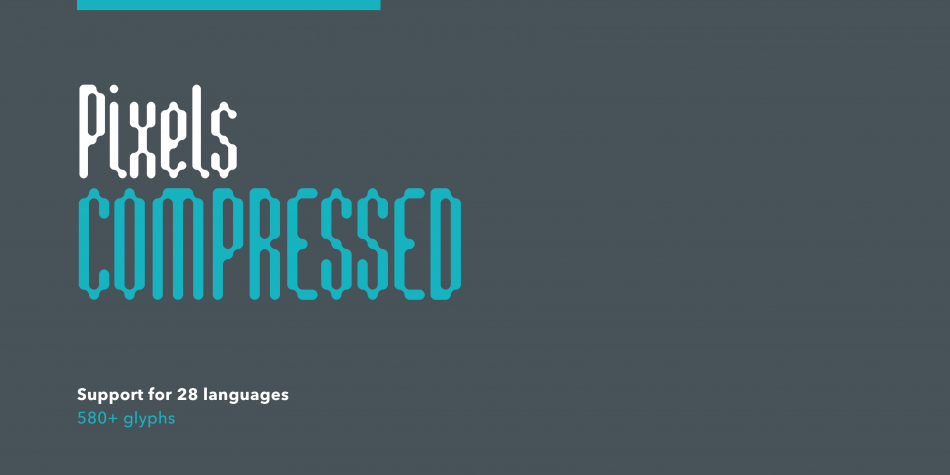 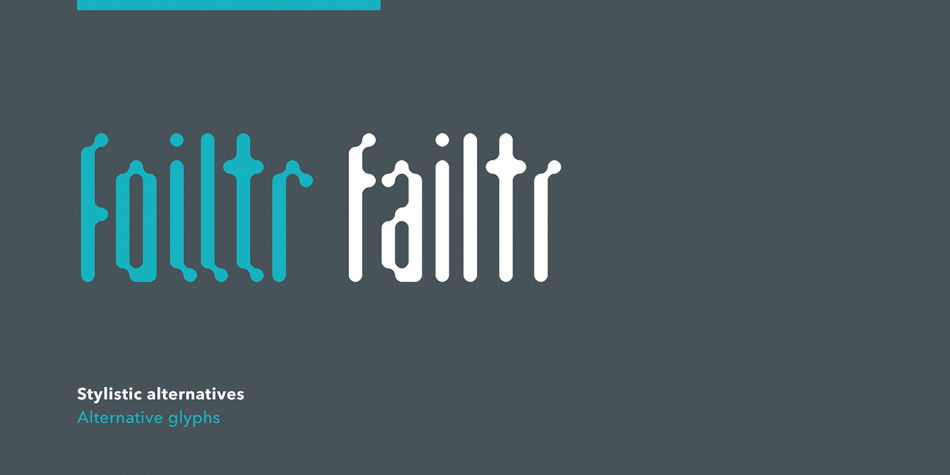 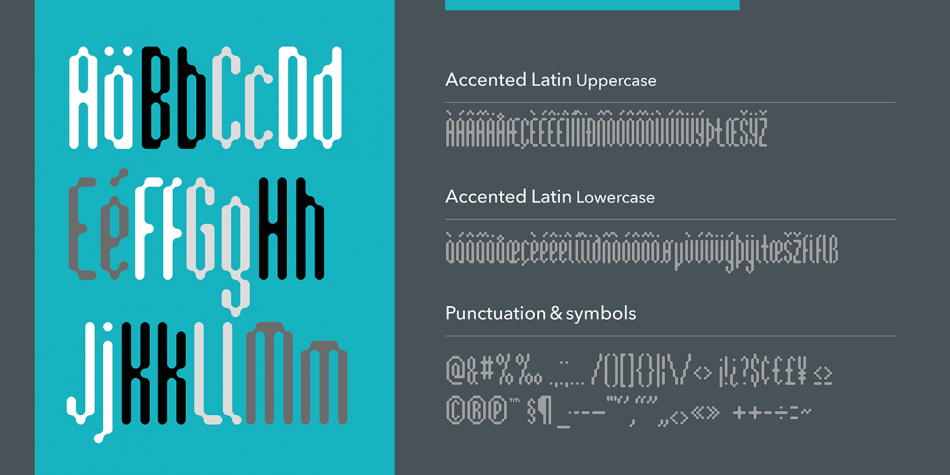 SB Byte is a novelty and pixel font family. This typeface has two styles and was published by SelfBuild Type Foundry. 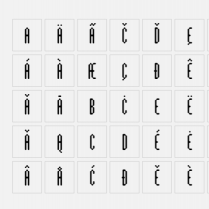 SB Byte is the result of experiments in an early version of Photoshop, inspired by Rudy VanderLans and Zuzanna Licko’s experiments in digital letterforms, as published in Emigre Magazine. The process involved drawing the glyphs pixel by pixel at a low resolution, increasing the resolution and applying the Gaussian Blur filter multiple times. Each time the Brightness and Contrast was adjusted to remove the blur and create a sharper, more defined edge. The resulting glyphs were redrawn in Fontographer, and a slanted oblique version was also created. The letterforms are highly condensed, at only three pixels wide, and feature some elements reminiscent of narrow blackletter type, albeit in a digital, bitmap style. Although the way it was created was different, SB Byte can be classified as a rounded pixelfont, and is suited to themes such as retro computing and electronic communication.