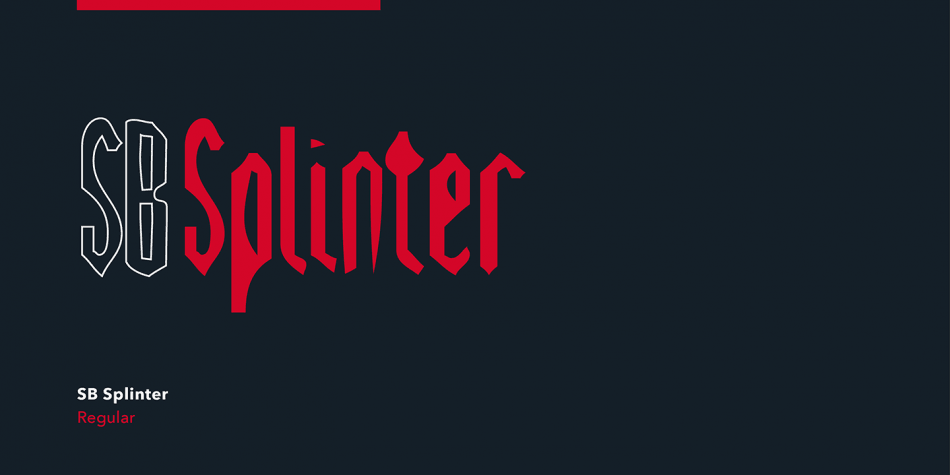 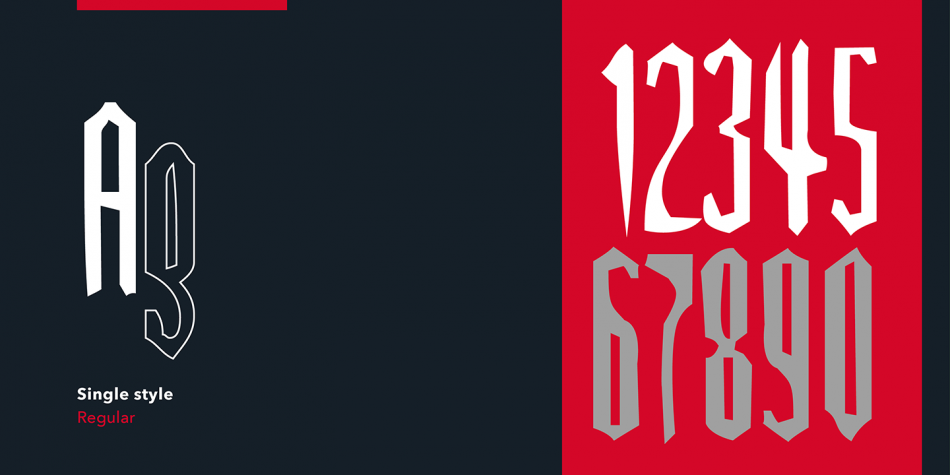 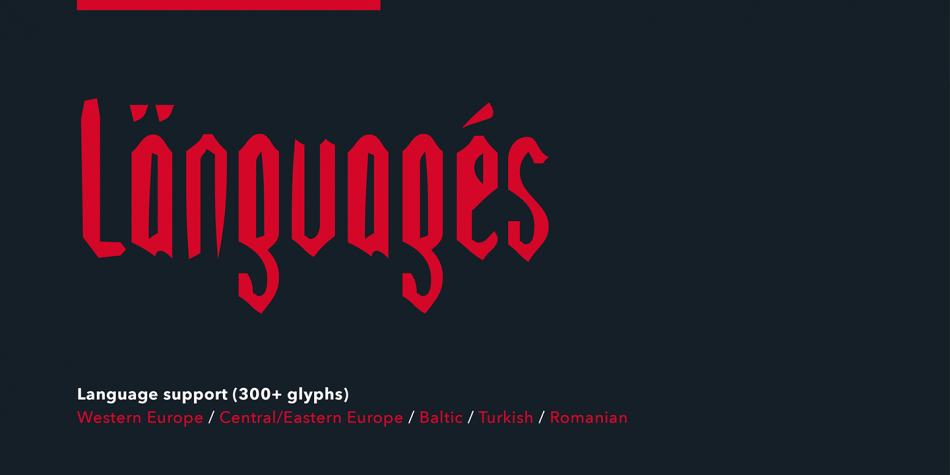 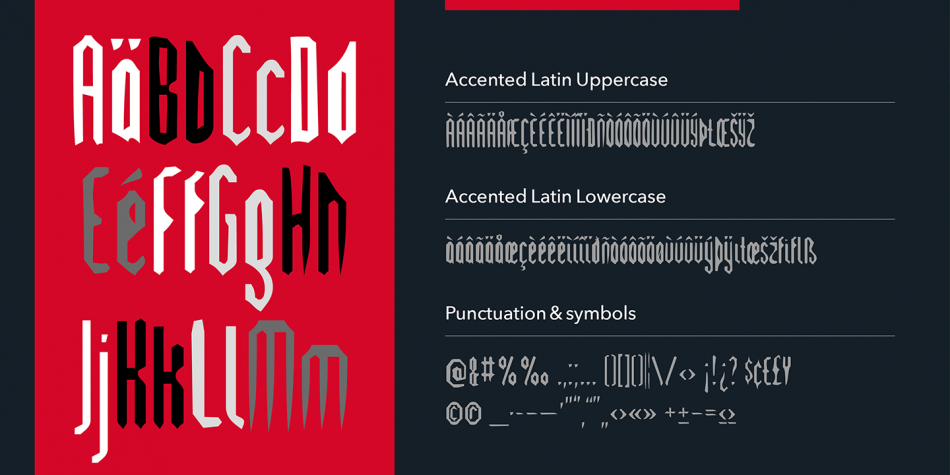 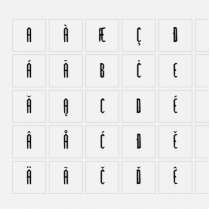 SB Splinter, although not released until many years later, was part of the same project that created SB Byte. SB Byte was originally created as a low-resolution bitmap graphic and was redrawn manually as vector artwork as part of the process of converting it into a typeface. SB Splinter was created from the same low-resolution bitmap source, but instead used FreeHand 3’s autotrace tool to create the outlines. While the autotrace tool was intended to help the designer convert low-resolution raster artwork into high-quality bezier outlines, the results were often unusable. The autotrace tool, more often than not, instead created a kind of low-resolution vector shape, with many irregularities as the software’s primitive algorithm struggled to figure out how the original artwork should be interpreted. Strangely, these mangled shapes had an aesthetic of their own, often looking like sharp shards of broken glass or pottery. This seemed to complement the original letterforms’ blackletter influenced style, giving SB Splinter a strangely gothic, horror-infused flavour.