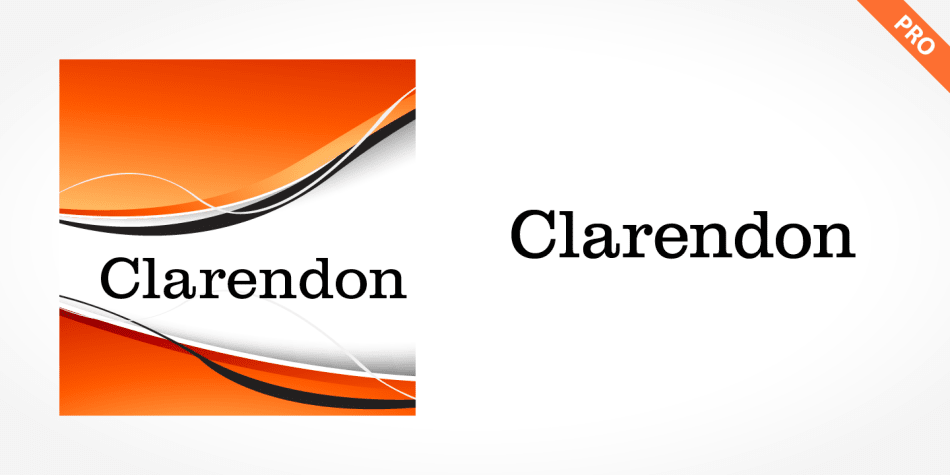 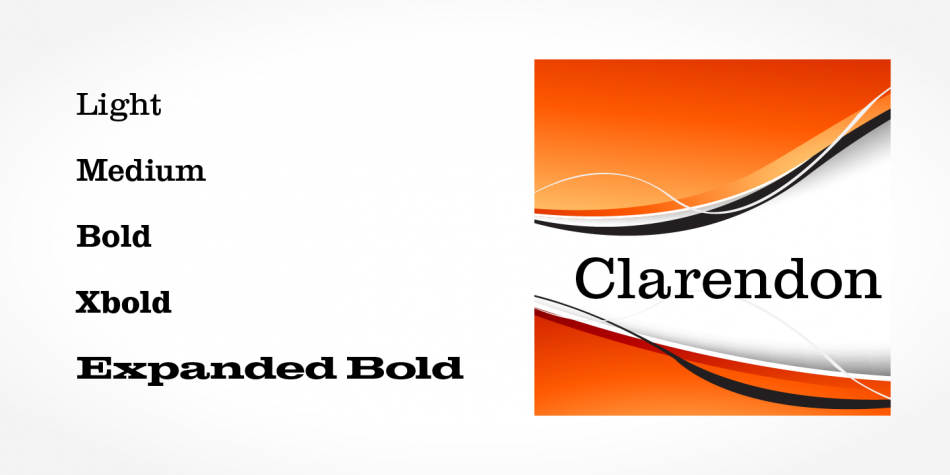 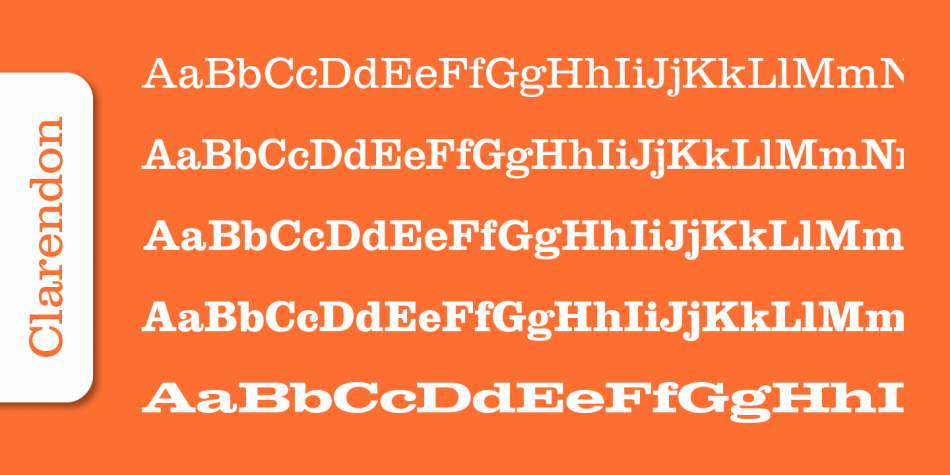 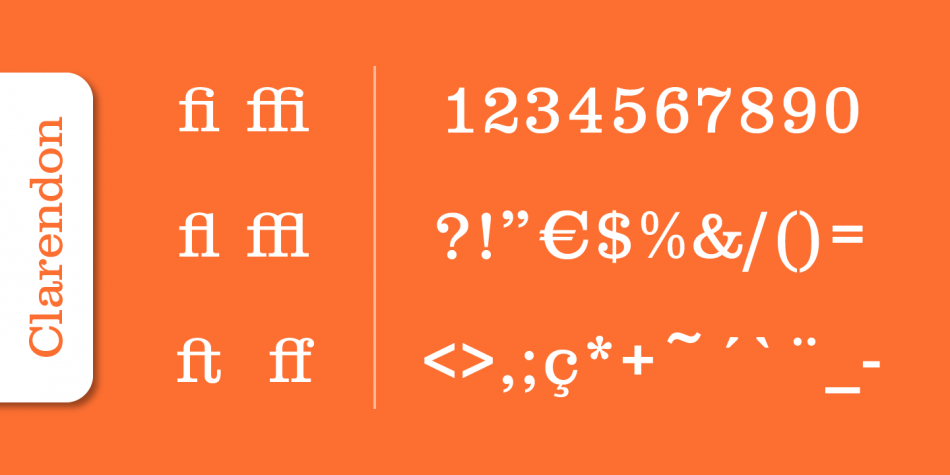 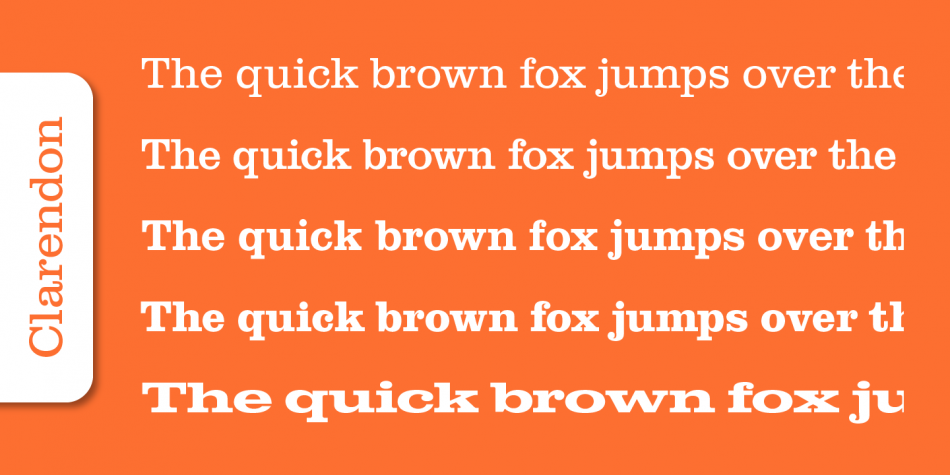 Clarendon Pro is a serif and slab serif font family. This typeface has five styles and was published by SoftMaker.

The first slab serif fonts appeared at the beginning of industrialization in Great Britain in 1820. Clarendon and Ionic became the names for this new development in England, known as English Egyptienne elsewhere in Europe. Clarendon is also the name of a particular font of this style, which, thanks to its clear, objective, and timeless forms, never lost its contemporary feel. In small point sizes, Clarendon Pro is still a legible font and in larger print, its individual style attracts attention.