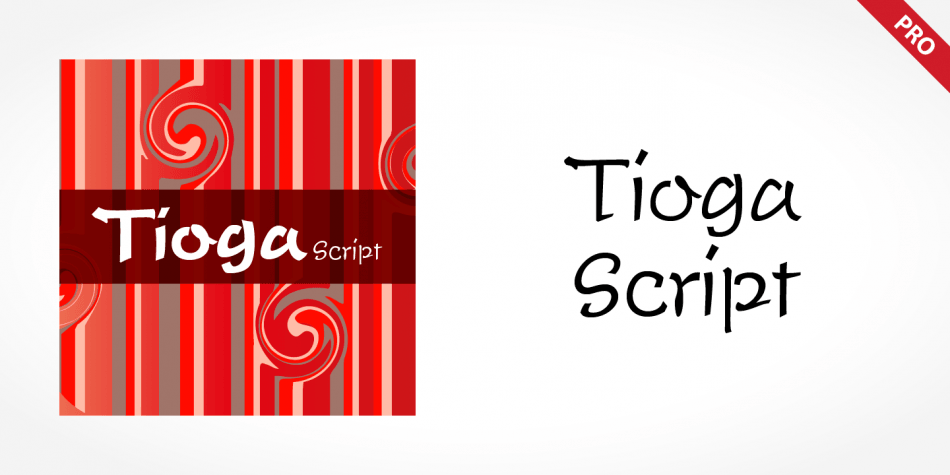 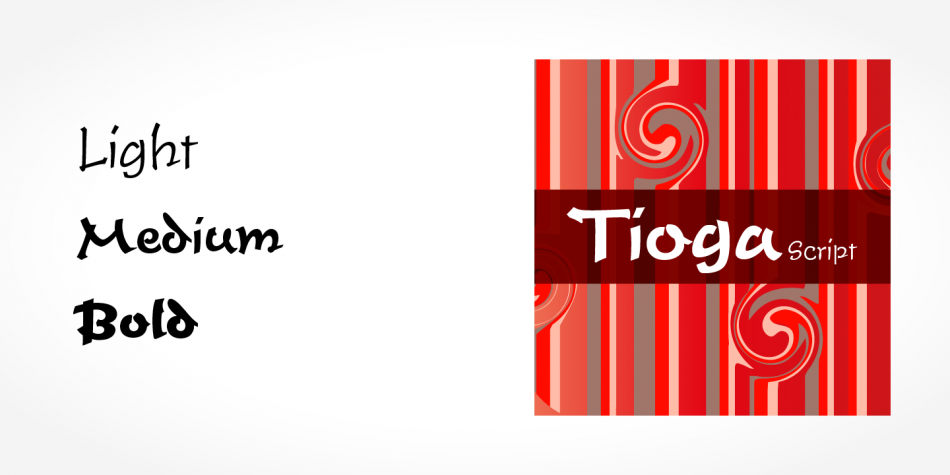 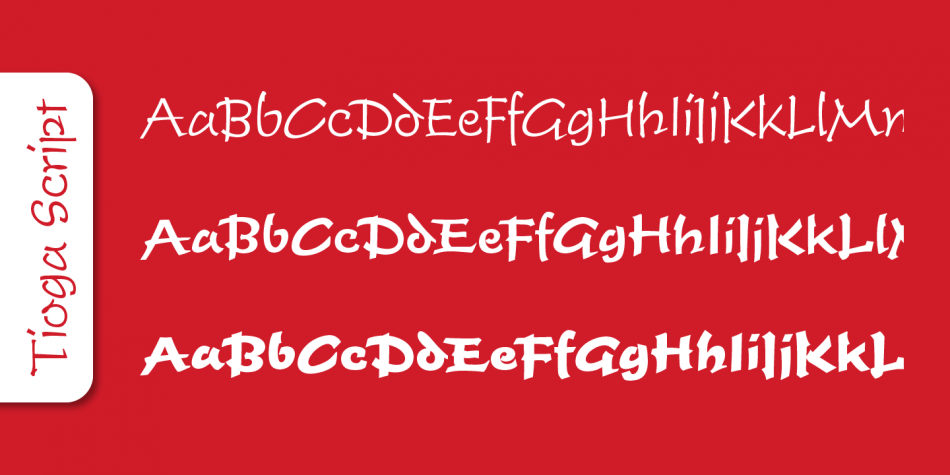 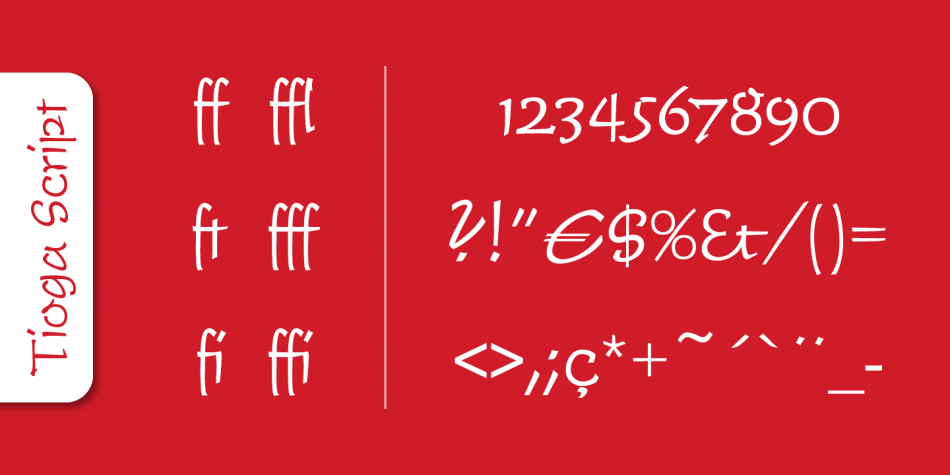 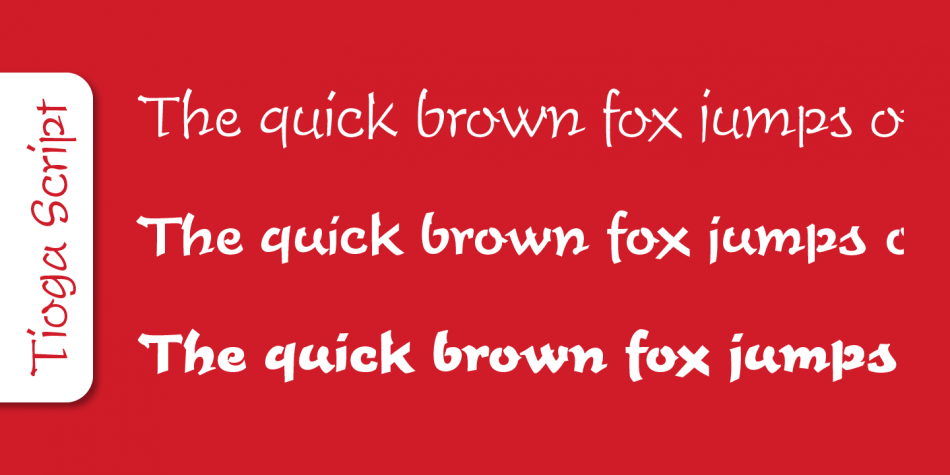 Tioga Script Pro is a hand drawn and script font family. This typeface has three styles and was published by SoftMaker.

SoftMaker’s Tioga Script Pro typeface was designed in 1956, but feels as fresh as if it had been created yesterday. An informal script typeface that comes in three different weights.

The lively Tioga Script Pro derives its energy from the fact that the letters appear to have been causally written with a pen. And it is precisely this interaction between calligraphy and handwriting that gives Tioga Script Pro its unmistakable, lively quality.

Case-sensitive punctuation signs for all-caps titles are included as well as many fractions, an extensive set of ligatures, and separate sets of tabular and proportional digits.