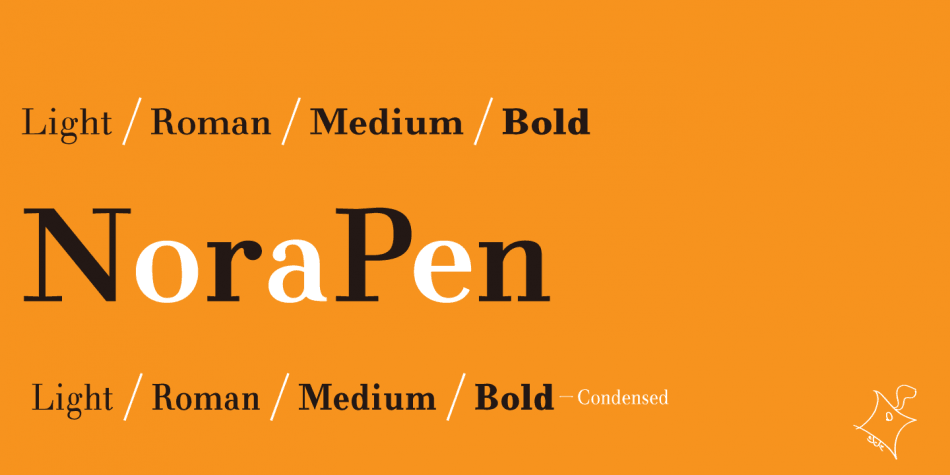 Designed by Shuji Kikuchi, NoraPen is a serif font family. This typeface has eight styles and was published by sugargliderz.

This font is influenced by Walbaum. However, I did not just trace the design, but sort of had the image in my head while I drew the letters. This font is balanced by not being entirely Walbaum, but still basically is.

I’ve named it “NoraPen.” Nora comes from the name of the main character in Ibsen’s “A Doll’s House,” and Pen means a cage for livestock.