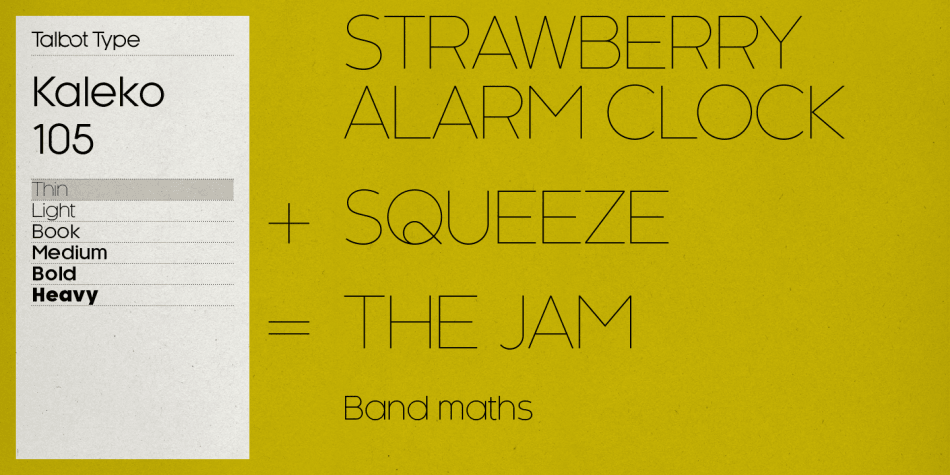 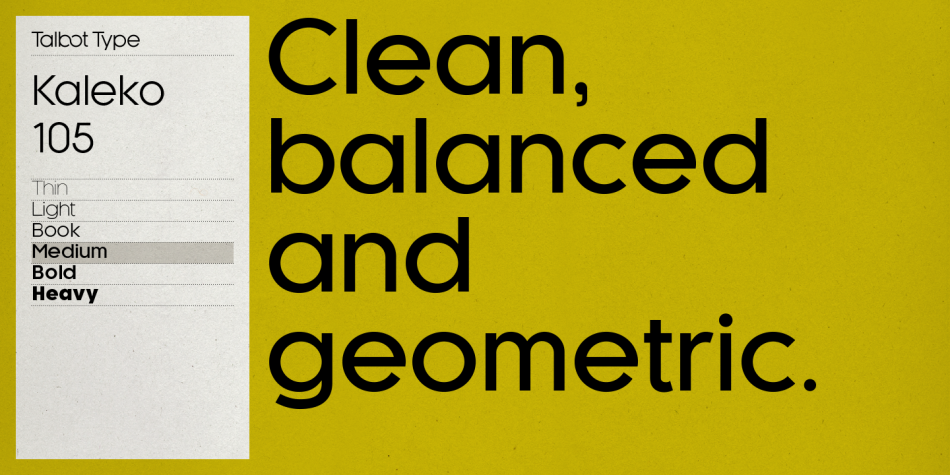 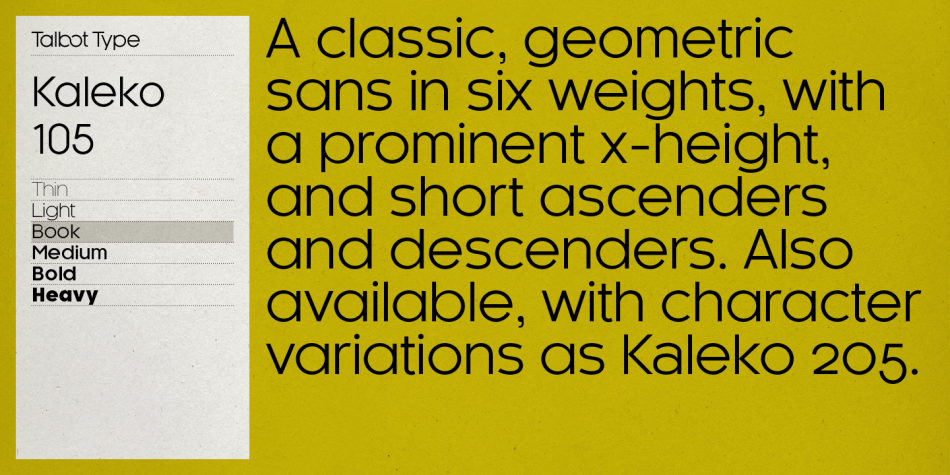 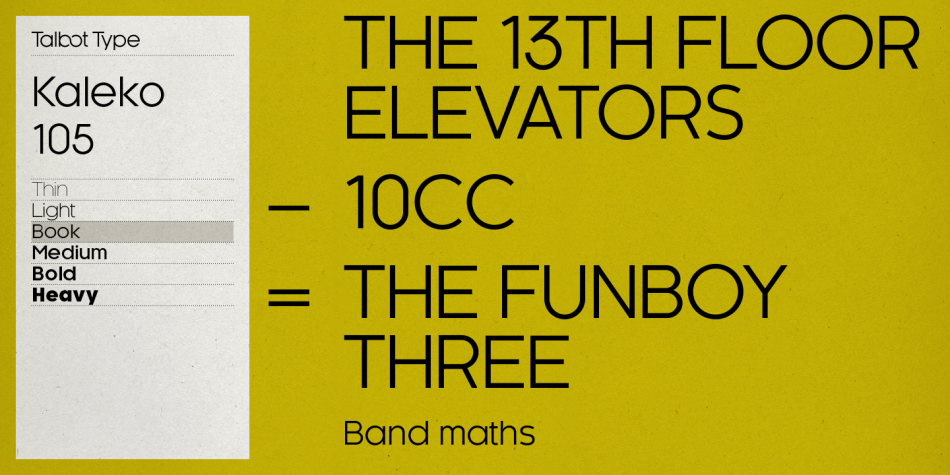 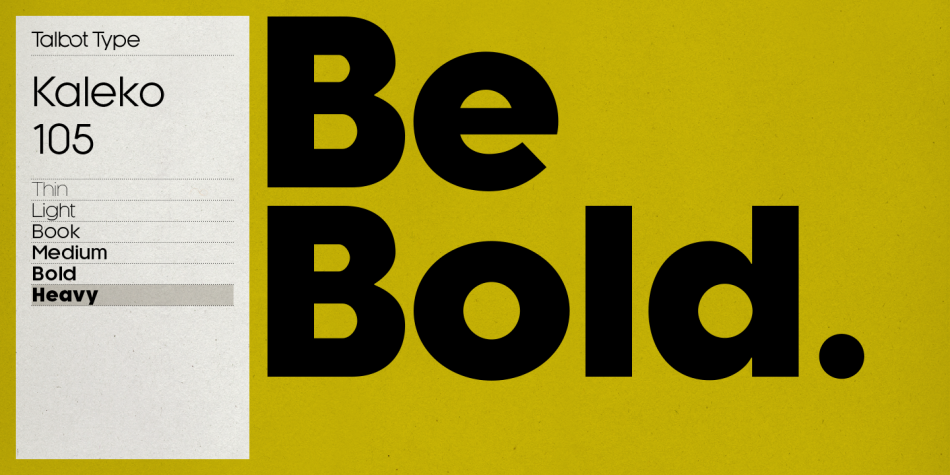 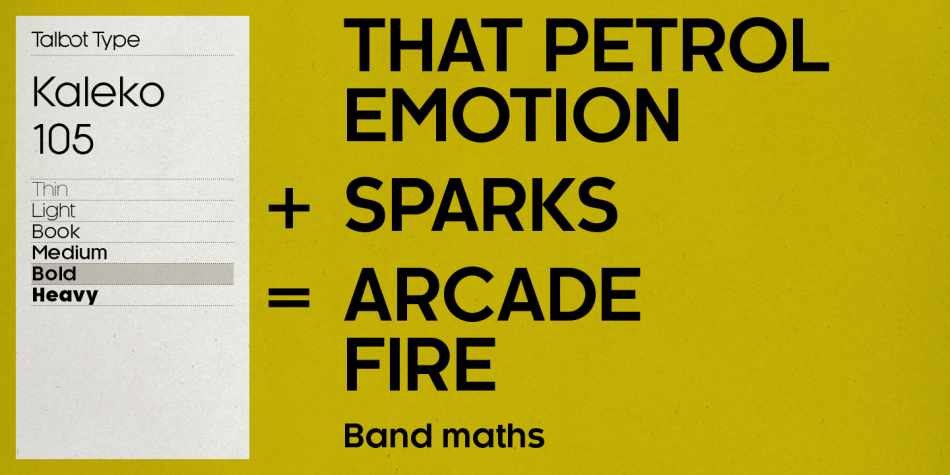 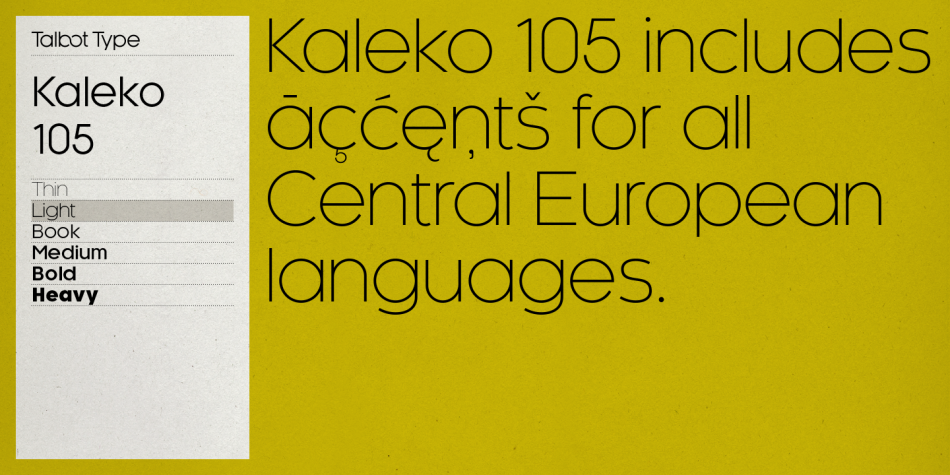 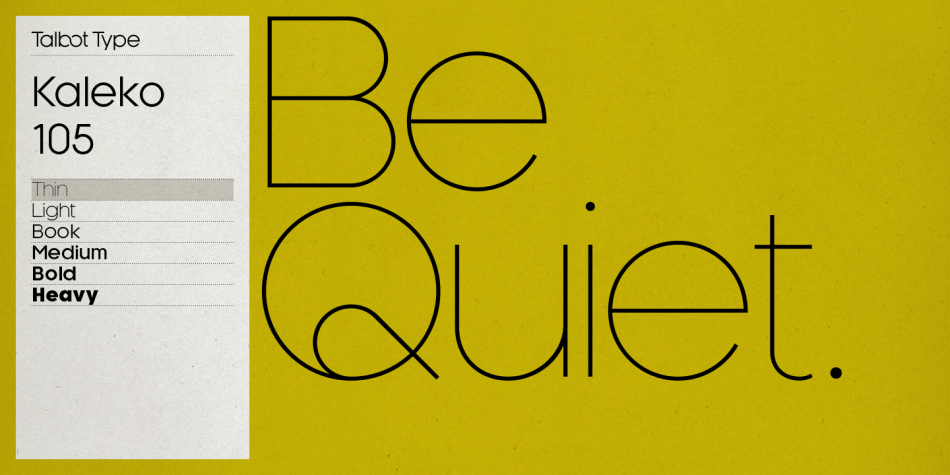 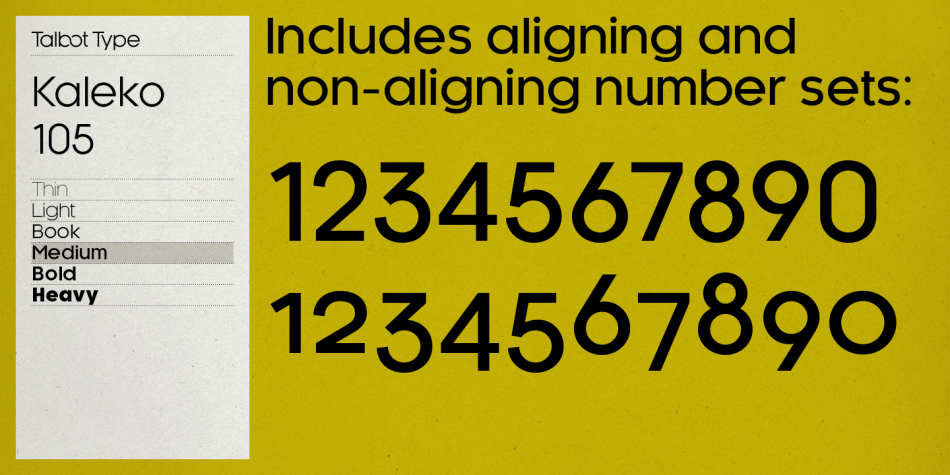 Kaleko 105 is a sans serif font family. This typeface has twelve styles and was published by Talbot Type. 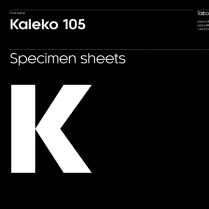 Kaleko 105 is inspired by the classic, geometric sans-serifs such as Gill Sans, but has shallower ascenders and descenders for a more compact look. It’s a well-balanced, versatile, modern sans, highly legible as a text font and with a clean, elegant look as a display font at larger sizes.

The Kaleko 105 family comprises of six weights and is closely related to Kaleko 205. The most notable differences between the two variations are the single-story lower case a and g in Kaleko 105, where they are two-story in Kaleko 205.