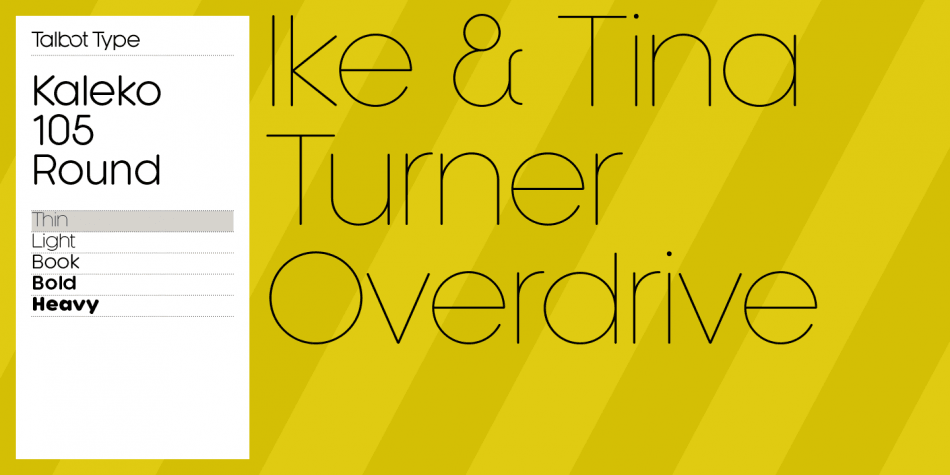 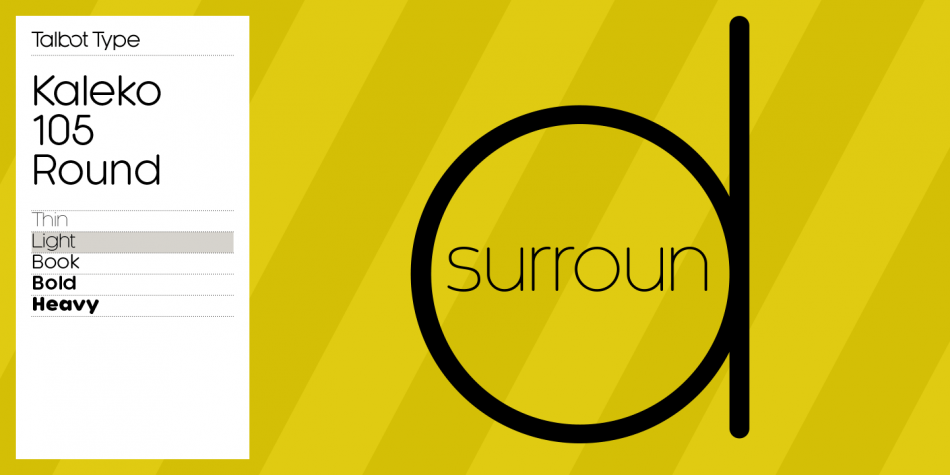 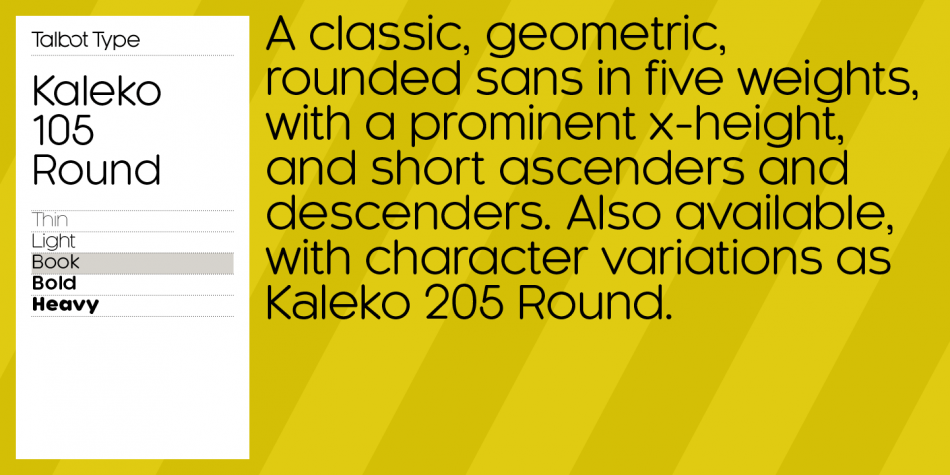 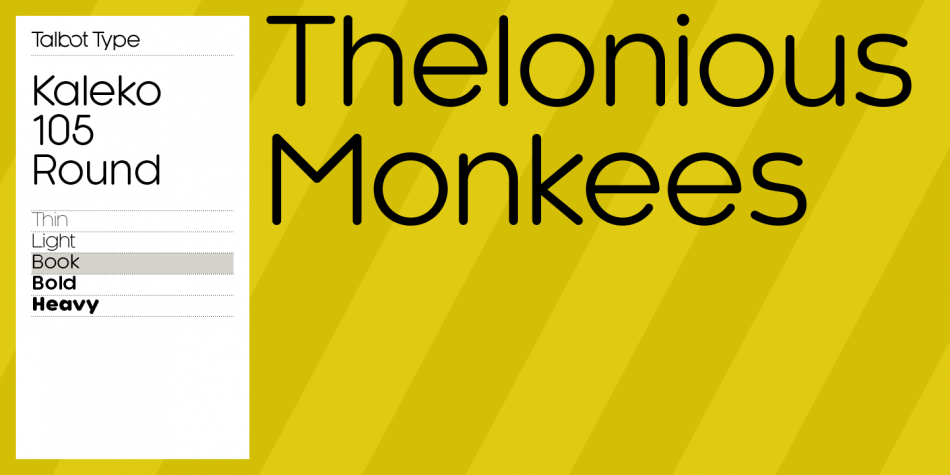 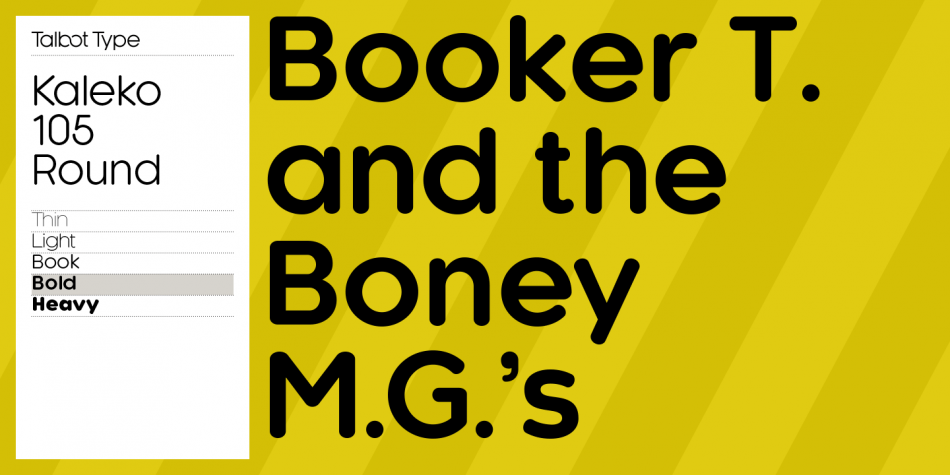 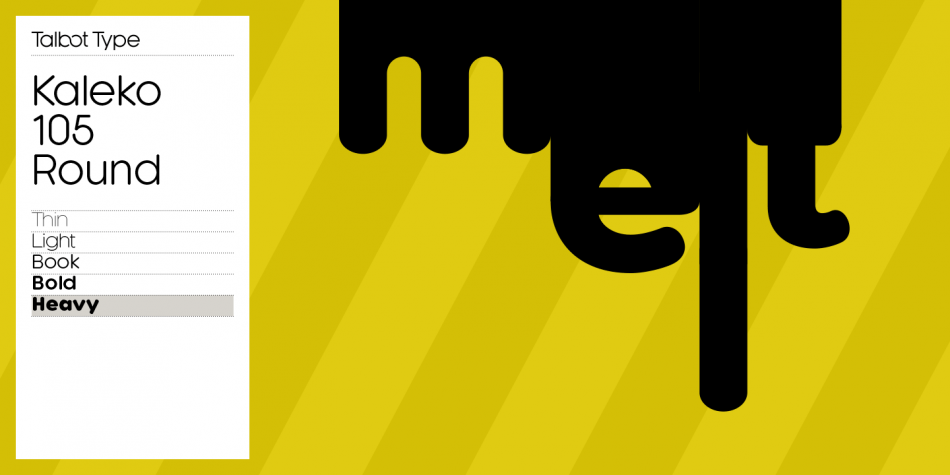 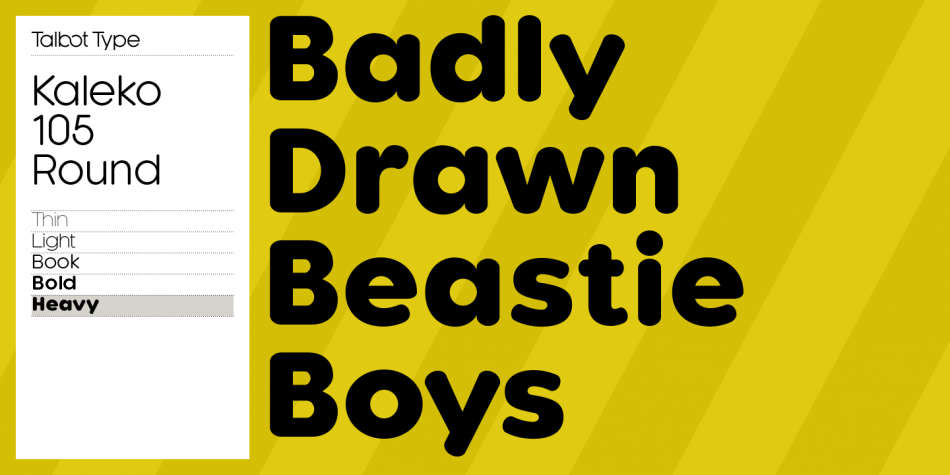 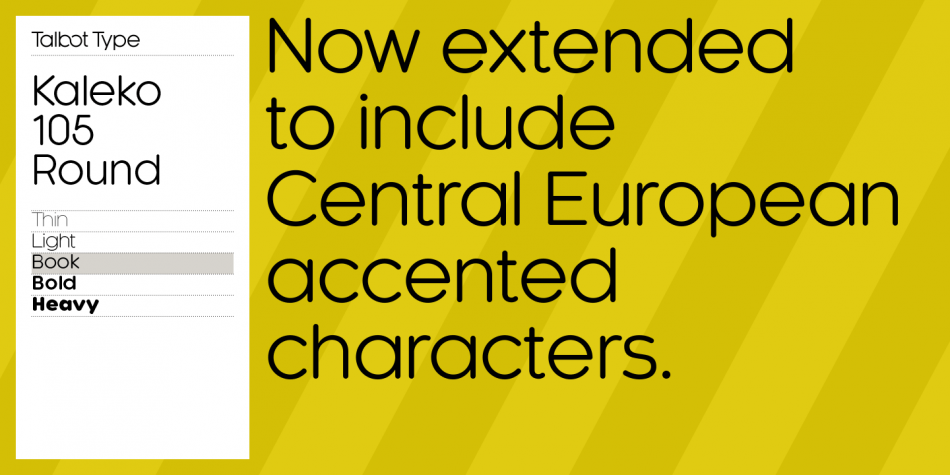 Kaleko 105 Round is a sans serif font family. This typeface has ten styles and was published by Talbot Type.

Kaleko 105 Round is a rounded variation of the popular Talbot Type font Kaleko 105. It’s a well-balanced, versatile, modern sans, highly legible as a text font and with a clean, elegant look as a display font at larger sizes. The rounded terminals make for a friendly, approachable look.