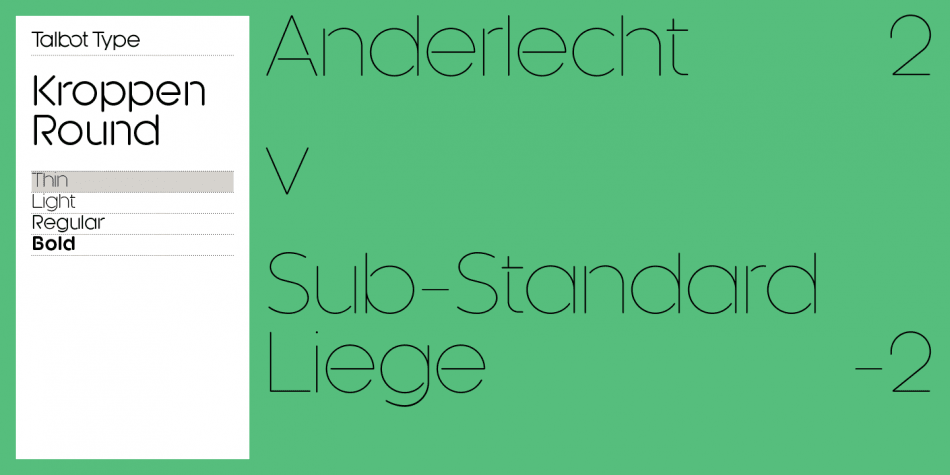 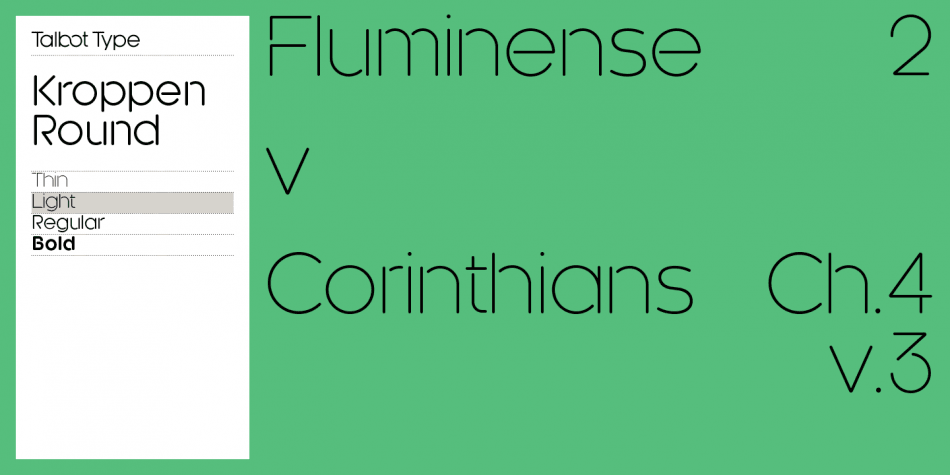 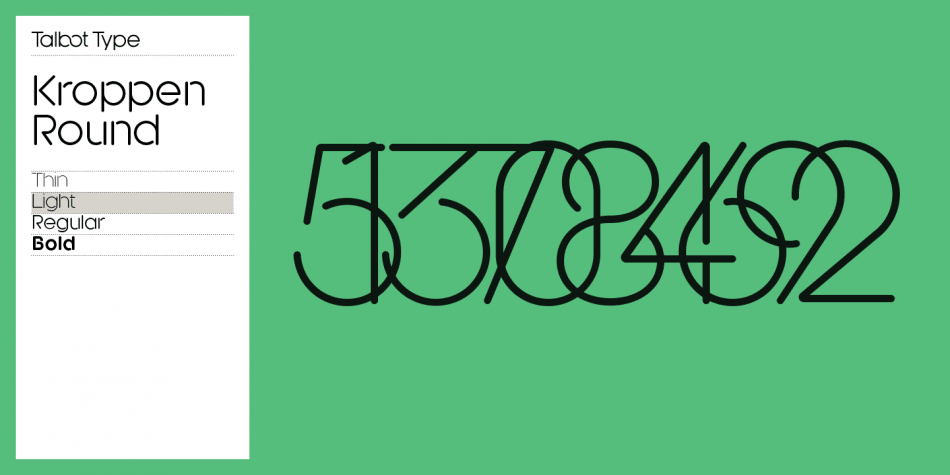 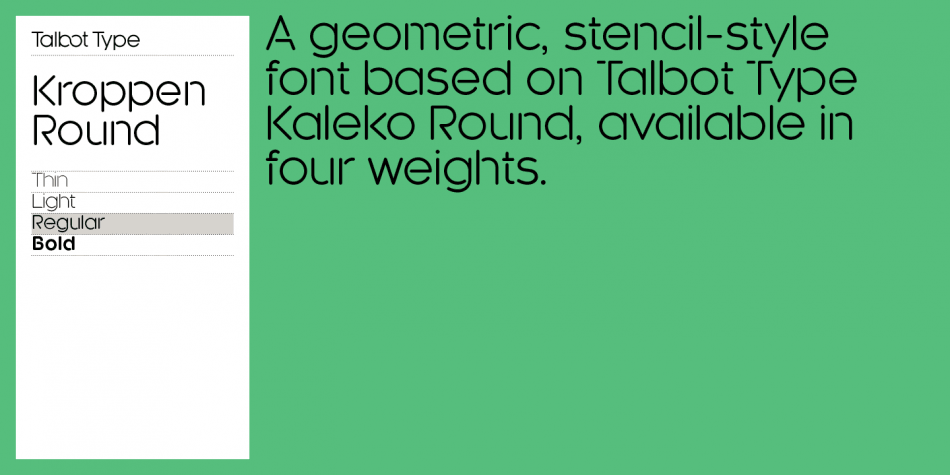 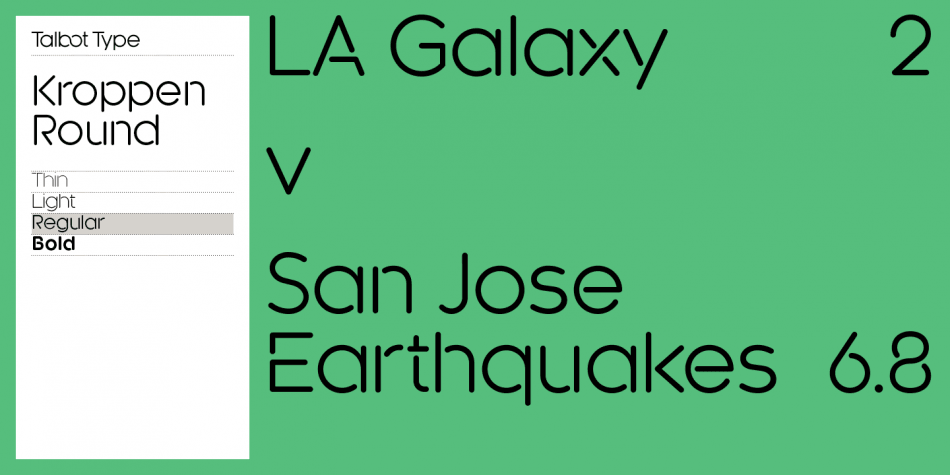 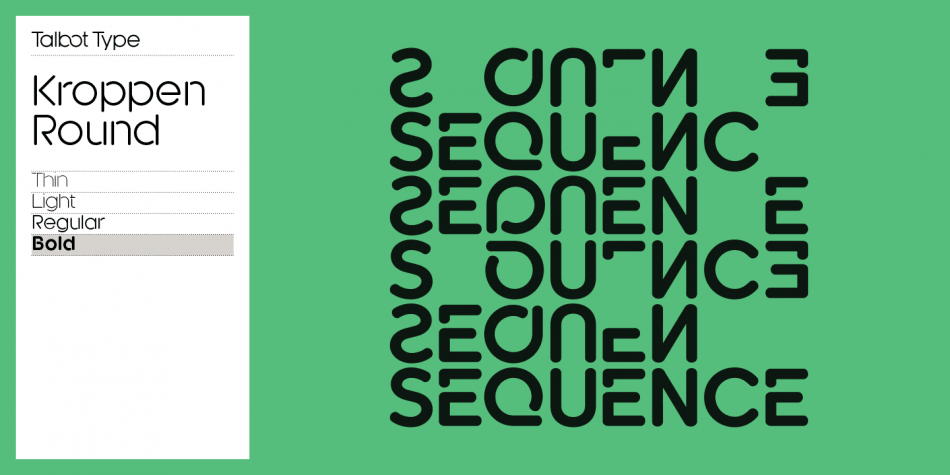 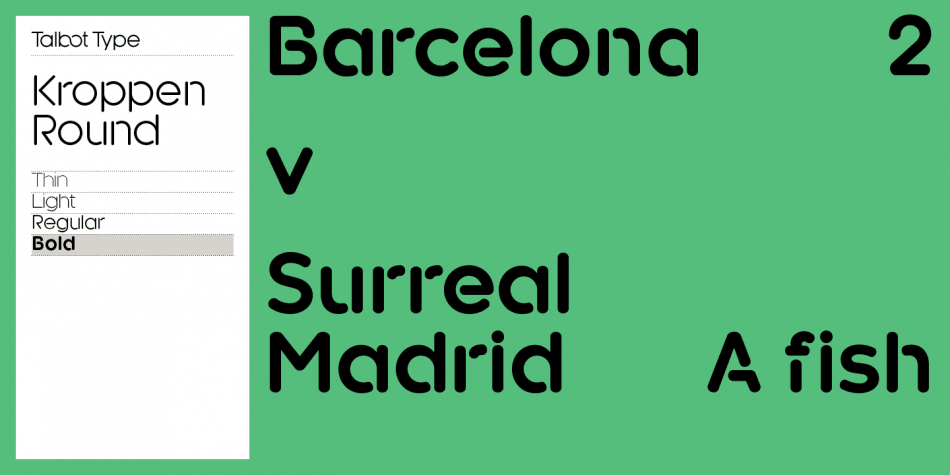 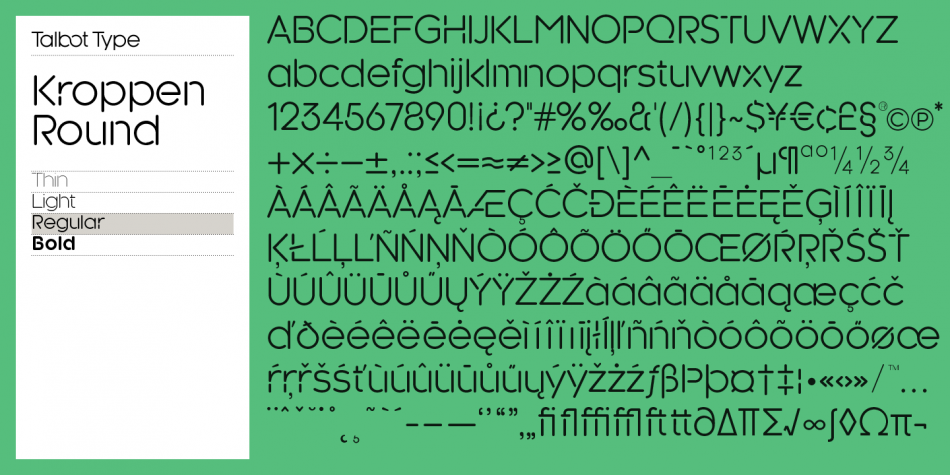 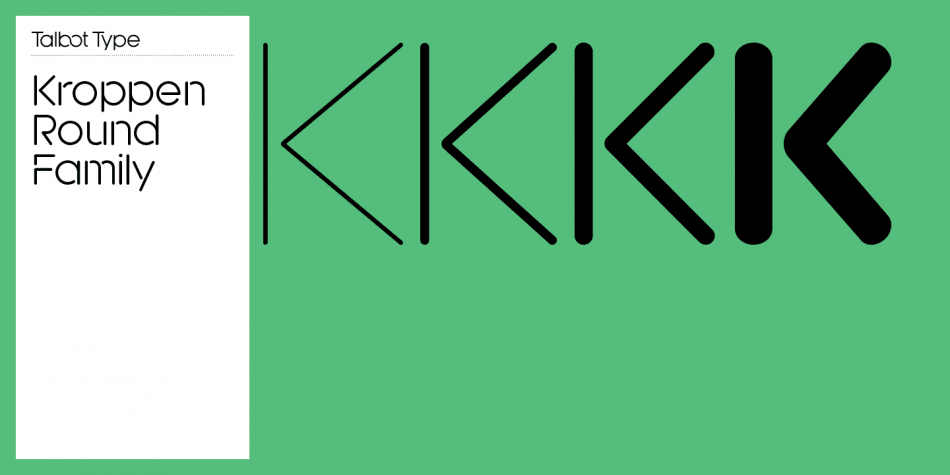 Kroppen Round is a sans serif and stencil font family. This typeface has eight styles and was published by Talbot Type.

Kroppen Round is a geometric, stencil-style font based on Talbot Type Kaleko Round, and is available in four weights. Kroppen is not strictly a stencil font given that several characters, notably the O, are not stencilled. The design has more to do with achieving each character from a single stroke or series of single strokes, resulting in a clean, minimal look.
Kroppen Round features an extended character set to include accented characters for additional Central European languages.