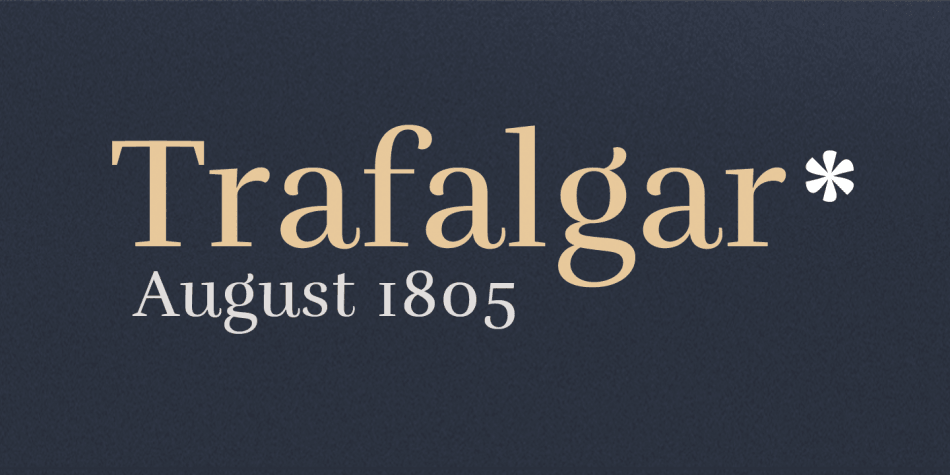 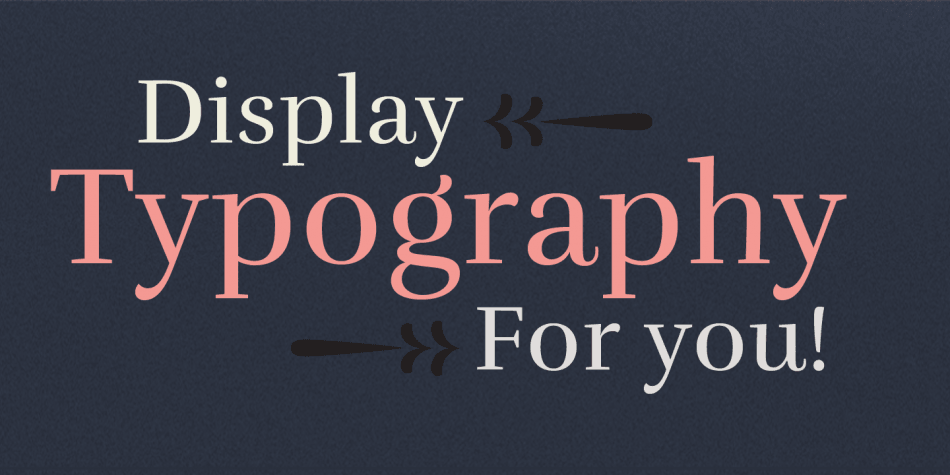 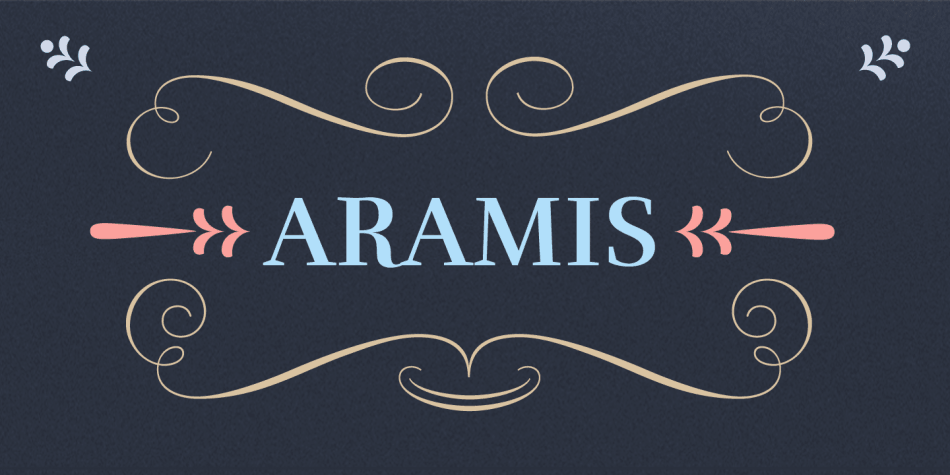 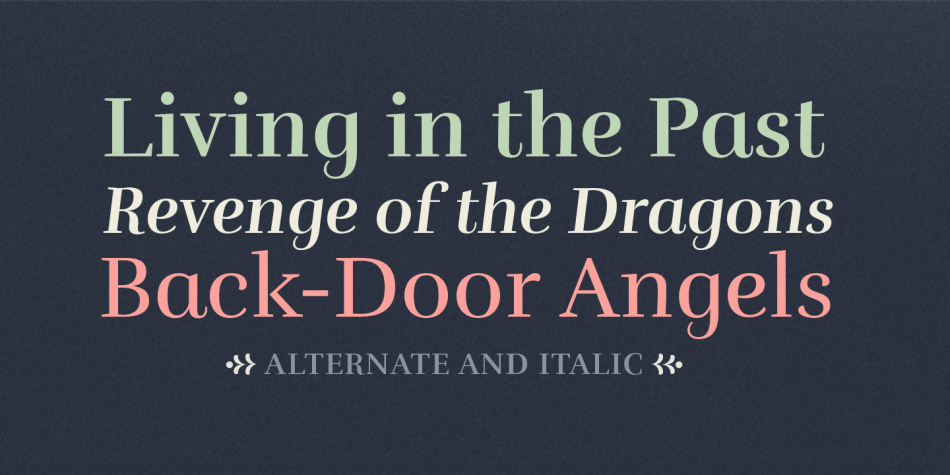 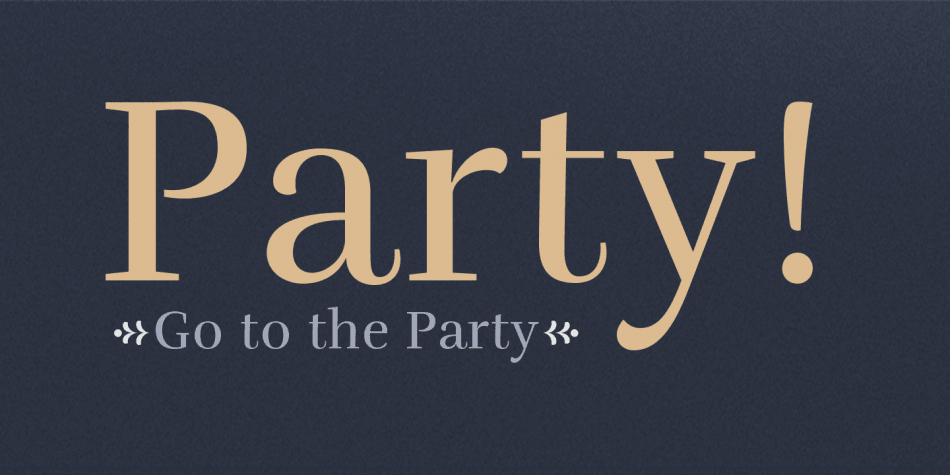 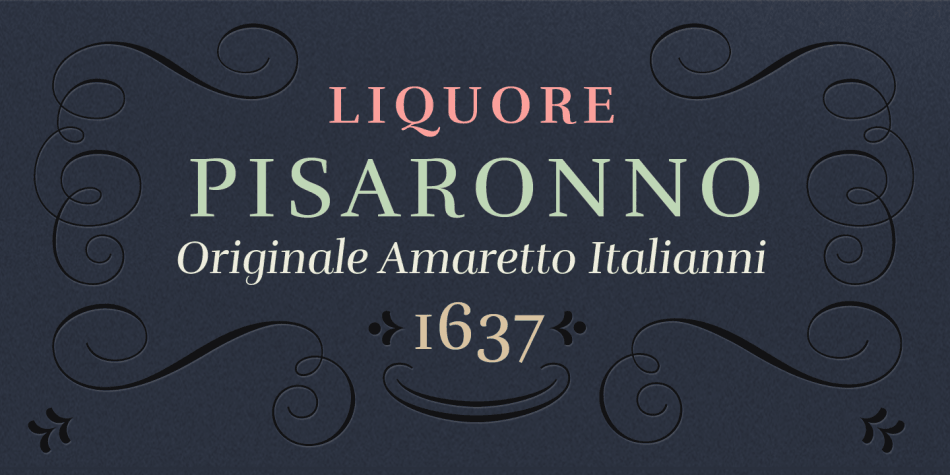 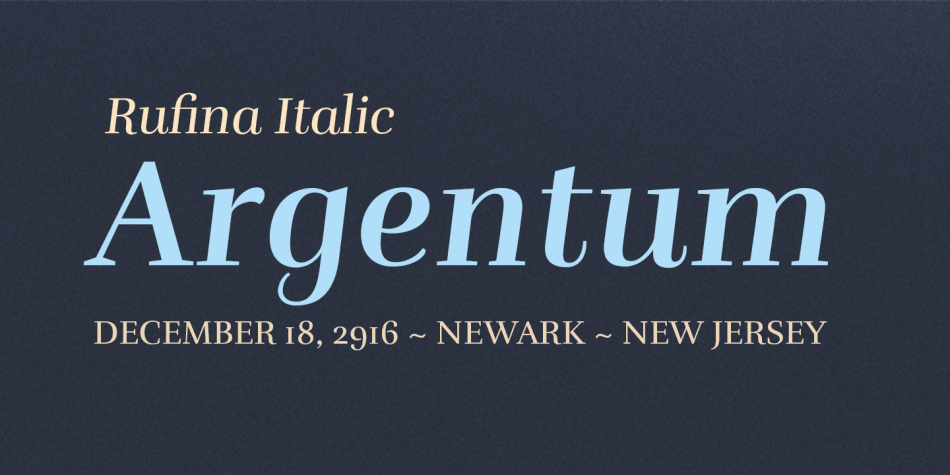 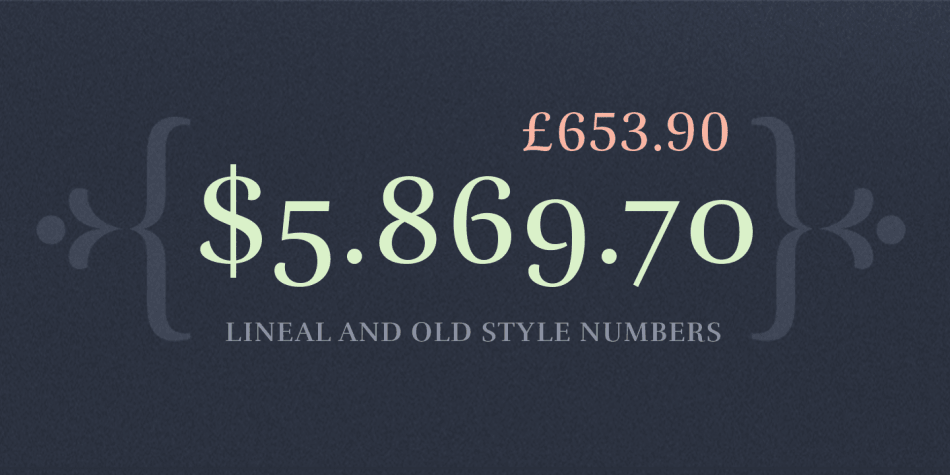 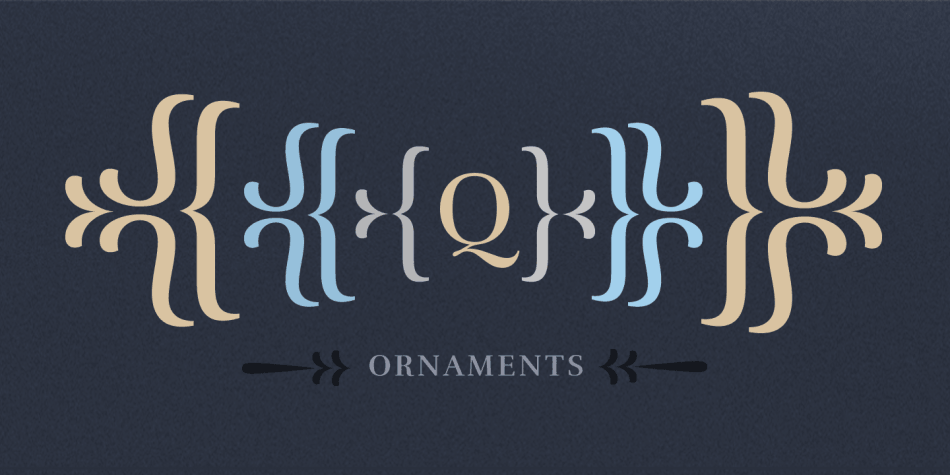 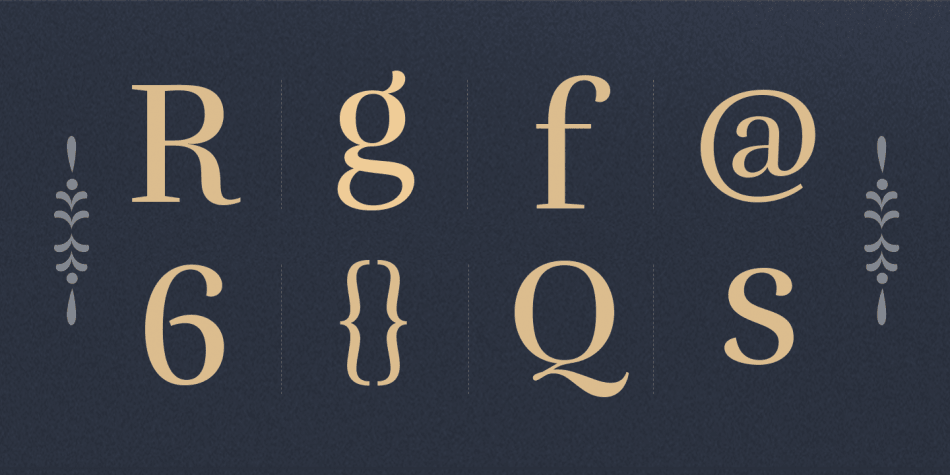 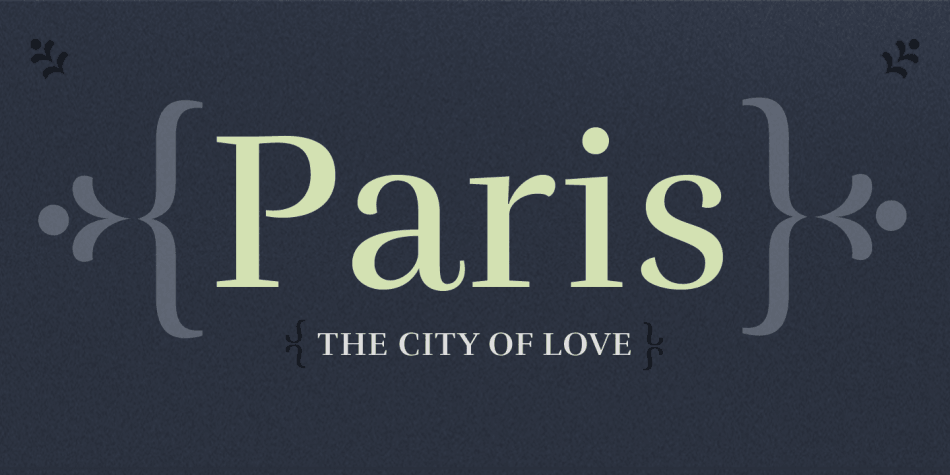 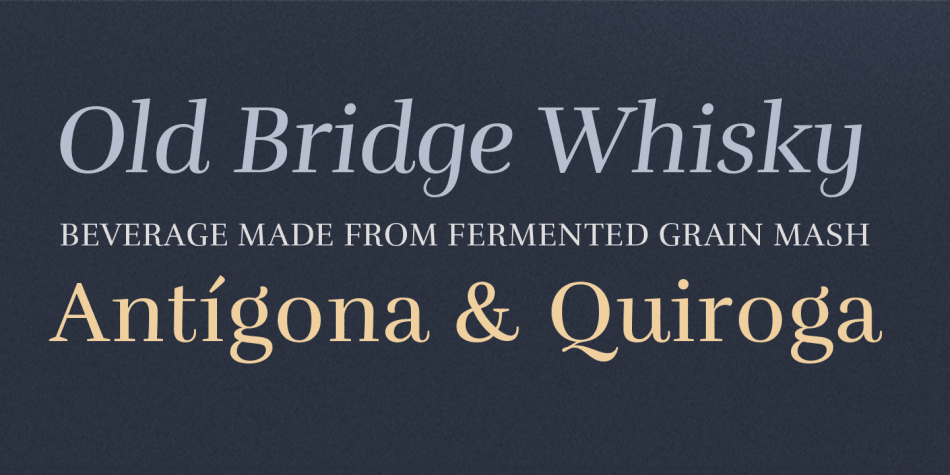 Rufina is a dingbat and serif font family. This typeface has nine styles and was published by TipoType.

Rufina was as tall and thin as a reed. Elegant, but with that distance which well defined forms seem to impose. Her voice, however, was sweeter, closer and when she spoke her name, like a slow whisper, one felt like what she had come to say could be read in her image.   Rufina’s story can only be told through a detour because her origin does not coincide with her birth. Rufina was born on a Sunday afternoon while her father was drawing black letters on a white background and her mother was trying to join those same letters to form words that could tell a story. But her origin goes much further back and that’s why she is pierced by a story which precedes her, even though it is not her own.  Maybe her origin can be traced back to that autumn night in which that tall man with that distant demeanor ran into that woman with sweet smile and elegant aspect. He looked at her in such a way that he was trapped by that gaze and even though they found no words to say to each other and they stayed in silence, somehow some words leaked into that gaze because since that moment they were never apart again.
Later, after they started talking, projects started coming up and then coexistence and arguments, routines and mismatches. But in that chaos of crossed words in their life together, something was stable through the silence of the gazes. In those gazes the silent words sustained that indescribable love that they didn’t even try to understand.
And in one of those silences, Rufina appeared, when that man told that woman that he needed a text to try out his new font, and she saw him look at her with that same fascination of the first time, and she started to write something with those forms that he was giving her as a gift.
Rufina was as tall and thin as a reed, wrote her mother when Rufina was born.