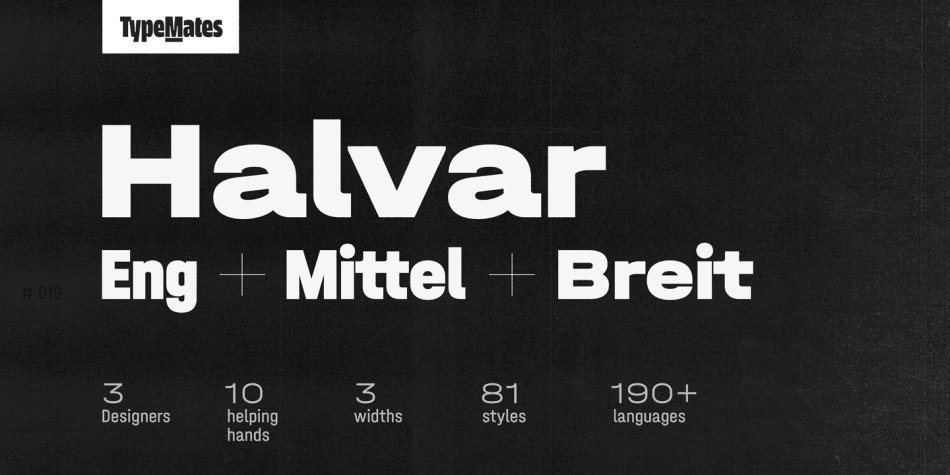 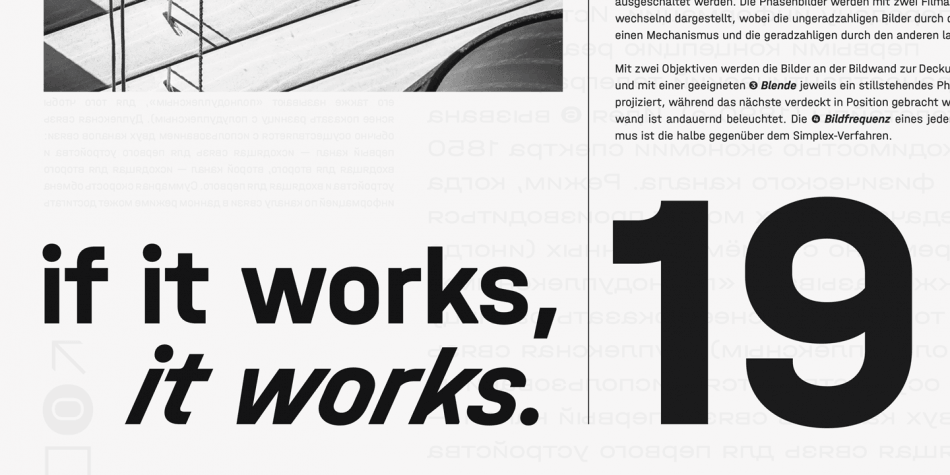 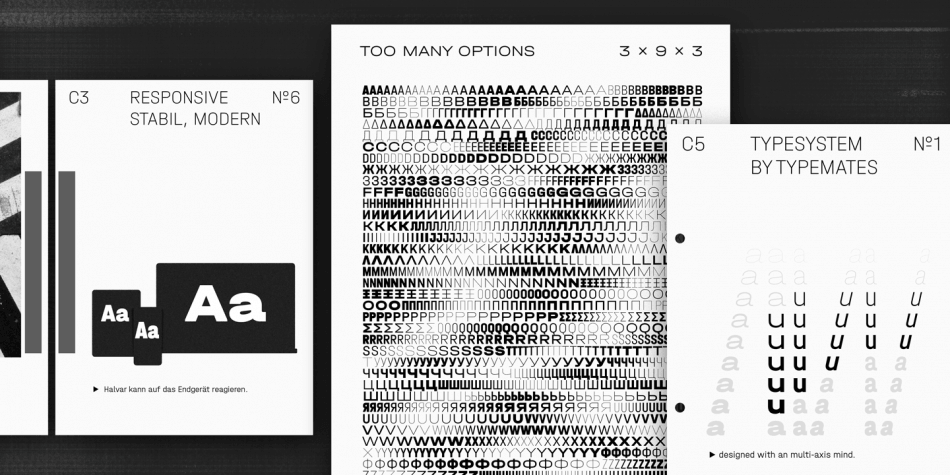 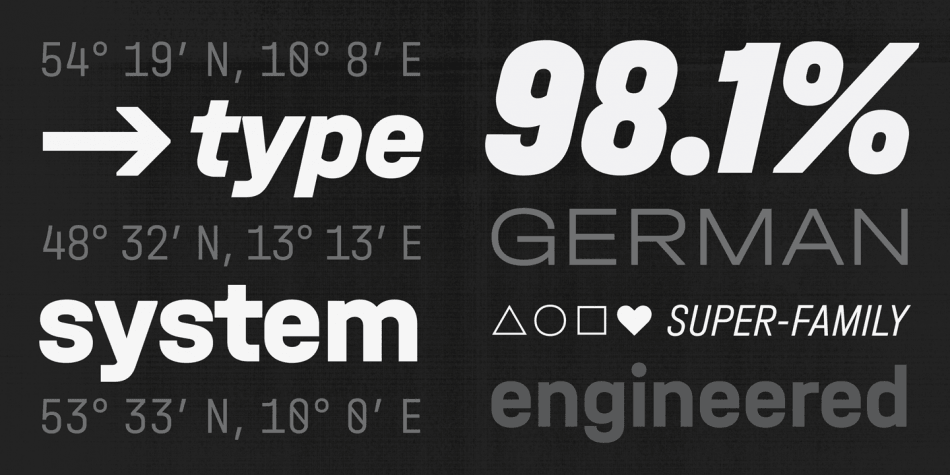 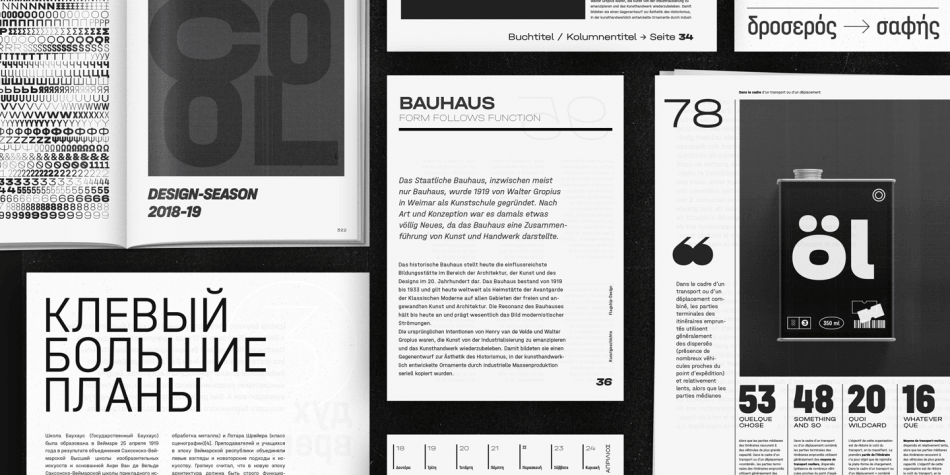 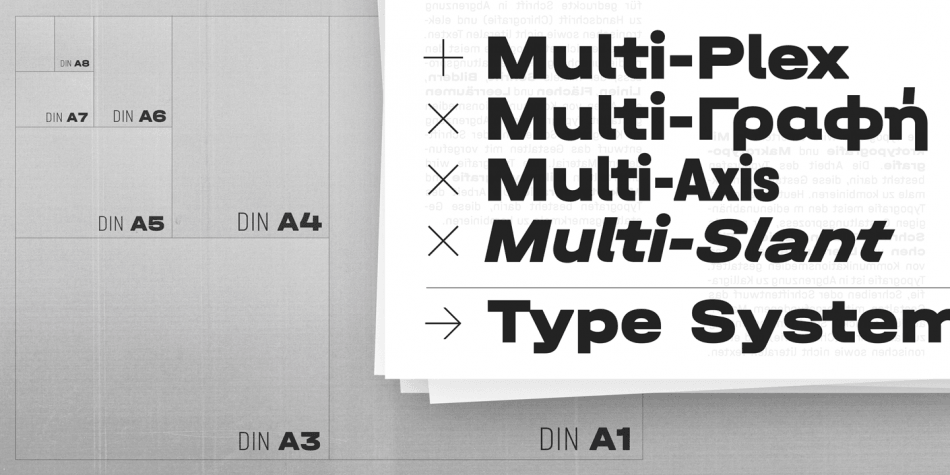 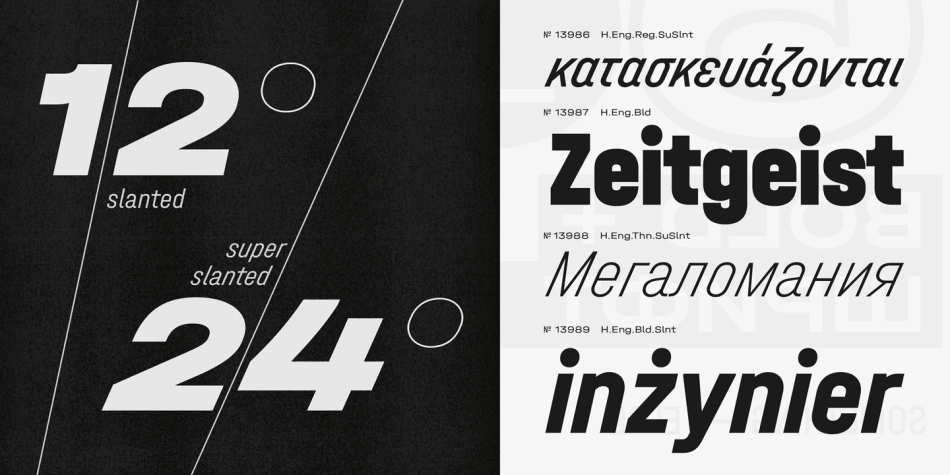 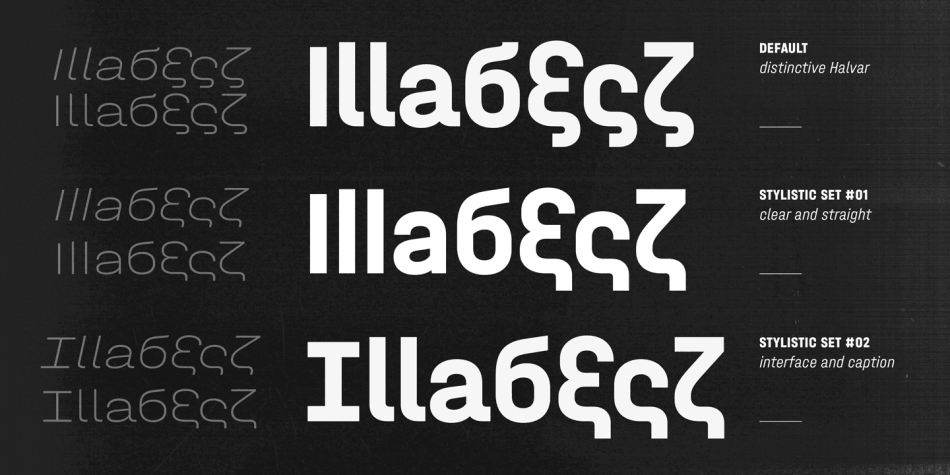 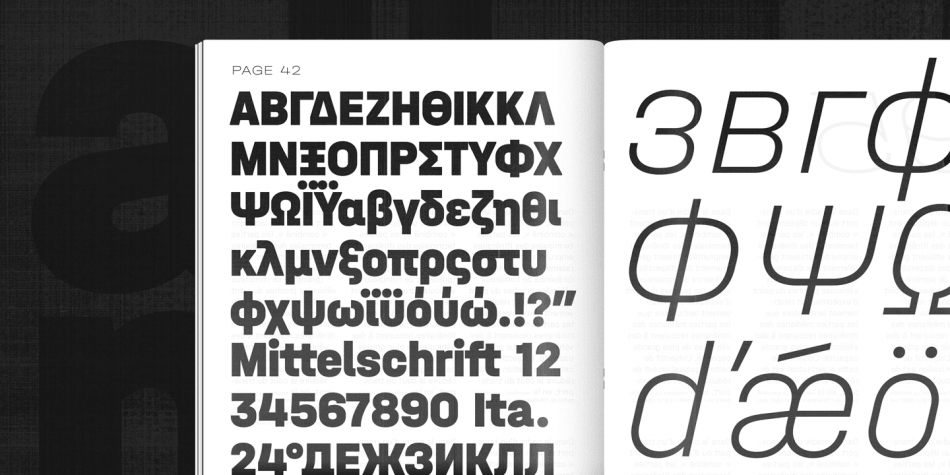 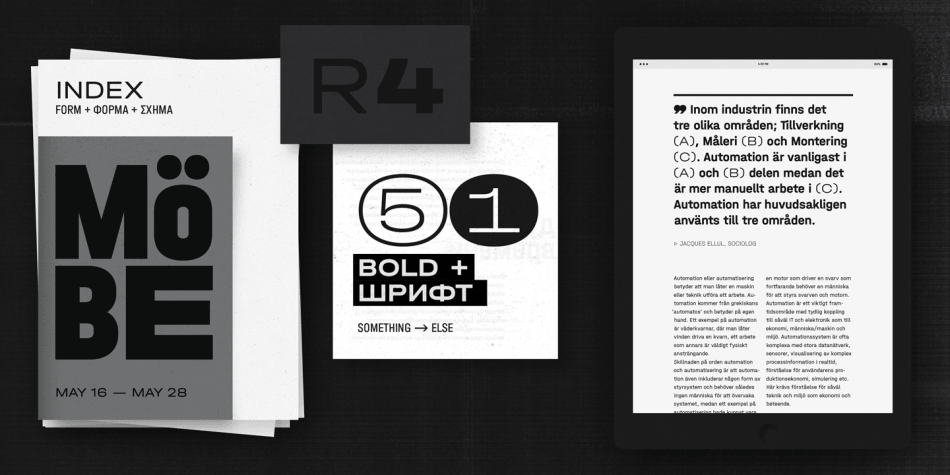 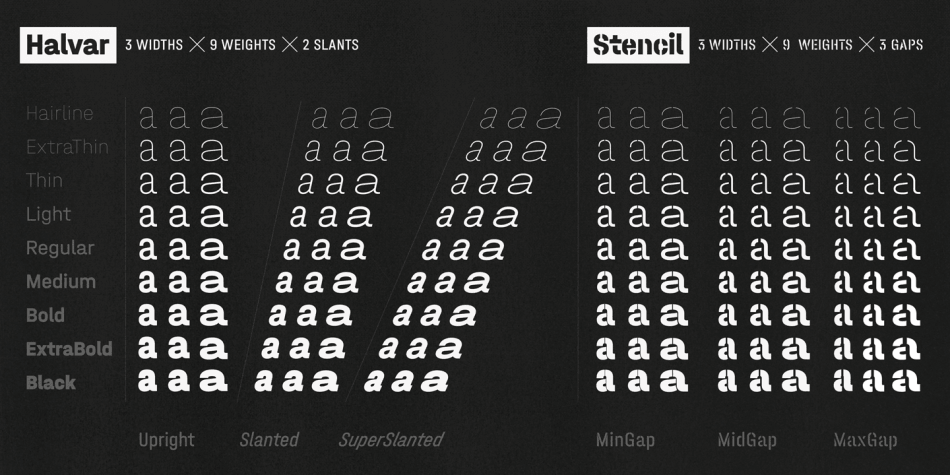 Designed by Jakob Runge, Nils Thomsen and Lisa Fischbach, Halvar is a sans serif font family. This typeface has eighty-one styles and was published by TypeMates. 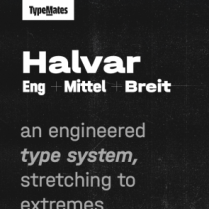 Halvar, a German engineered type system that extends to extremes.
With bulky proportions and constructed forms, Halvar is a pragmatic grotesk with the raw charm of an engineer. A type system ready to explore, Halvar has 81 styles, wide to condensed, hairline to black, roman to oblique and then to superslanted, structured into three subfamilies: the wide Breitschrift, regular Breitschrift and condensed Breitschrift. Designed to be as adaptable in application as it is steady in appearance, this spectrum makes Halvar as ideal for complex corporate identity solutions as it is for particular ones. For industrial duties, a stencil display version is also available.

Halvar is not only built to be flexible, but technical. Apart from the SuperSlanted, all its font styles are multiplexed—a word in one Halvar’s roman or italic widths will occupy the same space regardless of weight—allowing for fine work in annual reports, interface design, or anywhere space is at a premium and the demands of reflow, rollover and animation need to be considered.

With a character set that includes extended Latin, Greek and Cyrillic and supports more than 190 languages, Halvar’s styles have German names and multilingual ambitions. Perfect for cross-market branding. To ensure TypeMates’ usual high standards throughout all glyphs, the Cyrillic and Greek letterforms were developed in consultation with native readers.

Needless to say, a font system this comprehensive is shipped with tabular figures, circled highlights, superscripts, as well as fractions. Alternate characters let Halvar toggle between two additional stylistic sets: one plain and functional, another distinct and digital.

With manual TrueType hinting and special attention to text styles, a stable x-height, contemporary proportions and a robust design, Halvar is optimised for screen performance and ready to meet any challenge in user interface typography.