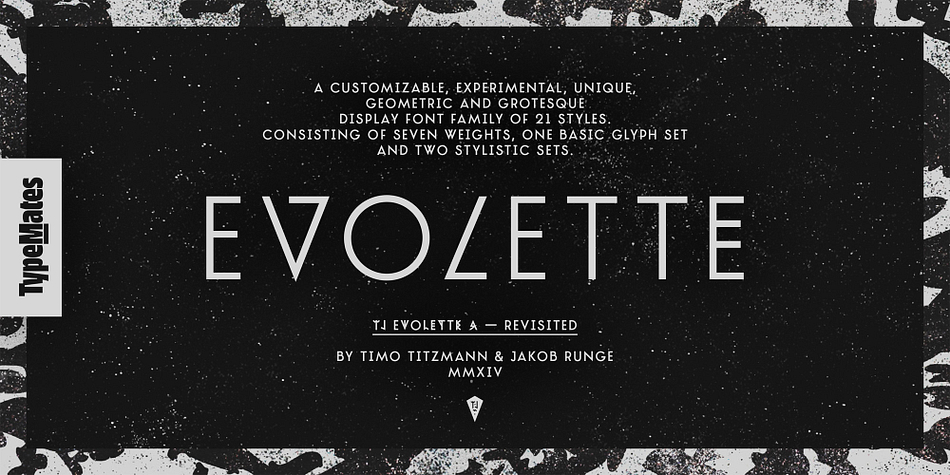 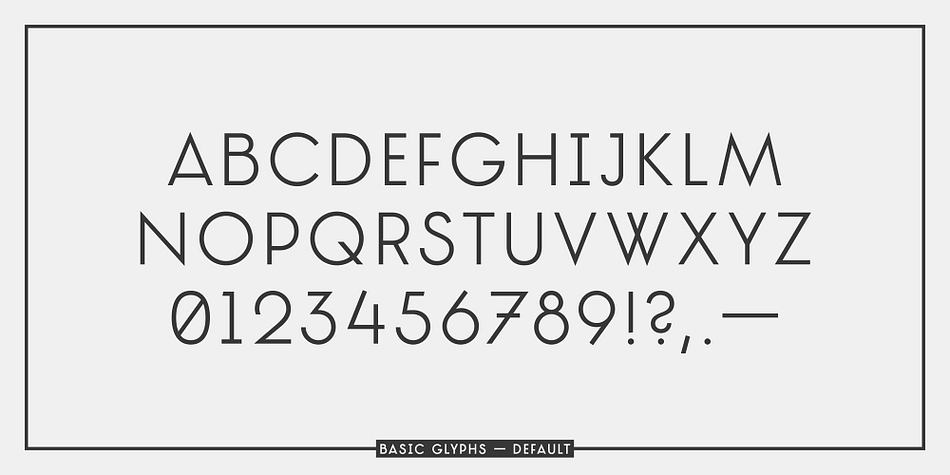 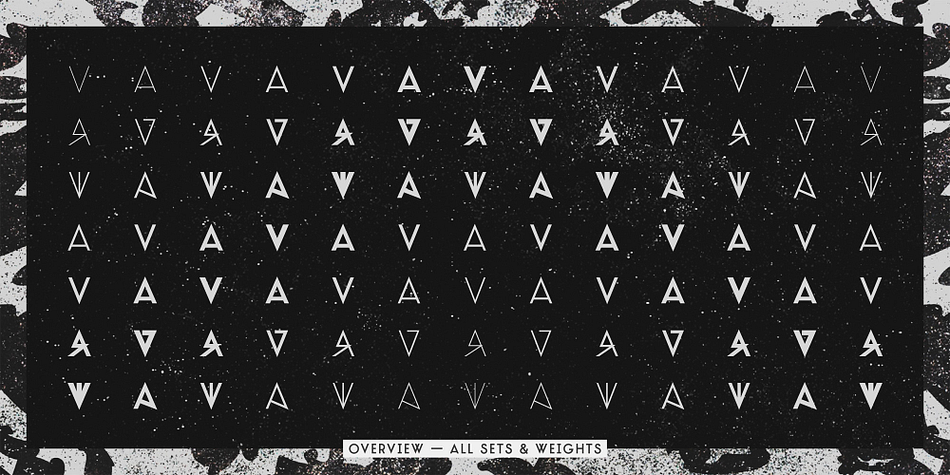 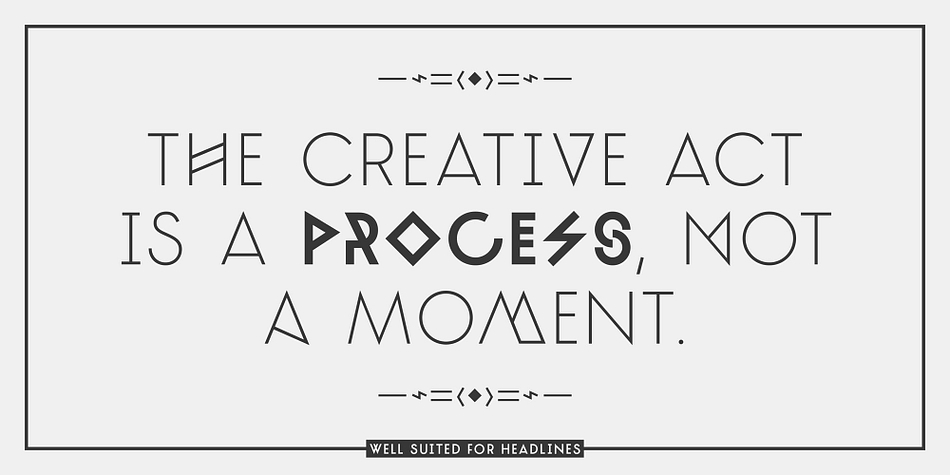 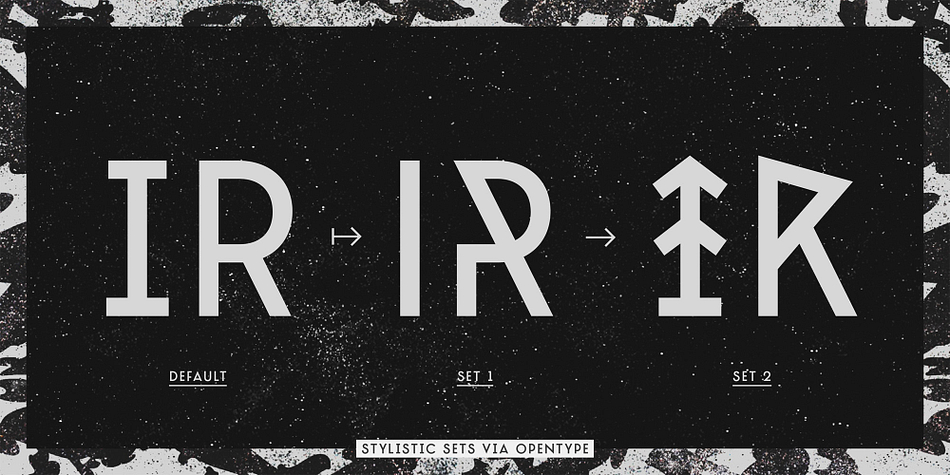 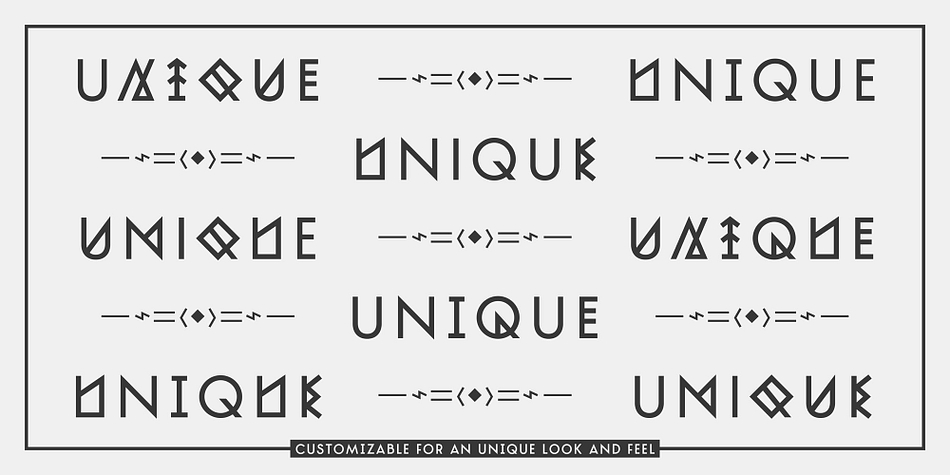 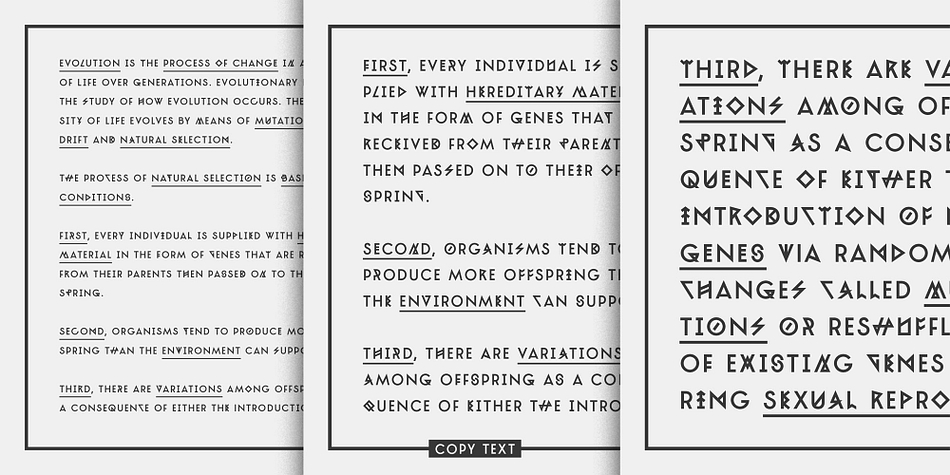 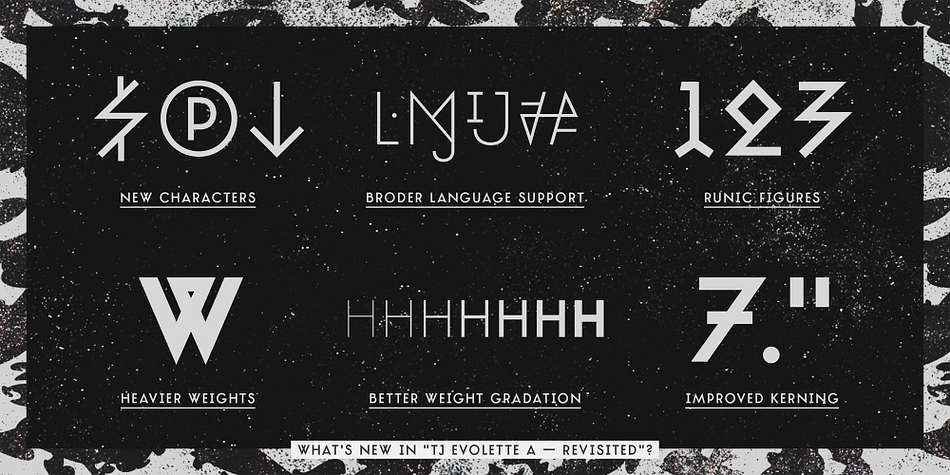 TJ Evolette A is unique, customizable, experimental, fashionable and clean. This geometric, grotesque and all-caps display family has seven weights, one basic glyph set, two integrated and extravagant stylistic sets for the whole alphabet and some astonishing special characters.

Between the basic glyph set and the two stylistic sets, the typeface offers innumerable combination possibilities. In its two sets of alternate characters interpretations of Art Deco mingle with the straight lines of ancient runes. This variety encourages striking editorial and poster design.

TJ Evolette A was designed in 2011 by Timo Titzmann and Jakob Runge. In 2014 they revisited the typeface with new characters, broader language support, runic figures, improved kerning, better weight gradation and heavier weights.

The common character sets of Central, Eastern and Western Europe are supported across all weights, with alternate glyphs accessible through OpenType layout features.

If you’d like to use this multifarious typeface without OpenType support (perhaps for web usage) we recommend TJ Evolette A Mix A version with a no-hassle, predefined mix of all of the glyphs.

To use the multifarious typeface even without support of OpenType Features (like for web usage) we recommend . This version offers a predefined mix of all glyphs.

Feature Summary (*new in 2014):
— 7 weights: Hairline, Thin, ExtraLight, Light, Normal, Bold and Black*
— 2 Stylistic Sets with alternates for every letter
— 1 Stylistic Set to mockup the subsetted “TJ Evolette A Web”
— 1 set of runic alternates for the figures* and punctuation
— Ancient roman figures*
— up to 2 Alternates for some symbols* like @ § & • ¶ № $ €
— Automatic fractions*
— Superior and inferior figures*
— Arrows*
— Contextual alternates for arrows and a correct multiply between figures*
— More than 600 glyphs in each weight
— Extended language support* (most Latin-based scripts supported)