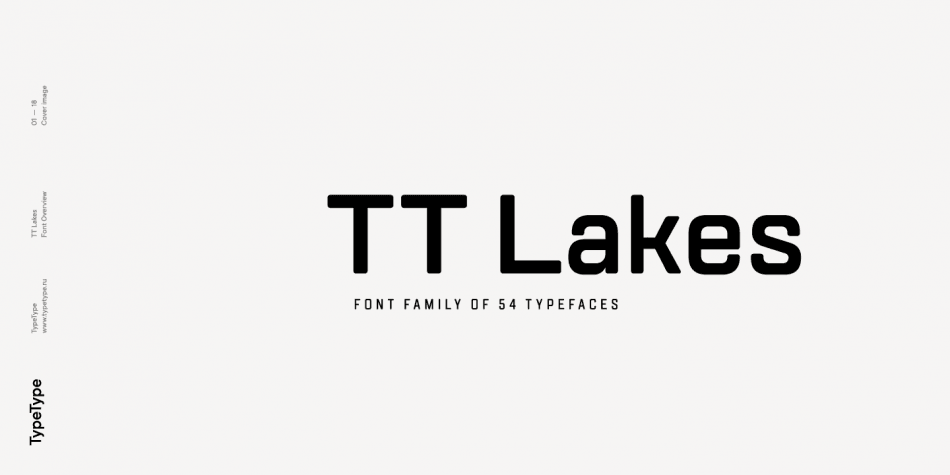 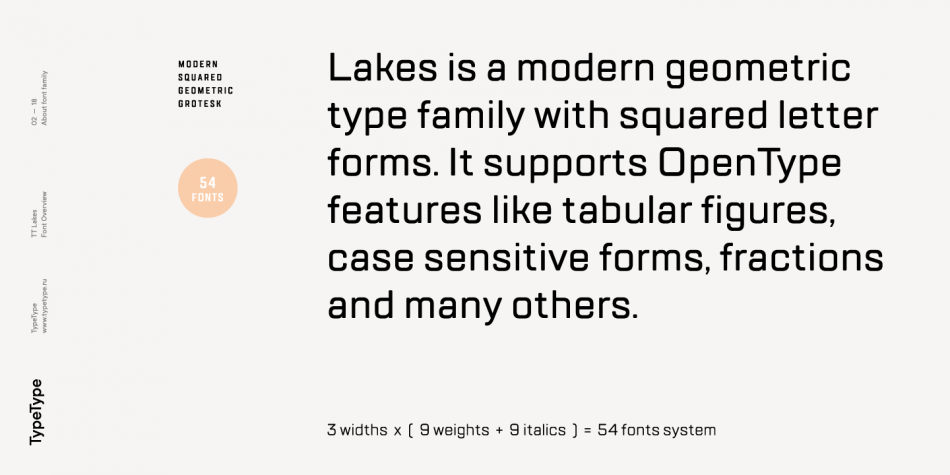 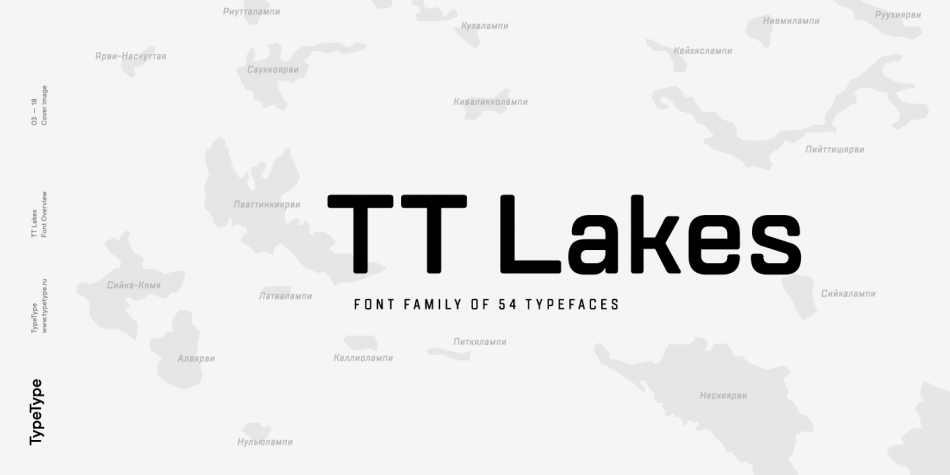 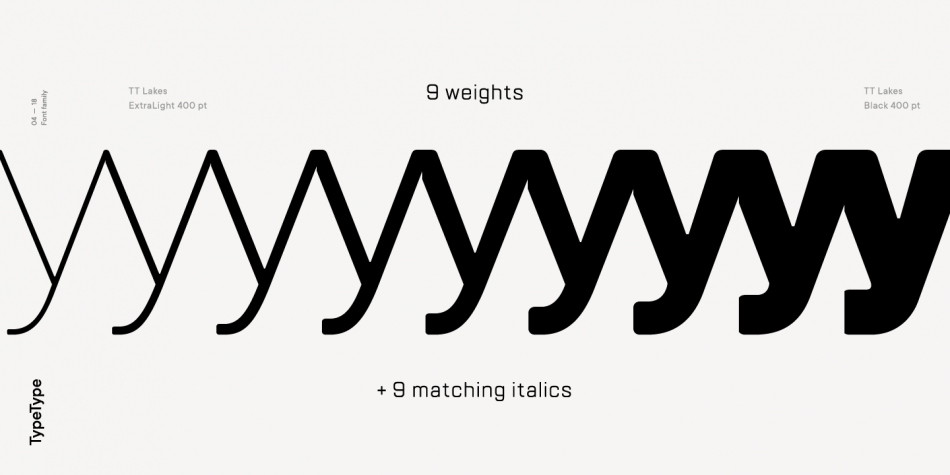 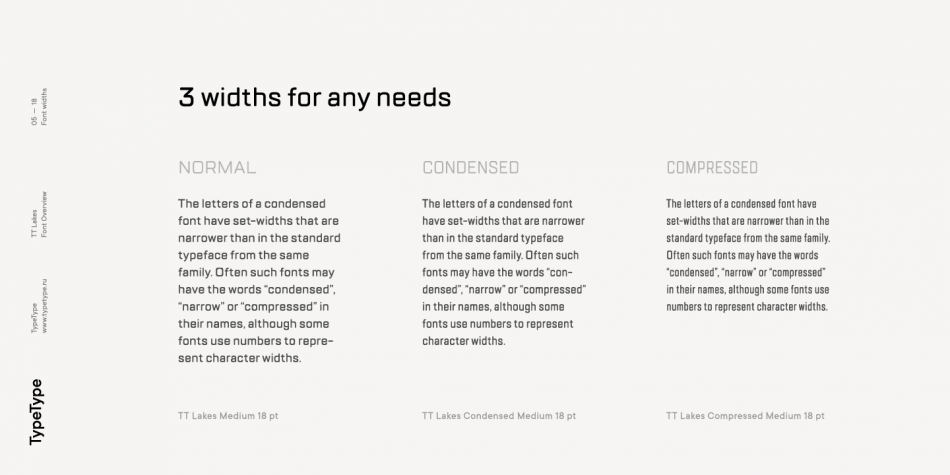 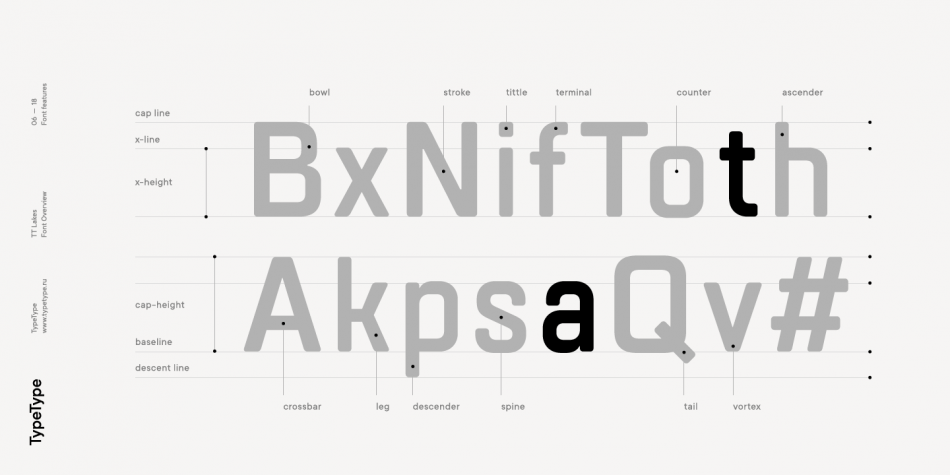 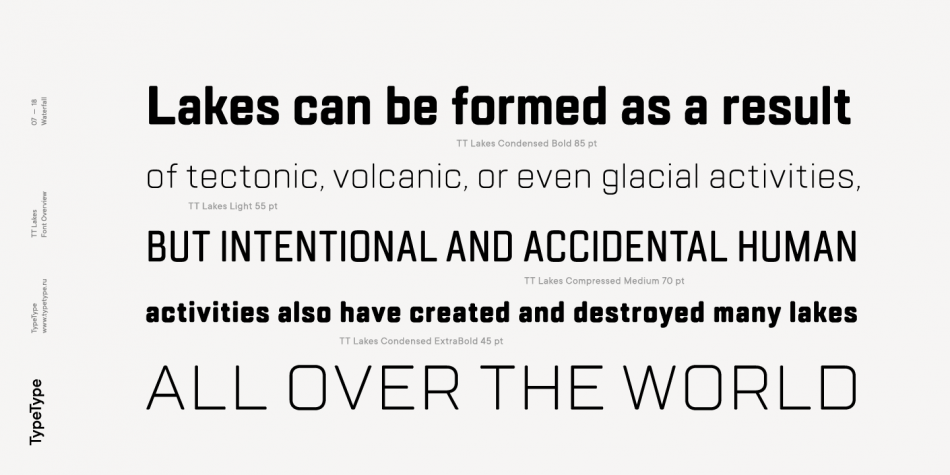 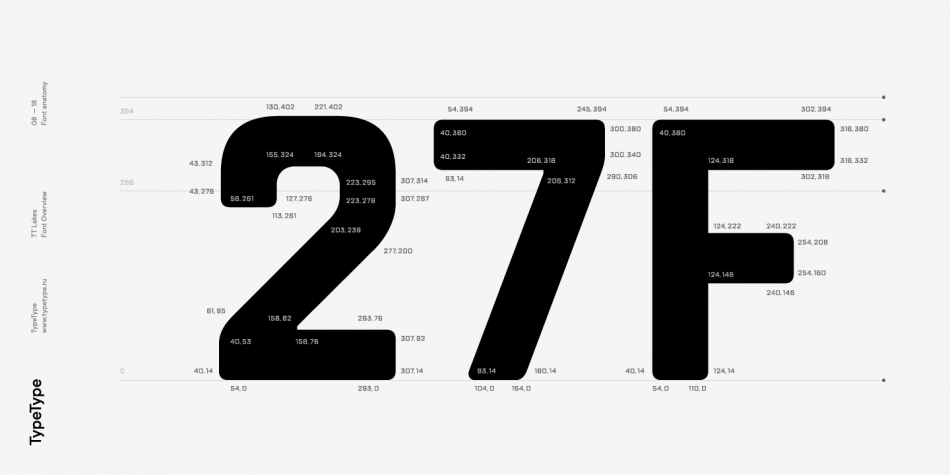 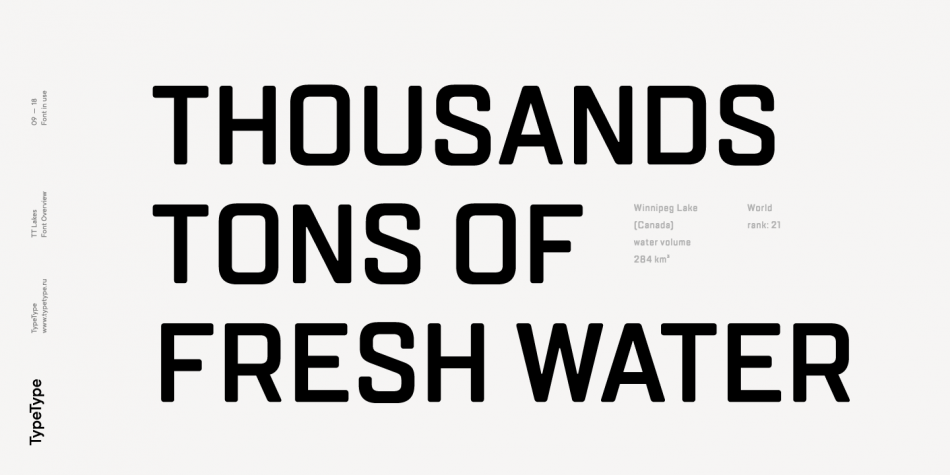 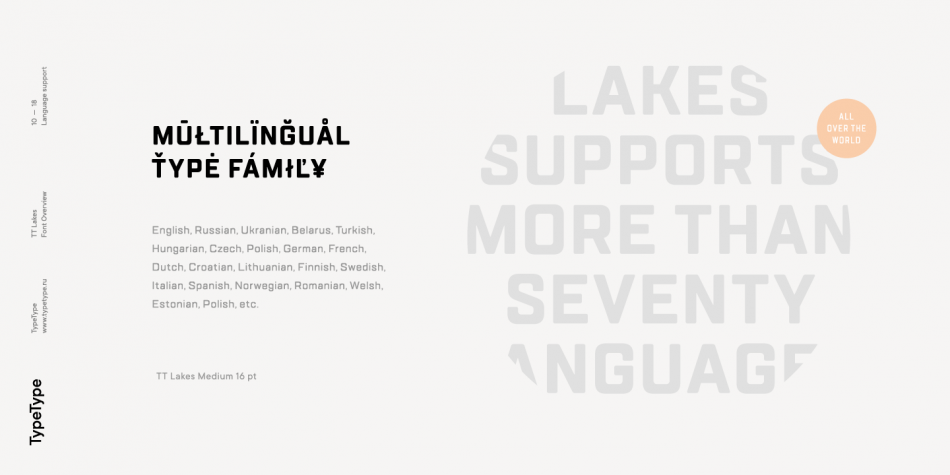 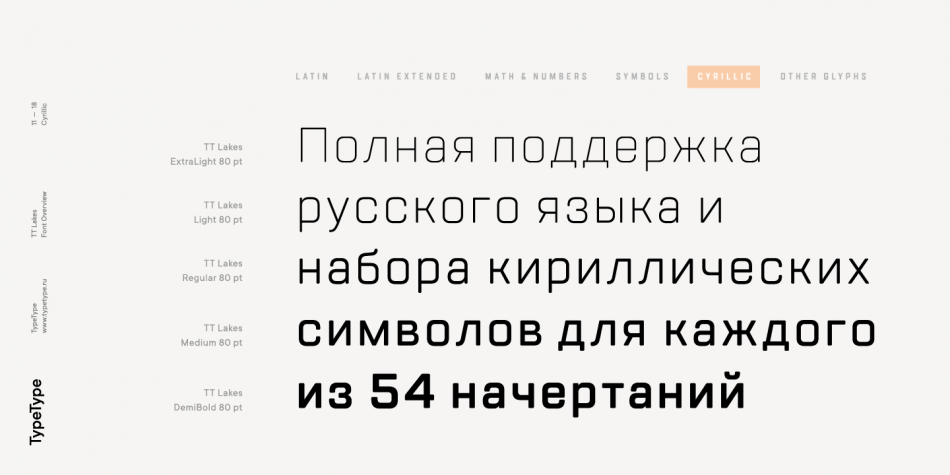 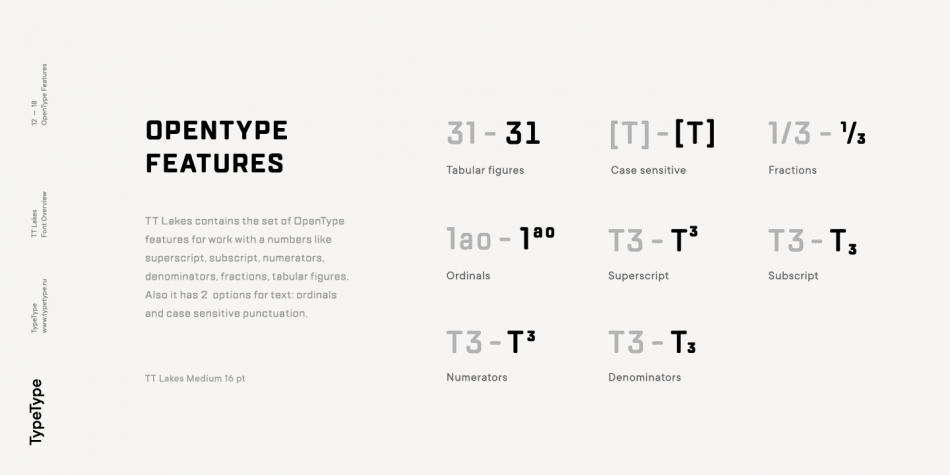 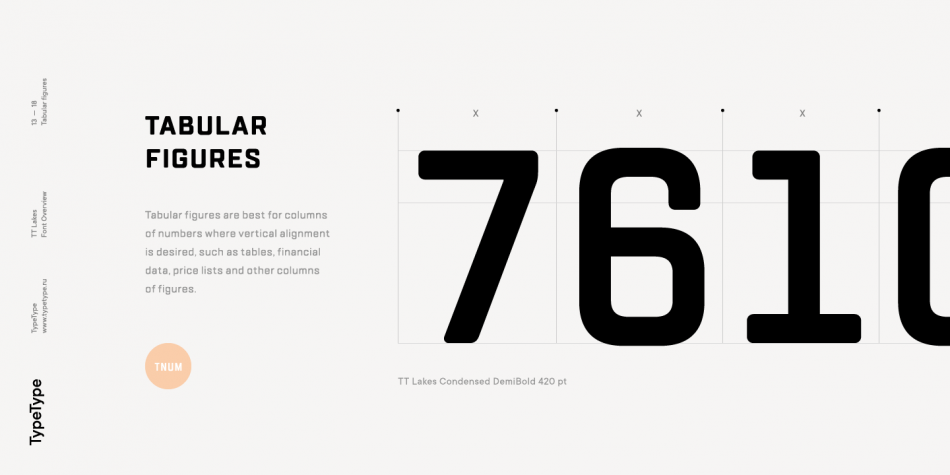 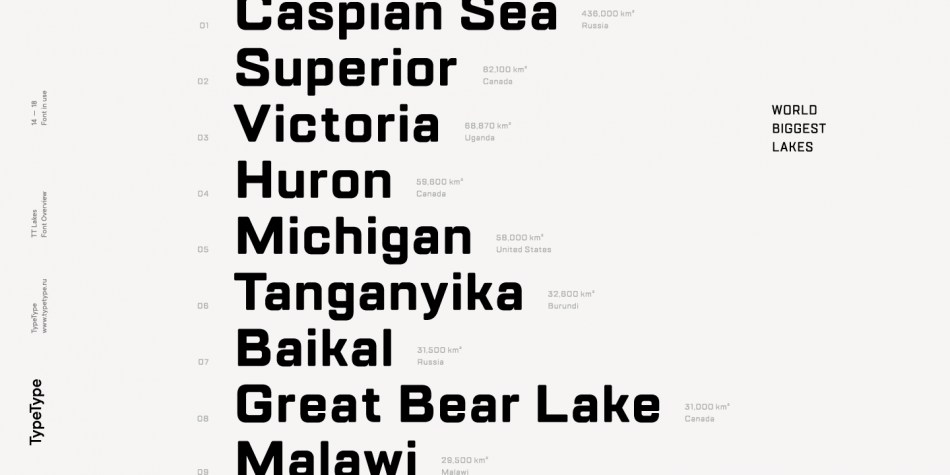 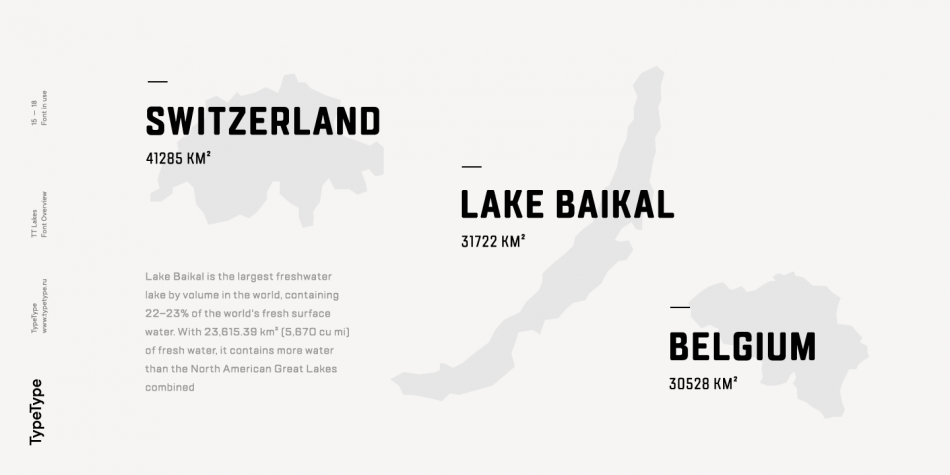 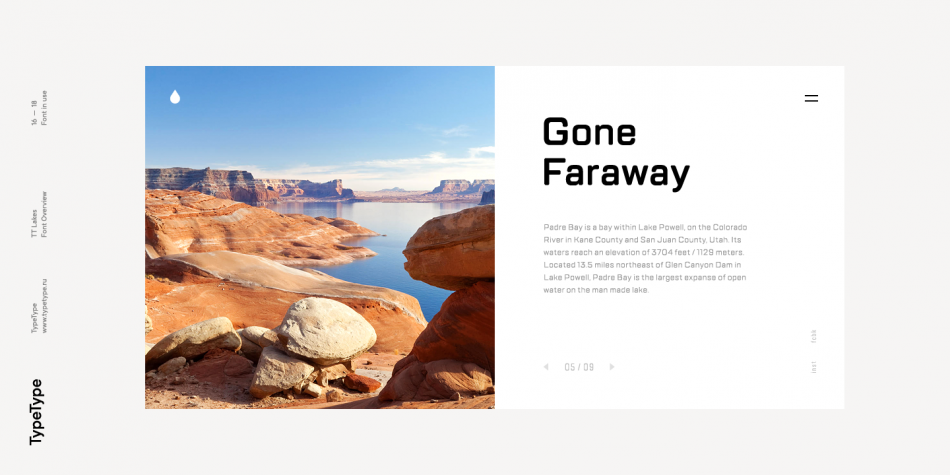 TT Lakes is a sans serif font family. This typeface has fifty-four styles and was published by Typetype.

The idea for this font emerged in the city of Priosersk, which until World War II was a Finnish city called Kakisalmi. At the city museum we came across an unusual sign plate with the former name of the railway station. We could not look past such a design gem and decided to create a font family that would emphasize the input of Finnish functionalists into the modern design and demonstrate our utter respect towards the land of a thousand lakes, as Finland is often referred to.