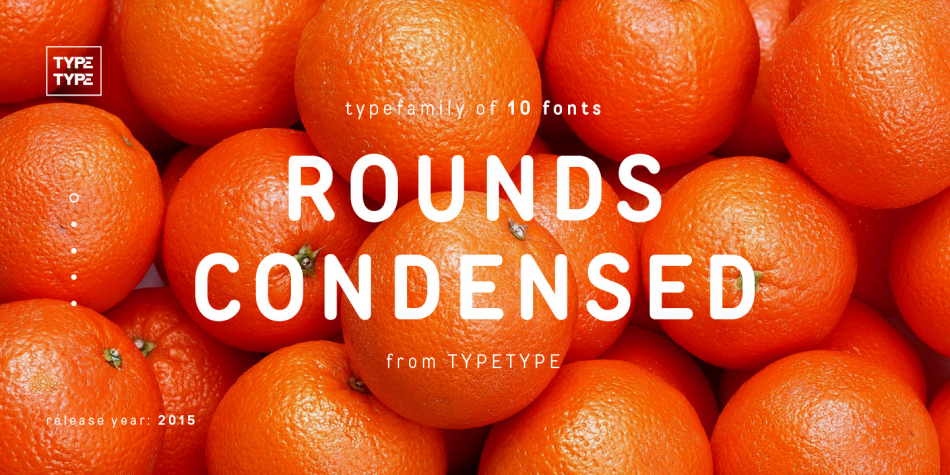 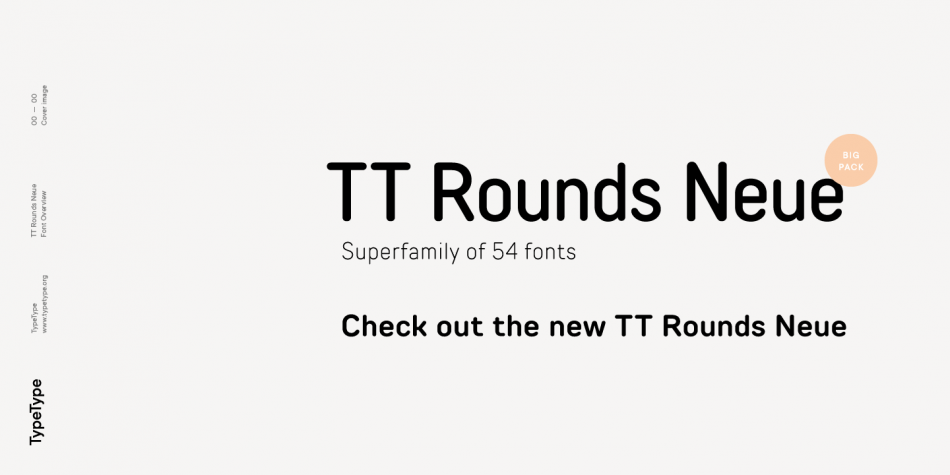 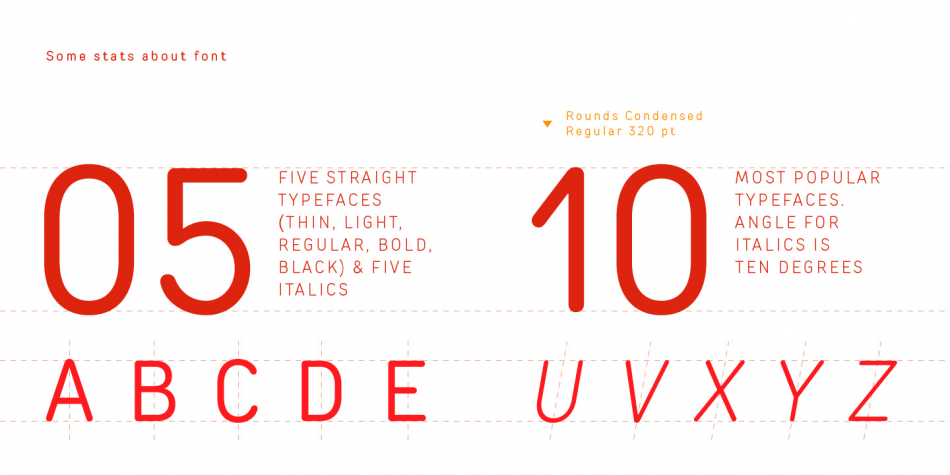 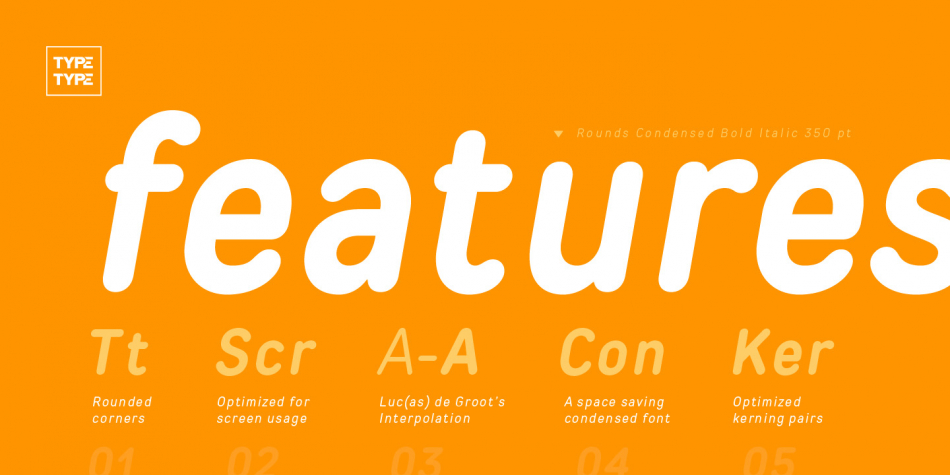 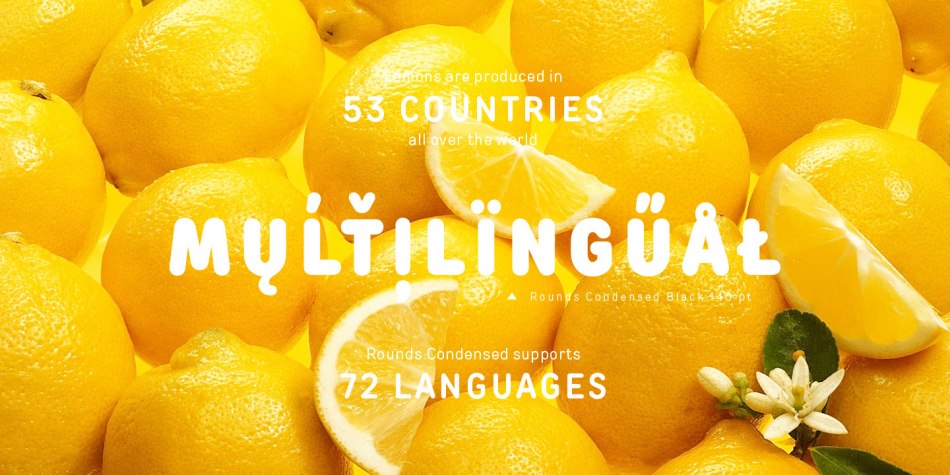 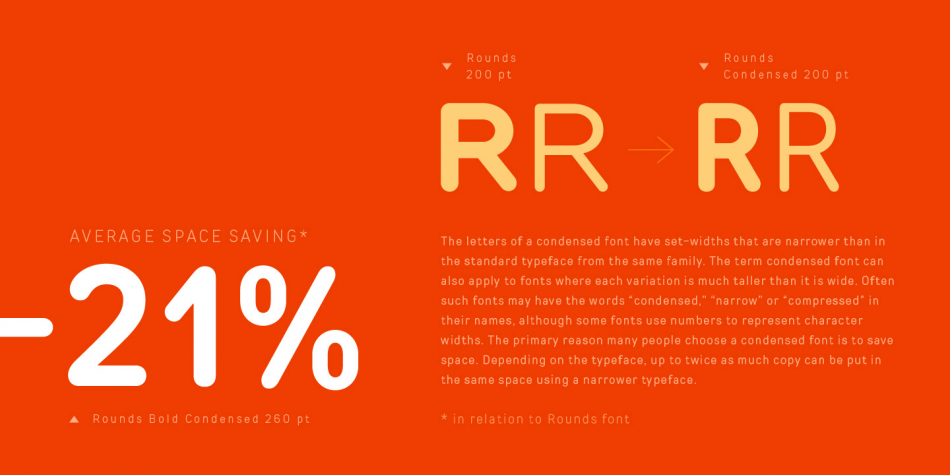 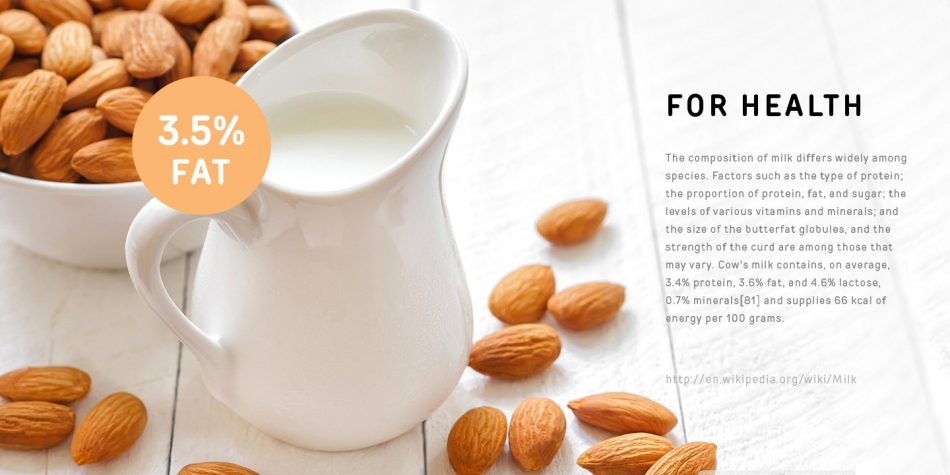 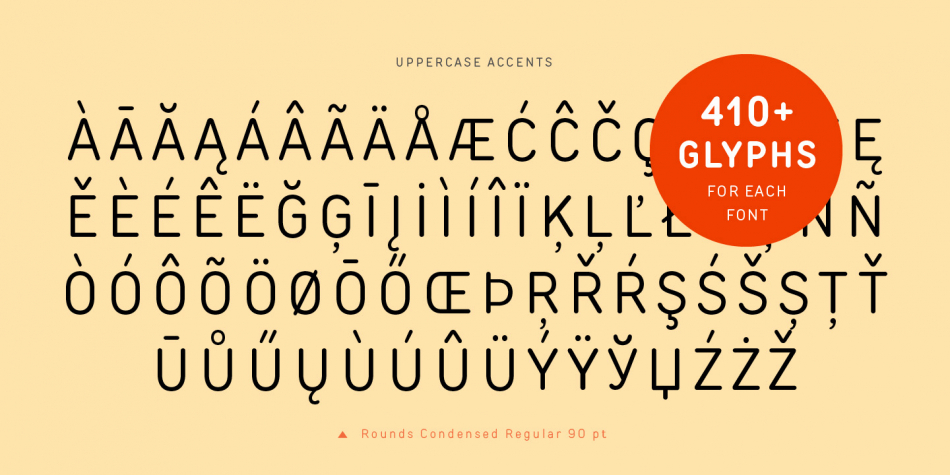 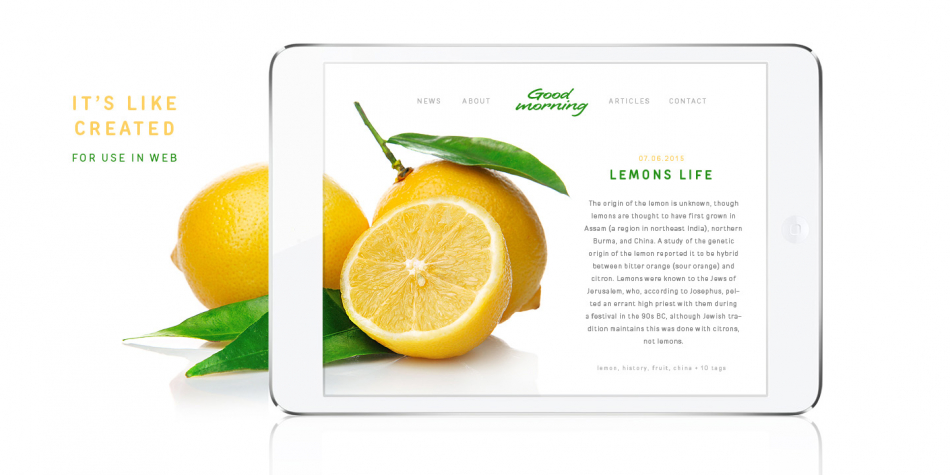 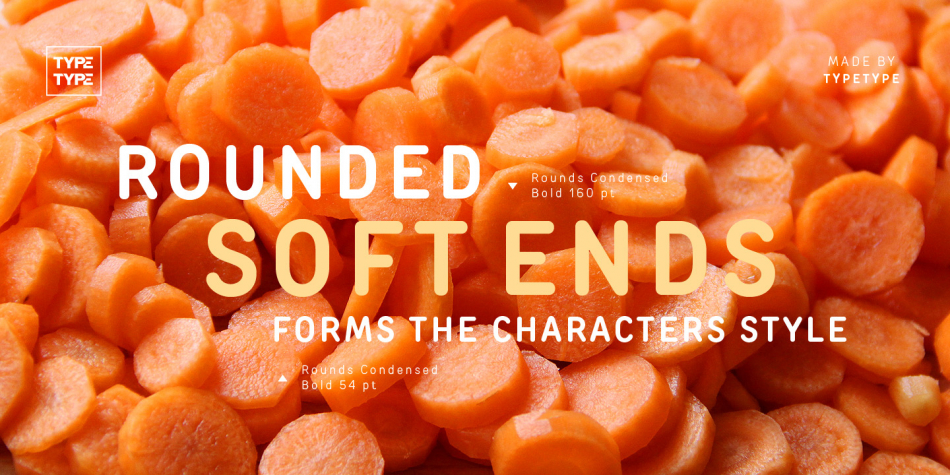 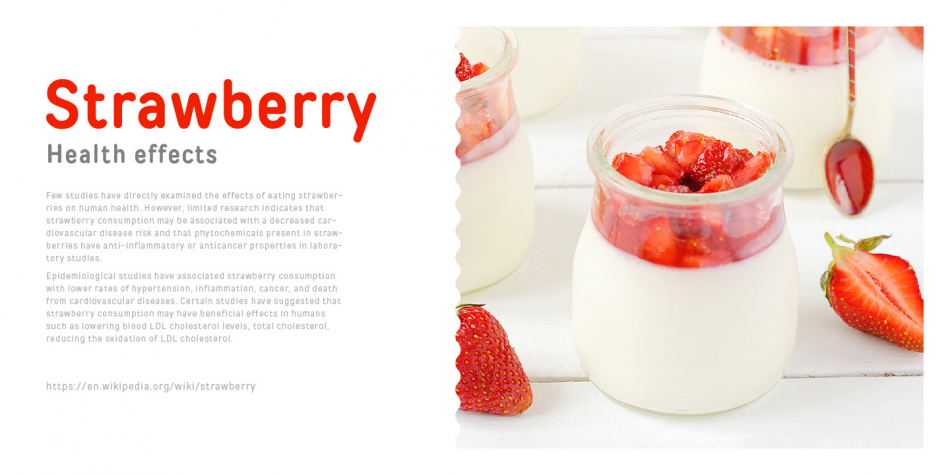 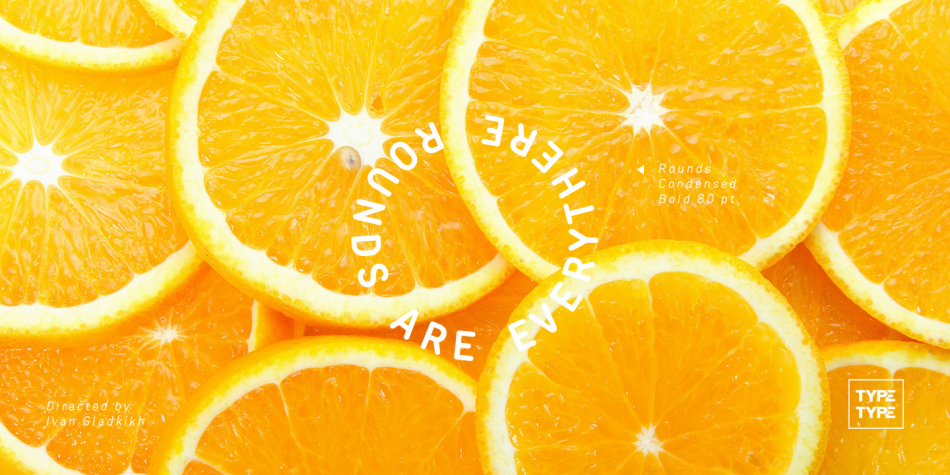 Designed by Ivan Gladkikh, TT Rounds Condensed is a sans serif font family. This typeface has ten styles and was published by Typetype.

You are on the page of the old display version of the TT Rounds Condensed font.

In 2018, we released an entirely new, completely redesigned, and significantly expanded version of the typeface called TT Rounds Neue. In addition to 54 styles, TT Rounds Neue has stylistic alternates, ligatures, old-style figures and many other useful OpenType features.

Before you buy the old display version of the font, we suggest that you pay attention to the new superfamily TT Rounds Neue and study it in more detail.

TT Rounds Condensed — this is the condensed version of the Rounds font family. TT Rounds Condensed has a very kind and gentle temperament. It contains the most popular typefaces styles: Thin, Light, Regular, Bold, Black and Italics. All fonts are made so that they can be used for short texts (eg logos and headers), and in the long text sets (such as a paragraph of text or newspaper article).
Scope:
applications, children’s books, coffee shops, websites, packaging products, price tags, logos, interiors, outdoor advertising, consumer goods, television advertising, cosmetics, household chemicals, electronics design, plush toys.