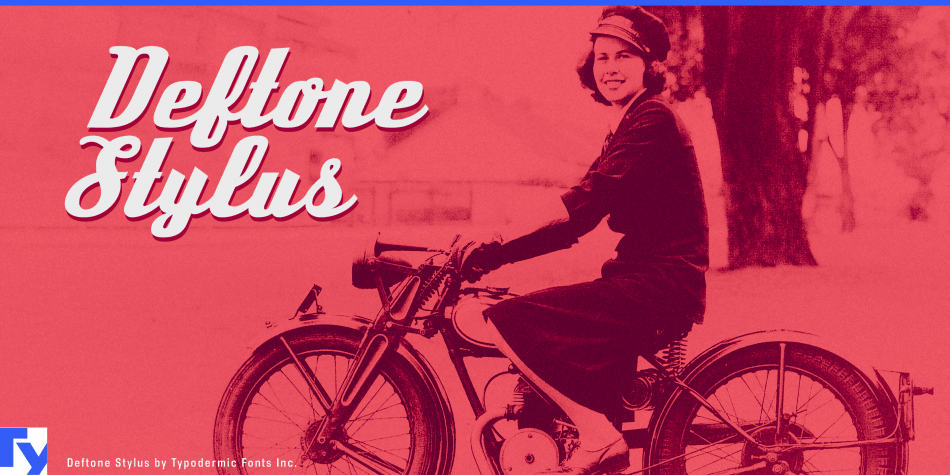 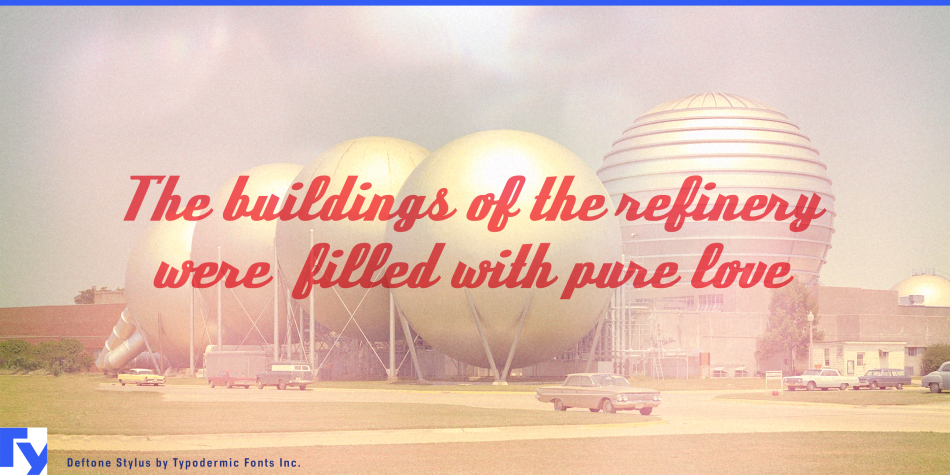 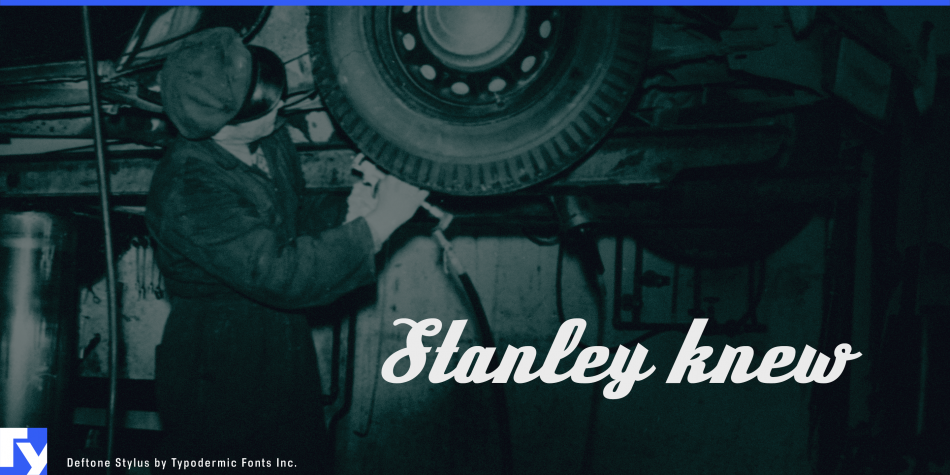 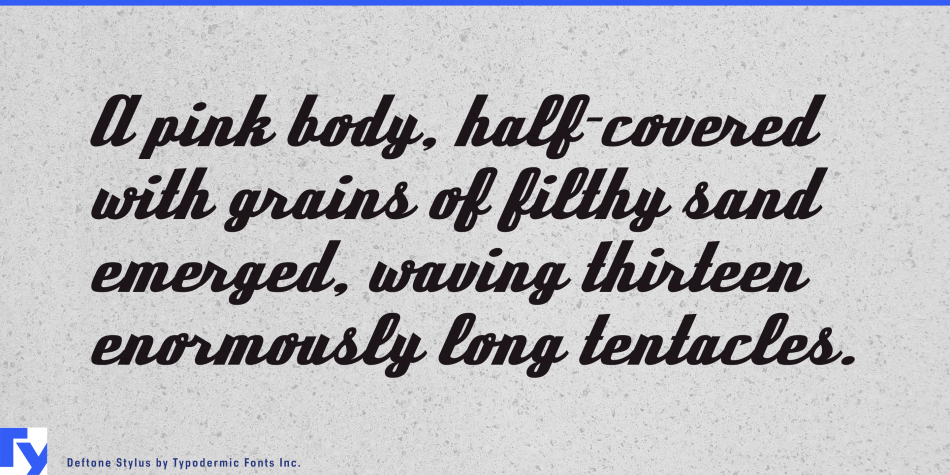 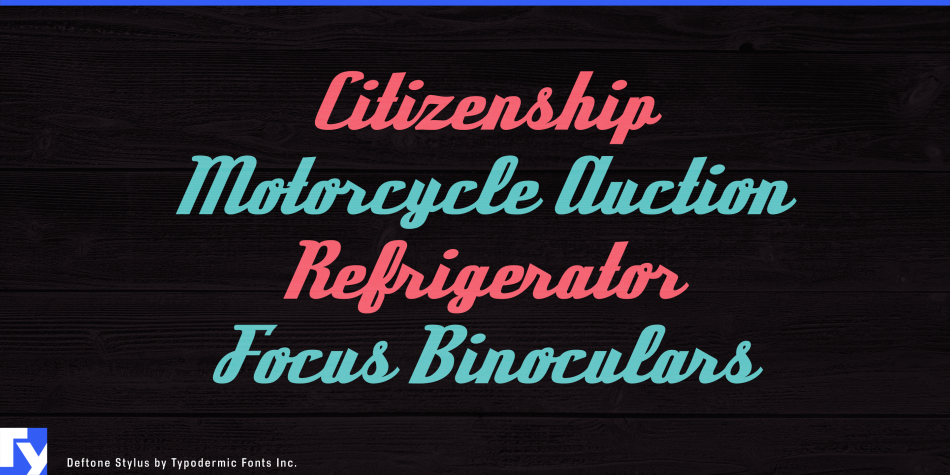 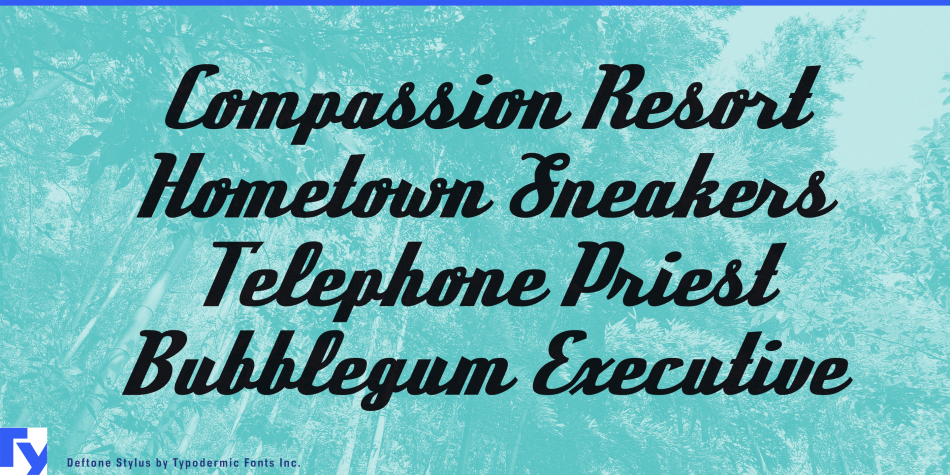 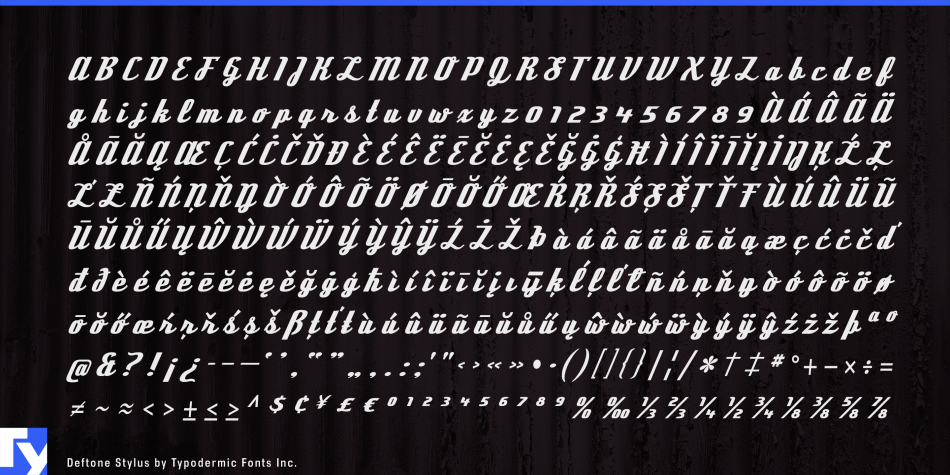 Deftone Stylus has been updated and improved. The capital letters’ left hanging swashes have been trimmed back to allow for less chaotic all caps use. Altho, those long swashes were part of the character of Deftone Stylus, they were difficult to work with. The spacing and kerning of the capitals has been completely redone. The lowercase has been refined to look less mechanical and to flow better. The original L, Q, X, x and z have been replaced becuase, frankly, the original versions were poorly designed and didn’t flow with the other letters. The curl on the lowercase o and w had difficulty connecting with certain letters. Now there are custom OpenType ligatures for difficult pairs: az, azz, cz, dz, ez, ezz, fj, iz, izz, nz, or, os, ox, pz, rz, sz, tr, wr, ws, uz, uzz, yz, zz. These custom pairs will automatically be substituted in OpenType savvy applications. Accents have been redesigned to look nore balanced. They’re a bit taller so the overall font size may appear smaller in some applications. Many more languages are supported. OpenType fractions and numeric ordinals have been added. Mathematical operators have been redrawn. The star shaped bullet has been replaced by a more conventional bullet. The original star is in the “star” glyph position (Unicode 22C6). The new Indian Rupee symbol (Unicode 20B9) is included. Vertical metrics have been altered to allow for taller accents and cross-browser compatibility. Deftone Stylus is still free for commercial use.