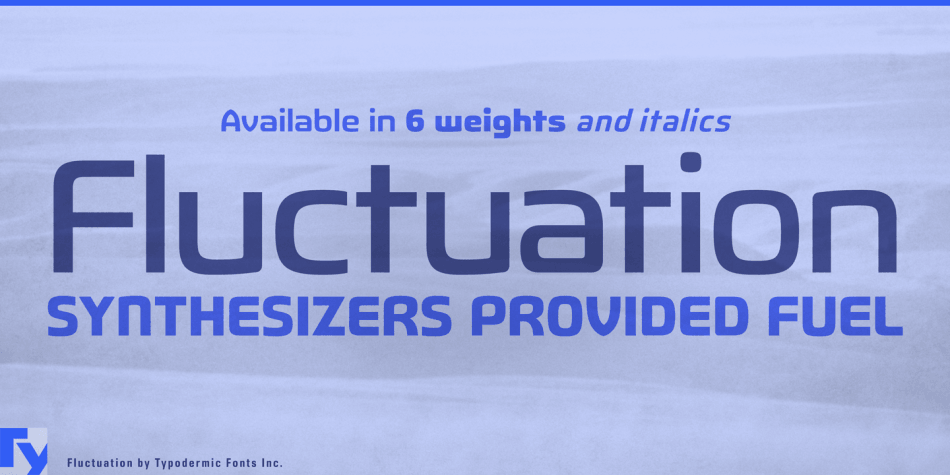 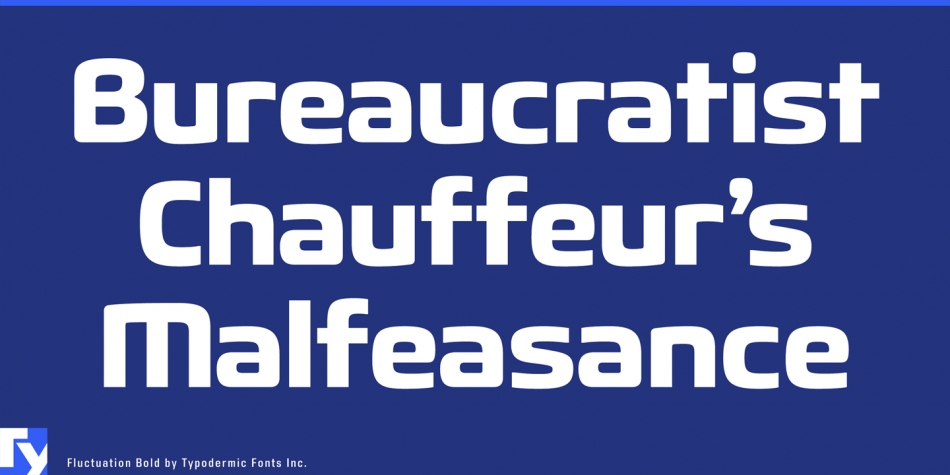 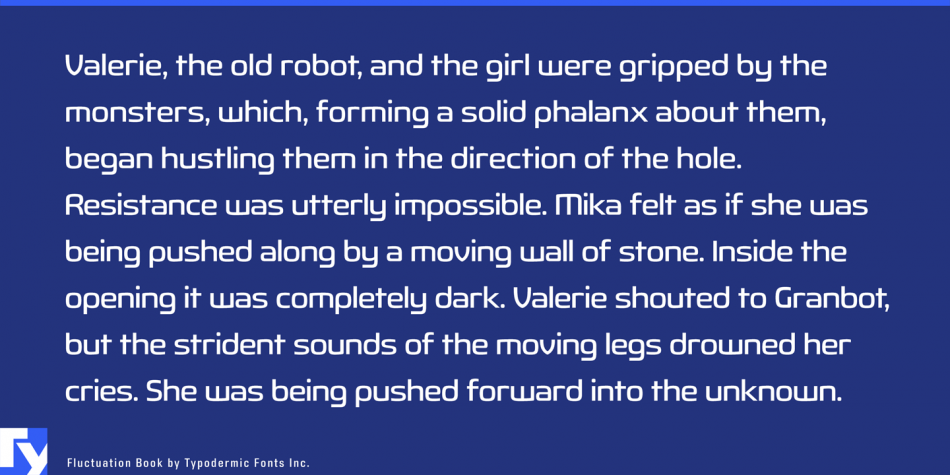 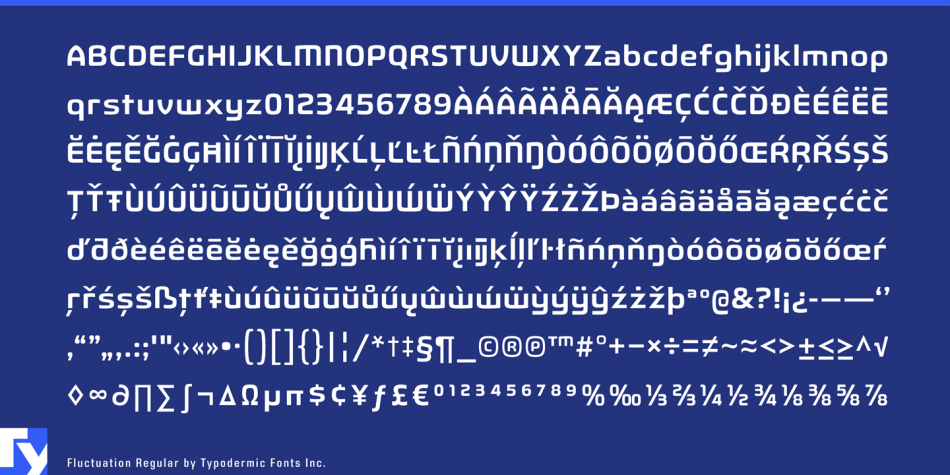 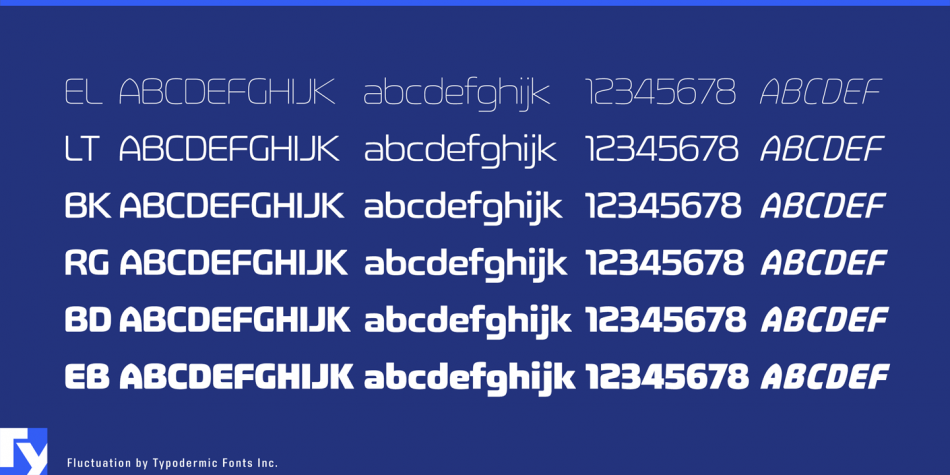 Fluctuation is a sans serif font family. This typeface has twelve styles and was published by Typodermic Fonts Inc.

A twelve font family. This contains every font in the Fluctuation Family.

Rather than relying on pure geometry or typographic tradition for inspiration, Fluctuation draws upon the very objects it intends to harmonize with: consumer electronics. Cutting edge phones, cameras, remotes, game controllers and synthesizers provided fuel for Fluctuation’s development. It’s more than just a squarish sans: each design decision was informed by contemporary gadgets.

In years past, the square M N and W shapes were employed for stark, futuristic effect. These letterforms were at one time, considered a hindrance to readability. Today, generations of eyes have been acclimated to them from video games and low resolution displays; now they can blend smoothly into a paragraph.

The wide topped, lancet arched A, allows for less distortion in the heavier weights; the typical thinning and lowering of the crossbar trick isn’t necessary, nor is the squaring and flattening of the point. The lancet arch correlates with the stroke of the R and requires less kerning than a triangular A.

Avoiding the flattened points was key to allowing a pointy Z, K and 7. All the sharp points have been slightly chamfered. The chamfers aren’t meant to be noticed, they’re meant to convey a little ruggedness. In consumer electronics, even sharp corners aren’t really razor sharp when you get in close.