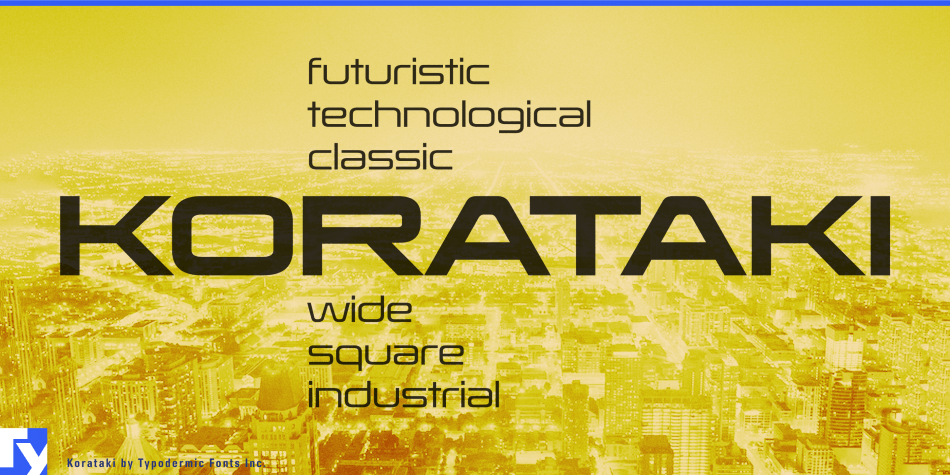 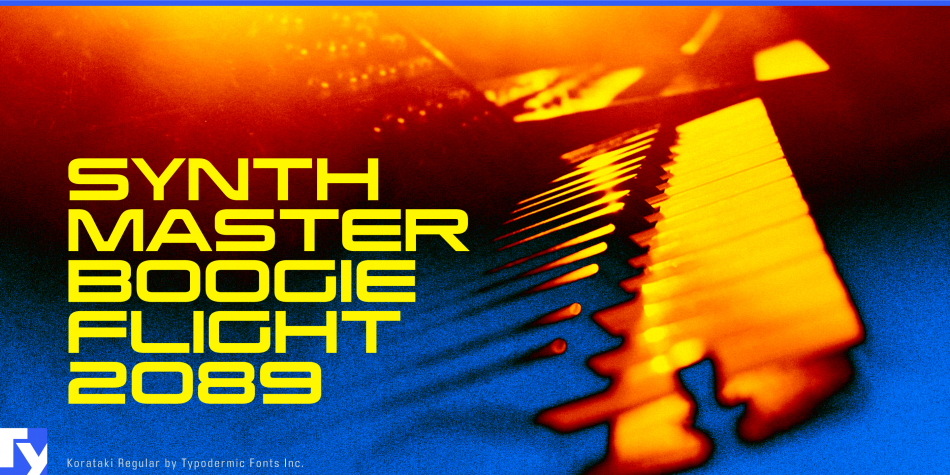 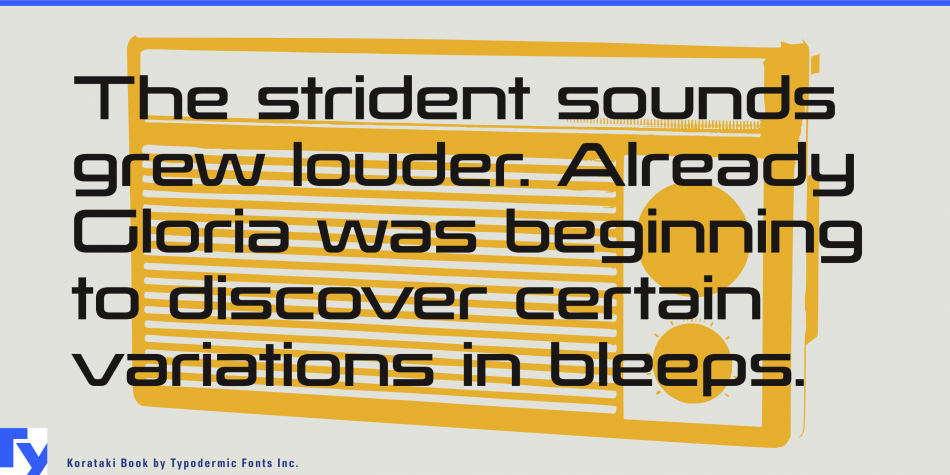 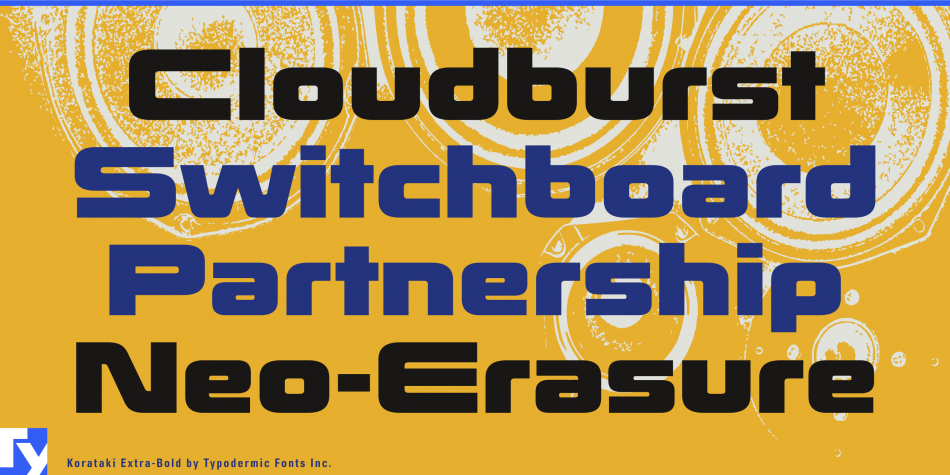 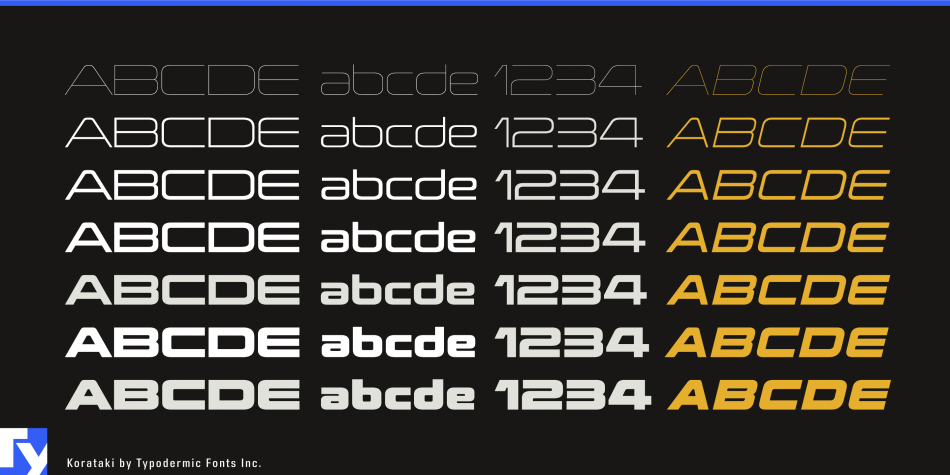 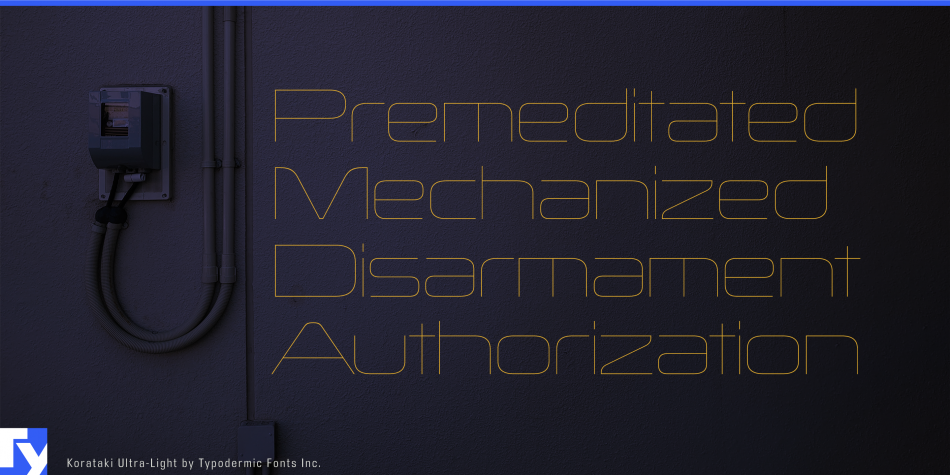 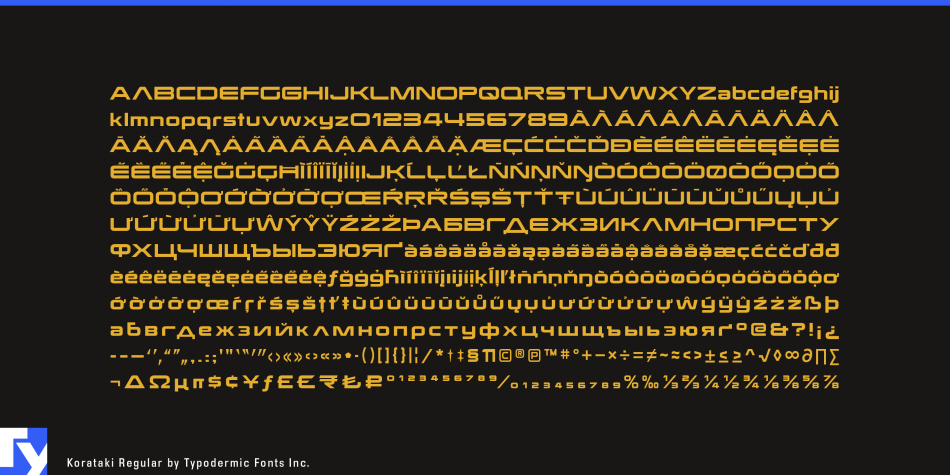 Korataki is a display sans font family. This typeface has fourteen styles and was published by Typodermic Fonts Inc.

Korataki is a tribute to the 1975’s futuristic classic, China by M. Mitchell. It was one of the earliest typefaces that would now be classified as techno. Wide, square, industrial, and super cool, China was rarely seen, but it when it was it appeared to have come from a distant future. Korataki ran with that idea and took away some of the mid 1970’s aesthetic, replacing it with a contemporary techno style as well as a lowercase set. Korataki comes in 7 weights plus italics. Alternates are included for A, G, Q and 4.