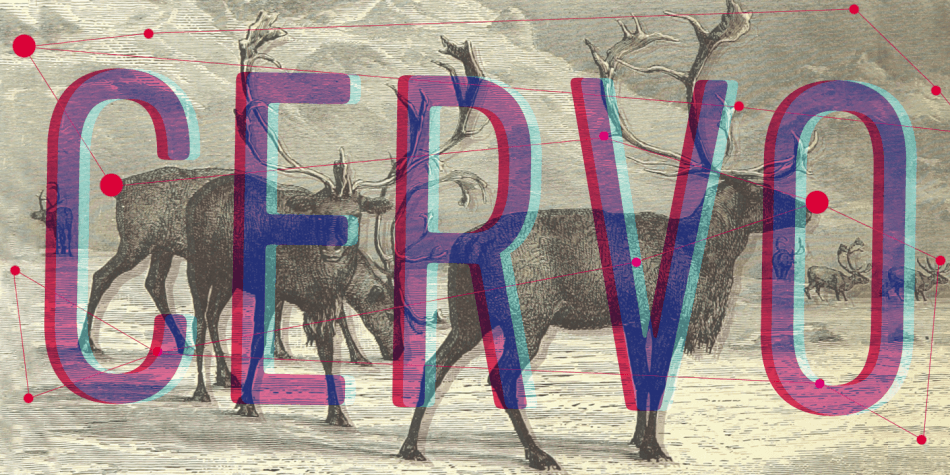 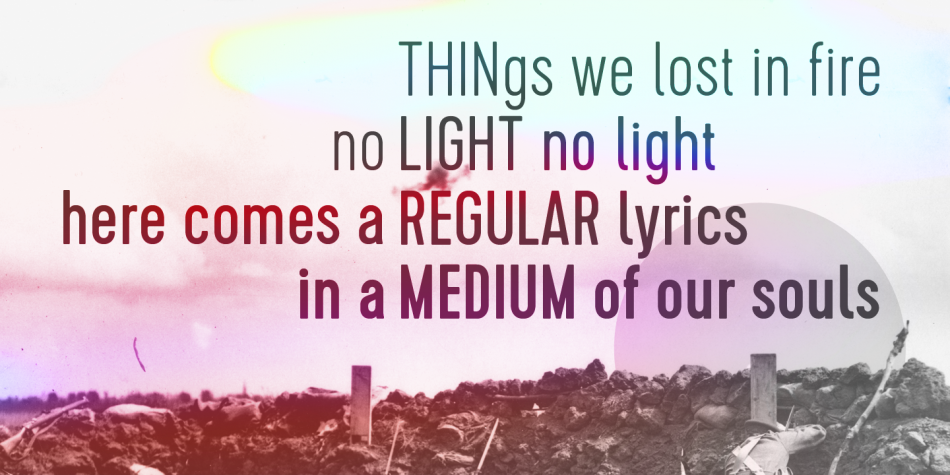 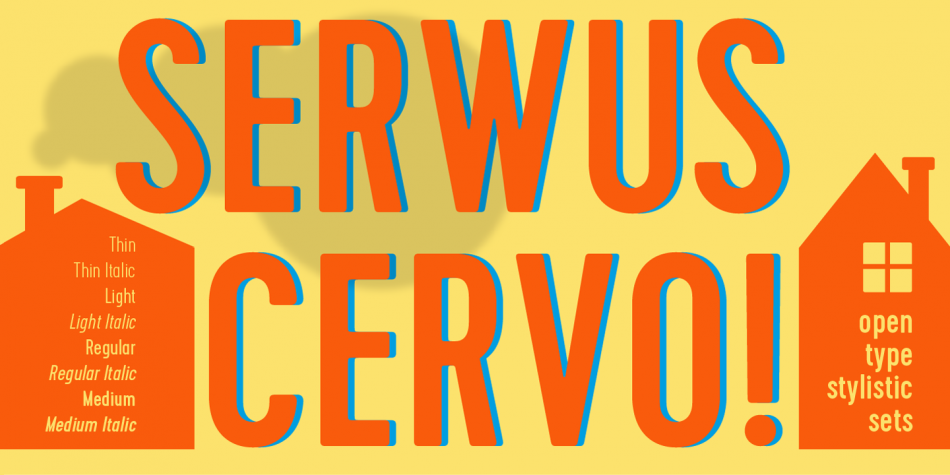 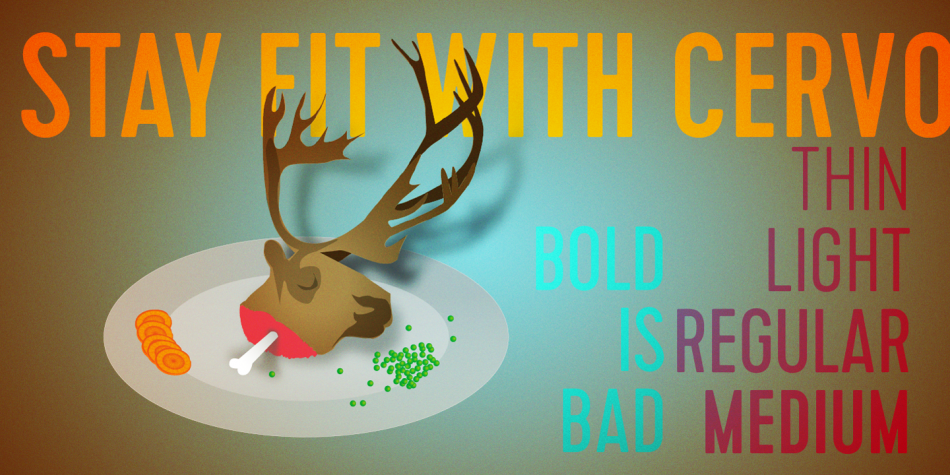 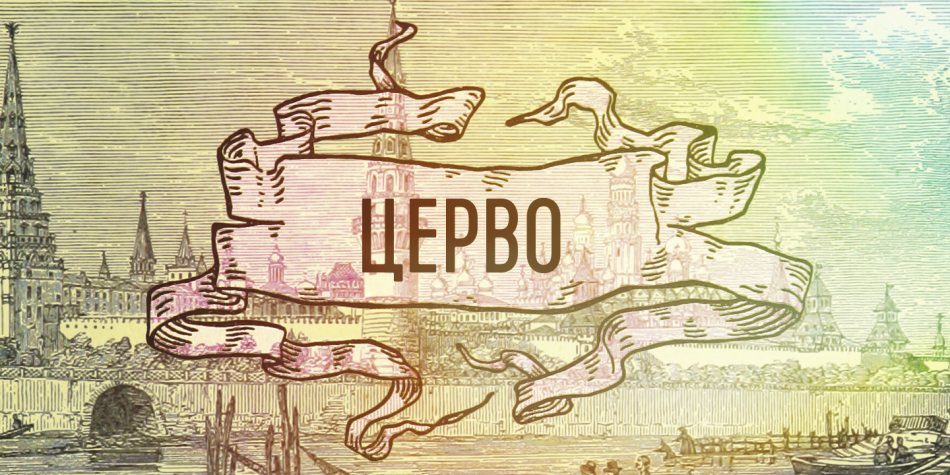 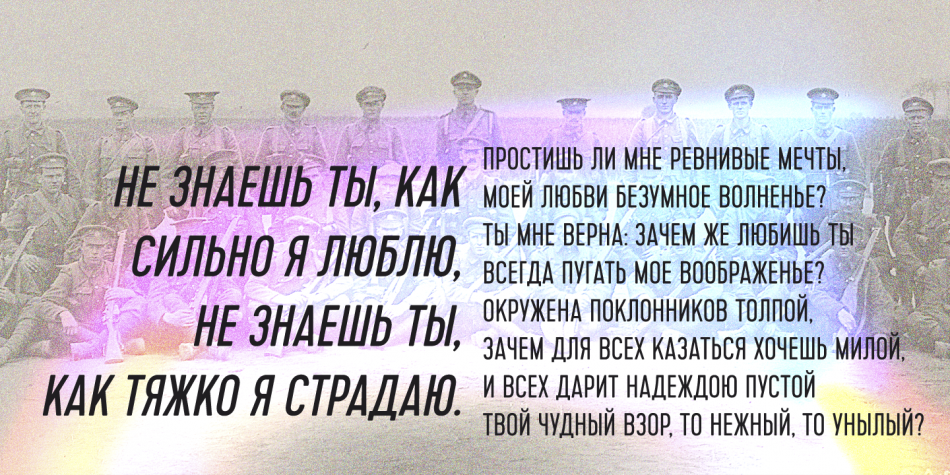 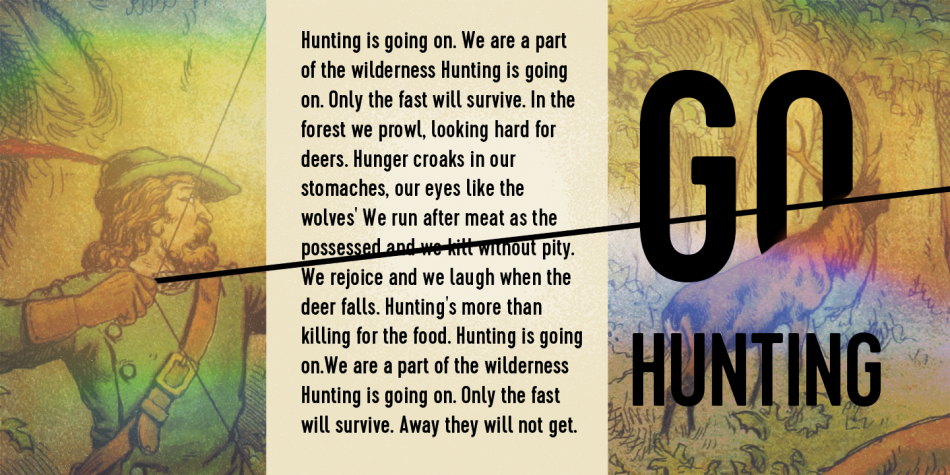 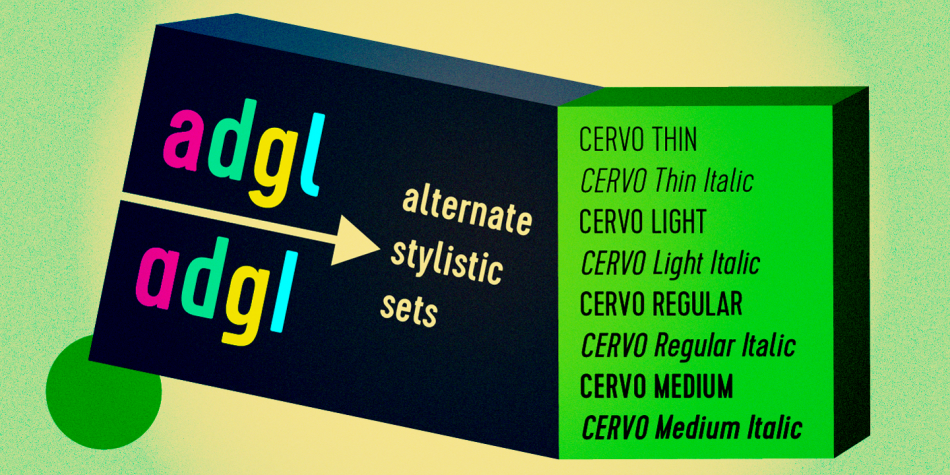 Cervo is a sans serif font family. This typeface has eight styles and was published by Typoforge Studio.

Font Cervo is the younger sister of Kapra. It is characterized by eight different varieties – lower and uppercase characters and in contrast to Kapra is “slimmed” version (from Medium to Thin). It is inspired by a You And Me Monthly published by National Magazines Publisher RSW “Prasa” that appeared from Mai 1960 till December 1973 in Poland.