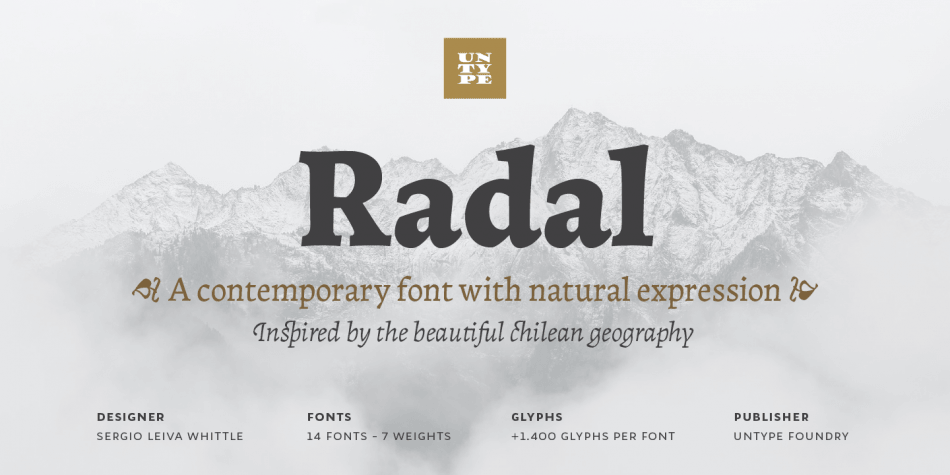 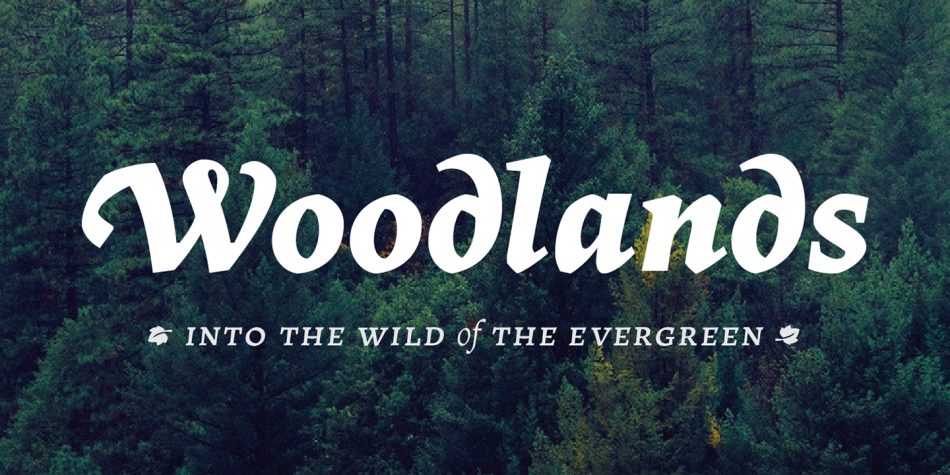 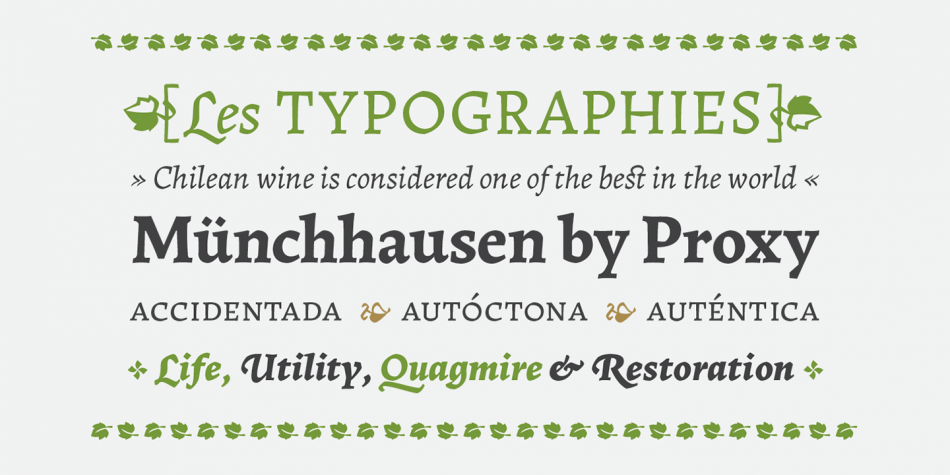 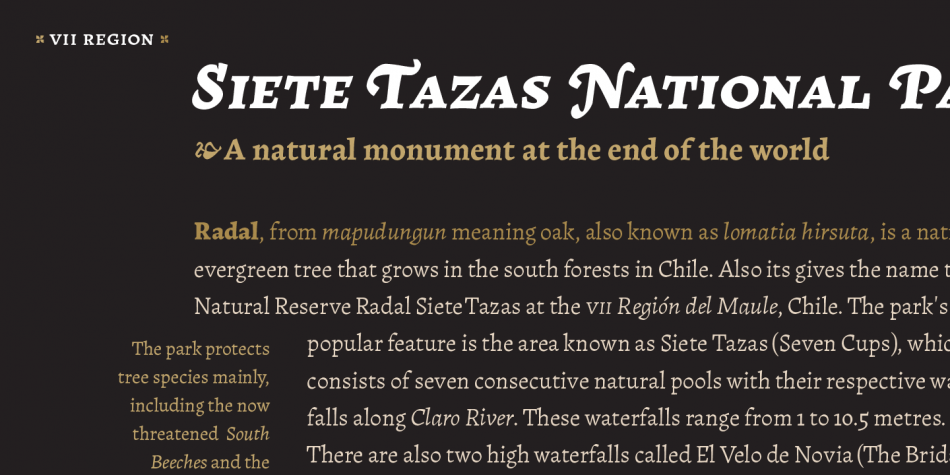 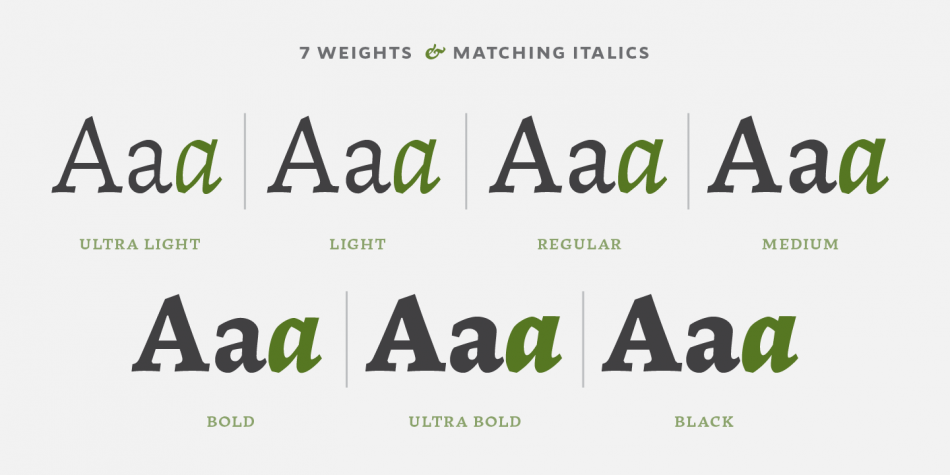 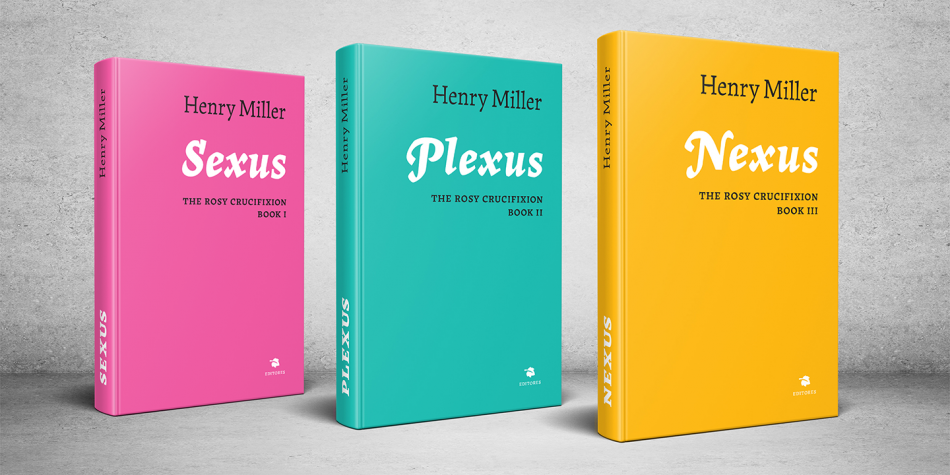 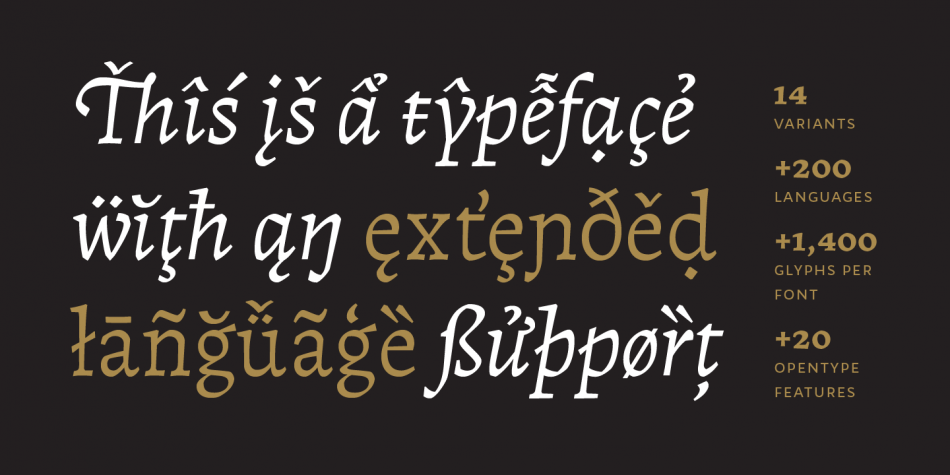 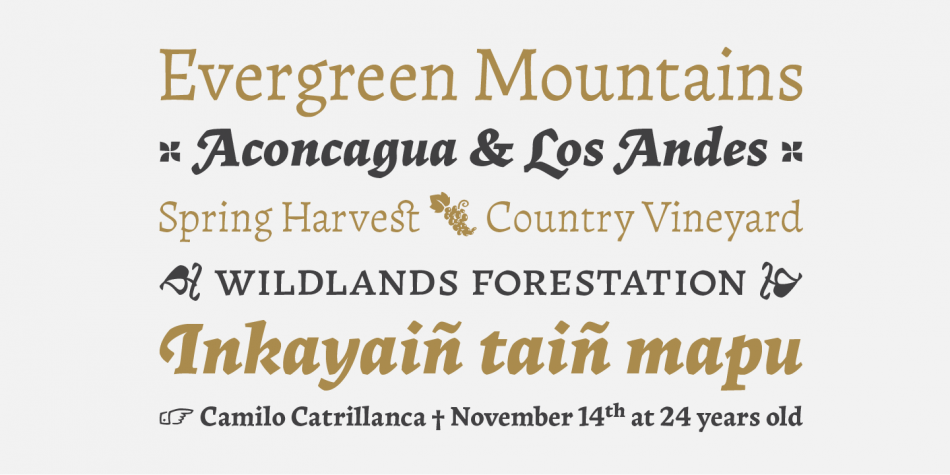 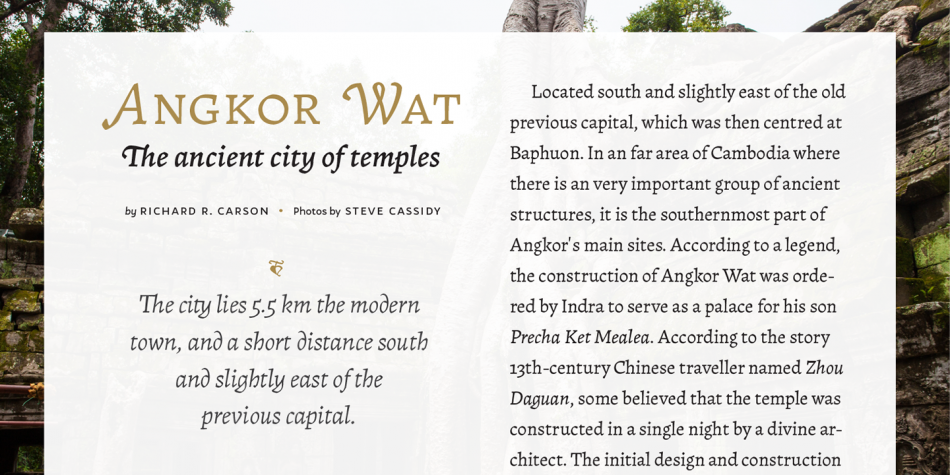 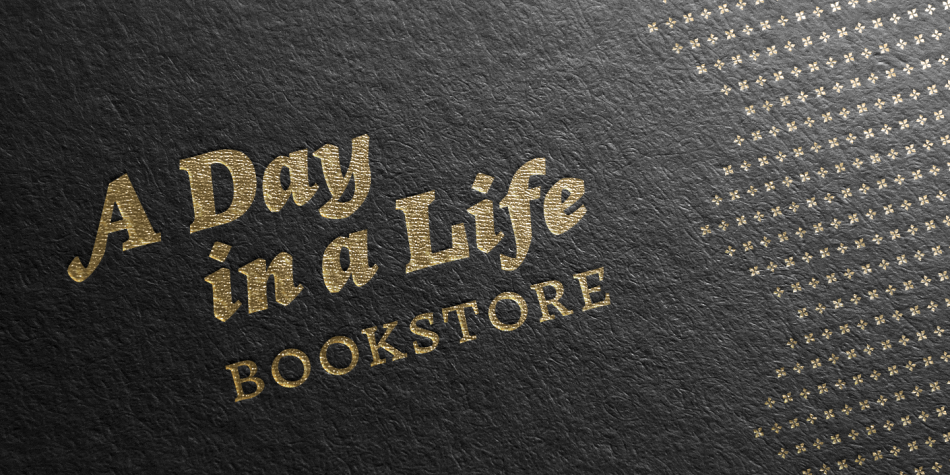 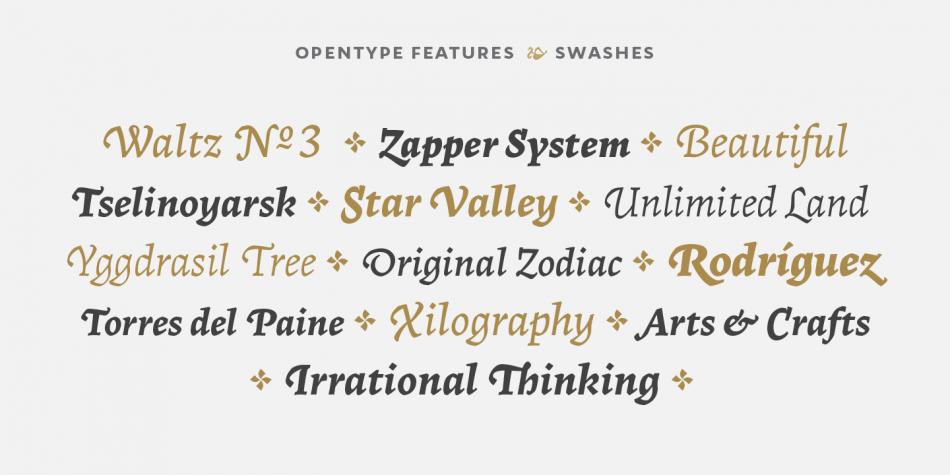 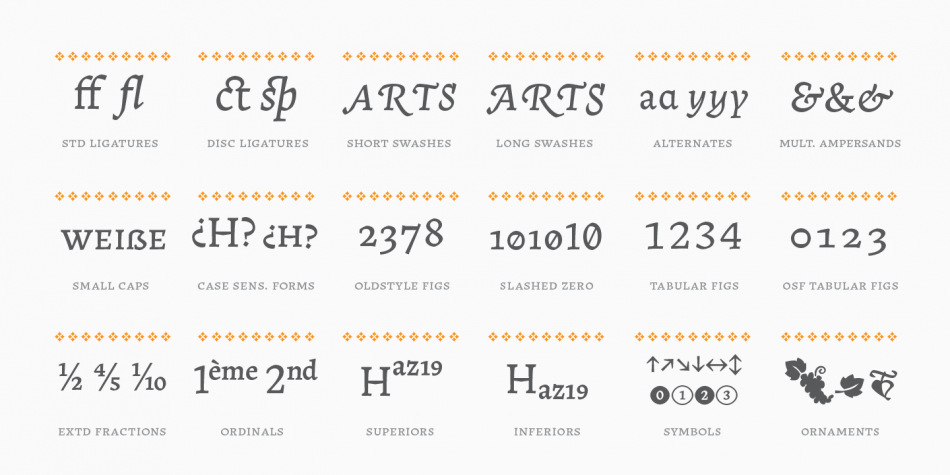 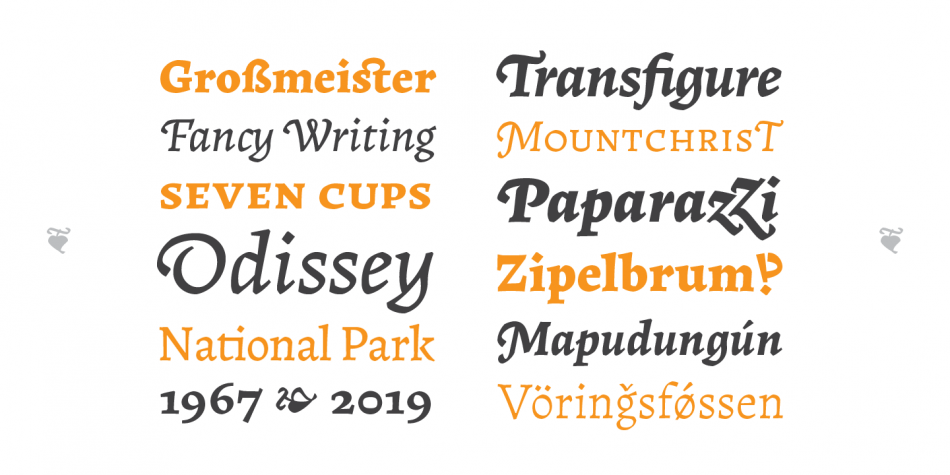 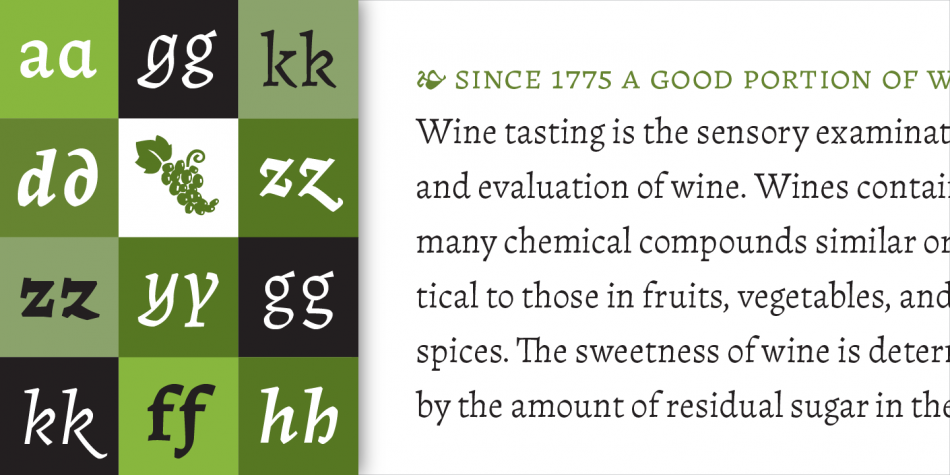 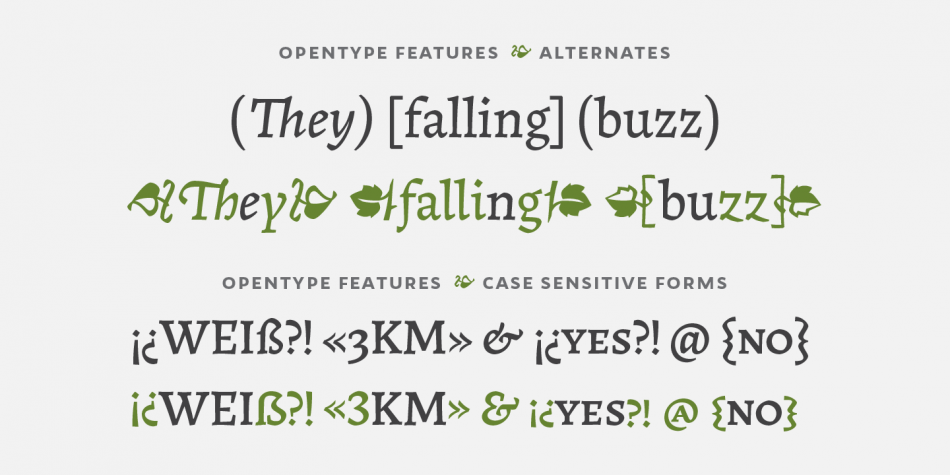 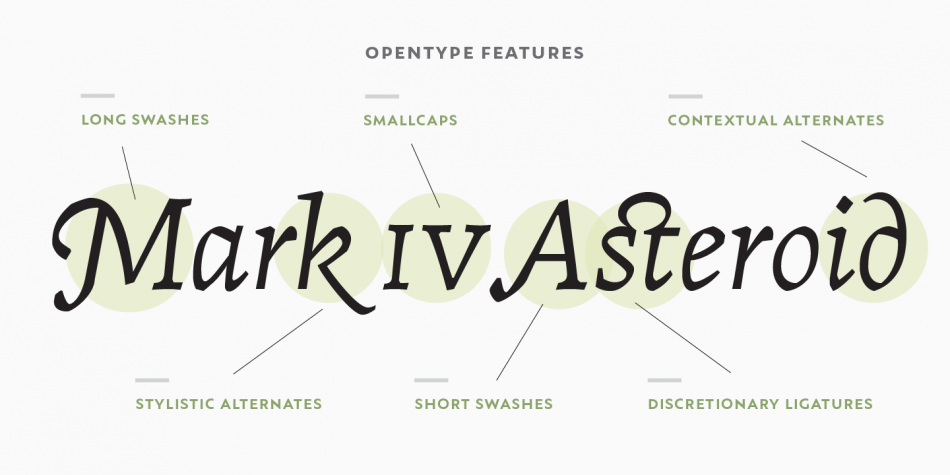 Designed by Sergio Leiva Whittle, Radal is a serif font family. This typeface has fourteen styles and was published by Untype.

Two times awarded on Bienal Tipos Latinos 2012 and 2014, Radal is one of the most expected releases for all those who know well the latin american type scene. Inspired by the capricious and temperamental southern Chile geography and the beauty of its landscapes Sergio Leiva develops an expressionist typeface with a very humanist feeling, taking its Czechs and Venetian references a step further by creating an unpredictable mix of forms and proportions which later crafted almost to domestication in order to fulfil its purpose of developing an expressionist non disruptive text typeface.

Radal looks extremely well balanced in long text settings at the time that embellish the page with a scent of calm wilderness. On display use, shines on its irregular nature plenty of unexpected forms and counter forms. The Radal family is composed by 7 styles plus matching italics and a set of over 1400 glyphs (1600 on italics) full of ligatures, alternates, swashes, ornaments, small caps, symbols and a complete arsenal of typographic resources for your delight.