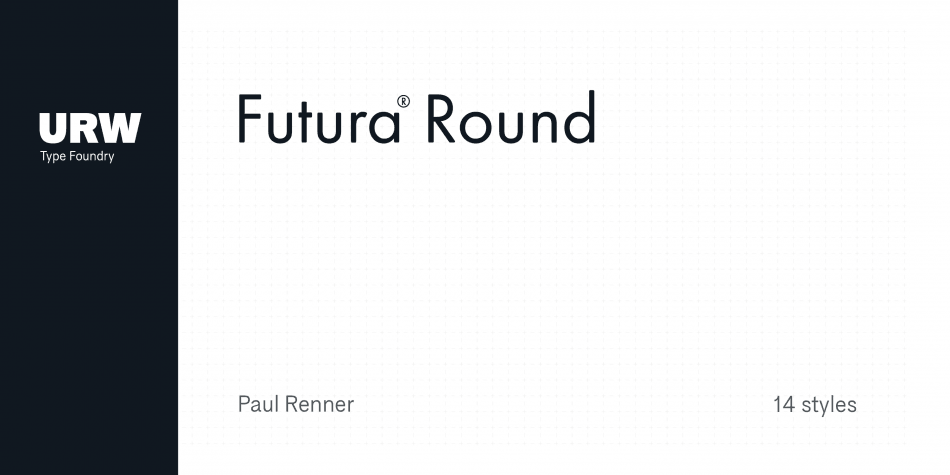 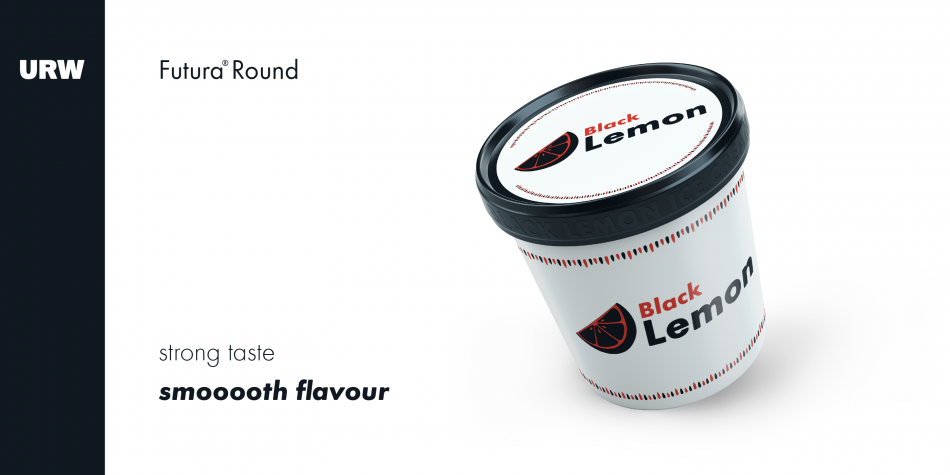 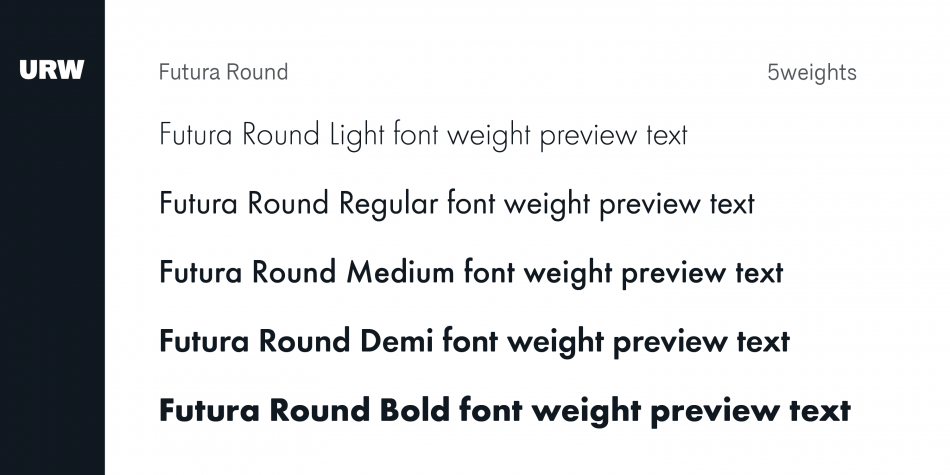 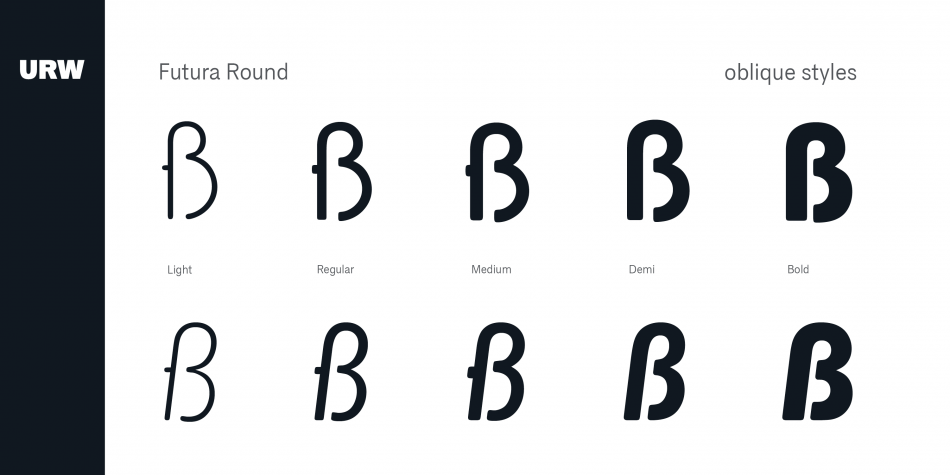 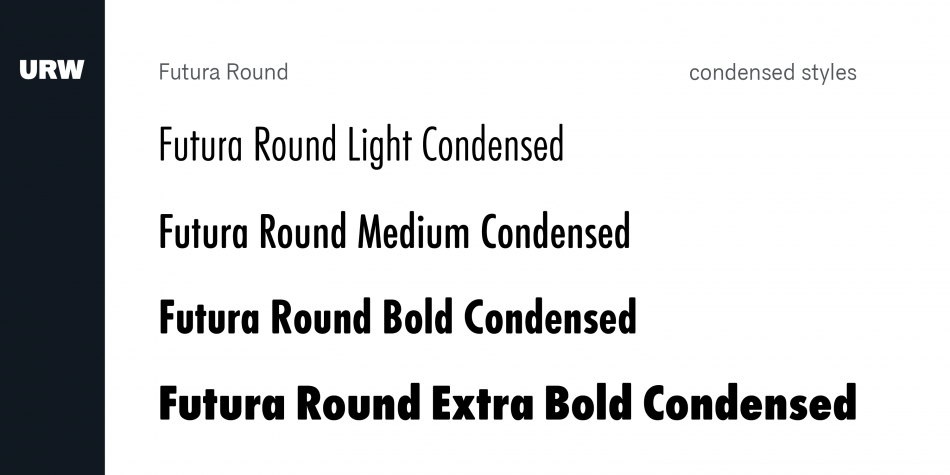 Designed by Paul Renner, Futura® Round is a sans serif font family. This typeface has fourteen styles and was published by URW Type Foundry.

Futura is THE prototype of a geometric or constructed linear sans serif and the font of its kind most commonly   used to date. Futura, very much influenced by the Bauhaus movement in Germany, was designed in 1927 by Paul Renner. Although being around for almost 90 years, Futura seems eternally young and fresh which also explains its continuous popularity with designers and typographers. Futura simply means efficiency and functionality documented by both its many usages as corporate type (e.g. Volkswagen, formerly IKEA, Vuitton, Shell, formerly HP, SMA and many more) as well as in various famous film projects (e.g. Kubrick, Anderson etc.). Futura’s iconic status was probably established when it walked on the moon with the Apollo 11 crew in 1969. It was used for the lettering of the plaque that was left up there.

Futura Round is a softer extensio to this family with rounded edges.