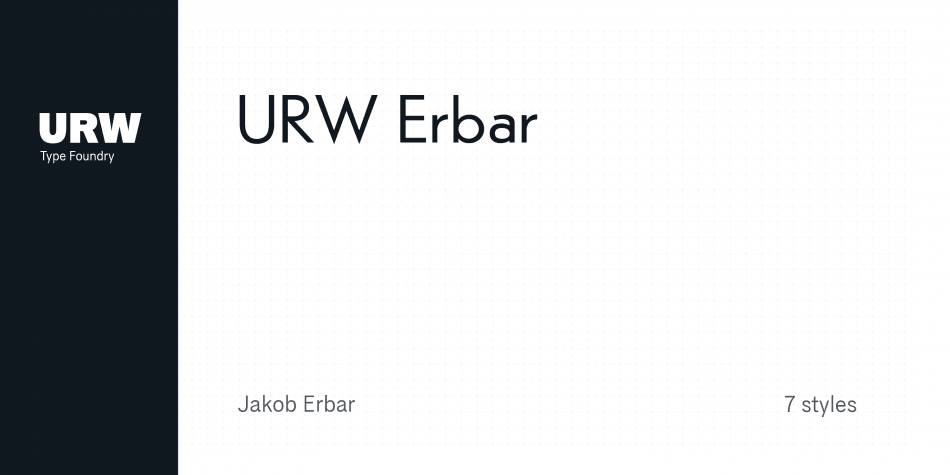 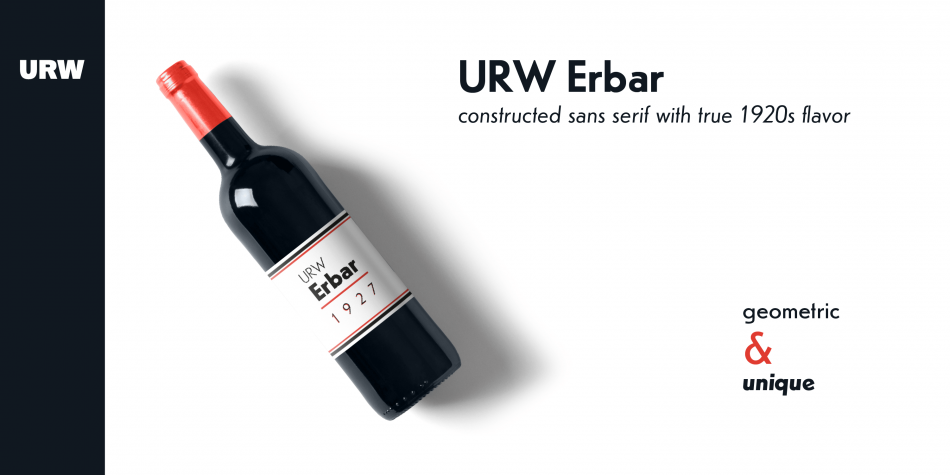 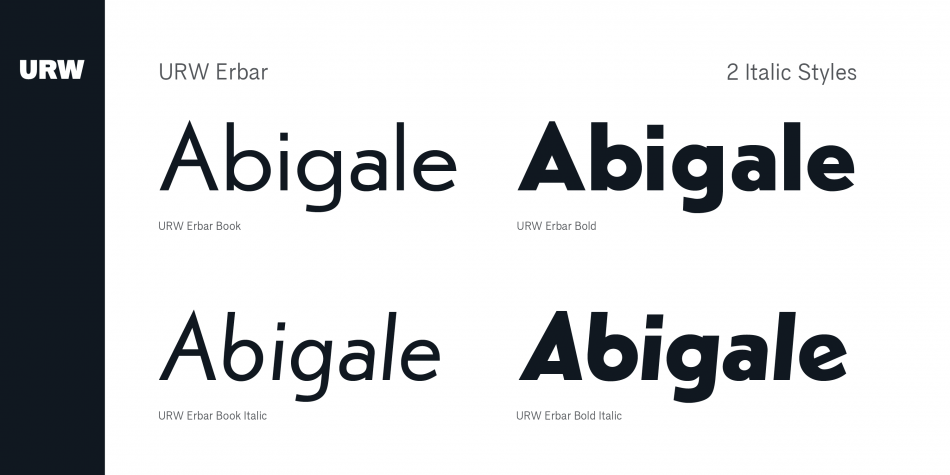 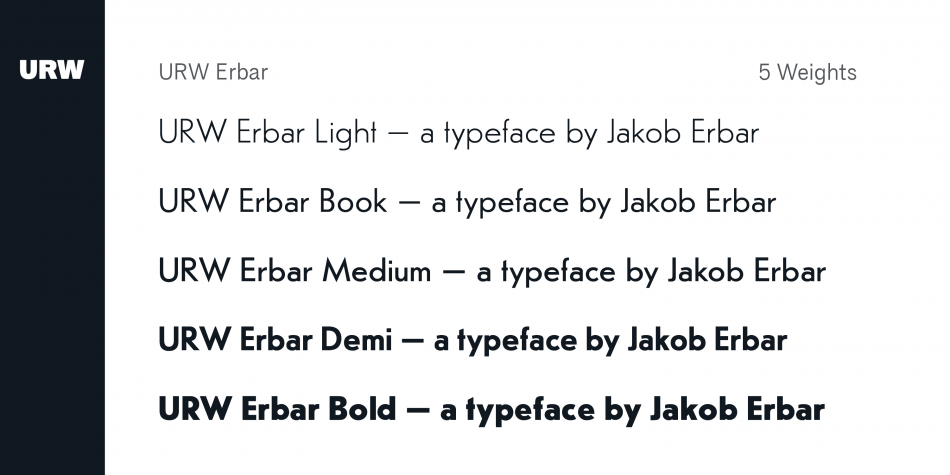 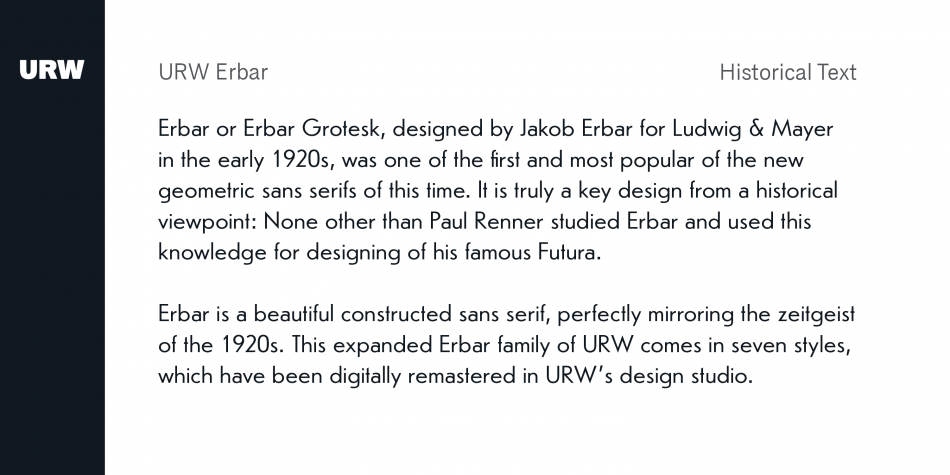 Designed by Jakob Erbar, URW Erbar is a sans serif font family. This typeface has seven styles and was published by URW Type Foundry. 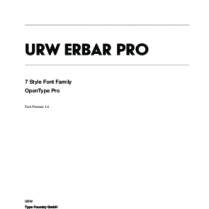 Erbar™ is a Trademark by Bauer Types SA

Erbar or Erbar Grotesk, designed by Jakob Erbar for Ludwig & Mayer in the early 1920s, was one of the first and most popular of the new geometric sans serifs of this time. It is truly a key design from a historical viewpoint: None other than Paul Renner studied Erbar and used this knowledge for designing of his famous Futura. Erbar is a beautiful constructed sans serif, perfectly mirroring the zeitgeist of the 1920s. This expanded Erbar family of URW comes in nine styles, which have been digitally remastered in URW’s design studio.