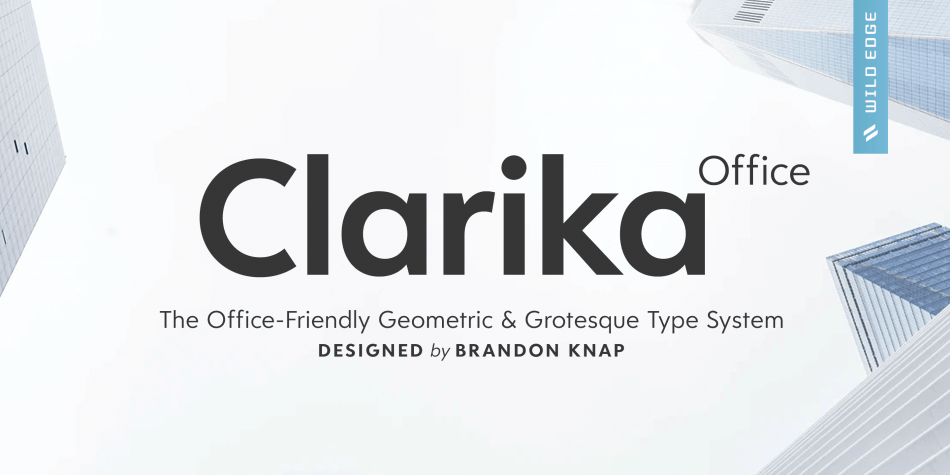 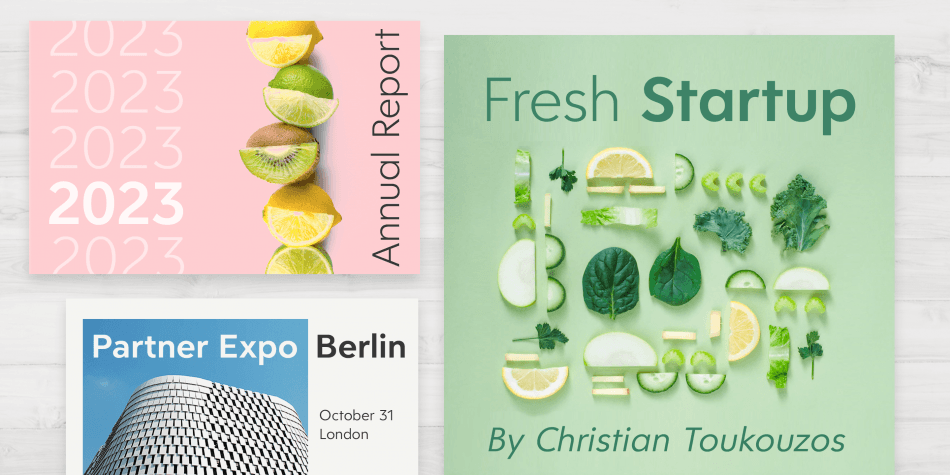 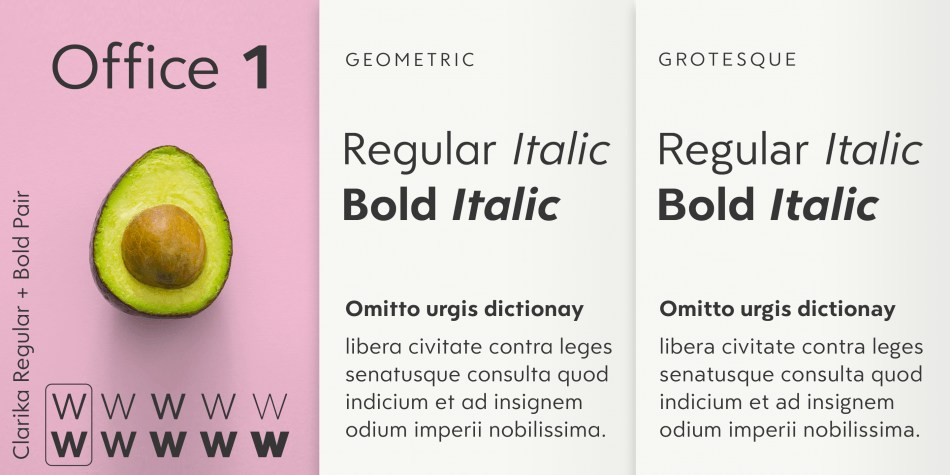 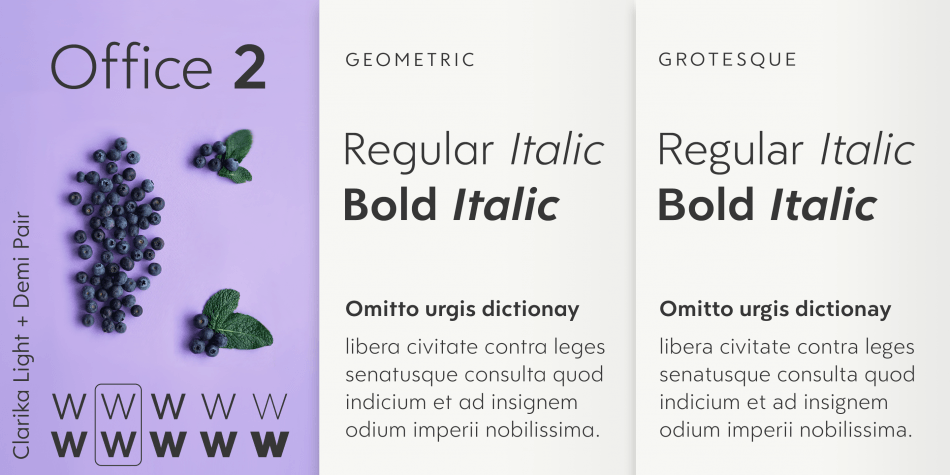 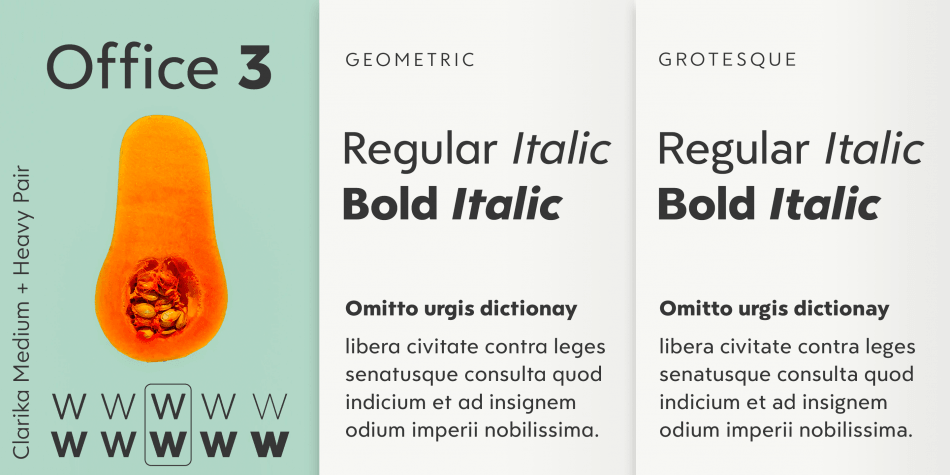 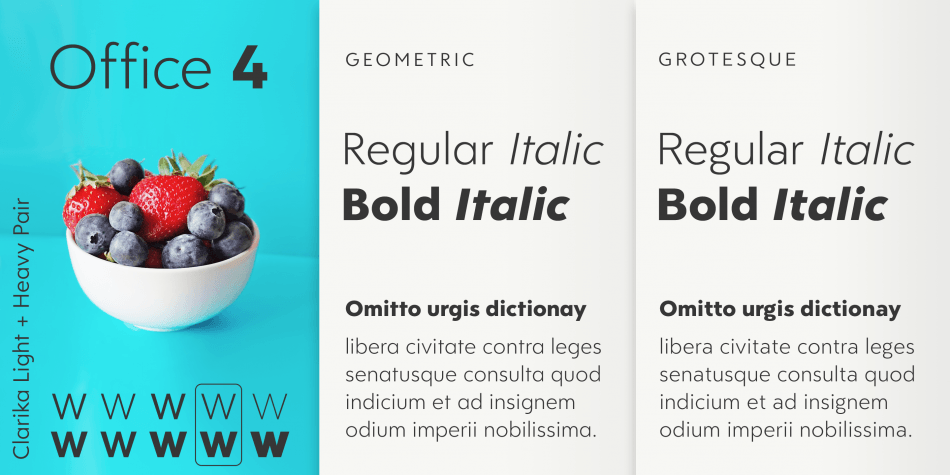 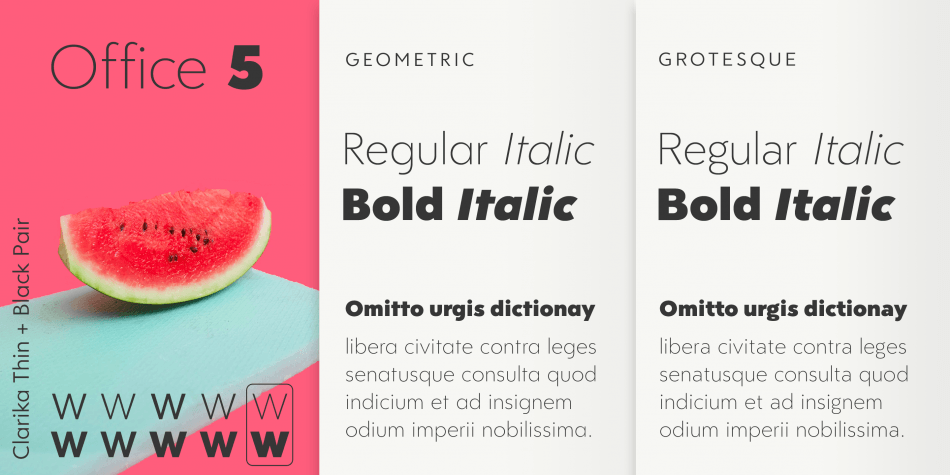 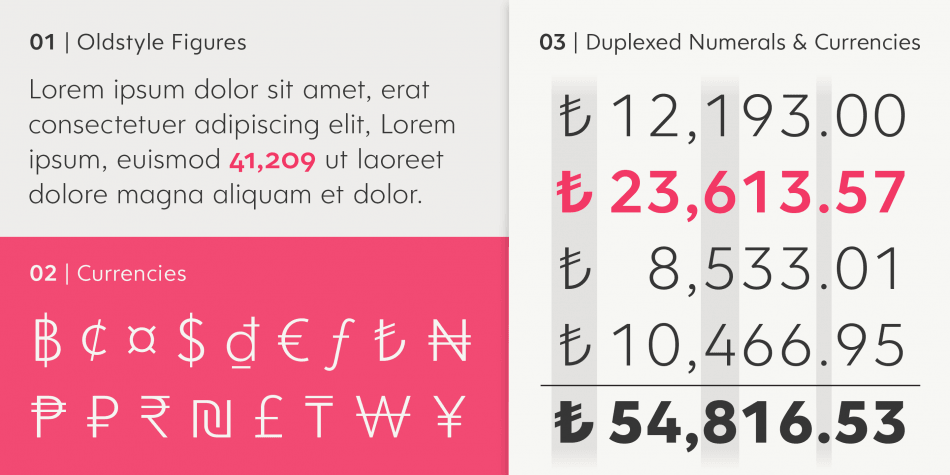 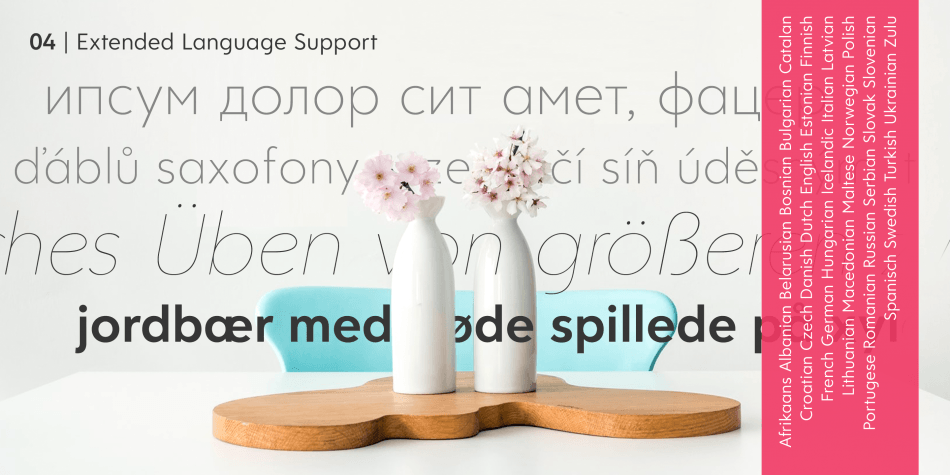 Designed by Brandon Knap, Clarika Office is a sans serif font family. This typeface has forty-eight styles and was published by Wild Edge.

Clarika is driven by the core concept that a font family can provide both a geometric and grotesque set of sub-families, interchangeable to create a robust versatile type system.

Clarika Office is the suit-and-tie companion to Clarika Pro, offering a pared down set of styles to improve the ease of use within office applications such as Word or PowerPoint. Office carries nearly all the same features as Pro. Multiple family classes have been designed mapping popular combinations of weights from Clarika Pro giving flexible options for brands in an otherwise limited environment.

Within all Clarika families co-exists two sub-families, Clarika Geometric and Clarika Grotesque. Clarika Geometric is the backbone of the system defined by calculated precision, balance of hard and soft geometry, and simplicity of form while Clarika Grotesque is refined by traditional cues, elegant page texture, and classic grotesque detailing. Unique notches and angled terminals throughout both sub-families invite negative space into counters allowing letterforms to become more legible and gracefully support an incredible range of weight options. Clarika is both a nod to the past and a step towards the future.