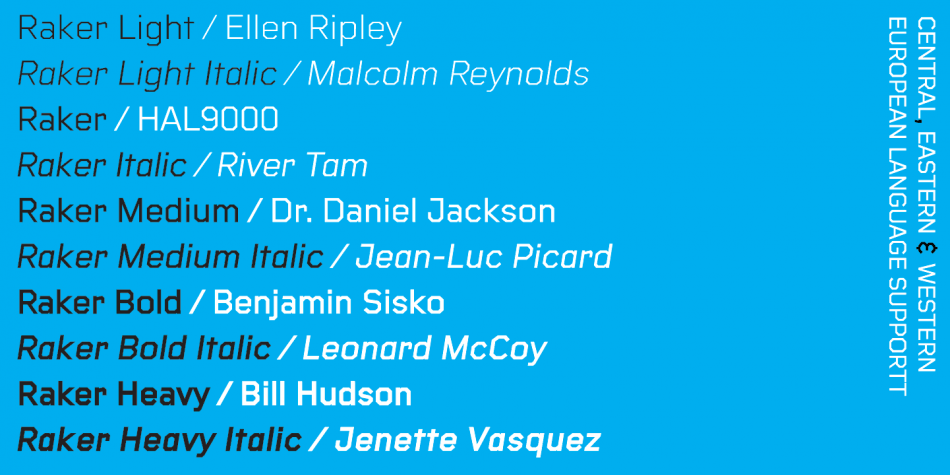 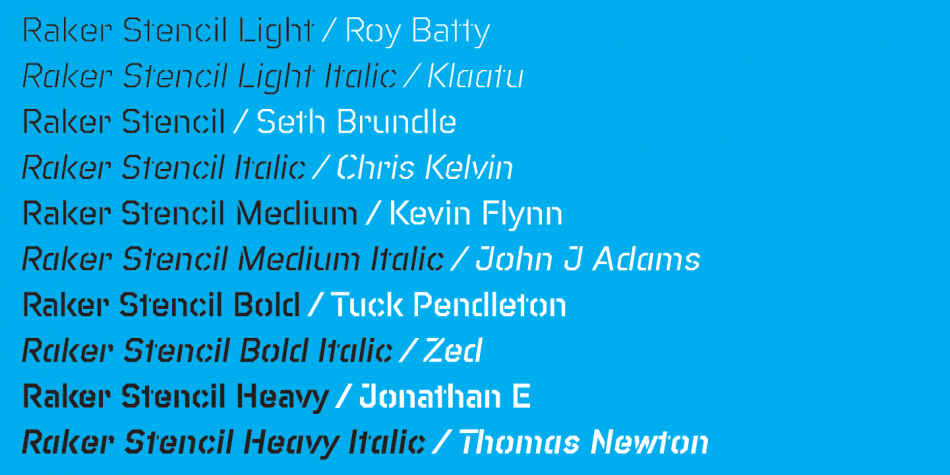 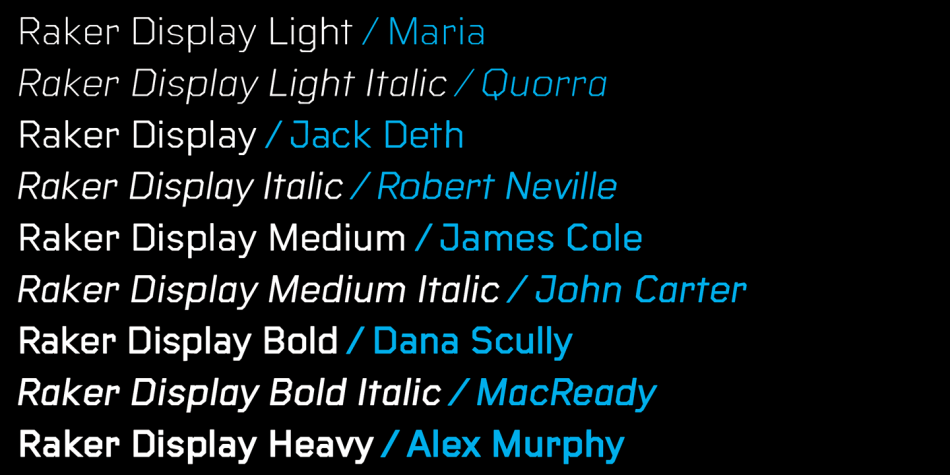 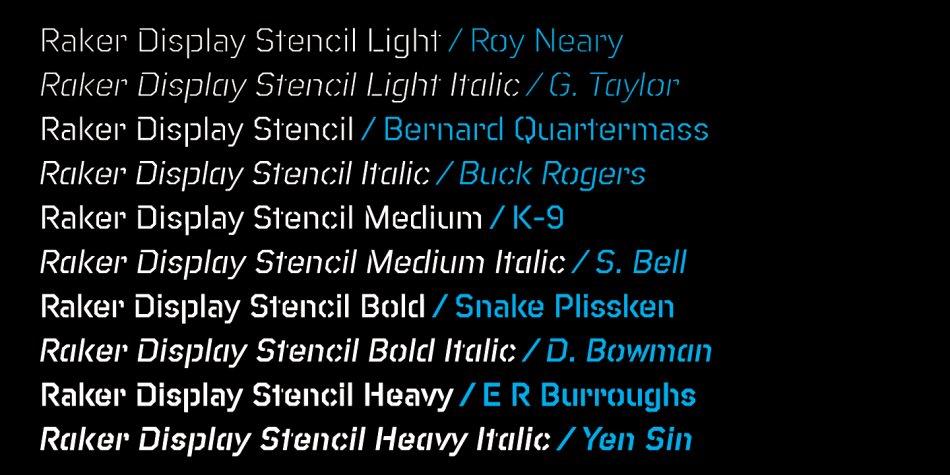 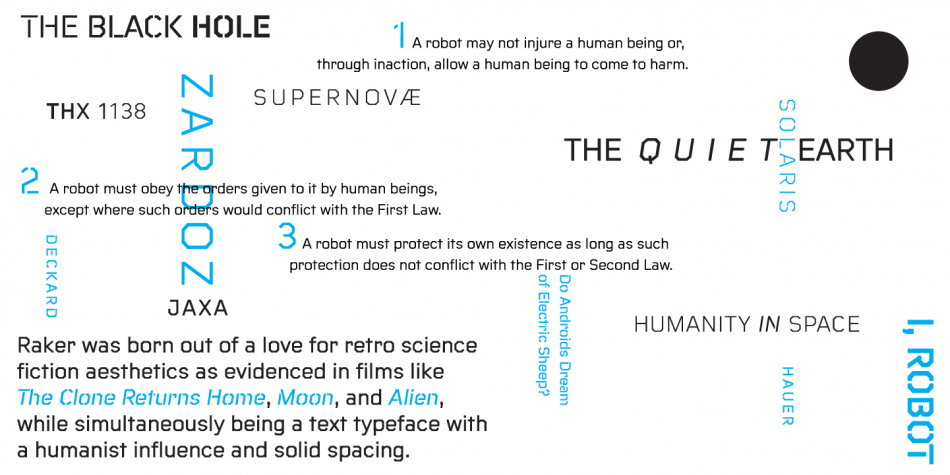 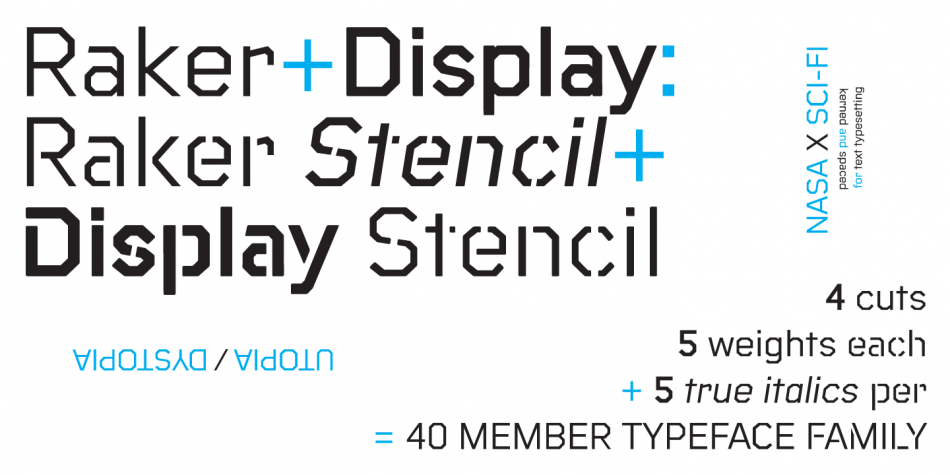 Designed by Ian Lynam, Raker is a stencil and display sans font family. This typeface has forty styles and was published by Wordshape.

Raker was born out of a love for retro science fiction aesthetics as evidenced in films like The Clone Returns Home, Moon, and Alien, while simultaneously being a text typeface with a humanist influence and solid spacing. The family includes 4 cuts: Raker, Raker Display, Raker Stencil, and Raker Display Stencil. Each cut includes 5 weights of Roman and italic characters—Light, Regular, Medium, Bold, and Heavy.

Each weight of each cut has been lovingly spaced and kerned, and all weights support Western, Eastern and Central European languages. Hidden pattern glyphs are included, as are standard ligatures. All italics are true italics and extensive currency support is included. All weights of all cuts have been extensively hinted for the best performance on-screen.

Raker was designed to function as a fun, futuristic family of typefaces that will suit a wide variety of applications.